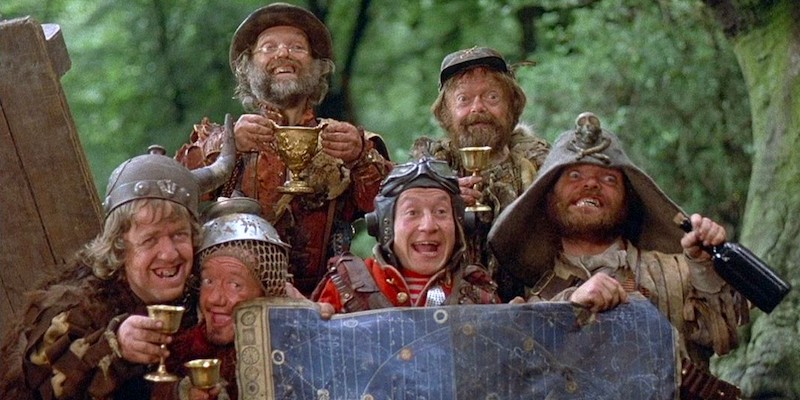 The director has been attached to an ever diverse group of projects – most recently a series based on Terry Gilliam’s fantastical movie for AppleTV.

This project is going to face some scrutiny. Time Bandits is one of those life defining movies – like the original Watership Down series, The Hobbit animated series, and the Star Wars OT – for a generation of people. It came out in 1981, and was one of Gilliam’s first full length ventures outside of his work with Monty Python. It has an amazing cast, and was written by Gilliam with the help of Michael Palin.

The story focuses on Kevin, an 11 year old history buff, who finds a time hole in his wardrobe. What follows is a multi-dimensional, crazy, hilarious, and adventure filled story across history – with stops in ancient Greece, the Middle Ages, Napoleonic times, and the turn of the 20th century. They eventually find themselves facing Evil in the Fortress of Ultimate Darkness. It takes itself very seriously, as you’ll see in this official trailer…

Kevin’s adventure was the first of Gilliam’s Trilogy of Imagination – Time Bandits, Brazil, and The Adventures of Baron Munchausen. The trio of movies are all about how odd society is, and our need to escape it. Each tackles that with a protagonist at a different life stage – from boy to a man in middle age to an elderly man looking back at his youth. Ot’s an interesting ride to watch them back to back.

Waititi’s sense of humor is a great match for this, and he will be working directly with Gilliam on the project. That said, I’m not super big on re-makes. I’m hoping for an expansion with new encounters in different time periods; something a new generation will enjoy as much as we have the original film, with some nods for us old kids.  It has potential to be a lot of fun.

While we’re waiting for this one, Gilliam’s long anticipated The Man Who Killed Don Quixote is arriving in a limited number of theaters April 10th. This movie has been in the works for nearly 30 years – it has been stymied by lack of funding, a revolving cast of actors, and multiple re-writes. There’s a documentary about it, if you’re interested. The response to its premier at Cannes Film Festival was good, so if you’re a big fan of the director I’d track down a ticket.