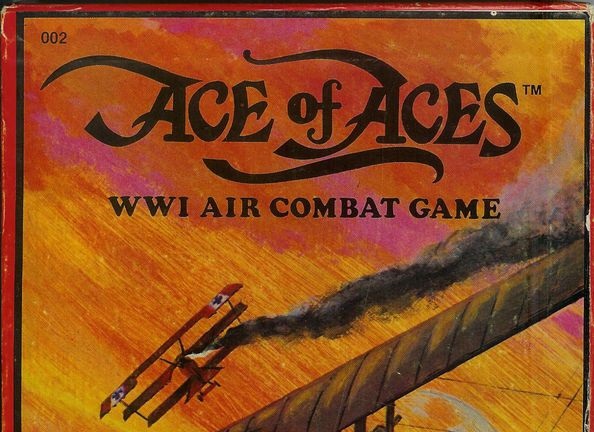 Ace of Aces could be among the most unique concept for a game I’ve seen in a very long time.

Games come in all shapes and sizes: Board games, card games, computer games, mind games. But I’ve always had a soft spot for game books. They are a really novel way of playing a game and usually very portable, which is a nice bonus. 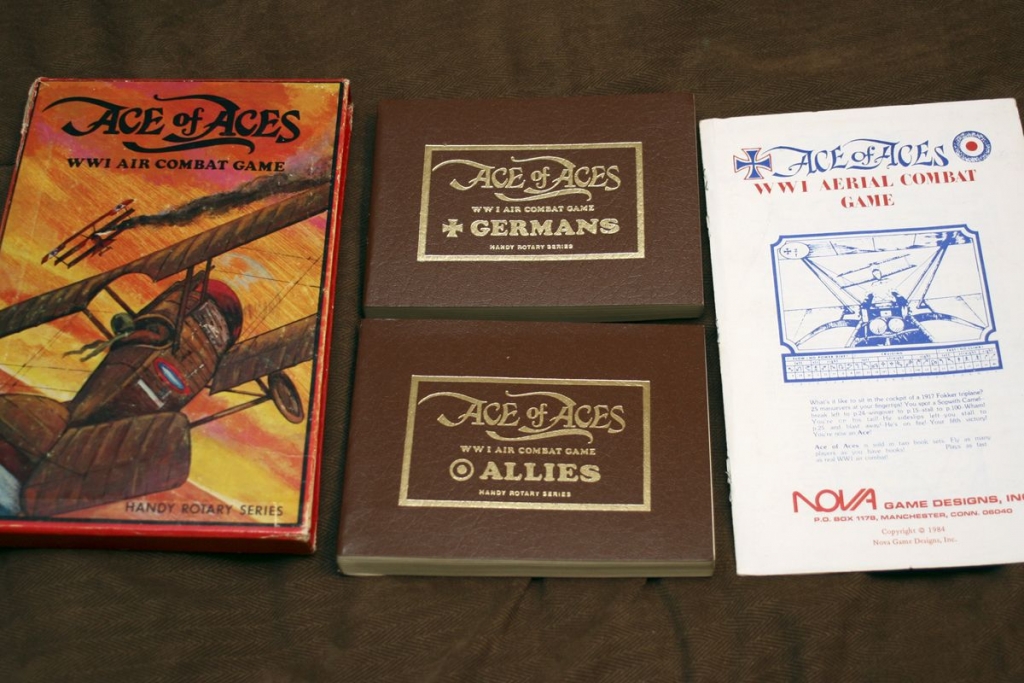 102 years ago on March 26, 1917 was the First Battle of Gaza in World War I, or as it was known at the time “The Really Big Fight With Almost Everyone: Part 1”. So I thought it would be a good time to look at some retro WWI games, and an even better chance to look at this super unique game! It even has its own patent! 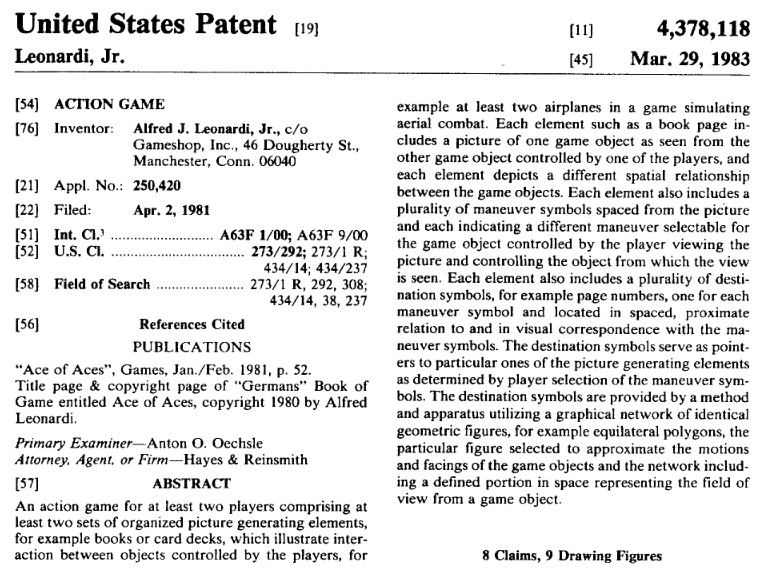 First released in 1980, Ace of Aces is the first of the Handy Rotary Series. It was a series of game books which were designed to be played in a 2 player game. The principle of each game was that each page would represent a game state and through player choice of action, would determine to which page each player would flip, to designate the next game state. This would continue until one player was in a position to shoot down the other. 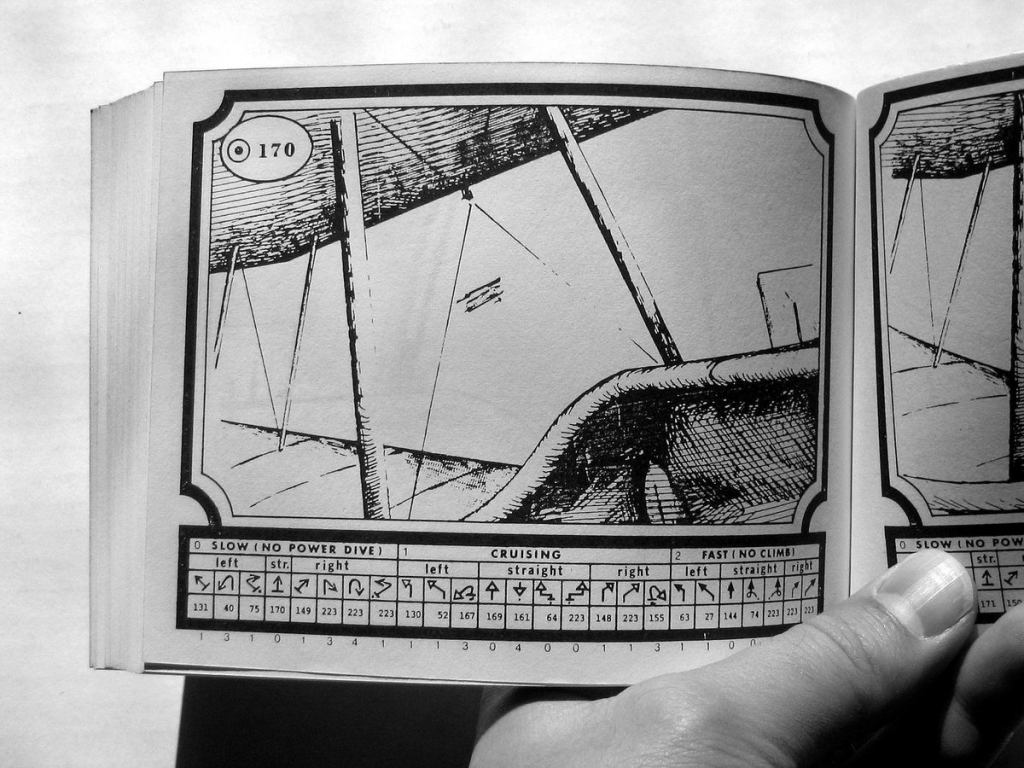 Both players begin on page 170. Why? Just because. From there, each player chooses their maneuver from those listed. The objective is to get into a position whereupon you’ll be able to fire on your opponent, winning the game. The basic rules ignore things like altitude, ammo count, wind speed and others.

Once each player has chosen their maneuver, they tell their opponent the number listed below that maneuver and that player turns to that page in their book. Once both players have done that, the game continues on the new pages. If a player can get behind the other, they are ‘tailing’ them and are given the advantage. The opposing player must first announce which direction they are turning (left, straight, right), before maneuvers are announced. 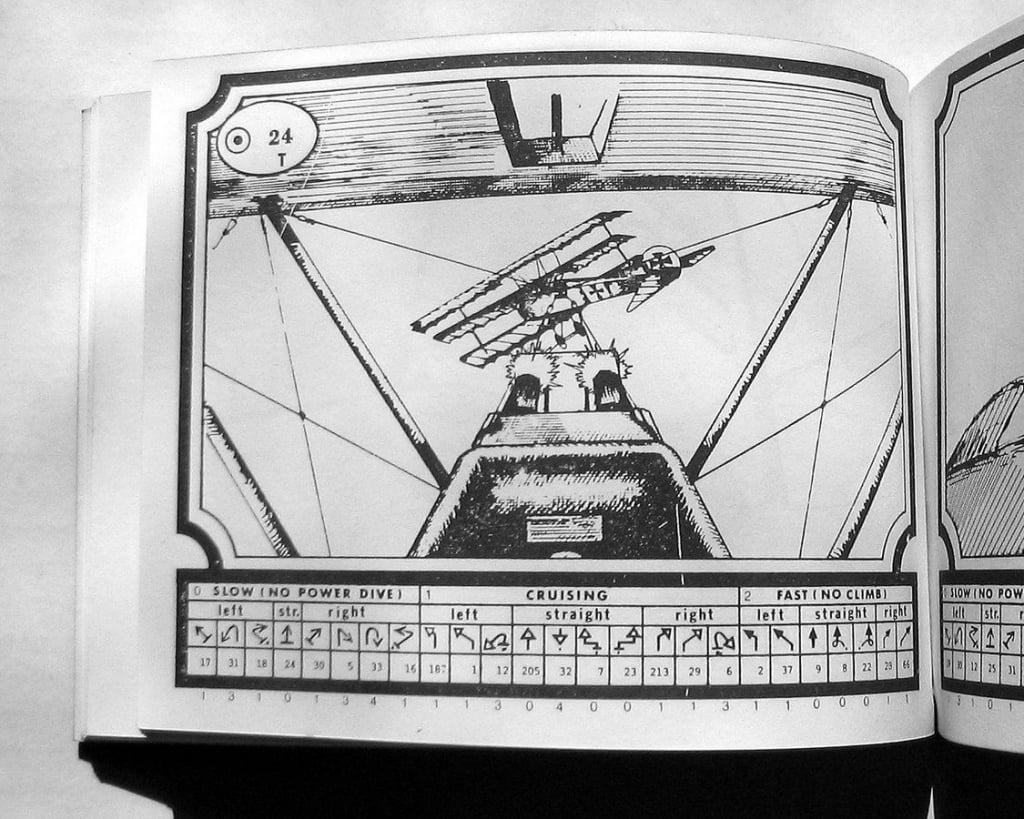 As with many classic war games the amount of rules customization is massive. In the most basic rules, shooting at your opponent simply deals damage and once you deal enough damage, you win!

But more advanced rules have combat charts and damage allocation and more tables than you could shake a stick at! 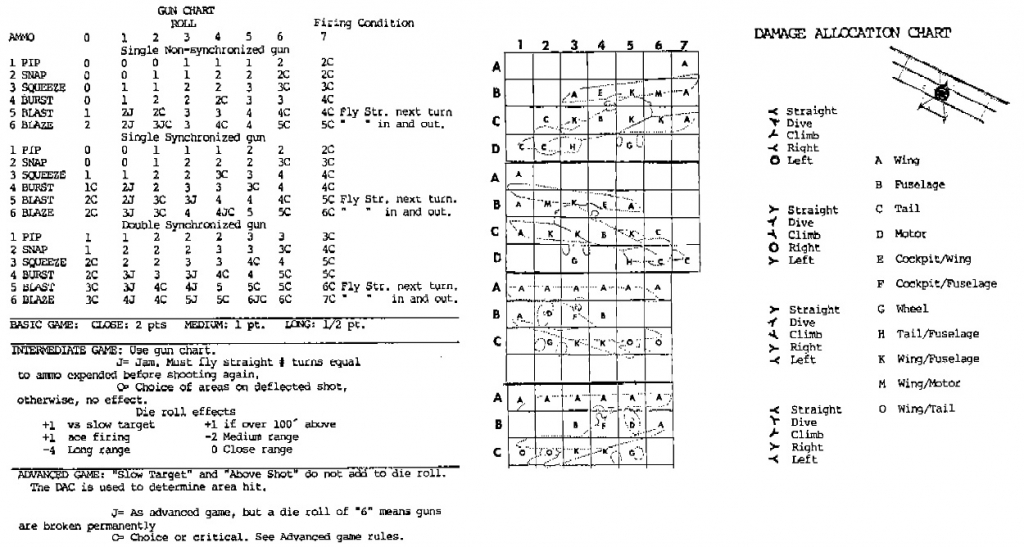 I really can’t get over how interesting of a game concept this is. There were other games in the Handy Rotary Series, such as Bounty Hunter: Shootout At The Saloon. 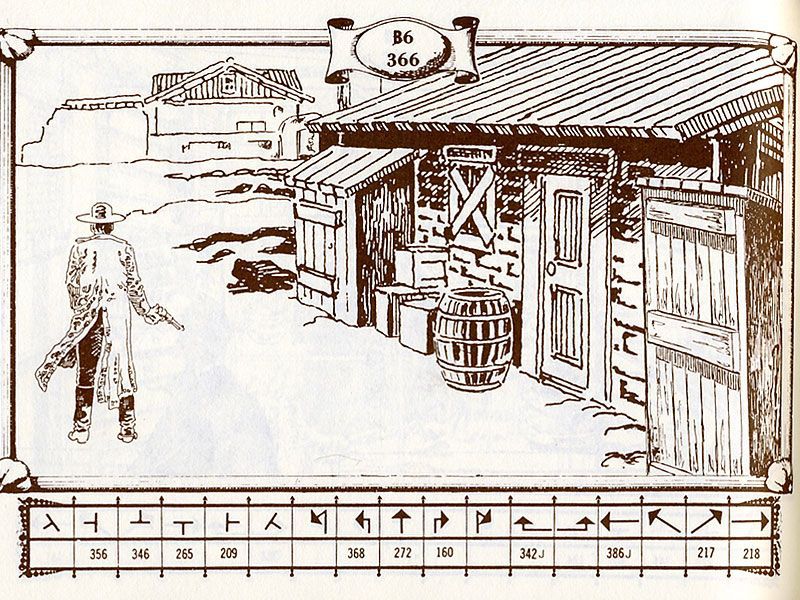 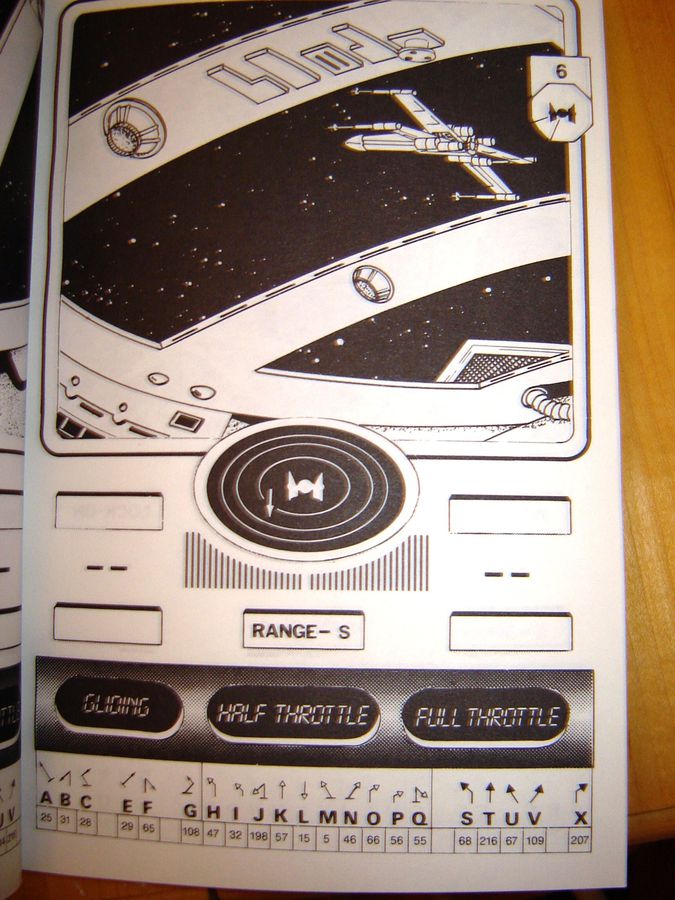 There was a successful Kickstarter back in 2014 to get these books reprinted with the go-ahead from the original publisher. This is a very cool series and seems like there is still a pretty active community for it and the games using the same system. 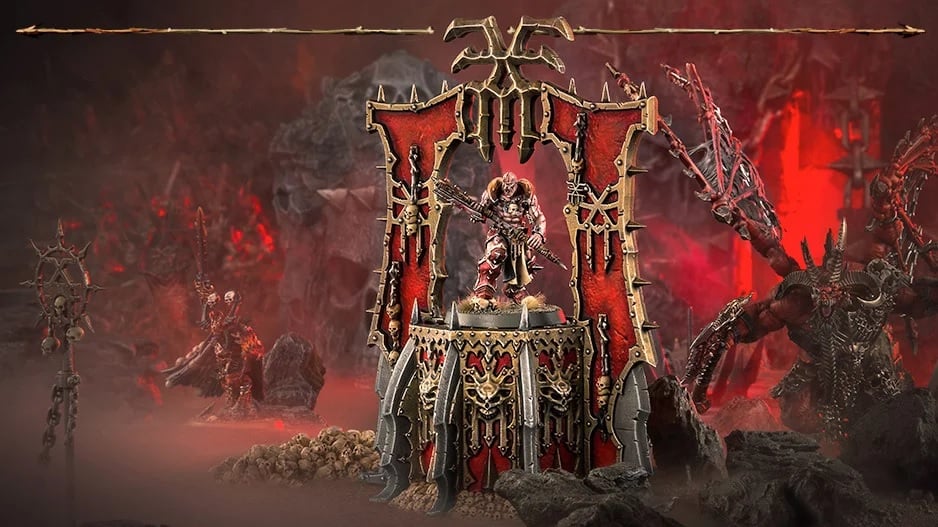