Starfinder: Solar Secrets Heat Up In Soldiers Or Brass 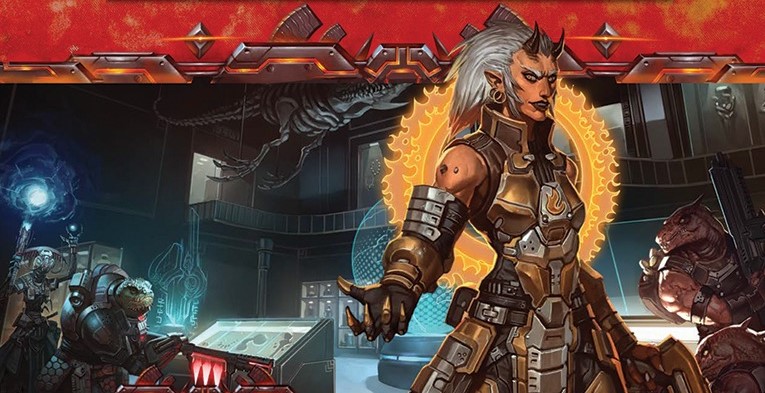 The new Starfinder adventure path is putting the hot into hot data. Foil a musem heist, recover stolen data–all on a city built in the corona of a sun.

The second installment of Starfinder’s Dawn of Flame takes players through a museum heist, an unstable market, and the Burning Archipelago. When action and adventure take you to the corona of a sun and in the path of fiery elementals and even onto the bridge of an Efreeti Starship. Whether you’re looking for new aliens, new deckplans, new locations, or a way to use all those fire elementals you got in that one kickstarter, Soldiers of Brass is a great way to turn up the heat at your tabletop. 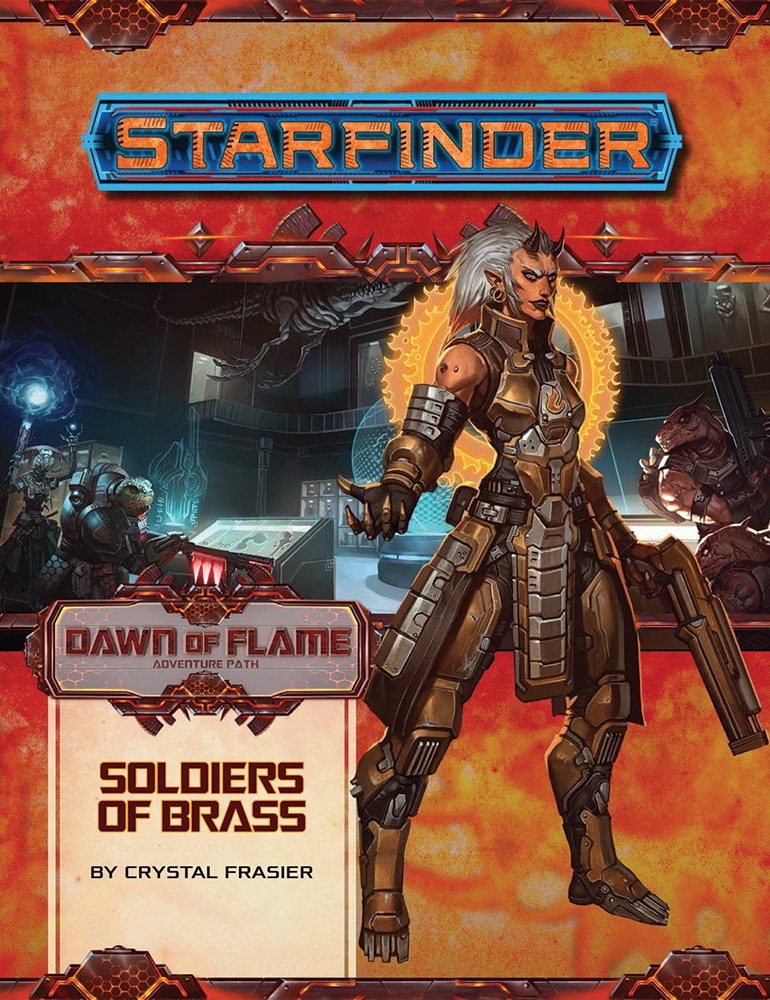 Now employees of the Deep Cultures Institute, the heroes are set to investigate what’s happening in the sun. Burglars in the DCI museum throw that plan askew by stealing the institute’s data. The missing files are compiled and cross-referenced rumors on potential intelligent life inside the Pact Worlds’ star, none of them substantiated. Who might want such speculation, and why? Following the robbers’ path takes the heroes to the bubble-city of Corona and the infamous, unstable Brass Bazaar, where they learn the thieves weren’t the only ones interested in the DCI’s guesswork. The heroes must uncover who has the stolen data, find out where it’s stored, and extract it. In the process, they discover more than they bargained for!