ToyLand: Raise Your Glass for a Toast to This New Red Skull Fig 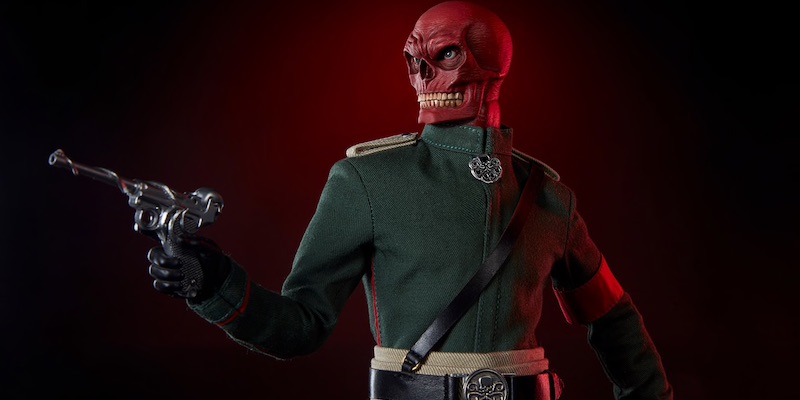 … and to unending conquest; and be sure to have offerings of food and more drink because he has victories to plan.

This new nefarious Red Skull aka Johann Schmidt – figurehead of HYDRA and archenemy of Captain America – fig is the latest addition to Sideshow’s Marvel Sixth Scale collection. It has a detailed headsculpt with piercing eyes and a menacing grin, plus there’s an alternate with a scowl if you go for the collector’s edition. He comes clothed in a fabric costume inspired by the comics that shows his rank in the evil organization with several medallions and an arm band. Red Skull also comes equipped with an officer’s knife, a pistol, a cane to bash in the heads of his enemies, and a mysterious Cosmic Cube of power.

This fig is available for pre-order now, and is expected to ship Q4 of this year. 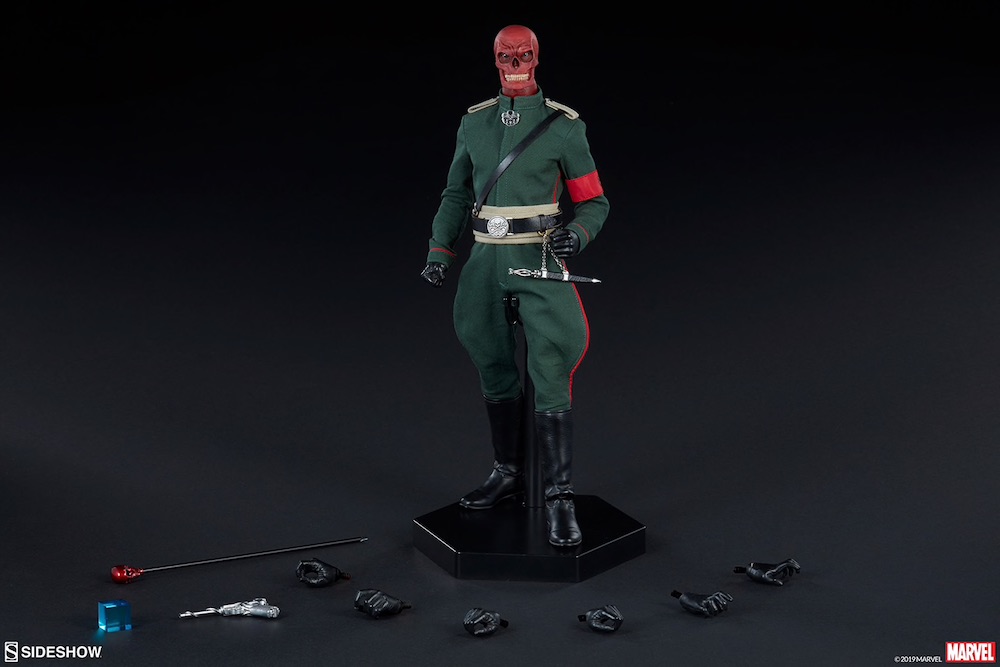 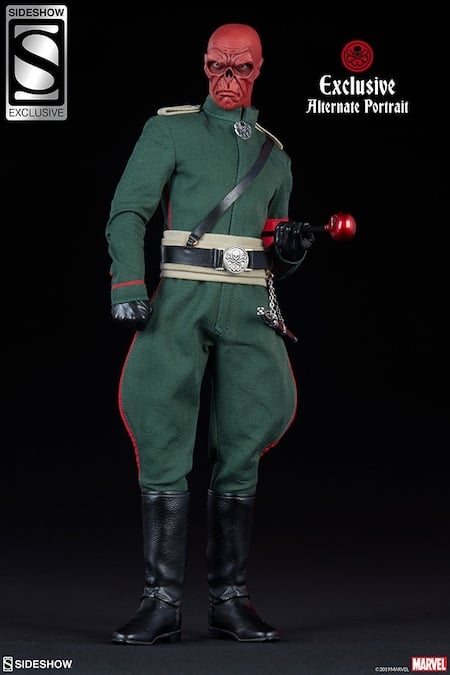 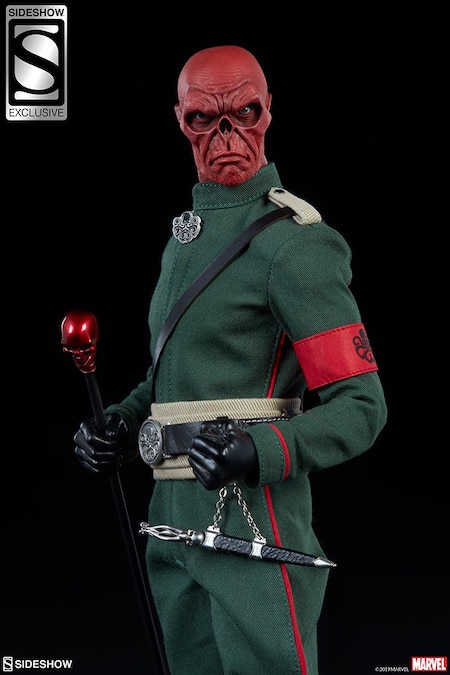 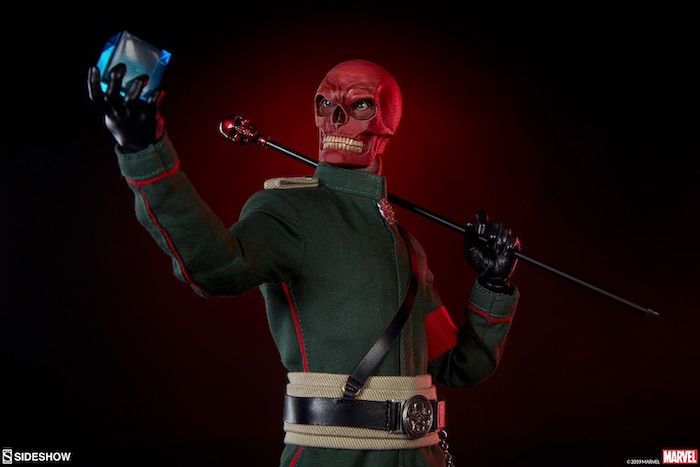