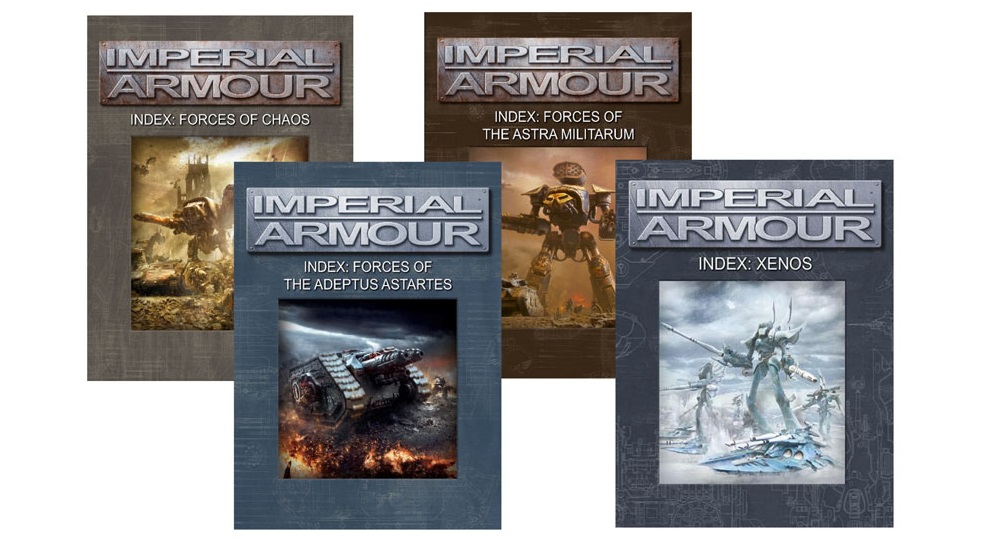 The Imperial Armour Indexes have done their duty – but it’s time to get with the rest of the edition.

With Apocalypse on the horizon, it seems like a great time to for Games Workshop and Forge World to re-work and re-release the Imperial Armour series. We’ve had the indexes since the game was relaunched with 8th Edition. Now is the time to see all four books get replaced with tweaks, updates, and nicer Hardback copies. 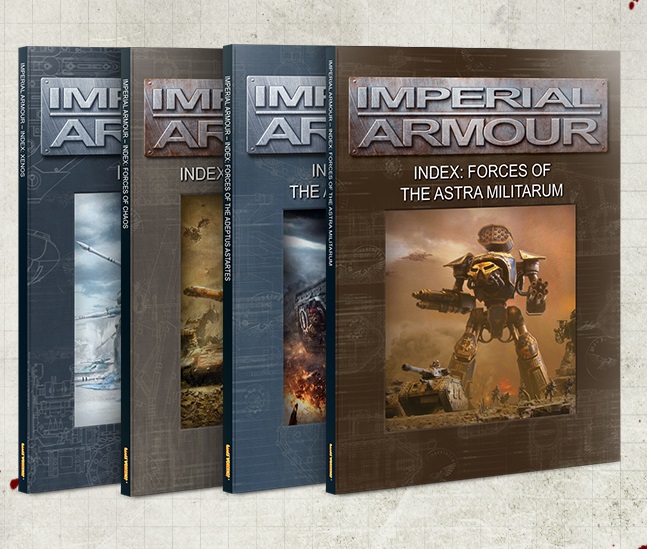 While these books are functional, much like the army Indexes, these books stripped out all of the character and non-gameplay tidbits. If you want to run a Reaver Titan you 100% can with the rules in the book – but don’t look inside those covers for any history, famous Titans, or any context. They are just datasheets.

What we need is a return of the old style Forge World Imperial Armour books – the ones that had campaign info, maps, art, and all the extras that make these books more than just collections of datasheets. These lavish books were a great pairing with the Forge World kits. If I ever get a Sokar Pattern Stormbird, I’d like to know a bit more about the vehicle than it’s stat-line. 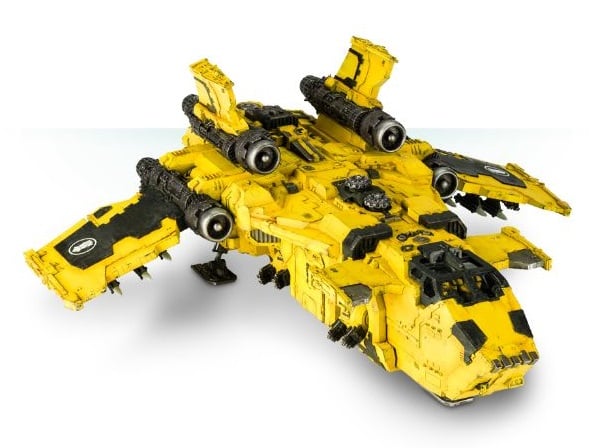 I spent a LOT of money, and all I got was this datasheet. I didn’t even get a T-Shirt!

Forge World’s massive kits are special in a way. They are the exotic collector’s kit and should be treated as such with way more pomp and prestige that the Indexes give them. Yes, the books and models should have rules – but they should have some character to match. That’s where those fancy Hardbacks come in with all the extras you’d expect from a Codex – but taken to the next level by Forge World. 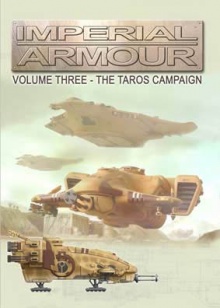 Imperial Armour books used to be great coffee table books, too. They were great conversation starters and attention-grabbers. Even if Forge World just takes the old books and reprints them with the current datasheets they would be great additions to anyone’s collection. However, if they are going to take the time to redo them, why not spend some extra time and clean-up some of the rules and oversights in those same datasheets.

“What do you mean I can’t fall back and shoot? I don’t have a rule like all the other big titans that lets me do that?! OOPS.”

It’s time to retire the Indexes. They were a great stop-gap until a lavish and impressive Hardback could be created. So, GW/FW – what are you waiting for?

What do you think? Are you an owner of Forge World models? Do you want a new Hardback for your Imperial Armours?

Author: Adam Harrison
Writer, Editor, Texas Native, and Austinite for 15+ years, Adam covers all things Tabletop Gaming. Which includes Warhammer 40,000, Age of Sigmar, D&D, Board Games and everything else that involves dice, boards, cards and a table. A hobbyist, player, and collector of miniatures and games, Adam's current obsession are his Death Armies for Age of Sigmar, his Blood Angels and Tyranids for 40k, and his ever growing Arkham Horror: The Card Game Collection.
Advertisement
Forge World Games Workshop Miniatures Warhammer 40k
Advertisement