The Space Marine range is vast – and old. There are lots of characters that need a face lift and could use a new model. Here are our picks.

Ever since Marneus Calgar survived the Primaris Protocol and got a sweet new model, we’ve been asking ourselves “Who’s next!?” We put together a list of characters that we’d love to see redone with new models and now that the Primaris Protocol can be rolled out to any old Space Marine, GW has an in-lore mechanism to update the models. Then again, we’d just like to see these guys get updated, Primaris or not!

Note: We’re lumping ALL Space Marines in this list – that includes the Dark Angels, Space Wolves, and Blood Angels. 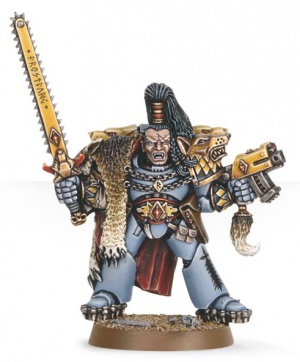 With a pose straight from the 80’s, Ragnar Blackmane is kicking off our list. He’s the youngest of Wolf Lord ever and will probably become the next Great Wolf – who better to lead the Primaris Marines of the Space Wolves than a Primaris-sized Blackmane? But seriously, I’ll take any reason to update this model.

Yeah, that’s right – I’m lumping all THREE of these characters in the mix. The Sanguinor might be a little controversal because he’s “relatively new” compared to the others – but for “someone” that is supposed to be the embodiment of Sanguinus…He’s kinda lacking. Plus he’s on a tiny base! C’mon, man…

As for Dante and Mephy – I think those models speak for themselves in terms of being dated and in need of replacement. Dante was somewhat excited at the Primaris reinforcements he received and Mephiston has already learned to control the Black Rage – how cool would it be to at least get new models for these two to show off how they’ve changed over the years. 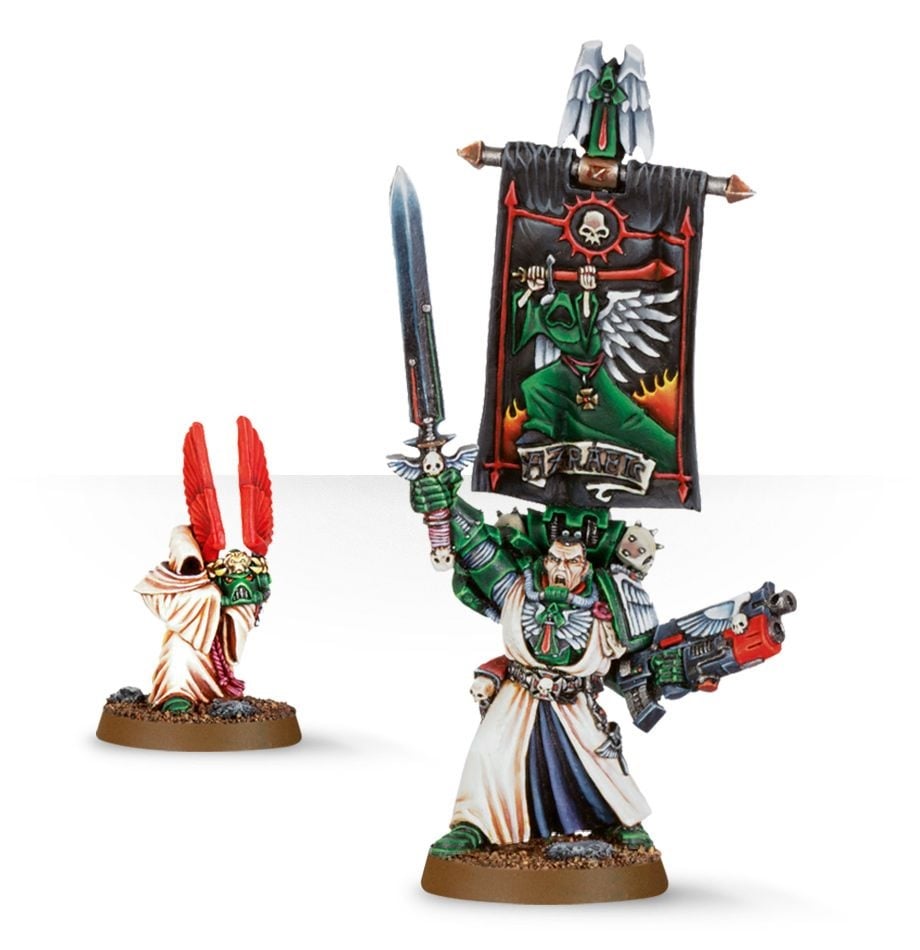 Let’s pretend that the Dark Angels are loyalist for a moment and they got access to the Primaris Protocol. Why not start with the Supreme Grand Master and juice-up Azrael?! Worst case, he survives and gets to continue on harboring his dark secrets. Best case he dies and the sweet release of death allows him to go to the grave with all his secrets intact. Either way, we can get a new model – either for him or for a Primaris Marine that becomes the new Grand Master of the Dark Angels. It’s a win-win! 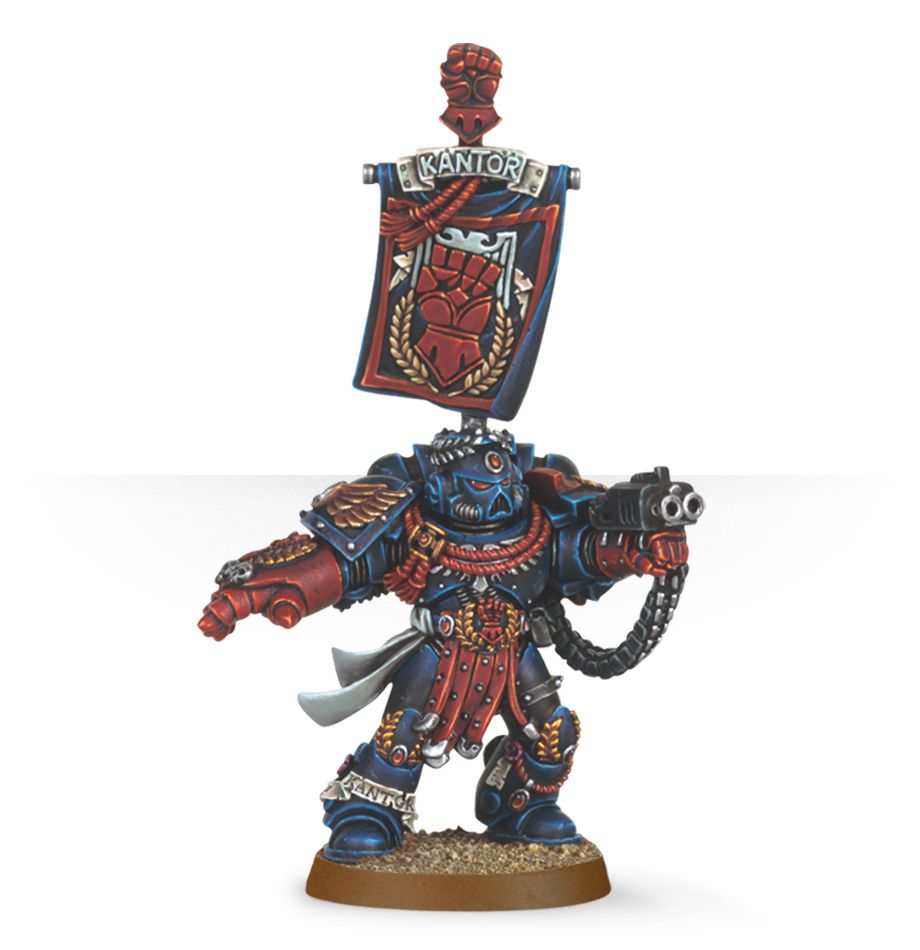 I’d vote for Pedro…to undergo the Primaris Protocol! I actually really like Pedro and his chapter’s lore. Sure, it was kind of daft that the Crimson Fists blew themselves up – but they’ve recovered! They got the Primaris, a bunch of new rules, and Pedro has proven he’s a tough character who’s not afraid to take the fight to the enemy. Let’s hit the gym and pump this guy up to the stature he deserves! 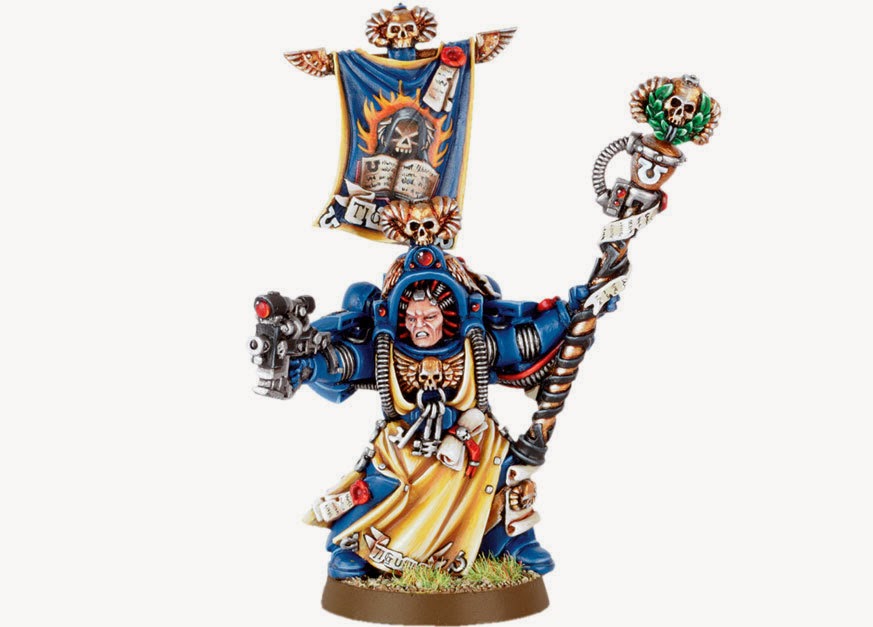 Oof. Another model that is in desperate need of a new model. Just look at that face…Or maybe it’s the fact that his Psychic Hood looks more like the Butcher’s Nails. Anyhow, If Tigurius followed in Calgar’s footsteps and underwent the Primaris Protocol we could get a new model that could possibly get a literal face-lift. And a bigger base. And look like one of the most badass Psykers in all of the Imperium!

Well that’s our list of characters we’d love to see get Primaris’d – or at least get new models. Who would you want to see get an update? Let us know in the comments!

So many options…so little time!

Author: Adam Harrison
Writer, Editor, Texas Native, and Austinite for 15+ years, Adam covers all things Tabletop Gaming. Which includes Warhammer 40,000, Age of Sigmar, D&D, Board Games and everything else that involves dice, boards, cards and a table. A hobbyist, player, and collector of miniatures and games, Adam's current obsession are his Death Armies for Age of Sigmar, his Blood Angels and Tyranids for 40k, and his ever growing Arkham Horror: The Card Game Collection.
Advertisement
Games Workshop Miniatures Space Marines Warhammer 40k
Advertisement