We’ve got our hands on the new Lord Discordant – come check out the model and get ready Chaos Unleashed!

Vex Machinator, Arch-Lord Discordant. It’s quite the title! But does it live up to the name? We think so – check it out:

The new Lord Discordant Kit is pretty impressive. It’s not just effective on the tabletop, it’s also a really nice kit! We loved the mechano-hellbeast he rides and the kit is dripping with detail. This new Daemon Engine riding character certainly packs a modeling punch to match his combat effectiveness. 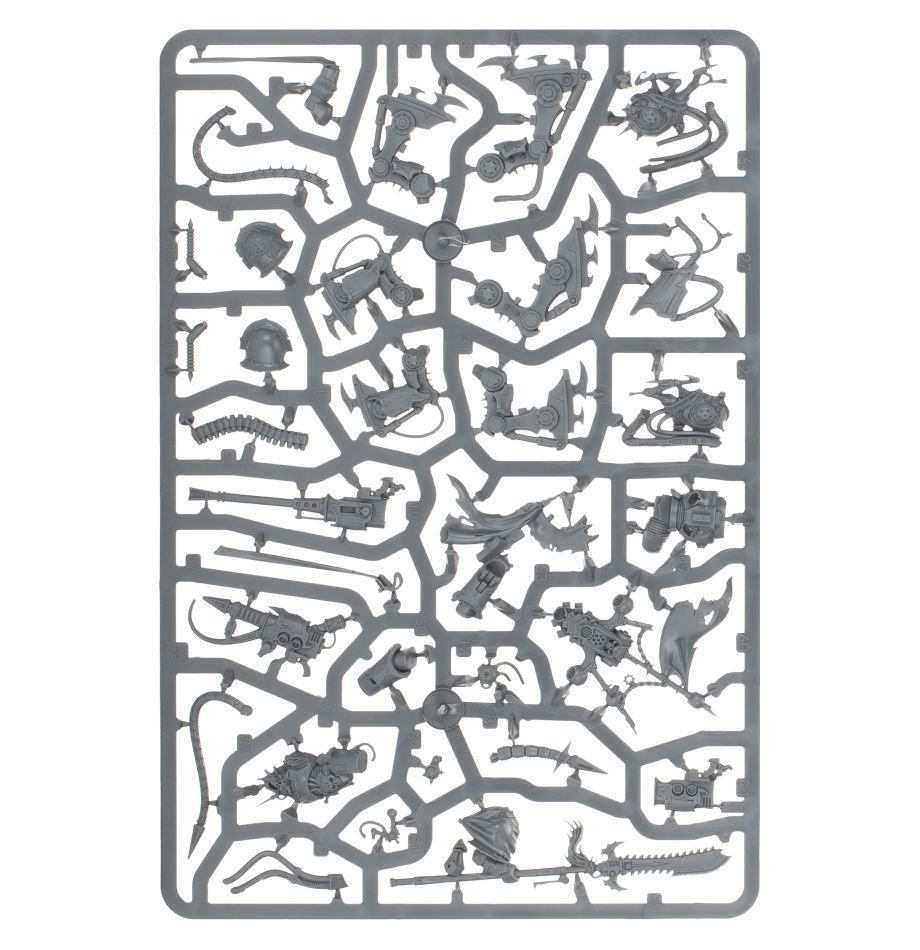 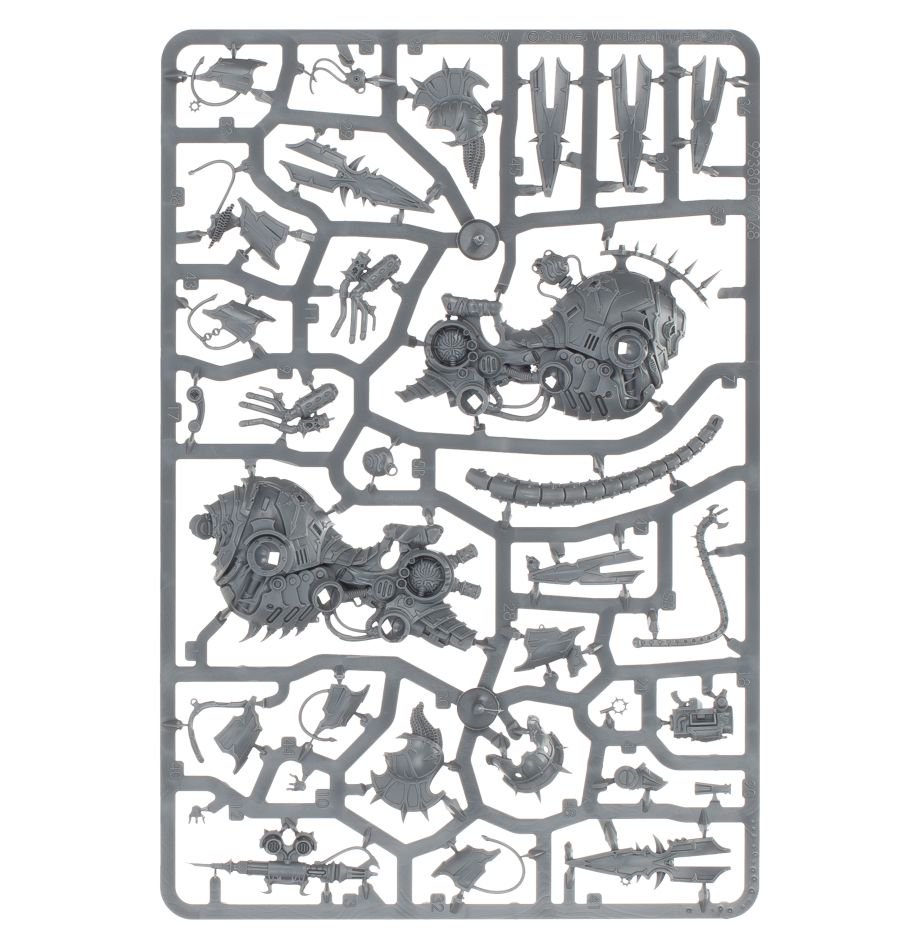 One of the most interesting bits we found on the sprues was the “injector” bit. It’s double-sided and you basically pick the side you want to use and the other side is hidden within the model. We thought that was a pretty neat design decision. Overall, it’s a beautiful kit and there are lots of little details that are all over the place. For instance, the Dark Mechanicus symbol on the Lord-Discordant’s knee pad. Will we end up seeing more from them as a sub-faction of Chaos? We here at BoLS sure hope so!

If you’re looking for an excellent kit to add to your Chaos Collection – or if you just want a Daemon Engine buffing character – the Lord Discordant is your man. It’s currently up for Pre-Order from GW and should be hitting shelves this week in stores around the globe. 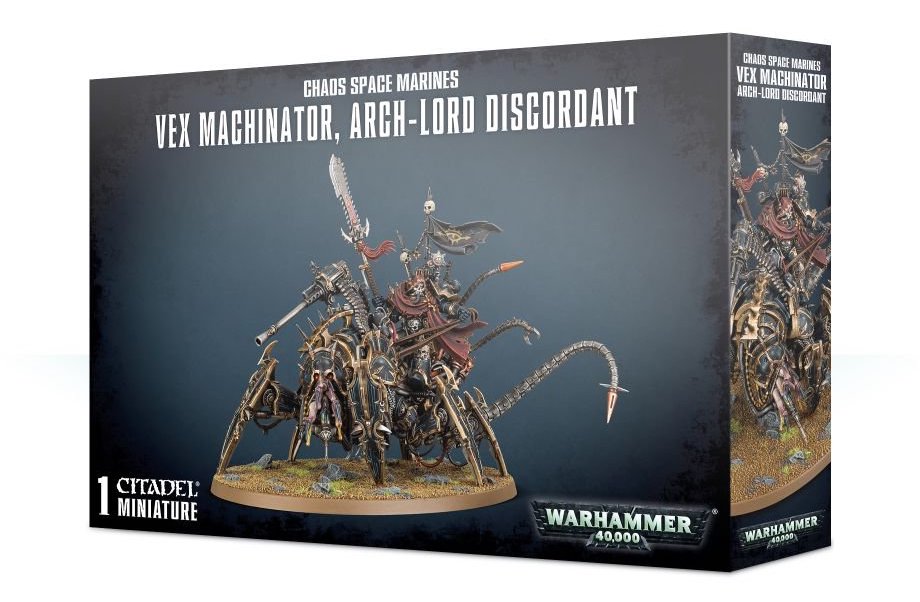 A Lord Discordant is a machine-obsessed heretic who scuttles across the battlefield atop a Helstalker mount, all the while exuding a palpable aura of anarchy. His mere presence short-circuits machinery not already riddled with daemonic entities – actuators and servos whir erratically, and targeting augurs simply cease to function. The Lord Discordant siphons off the pained spirit of dying vehicles, using the harvested energy to reinvigorate other Daemon Engines or releasing it as a screaming beam to infect the systems of other enemy vehicles. The most famous among the Lords Discordant, Vex Machinator, brought anarchy to the hivesprawls of Vigilus during the War of Nightmares.

Vex Machinator, Arch-Lord Discordant is a multipart plastic kit and serves as an HQ choice in a Chaos Space Marines army. The Helstalker mount can be equipped with a variety of destructive weaponry, and together they are the bane of enemy vehicles.

The Lord Discordant bears an enormous impaler glaive and his mechatendrils can lash out at his foes. His scuttling Daemon Engine steed can be equipped with a baleflamer or autocannon, as well as a choice of magma cutter or techno-virus injector.

Ride Eternal and witness the power of the Lord Discordant!

Author: Adam Harrison
Writer, Editor, Texas Native, and Austinite for 15+ years, Adam covers all things Tabletop Gaming. Which includes Warhammer 40,000, Age of Sigmar, D&D, Board Games and everything else that involves dice, boards, cards and a table. A hobbyist, player, and collector of miniatures and games, Adam's current obsession are his Death Armies for Age of Sigmar, his Blood Angels and Tyranids for 40k, and his ever growing Arkham Horror: The Card Game Collection.
Advertisement
Chaos Marines Games Workshop Miniatures Tabletop News Unboxing Videos Warhammer 40k
Advertisement

Tabletop Gallery: Nurgle is a Laugh