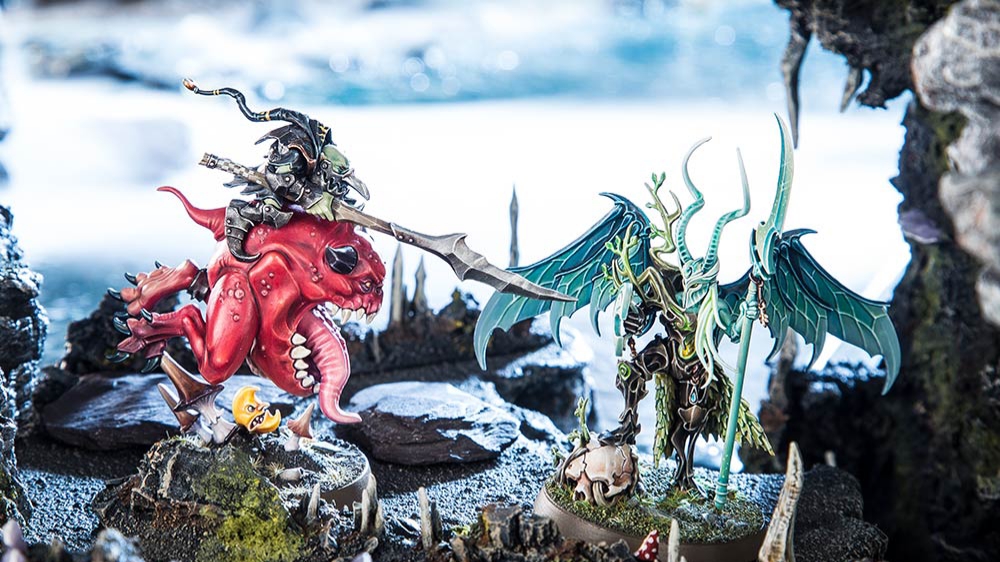 The Looncurse is upon us, and with it ride two new heroes–here’s a look their new rules.

That’s right friends, the Looncurse is coming, and its new heroes, the Loonboss on Giant Cave Squig and the Arch-Revenant, are ready to come crashing onto your tabletop once the box set arrives. Until it does though, here’s a rules preview for you, so you can whet your appetite. Assuming you’re hungry for rules, which isn’t the weirdest thing to be hungry for, but also maybe see if you can be hungry for some veggies, too. 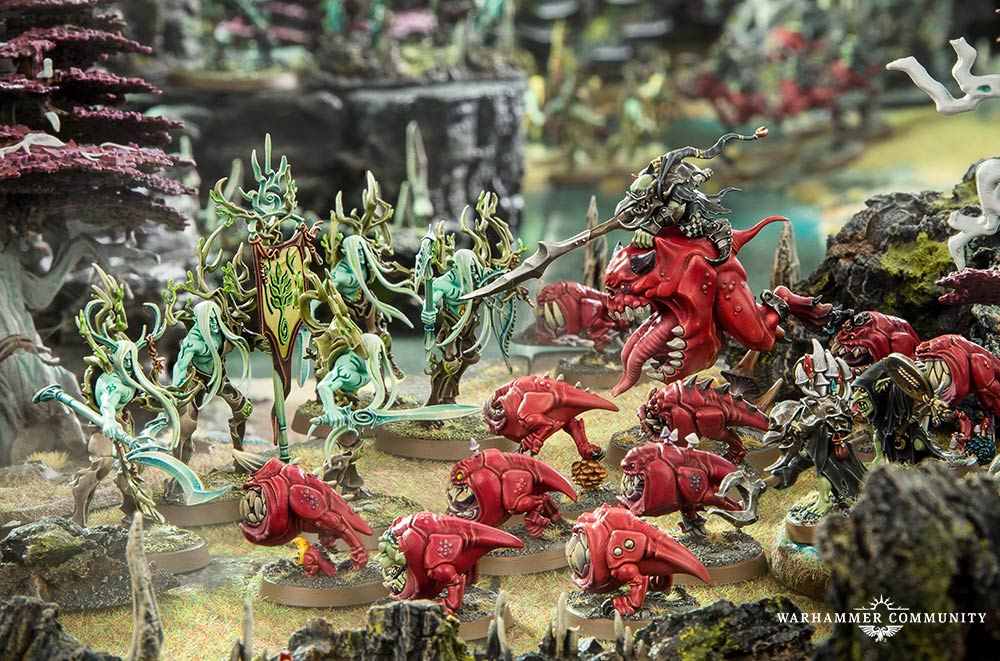 Squigs are clearly the best, and a bigger squig is a better squig, so let’s start with our Loonboss friend. At least I hope he’s a friend because you wouldn’t want to be on the receiving end of this squigalanche. 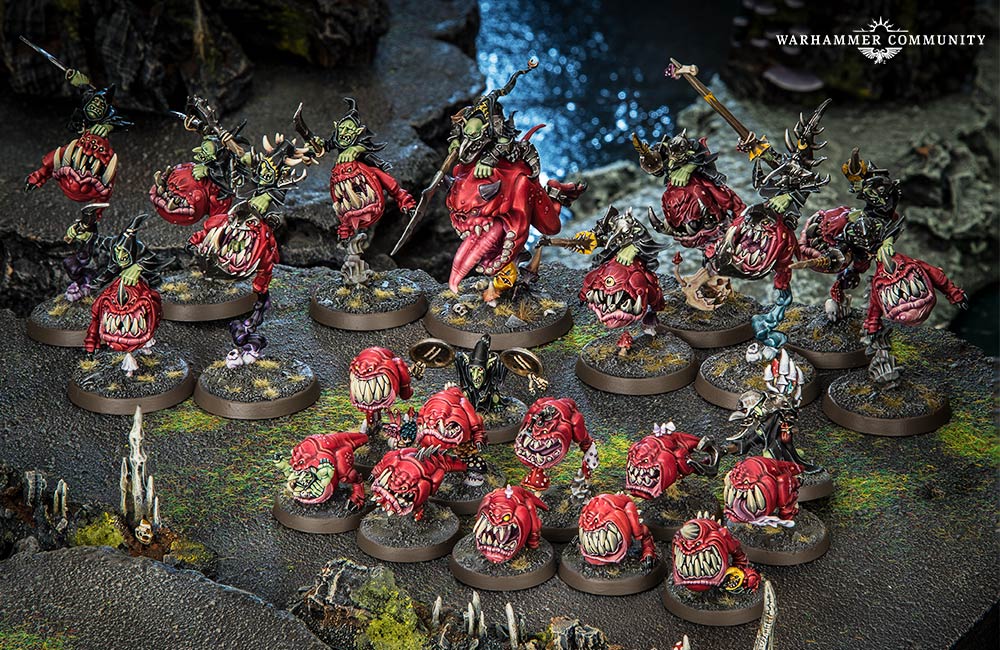 He’s also unchanged from the Loonboss on Giant Cave Squig out of the Battletome, so you probably know how they work already. The Loonboss makes nearby squigs better and has a command ability that adds an extra 3″ of movement to nearby squig units, and can be a pretty good linebreaker if you can position them right. Nothing new here, except the model. 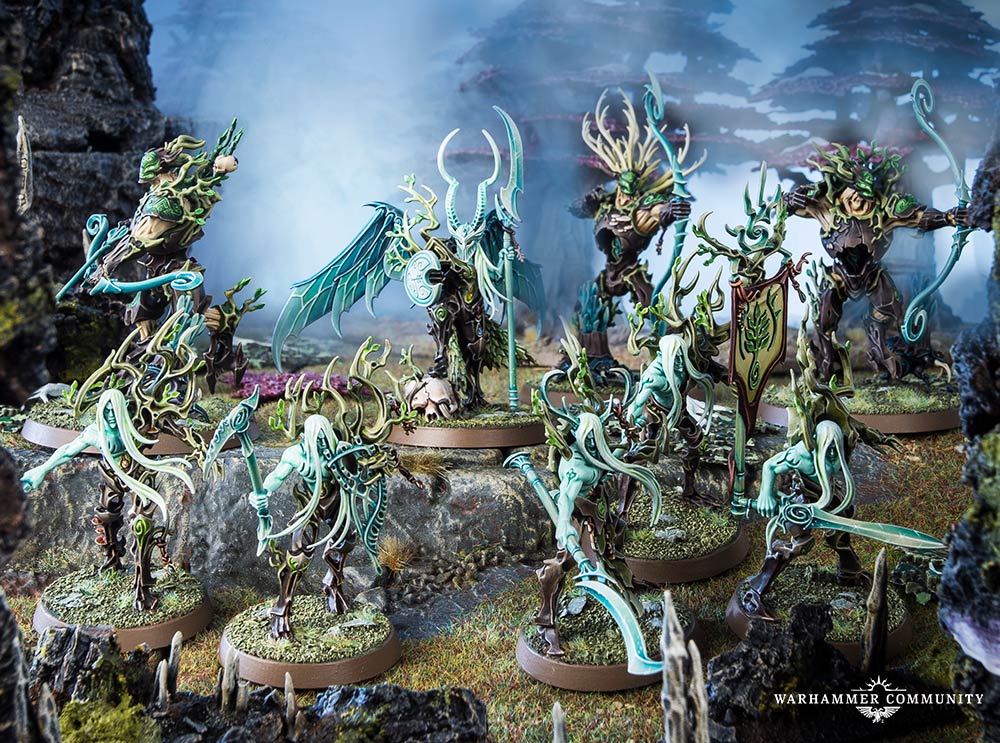 The Arch-Revenant, on the other hand, is a brand new hero.

Arch-Revenants are regal champions of the hunt that have recently emerged among the Sylvaneth. Having appeared among recent seedings in the Season of War, Arch-Revenants are skilled warleaders, scouts and spies who are equally at home in direct combat or working as agents to undermine the foes of the Everqueen.

Arch-Revenants fill a key slot in Sylvaneth armies. Where Treelords provide monstrous might and Branchwyches magical support, the Arch-Revenant is a support Hero who’ll help you maximise the power of your other Sylvaneth units. With a 12” move and the ability to fly, you’ll be able to quickly get the Arch-Revenant where they’re needed most.

Their command ability is pretty spicy too: 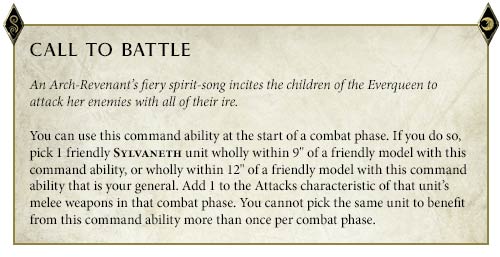 It lets you punch above your weight on that crucial charge turn.

Both of these models are available in the boxed set, which is up for pre-order this weekend.

What do you think of the new Arch-Revenant? Let us know in the comments!