Core Space is a sci-fi skirmish combat game with dice rolling, character building/leveling up and inventory management mechanics. Core Space is a gameplay system on which you can play whatever mission you’d like, with all kinds of victory conditions. However, the base game comes with several missions and mechanics for running a full campaign. Plus, the 3D terrain is amazing. 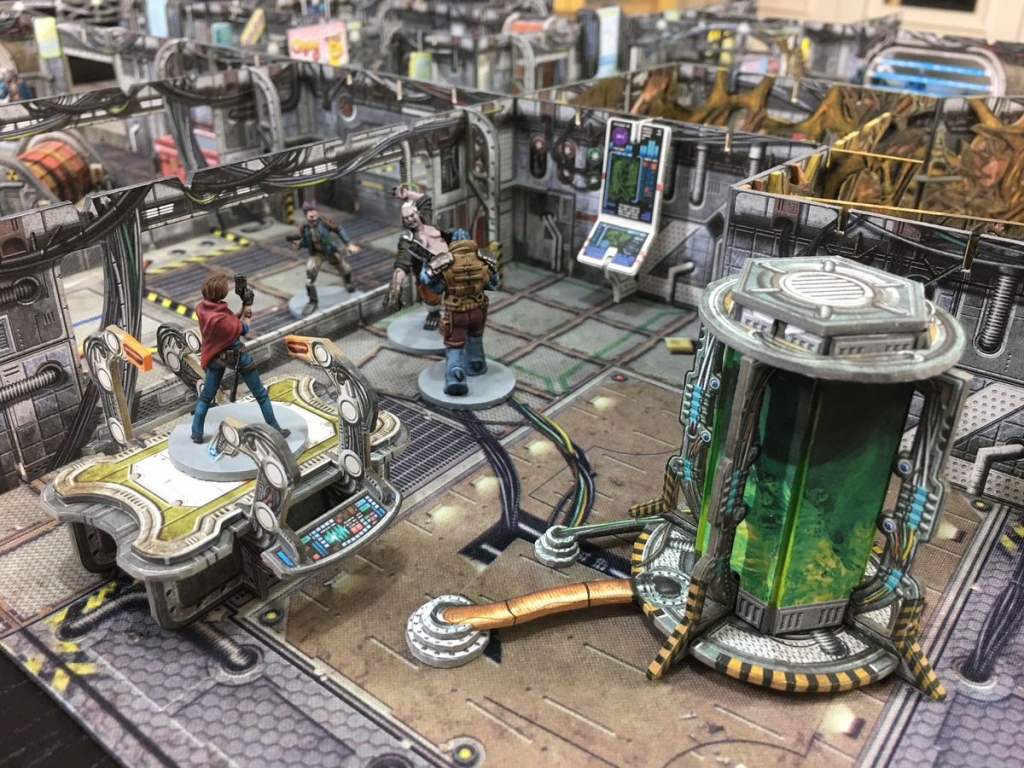 Since Core Space does provide a whole game system, we simply can’t cover all the details on gameplay. Suffice it to say, characters can move, and they can shoot stuff. We’re going to focus on all the game mechanics which set Core Space apart, of which there are plenty!

If you’re playing a campaign (which you super should), you’ll select your crew. The game comes with plenty of characters to choose from, each with a point cost listed in the bottom left corner. 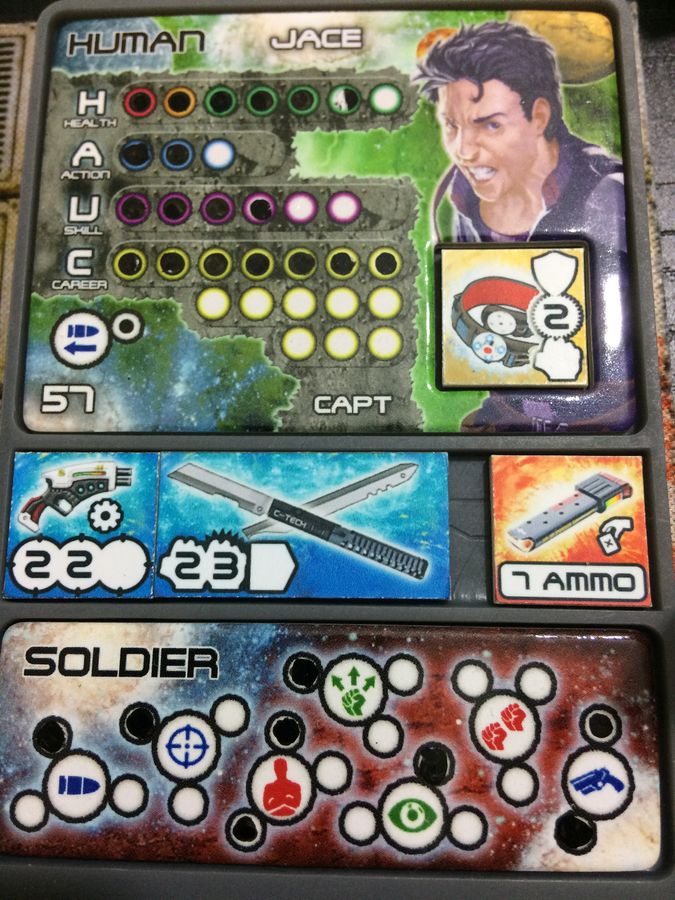 Each character has their own stats: Health (self-explanatory), Actions (actions per round), Skill (how many skills uses per game), and Career (overall advancement) and some with unique skills as well. But they also have a class, which fits very nicely into the character tray. There are multiple classes to choose from, and they each have their own skills that characters can put points into to get better at that skill.

An aspect that I really like about Core Space is that skills are interesting! Rather than skills being just “+1 to hit with pistols” or whatever, skills in Core Space are more like activated abilities. For example, the Level 1 Disarm action lets you literally disarm an opponent and throw their weapon away! Which leads nicely into discussing how Core Space does equipment.

Each item in the game is represented by a token. Some tokes are big, and some are small. Each character can only hold as much as will fit in the item slot of their character board. So Jace up there is holding an energy pistol, a combat sword, and extra ammo. If he wants to pick up something else, he’s going to have to drop something he’s holding. The item gets dropped into the game map, to be picked up by someone else later. 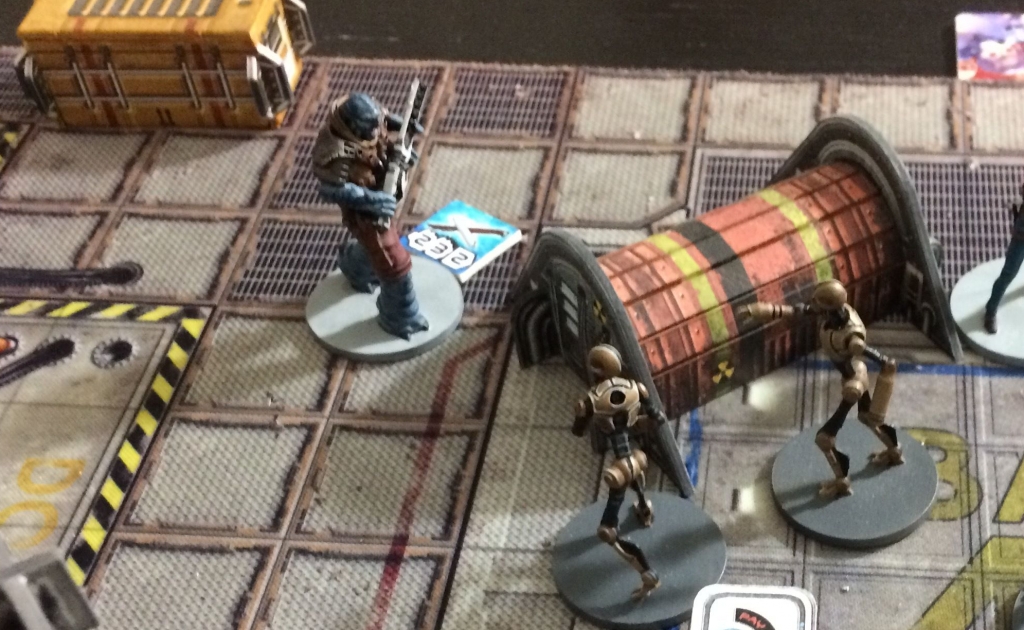 The Purge are a race of robots bent on not only destroying all life but consuming their biomass for some unknown purpose. Fun!

While the players are battling each other, or the Galactic Corps, Security, random gang members or whoever happens to be walking by, they all will need to eventually deal with The Purge. The game uses a Hostility Tracker, which increases naturally over time, but also with every ranged attack. Gunfire draws attention. 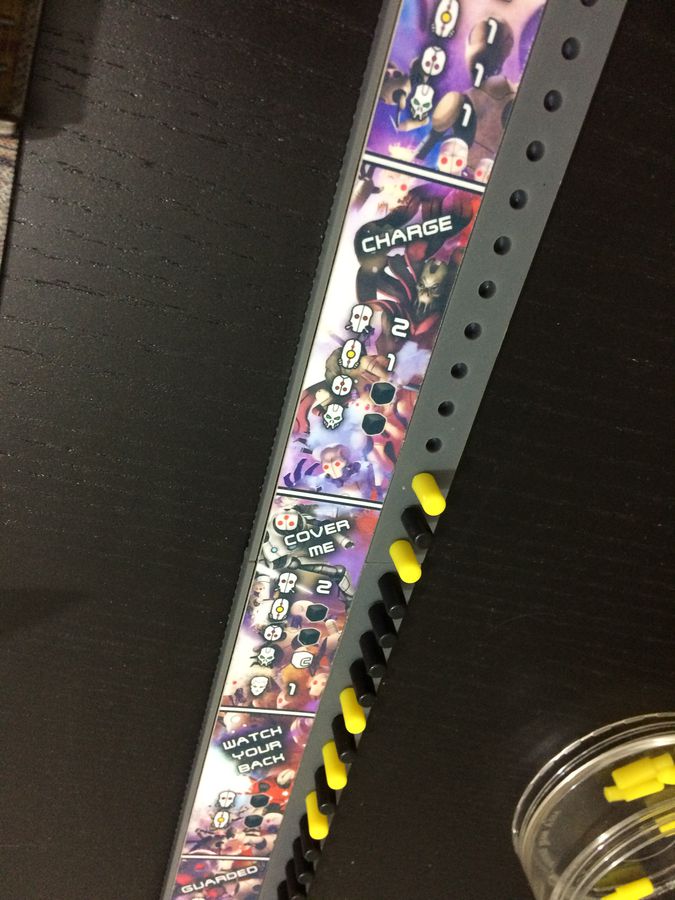 As the Hostility increases, the effects of the Events cards increase as well, usually badly.

The Purge add a really interesting development to any mission. While a 1-on-1 scenario is pretty straightforward, a three-player free for all is a much different situation since The Purge are the enemies to everyone, maybe Traders and Security team up until The Purge is dealt with. Or maybe you plan a sneaky pincer move, using The Purge as your other flank. There are way more options when you’re in a battle like that.

There is obviously way more to cover that we didn’t touch on. But, for me, I think these are the major highlights of Core Space. These are the main mechanics that set the game apart.

As a fan of character progression and high levels of customization, like in Necromunda and Aristeia!, Core Space is something I’m excited to play. Which is great because Battle Systems Ltd. were kind enough to send me my very own copy to play and review! #NotSponsoredButIWishIWas #PleaseSponsorMe 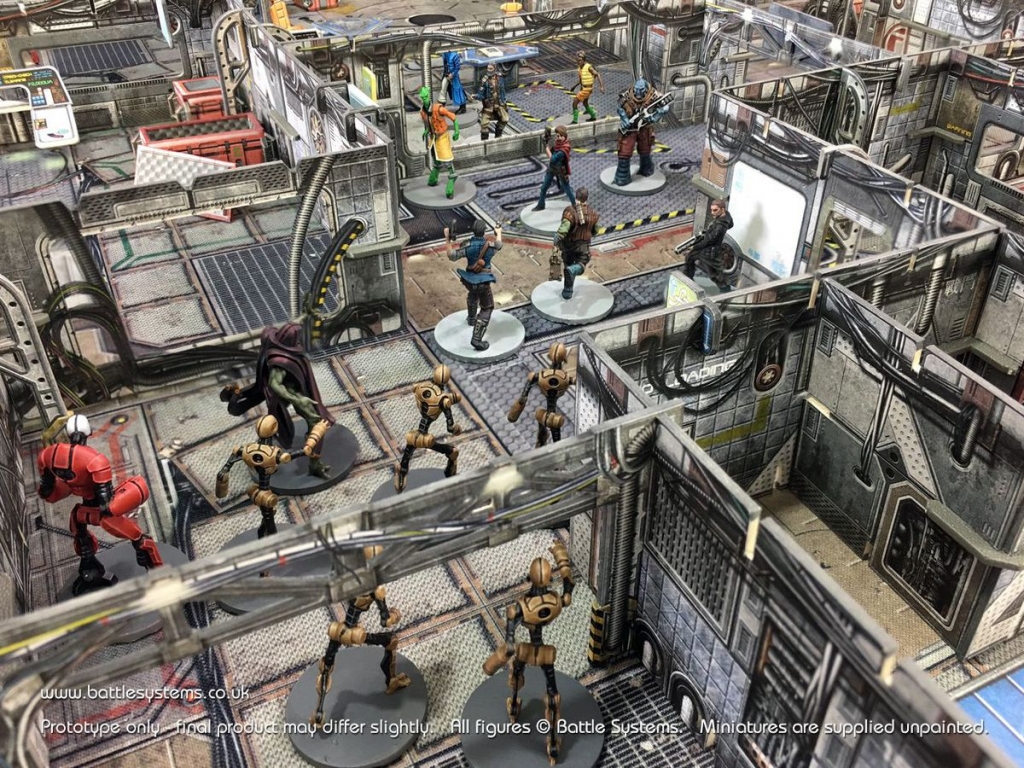 Author: Matt Sall
Matt has loved games of all kinds his whole life: board, video, war, roleplaying. He's worked as a writer for BoLS since 2017. He's worked as freelance editor for board game rulebooks and has designed many of his own games as well.
Advertisement
Board Games Miniatures Rules Tabletop News
Advertisement