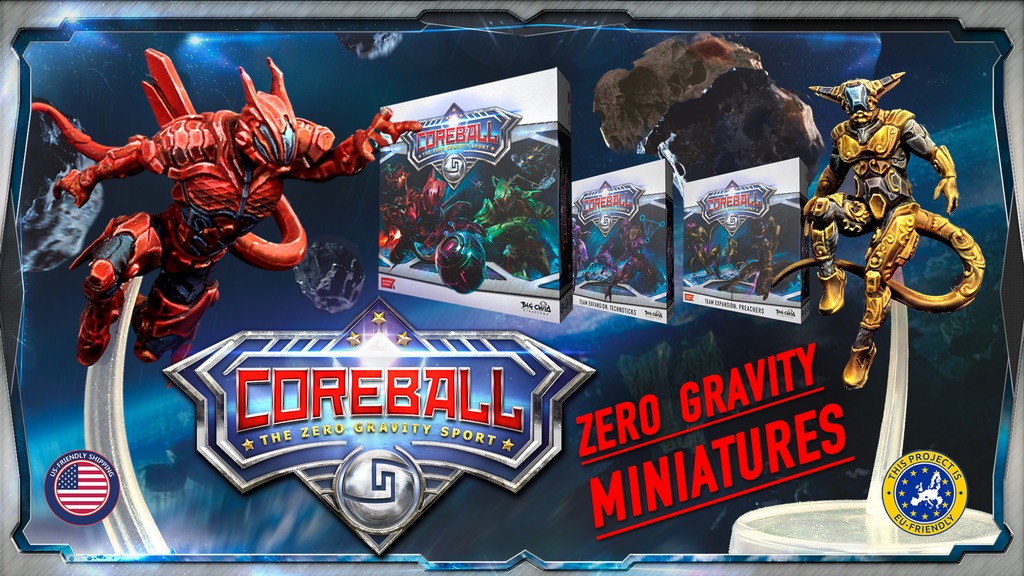 Today we take you through Coreball, the zero gravity game of fast-paced sports action with flying miniatures and an ever-shifting arena.

Come and join us as we take you through Coreball, an upcoming game from Burning Games that is Kickstarting now. We’ve got two videos for you today, one that walks you through the game’s rules and components–and the other is a demo game that shows off an actual match of Coreball. See the game in all its glory. First, let’s walk through the rules.

CoreBall is a science fiction miniatures board game for 2-4 players developed by Burning Games and Big Child Creatives where players will grapple, push, hack and steal their ways to victory on an ever-changing floating board. Players take on teams of flyers who compete for control of one of more Coreballs.

The action is pretty fast-paced in this one. Playing defensively is almost always to your detriment. You’ll want to keep your flyers moving, but watch out, because momentum might shift them off the board. Linger to close to the edge, and you might just get pulled off too. Injuring or removing your opponent’s team is a great way to reduce their numbers and their victory points–but watch out the same rules apply to you.

CoreBall pits two to four players in a strategic match for the control of the ball while they avoid asteroids and other space hazards. Each player controls a unique team of flyers formed by a mixture of named characters and mercenaries to shape the ultimate strategy.

Matches take place in a 4×4 grid that changes every round, forcing players to think on their feet and adapt their strategies on the go! Additionally, each round flyers will accumulate inertia; at the end of the round, they’ll have to move as many squares as inertia they have. They may be forced to end up in a dangerous square! 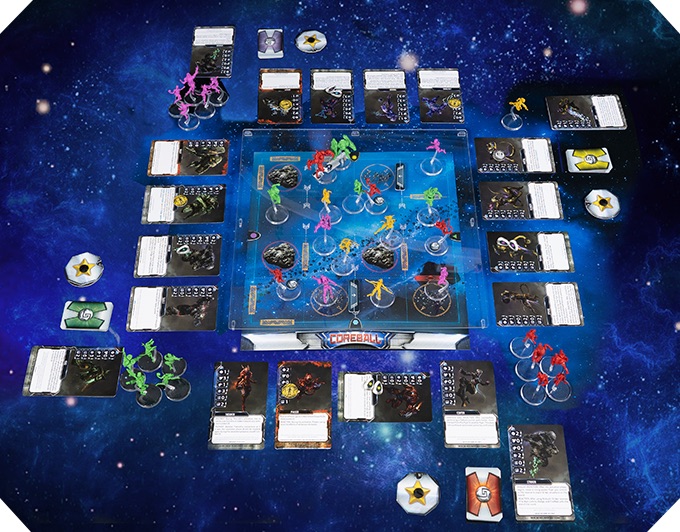 We enjoyed this game–it’s got a little bit of initial complexity, but once you’ve played the game for a round or two, it really starts to pick up. We found that the game rewards a very active style of play. You want to win victory points, sure, but you also want to reduce your opponent’s victory conditions. When we were playing a few practice games to get the hang of it, sometimes a player would win not from having control of the ball, but by making sure they had the most flyers on the board while the victory points were set at zero. 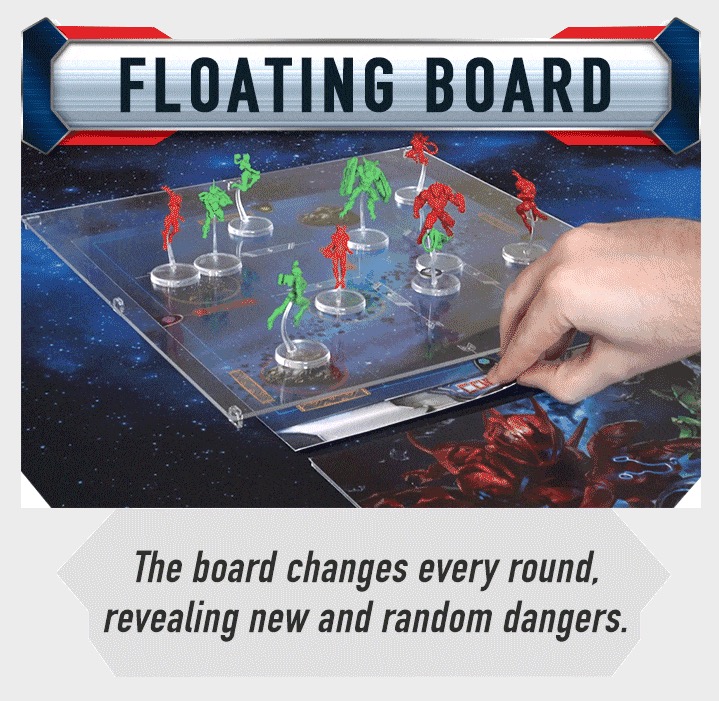 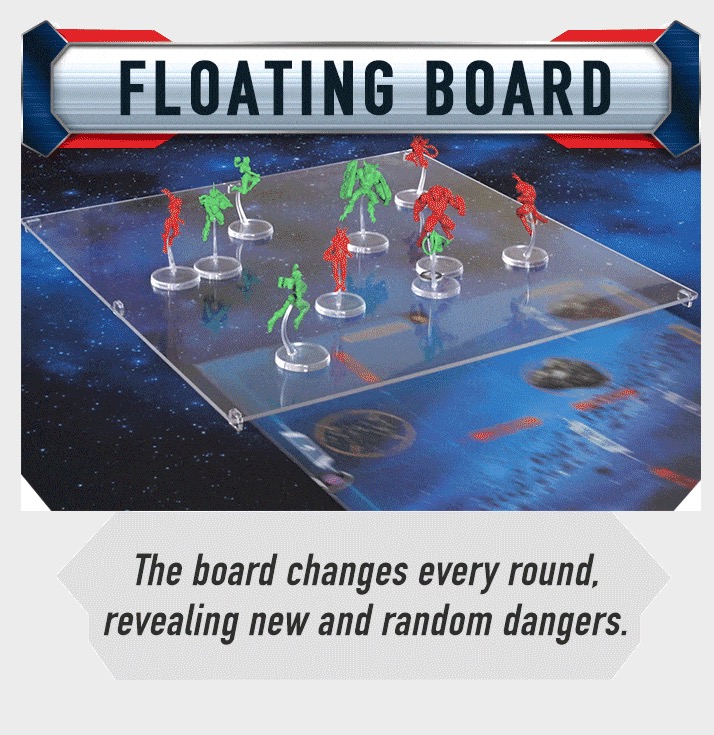 The changing board is pretty fantastic. Though we only got to play on the Asteroid Field circuit, we know there are a few other options coming down the pipe in the full game. Each new circuit changes hazards and prompts movement all its own.

And the game’s conflict resolution system means you’re always rewarded for trying something. Succeed, and you’ll do what you set out to do. But even if you fail, you’ll get a special ability card you can use to seize those crucial moments later on down the line. 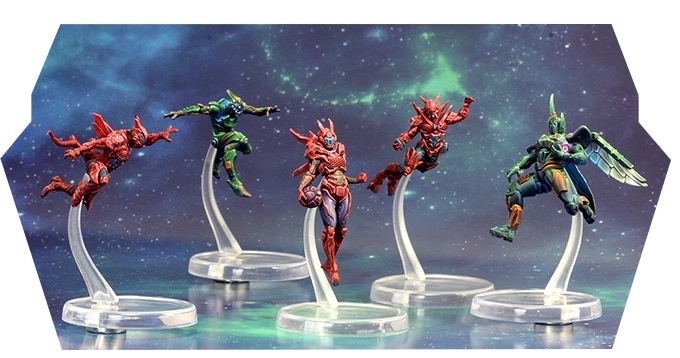 The teams feel very well matched. We played SpaceSharks vs. BullBugs and both played pretty well off of each other. The special characters on each team really hammer home the theme. Find your favorite star players and dive in.

It’ll be interesting to see what other stretch goals they develop–in the meantime, you can check out the Kickstarter campaign right below.

Back Coreball: the Zero-Gravity Sport today!

Author: J.R. Zambrano
Bell of Lost Souls Staff Writer and DM, J.R. covers RPGs of all stripes and on occasion eats sandwiches. You can ask him about either at [email protected]
Advertisement
Kickstarter Rules Sponsored
Advertisement