D&D: Five Secrets Of The Sahuagin 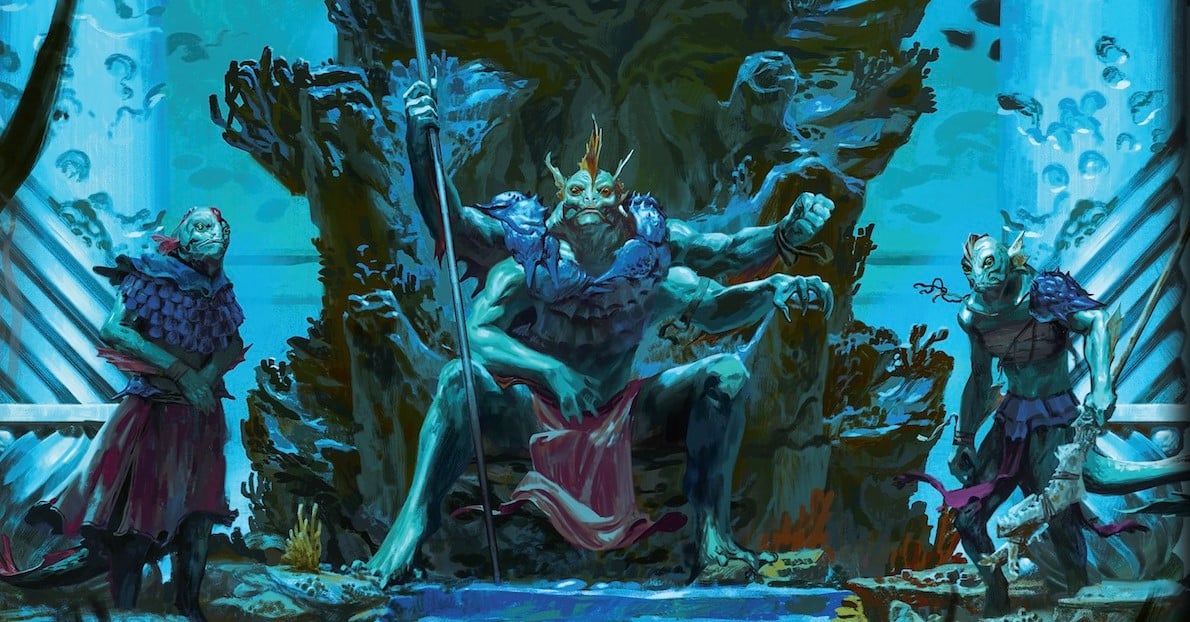 The Sahuagin are a cunning race of aquatic predators that command sharks and are a menace to coastal communities that fall under “their” land. Here are five Sahuagin secrets they’d rather you didn’t know.

In the upcoming Ghosts of Saltmarsh, players will have a chance firsthand to see why the Sahuagin are such an enduring part of D&D’s monstrous lineup of aquatic adversaries and moist monsters. More intelligent than your average humanoid, able to move quickly on land or in water, and with a telepathic mastery of sharks and shark-kin, the Sahuagin, called sea-devils by those who have the misfortune of crossing tridents with them, are deadly. But they also hold many secrets all their own, for instance:

They’ve been around since the dawn of D&D

Sahuagin are one of the OG monsters, appearing before what we’d call 1st Edition D&D. They first appeared in Dave Arneson’s D&D supplement Blackmoor–although supplement is something of a misnomer since Blackmoor was Dave Arneson’s fantasy/wargame setting that would go on to inspire D&D, but that’s a story for another time. 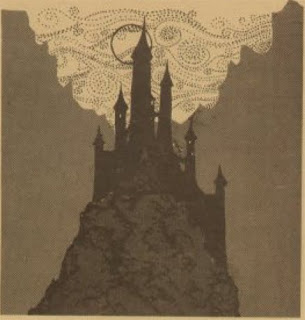 But the Sahuagin first make their appearance in 1975, where they are also called the Devil-Men of the Deep. The Sahuagin were first cannibals, sadists, and shark masters who preferred to feast upon the living.

The other thing you might not know about the Sahuagin is their propensity for mutation. 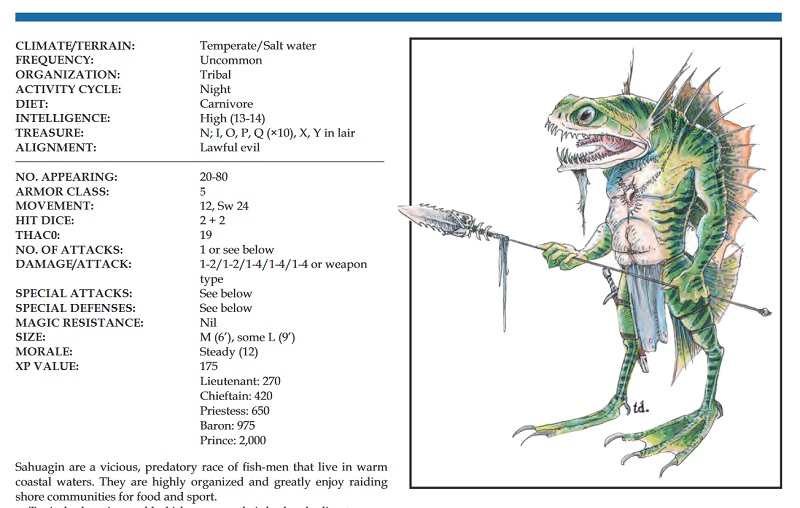 Early on in their history, the Sahuagin had a rare chance to possess four arms–these individuals were often kings and princes and what would later become barons. As the editions wore on, this chance became less rare, and the Sahuagin grew prone to multi-limbed mutations. But those aren’t the only mutations. The Sea Devils, a 96-page volume of Sahuagin Lore, introduces a new mutation–a malenti. Malenti are sahuagin that are born identical to sea elves (for whom the Sahuagin have a unique, singular hatred above all other malice). The Malenti are used as spies and saboteurs, sent as especially cruel agents to infiltrate and destroy where they can.

The other quality that defines the Sahuagin is their intelligence and cunning. These are not your average brutal predator. But instead the Sahuagin are patient, predatory, and sadistic. They will stalk prey and attack from all sides. 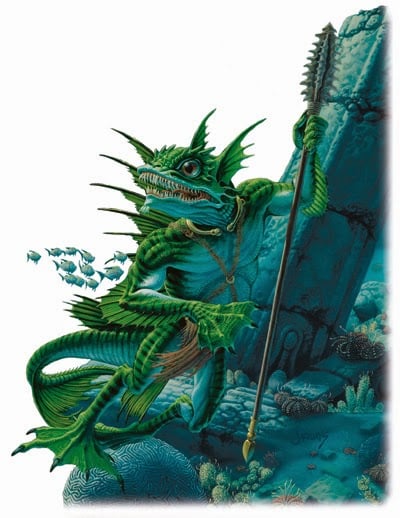 Even back in Blackmoor before underwater combat had the extensive rules it does today (or, let’s be honest, in first edition), Sahuagin were noted for their deviousness and their delight in toying with their foes. In later lore articles like the Sea Devils, it’s revealed that they’ll get up to tricks that would fit right in on Game of Thrones. This includes things like letting a band of prisoners believe they have escaped, only to find themselves wandering into an area where sahuagin raiders and their sharks have been waiting in ambush to devour the exhausted, terrorized prisoners. The Sahuagin have high intelligence and wisdom –  and aren’t afraid to use it. 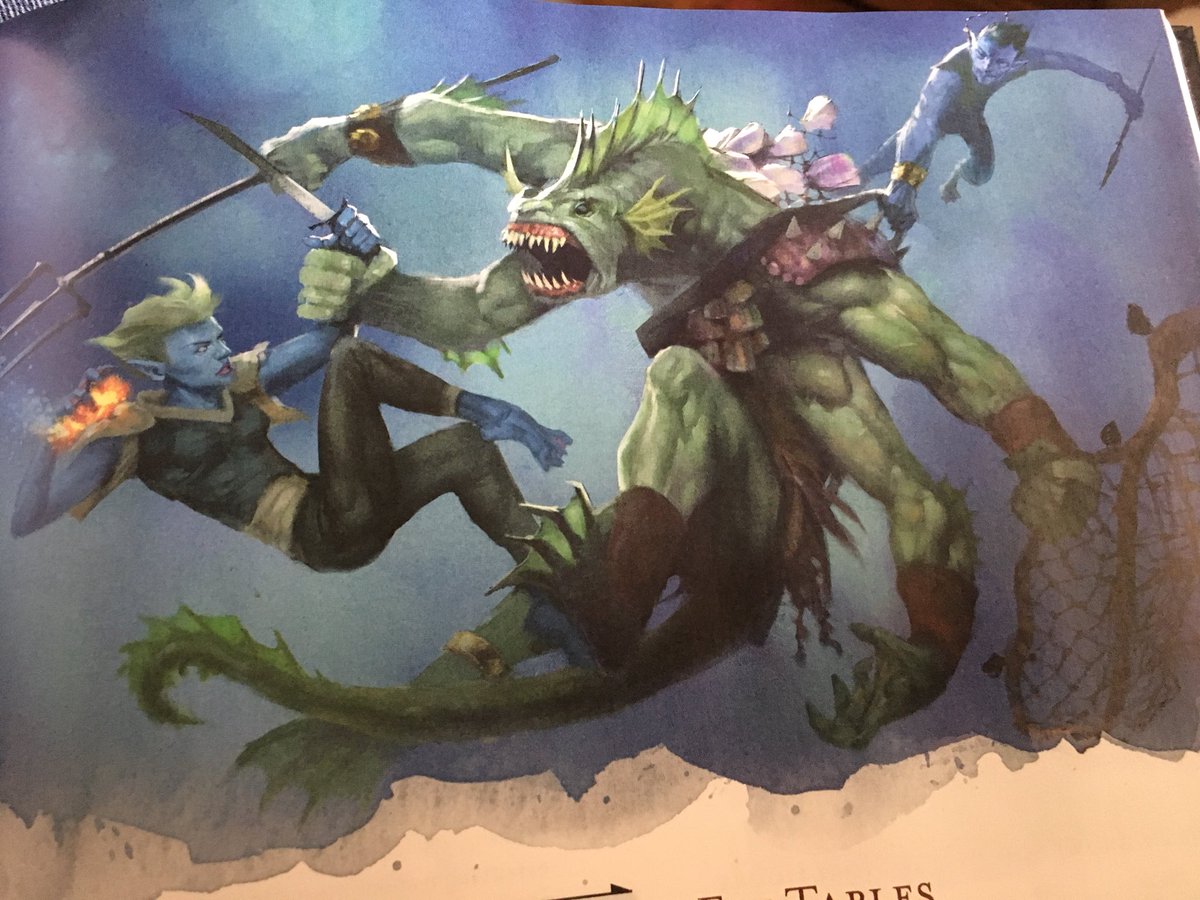 More treacherous, perhaps, are the games they’ll play among themselves. Like Kalimox (pronounced ka-lee-moh) which is a game of memory and imitation. Which we mention mostly so that the next time your players are challenged by Sahuagin, you can challenge them to memory and mind games and be canonically justified for doing so.

They worship an evil devil shark

The Sahuagin venerate the evil shark goddess, Sekolah–though they didn’t always. That development came about in 2nd edition. Originally, the Sahuagin were a bunch of devil worshippers (hence the nickname sea-devils) which is why Sahuagin courts are organized with one king and nine princes. Now though, it is the Shark goddess Sekolah who gives them their power and purpose. 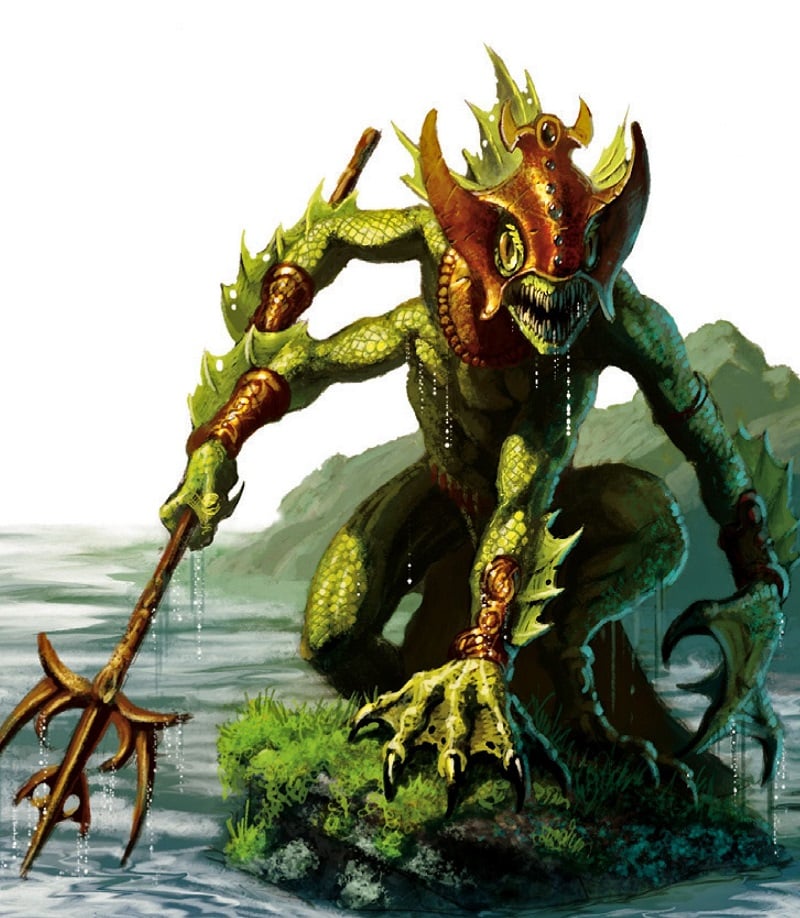 And she’s the reason Sahuagin priestesses are the real power in Sahuagin society.

Though they probably don’t think of an island as a mountain–the Sahuagin have only a limited amphibiousness. A trait that they inherited in 1st edition. The current incarnation of Sahuagin bear a lot in common with their 1st edition predecessor. The artwork reflects their original description as having “leech-like mouths” and the particular webbed feet/arm fin combo, instead of the reptilian/fish hybrid of later (earlier) editions. 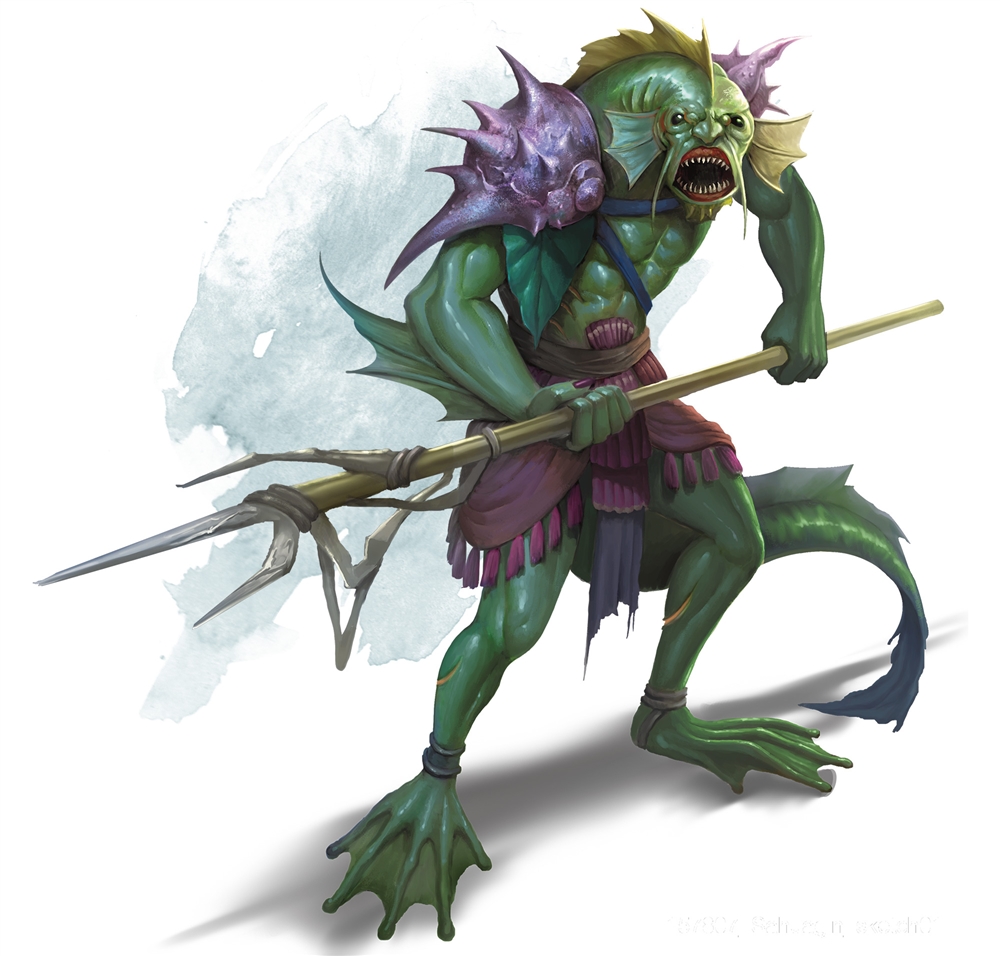 Current Sahuagin make excellent villains throughout your adventurers’ careers. They’re a fantastic low-level threat, and can even punch above their weight underwater. They know to use numbers, flanking, and pack tactics.

When attacking with a Priestess, she can keep them healed and help cast spells at range. If you’re devious, you can swap out one of her 3rd level spells for a dispel magic after the Sahuagin are alerted to a party of adventurers intruding on their land–that way you have a way of ending the party’s water breathing spell and leaving them high and dry.

Or just go about bringing down whoever is likely to have cast it the old fashioned way, with tridents, and watch what happens. Even high-level parties will scramble to breathe. You’ll undoubtedly see more of these sea-devils in Saltmarsh. After all, they’re at the heart of the adventure that gives the book its name, so take these tips and tidbits to heart.