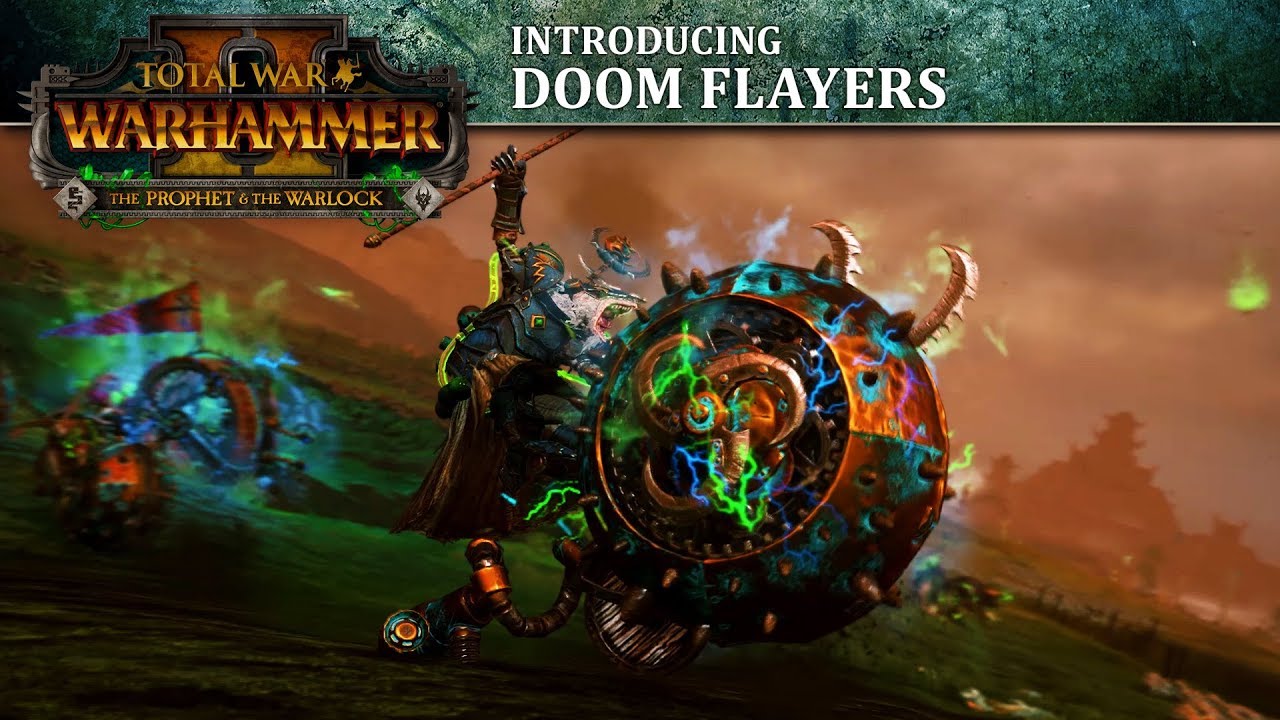 The Doom Flayer is a wheeled monstrosity made entirely of swords, chaos, and murder. It is the deadly Katamari you didn’t realize you needed. Until now. Take a look at one of the newest units in The Prophet and the Warlock.

As part of Total War: Warhammer 2’s new expansion, the Skaven and the Lizardmen are both getting some new units, new legendary lords, and cool upgrades to help them stomp across the ruins of Lustria or even expand across the Old World. There’s a ton of new stuff to dig into, and today we’re looking at the killin’-est Katamari to ever roll out, the Doom Flayer.

And now that you’ve watched that, here’s Katamari on the Rocks, we recommend hitting play and then immediately watching the above trailer with the volume muted. It syncs up so perfectly that there’s no way it wasn’t meant to be.

You’re all welcome. If you’re looking for more information on the Prophet and the Warlock, here’s what you need to know.

The Prophet and the Warlock

The Prophet & The Warlock is the latest Lords Pack for Total War: WARHAMMER II. Introducing two rival Legendary Lords from the world of Warhammer Fantasy Battles, each with their own objectives, mechanics, units and playstyle, for use in both the Eye of the Vortex and Mortal Empires campaigns and custom/multiplayer battles.