The sets for the next Marvel movie include a molten monster, a fight with Mysterio, and a new Stark plane. Take a look! 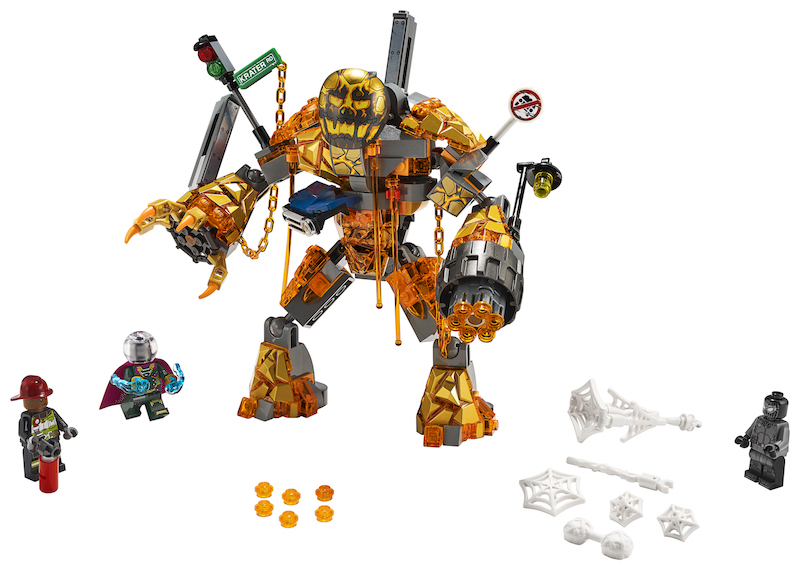 Create a delightful Venice scene… then cause chaos with Hydro-Man! Take a romantic trip to Venice with Peter Parker and MJ. Enjoy a gondola boat ride then stop at the café for a coffee and a slice of pizza. But watch out—here comes Hydro-Man making huge waves in the canal. Transform into Spider-Man, fire spider webs at the invader and leap across the bridge. Hang on to the wall then explode the bridge. Then fly in to save the day with Mysterio’s power energy!

Fly to the rescue with the weaponized Stark Jet! Defend Venice against drone attack with Happy Hogan, Nick Fury, Mysterio, Spider-Man and the super Stark Jet! Adjust the wings and launch into the sky. Control this hi-tech jet airplane from the dual cockpit with Happy Hogan and Nick Fury. Swerve 2 stud-shooting drones and fire back with the jet’s own stud shooters. Then release the hatch to drop energy bombs or send Spider-Man swinging into action on his web string! 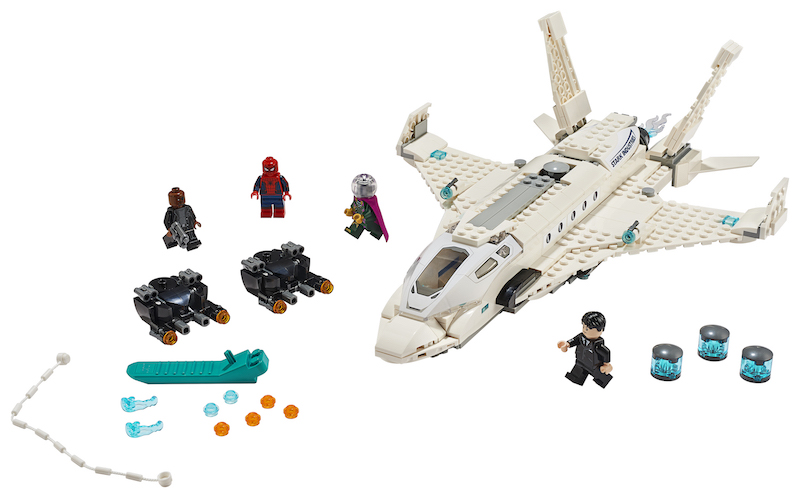 LEGO also has a few limited time offers to celebrate 10 years of Marvel Studios. If you spend $75.00 or more you can pick up an Avengers Tower kit for free – but hurry, it’s only available till next Thursday, May 3rd.