Chaos Cults are everywhere. Come check out some of our favorite Chaos Cults from the movies!

We’re back with another 40k Pop Khorne – the cross section of Warhammer 40,000 and Pop Culture. Today, we’re looking at some of our favorite movies that features a Chaos Cult…sort of. Hey, if we could do it for Genestealer Cults, then why the heck not for Chaos Cults! Now some of these Chaos Cults are bit more subversive than other – but they all have one thing in common – they are up to NO GOOD! Let’s dive in.

I mean, have you seen this movie!? There is a literal cult that is ripping hearts out of their victims and “feeding” them to some sorta volcano thing in their Cult Lair! C’mon! I’m just glad Indiana Jones stopped them when he did – who knows what darkspawn they were trying to bring up from the flaming depths. I’m still not convinced that wasn’t a Chaos Gate. Sure things caught on fire – but did you see how CLOSE the people had to get before they burned. Yeah…stew on that for a bit. More like Inquisitor Jones, AMIRITE?!

Based on the Stephen King short story, this movie is about a cult of murderous kids! They worship an evil deity they call “He Who Walks Behind the Rows” (as in rows in a cornfield). There’s blood pacts, murder, Crucifixion, more murder, betrayals, even more murder – you get the idea. Personally, I think the creepiest part is just that it’s basically a bunch of kids. These kids could easily be in a Khorne Cult, I’d call them Kiddoes of Khorne. They could be one big, creepy murder family.

Maybe this has less to do with an actual cult and more to do with possession – but either way, thematically, it fits. When a mining outpost discovers an ancient sealed room on Mars, they unwittingly open a doorway that frees the Ghosts held within. Look, I’d put money on the fact that one of those miners was being manipulated by outside forces and was “led” to the doorway. And the doorway could have totally been a portal to the warp! Hey, when you summon daemons in – you were probably in a cult and just didn’t know it. If nothing else, this movie is entertaining. It’s got some fun action and silly one liners. Plus Ice Cube shooting things!

Again, more ghosts and possession than cult activity – but who BUILT the portal that opened the gateway to Zuul in the first place? Just sayin, that’s some Cult-type activity. Also another movie from 1984. Must of been something in the water that year. Regardless, this movie has a warp-like entity and a crazy warp gate that had to be built by a cult. While the focus of the movie is certainly on the Ghostbusters, it should make you wonder what ever happened to the folks (aka the cult) that was working behind the scenes. I smell a sequel. Oh wait, we got one? And it had nothing to do with a Cult? Oh…hmm. Guess I was barking up the wrong tree.

Chaos Cults are everywhere – what your favorite movie(s) with a sneaky chaos cult in it?

Author: Adam Harrison
Writer, Editor, Texas Native, and Austinite for 15+ years, Adam covers all things Tabletop Gaming. Which includes Warhammer 40,000, Age of Sigmar, D&D, Board Games and everything else that involves dice, boards, cards and a table. A hobbyist, player, and collector of miniatures and games, Adam's current obsession are his Death Armies for Age of Sigmar, his Blood Angels and Tyranids for 40k, and his ever growing Arkham Horror: The Card Game Collection.
Advertisement
Movies and TV Pop Culture Videos Warhammer 40k
Advertisement 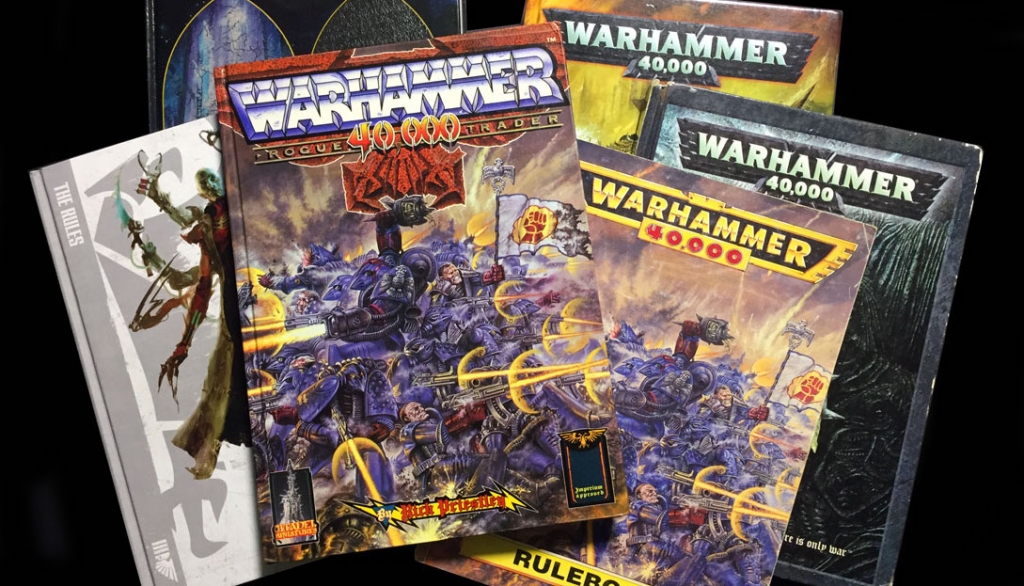