D&D: 5 Monsters Whose Art Is As Monstrous As They Are 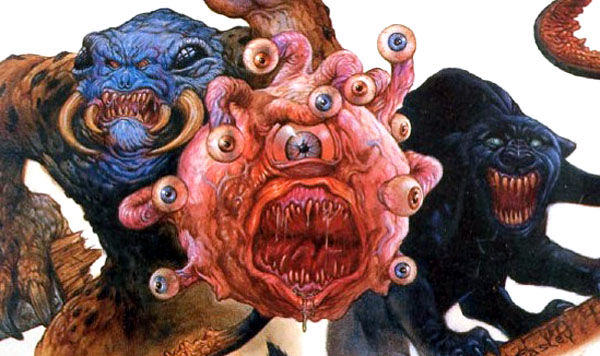 In 2nd Edition D&D, monster art got a cool 90’s upgrade (like everything else). Sometimes a little too cool.

There are a lot of monsters in Dungeons and Dragons. And a lot of really great art, in any edition. Certainly, it’s evolved and become a little more of a focus lately–if you go over to Wizard’s games page, you’ll find the following: “At Wizards, everything starts with legendary stories, striking art, and innovative game play.”

But that was not always the case. Back in the 90’s 2nd edition came out, and with it a whole compendium of monsters with a big artistic overhaul. Monsters, like most things in the 90’s, got a little more cool. Sometimes a little too cool. 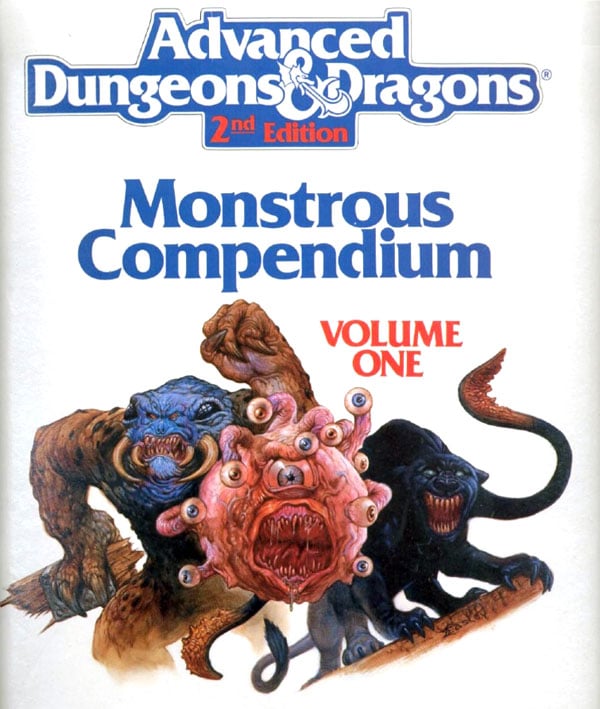 Come with me to the heady days of D&D of yore, when orcs still were orcs and undead all had one arm raised a little higher than the other, and we’ll look at some of the times that D&D’s art just got a little carried away… 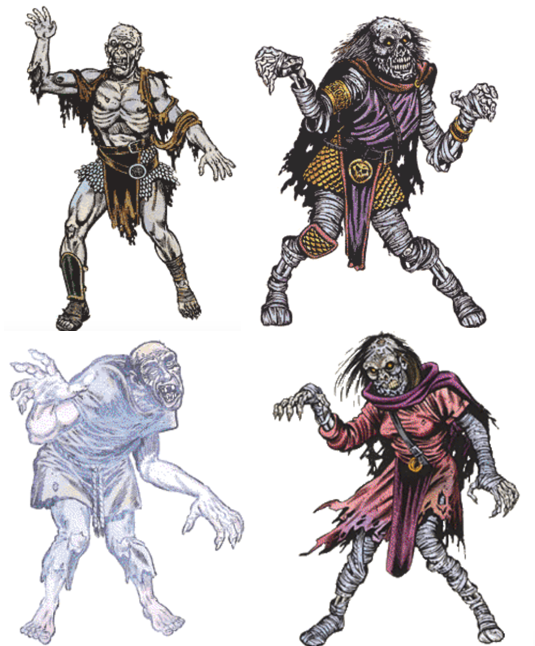 On the plus side, being undead meant you didn’t have to worry about pants.

Speaking of the undead, the Poltergeist is our first entry. The restless, malevolent spirits of those who committed heinous crimes in life (and got away with it), poltergeists are invisible. But to anyone capable of seeing the invisible, they look twisted, borne down by the weight of their crimes. So, if you need the stats for Jacob Marley for your Scrooge-themed holiday campaign, this is the perfect place to start. 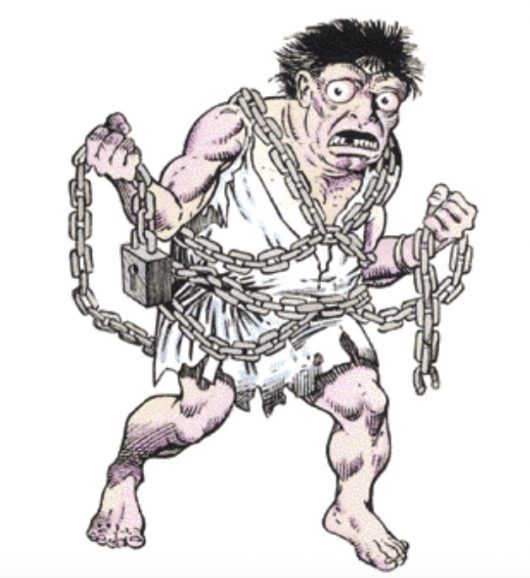 He’s got all the hallmarks of the undead: one arm raised slightly higher than the other, no pants. Classic undead. But I can’t help but be a little worried about him.

Whether you’re summoning them to use against your enemies, or having to fight them because your party has insisted on yet again dumping over the brazier that’s smouldering quietly in the room, even though you’ve already told them not to, elementals are a staple of D&D. They are described as “terrible to behold and fierce opponents.” 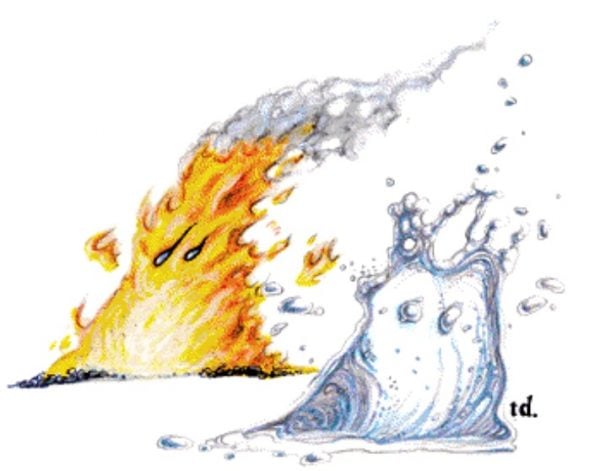 I can’t tell for certain, but I think the little flames on either side are the fire elemental’s hands. It looks excited to have company over. Meanwhile the water elemental is worrying about whether or not they made enough canapes and has thrown it’s droplet arms up as it paces about, worrying. 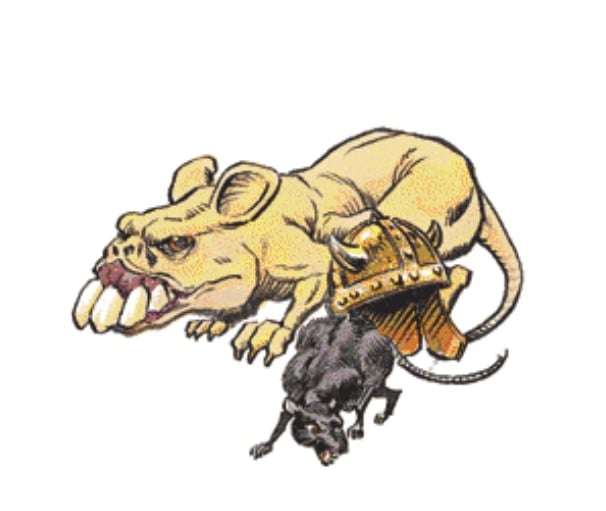 Unsurprisingly, the Osquip has a pretty good bite attack. Encountering one is probably like running into a giant version of those wind-up dentures.

What do you mean, sea lions are a monster in 2nd edition? They flop around on their flippers and balance balls on their noses… I mean unless your party is raiding The Haunted Depths of Sha’Mu I just don’t see how you’re going to– 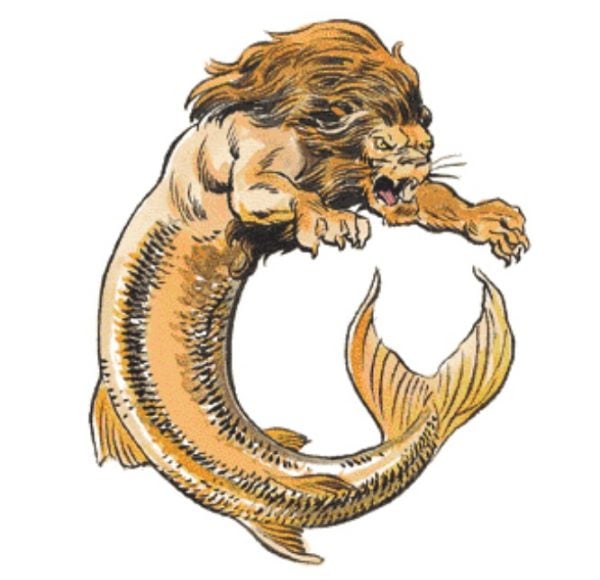 “Run that by me one more time?” 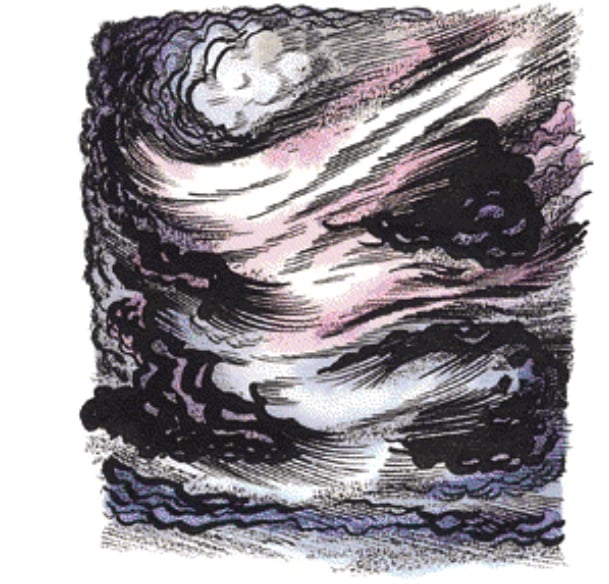 Originally appearing in the classic Star Trek episode Obsession, the vampiric mist smells like honey, loves red shirts, and is repulsed by Vulcan blood. Like most things. After making a name for itself, the vampiric mist went on to guest star in Ravenloft, and played opposite Kas in Strahd’s Day Out.

Clearly someone lost a dare…

~What’s your “favorite” piece of D&D art from any edition?