The Dragon Turtle is one of the most ferocious sea creatures in the Monster Manual–and today it’s coming out of its shell and into the spotlight.

As Ghosts of Saltmarsh draws closer, we’re going through the annals of aquatic monster history and looking at the best of the wettest. Today we’ve got the Dragon Turtle, a suitably epic monster that works at any level. At higher levels the Dragon Turtle is a challenging fight (as are most in the water), and at early levels they make great obstacles/hazards to try and deal with or placate. 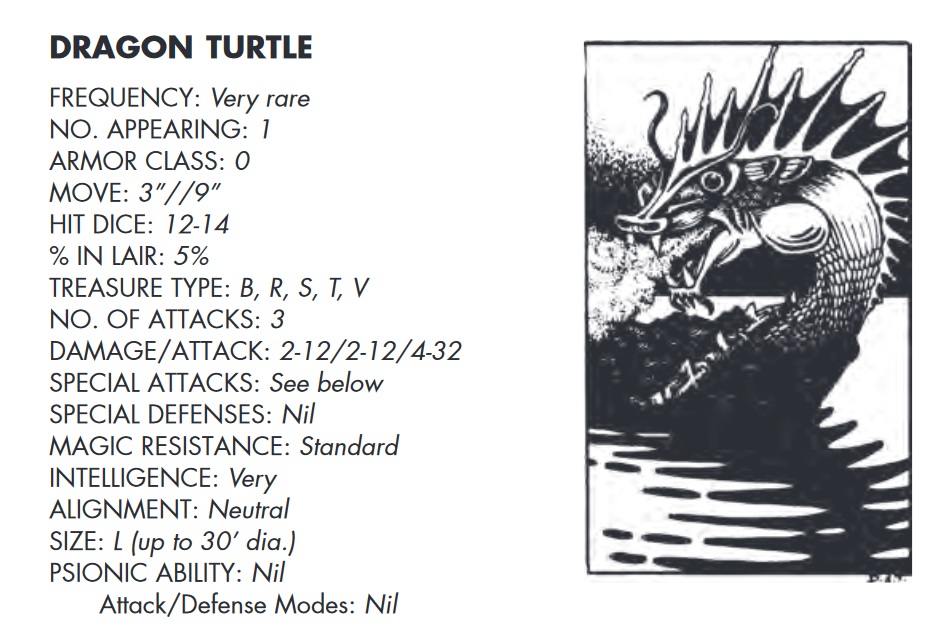 Dragon Turtles are another of those creatures from before the dawn of D&D. With their origins in mythology, as D&D coalesced they had a place in the early supplements, first showing up in Wilderness Adventures 3, a few years before the first AD&D Monster Manual where, the Dragon Turtle held down the big sea creature slot, along with the Kraken.

The biggest attack they had was a cloud of scalding steam that deals damage equal to its total hit points. And with 12-14 hit dice (and an increase that scales much like Dragons), that’s nothing to sneeze at. 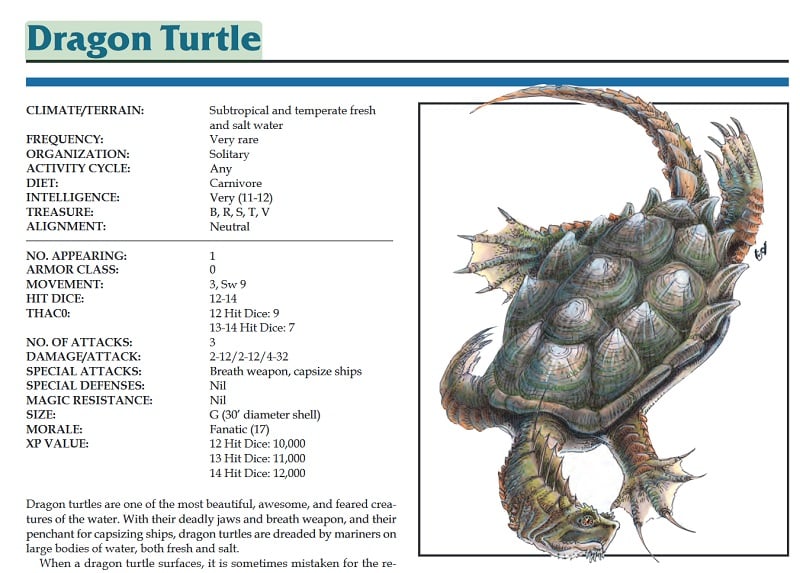 2nd Edition Dragon Turtles are much more of a threat to ships. You can see how they’re meant to be used:

It’s all about dishing out a bunch of damage to ships, sending them crashing and tumbling into the sea–along with the adventurers who thought they’d be safe. And with a Dragon Turtle’s intelligence, they know how to demand what they want and rest assured of their dominance in the water. Even in 2nd Edition, these turtles would unleash a 20d6 breath weapon, which is a serious threat whatever level you are. 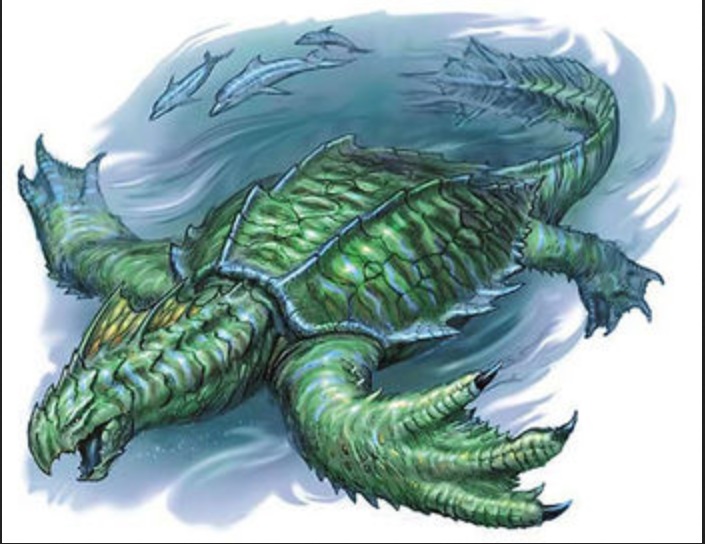 3rd Edition Dragon Turtles are arguably more deadly against an unprepared party. Though they’re only a CR 9, they have some dire attacks. In addition to the 20d6 breath weapon, they also have a bite attack that can automatically grapple creatures (and deals double damage and denies a saving throw against its breath weapon). And while they can fling opponents far from them (off of a ship and into water) they’ll be more effective diving with a bit of prey deep under the water where drowning does just as much work as their breath weapon. 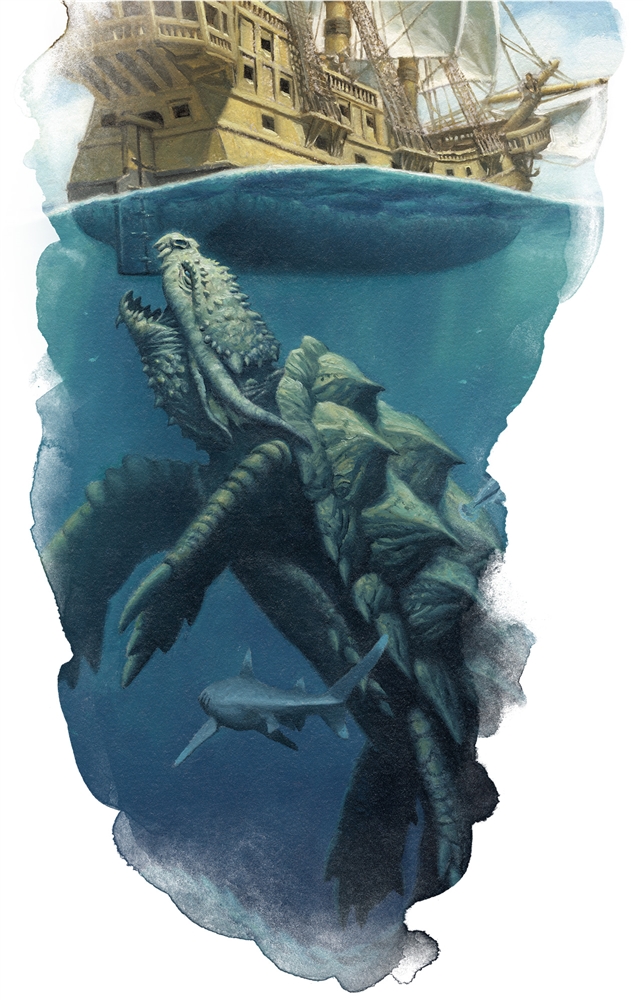 While they vanished from 4th edition, Dragon Turtles returned in 5th Edition in a big way. These monsters are tough opponents–weighing in at 341 hit points, these CR 17 monsters are there to soak up a lot of damage and still be there. While they’re still deadly they’re not nearly the heavy hitters they were in 3.x edition. But they’ll still demand treasure and payment and the like, making them a great encounter for parties who start thinking they’re on the verge of being big fish–because that’s exactly what the Dragon Turtle eats.

So if you’re looking for a good “deal with the hazard” encounter, consider the Dragon Turtle. They’re just tough enough that your players won’t be able to straight up kill them, and so they present an interesting challenge that necessitates a clever solution.