The Ghosts of Saltmarsh might not be available until May 21st, but for a book that’s not out yet, there are some awfully in-depth previews today.

Get ready to journey to the seaside town of Saltmarsh later this Month. But if you’re looking to get a glimpse of what awaits you there–if you want a look at some of the new monsters, magic items, and mysteries in the seven different adventures that are gathered together in the book, then you have come to the right place. Thanks to NewbieDM, whose work you might have seen over the last decade or so, there’s a pretty cool preview of the Ghosts of Saltmarsh making its way around the internet. Let’s take a look at some of the highlights. Oh but before we do…

Let’s take a look at Ghosts of Saltmarsh. #dnd pic.twitter.com/bNVJhpiijO

As you can see, the book does so much more than just gather together the 7 adventures we’ve mentioned earlier. A good comparison for this book has been the Tales from the Yawning Portal and it looks like the WotC team has taken a step up from their last venture, providing players and DMs with a framework for tying these modules together with three different factions that inhabit Saltmarsh. 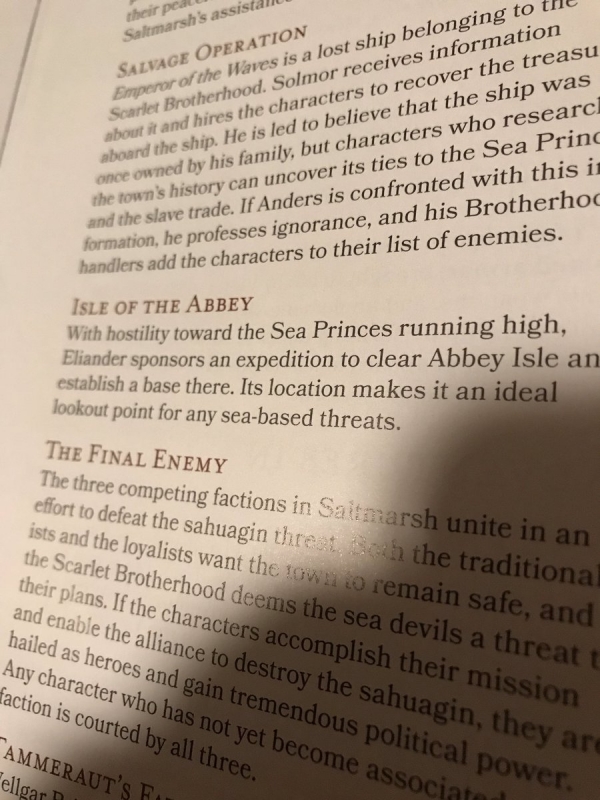 And, unexpectedly, there’s a guide for threading together the dungeon crawls out of Tales from the Yawning Portal as well. 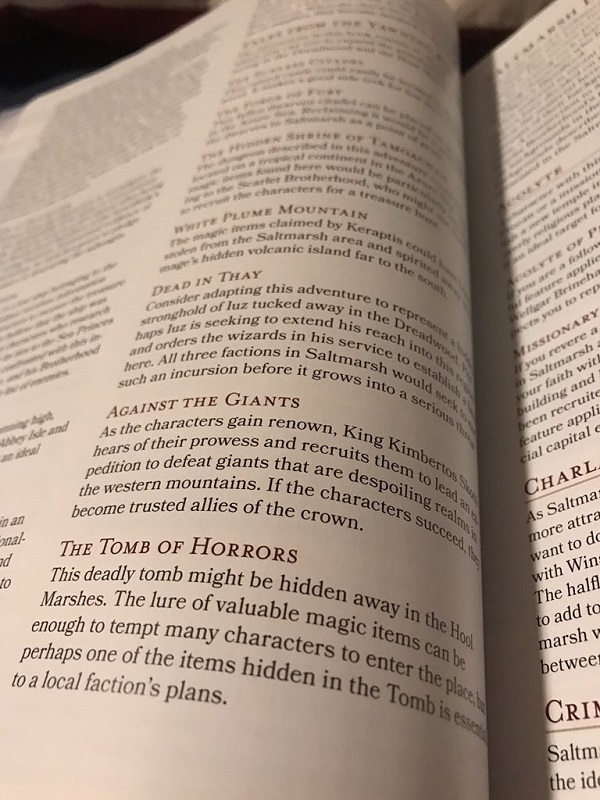 It’s an unlooked for bonus that gives narrative context to some of D&D’s more interesting dungeons. And these factions play a role in the town of Saltmarsh itself. Following the OG Saltmarsh guide to crafting a town full of NPCs, the updated Saltmarsh has a robust town that’s full of life–life that is sometimes at odd with itself. There are three different factions, the Traditionalists, Loyalists, and Scarlet Brotherhood. 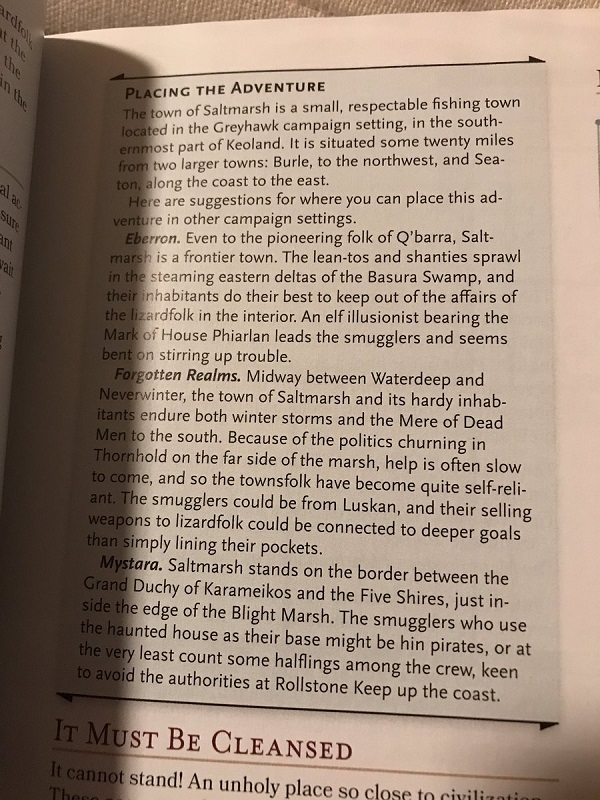 But on top of the town–which is squarely located in Greyhawk, owing to its origins. It’s got a sidebar to help connect it to many of the other D&D worlds, including Eberron and the Forgotten Realms and even Mystara–though strangely no Krynn of yet. 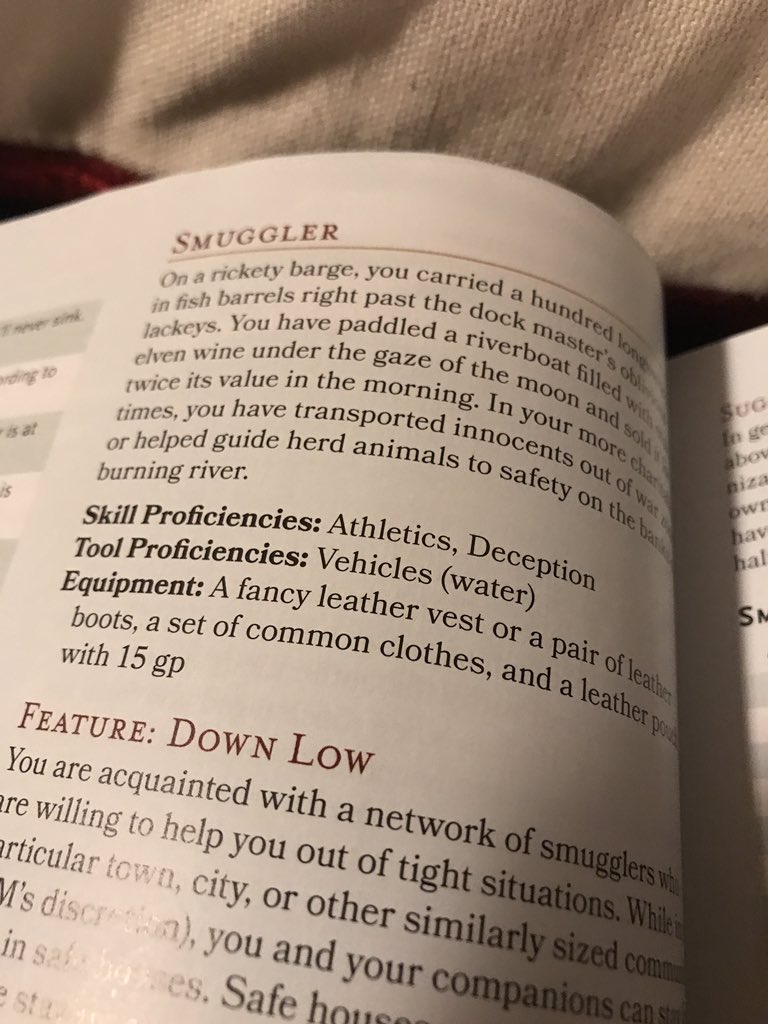 But on top of all that, you’ll find a list of custom backgrounds to help get your players into the adventures. This is a campaign guide as well, with a number of player options. You could be a fisher, an acolyte, or the perennial favorite, a Smuggler. And even if you’re not interested in running an adventure out of Satlmarsh you can find new monsters: 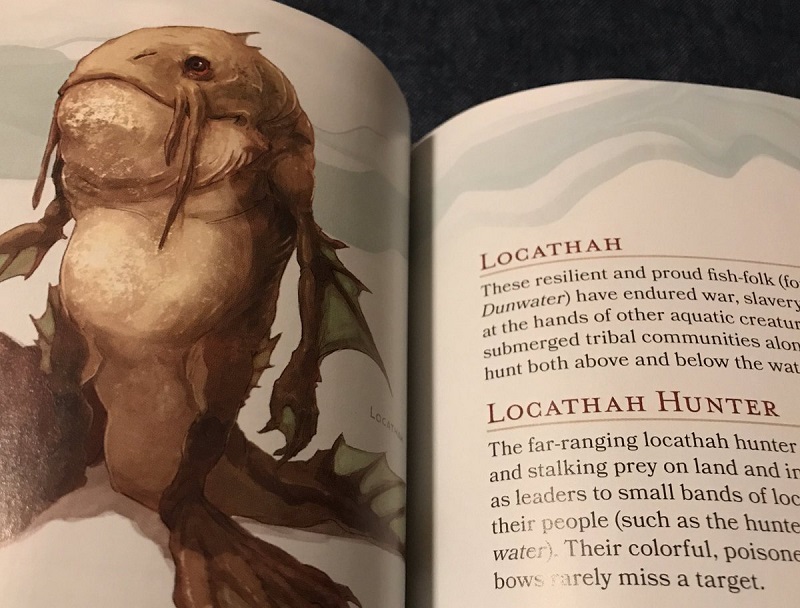 Here’s a Locathah making their 5th Edition Debut, and looking stylish. You can also find some inspiring artwork–here are some lizardmen sitting down to storytimes. 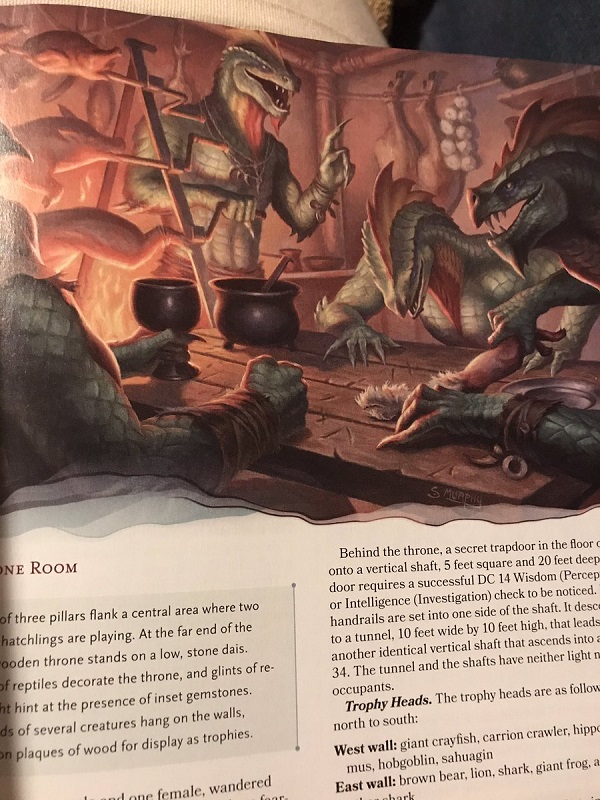 And it’s hard not to love all the new ships, who come with stat blocks (as we’ve seen before) but also they come with some sweet looking maps that show off their deckplans. 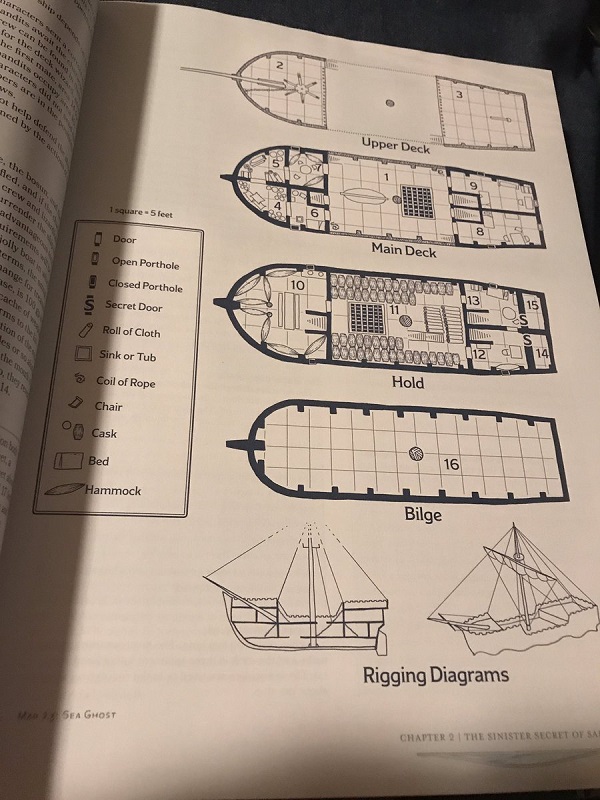 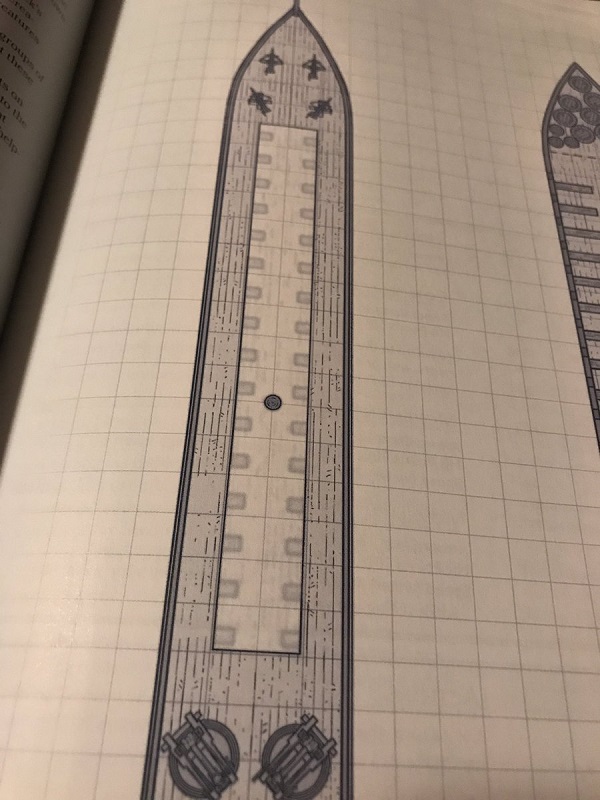 This looks like a valuable resource for anyone interested in a seafaring adventure. We’ll be taking you in for a review once the book arrives–but in the meantime, this will have to, ahem, tide us over.