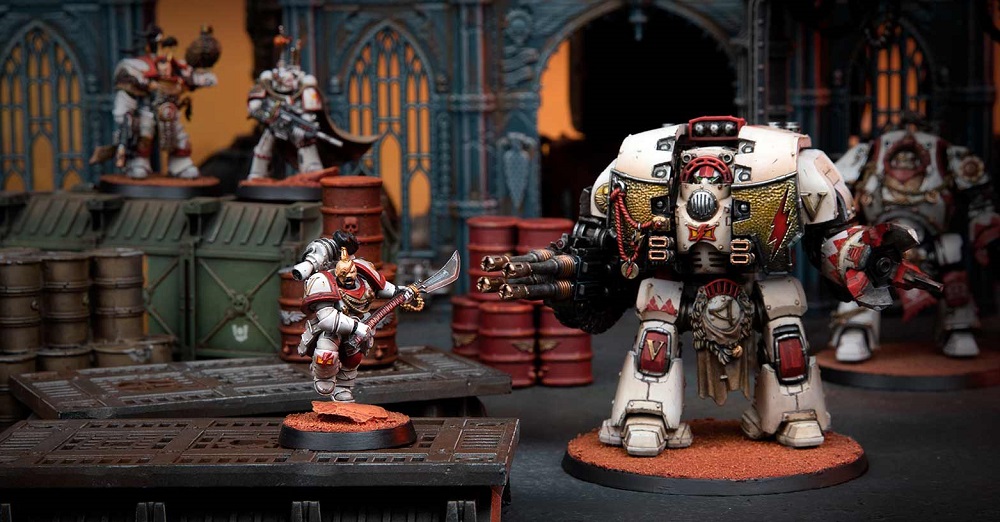 Forge World has some new White Scars minis available. The Legion Praetor and Leviathan Dread are here for Pre-orders! 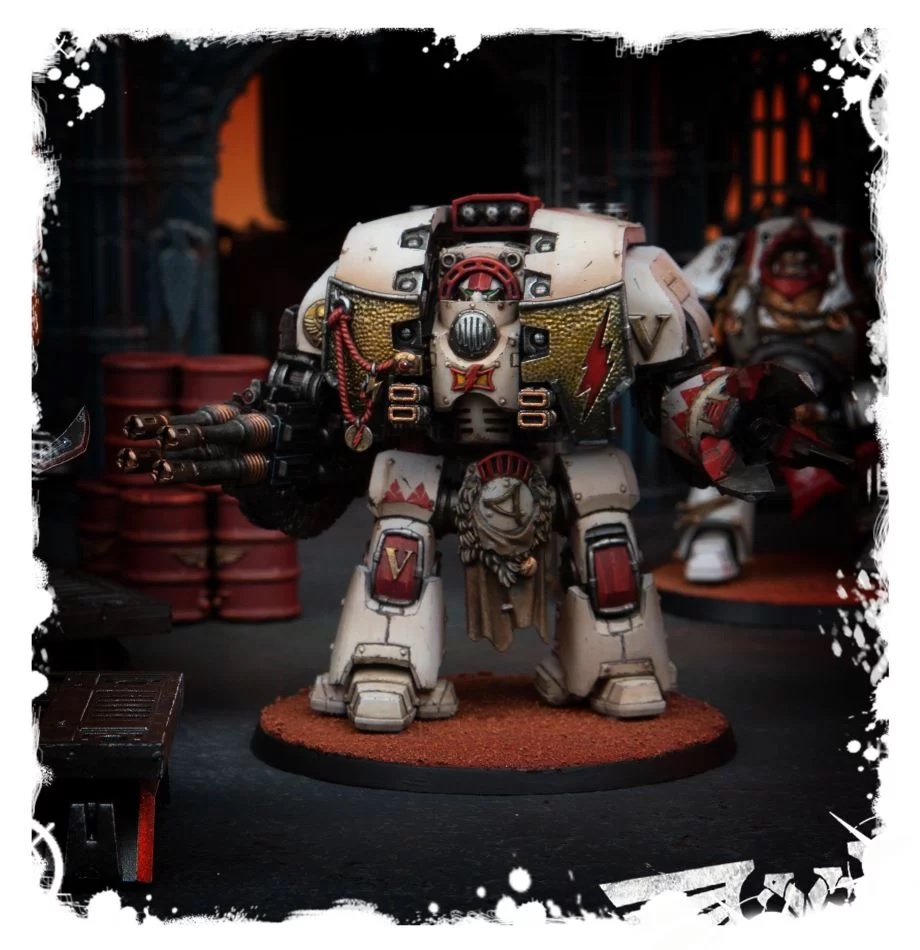 If you’re after a complete White Scars Legion Leviathan Siege Dreadnought, this bundle includes the war machine’s body and a solid choice of Leviathan Siege Claw and formidable Leviathan Siege Cannon. When combined with its torso-mounted volkite calivers or heavy flamers (and optional phosphex discharger), the Leviathan Dreadnought can smash its way through any opposition. 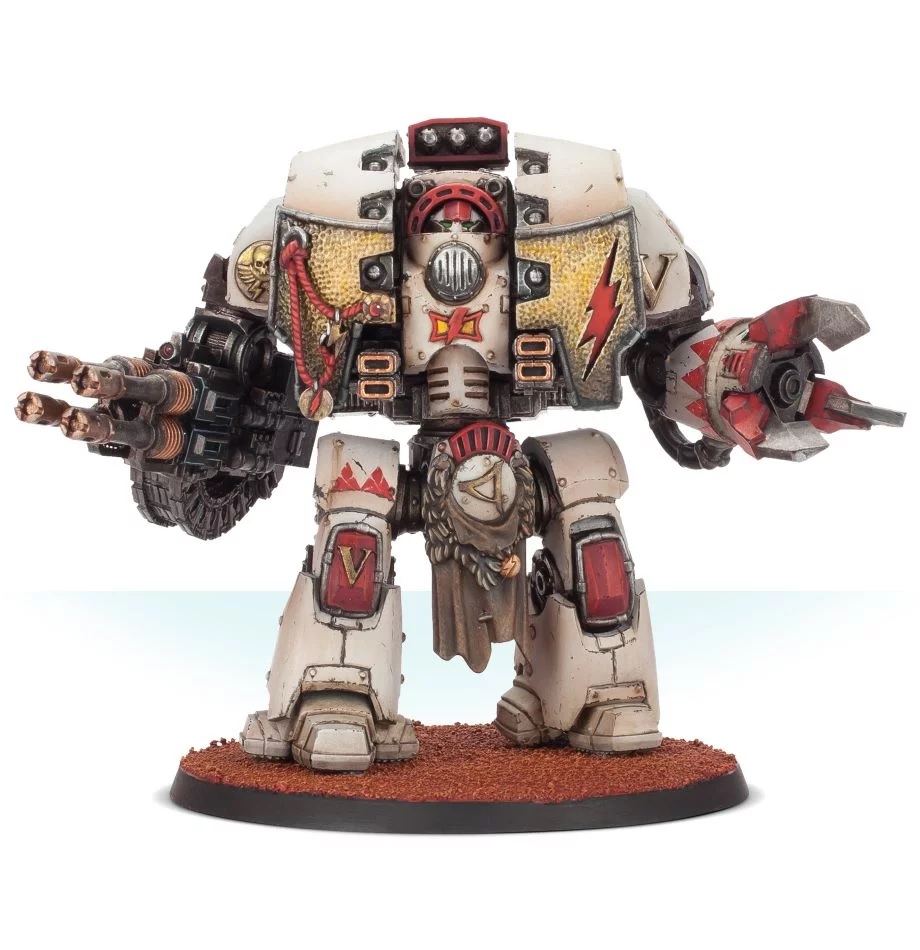 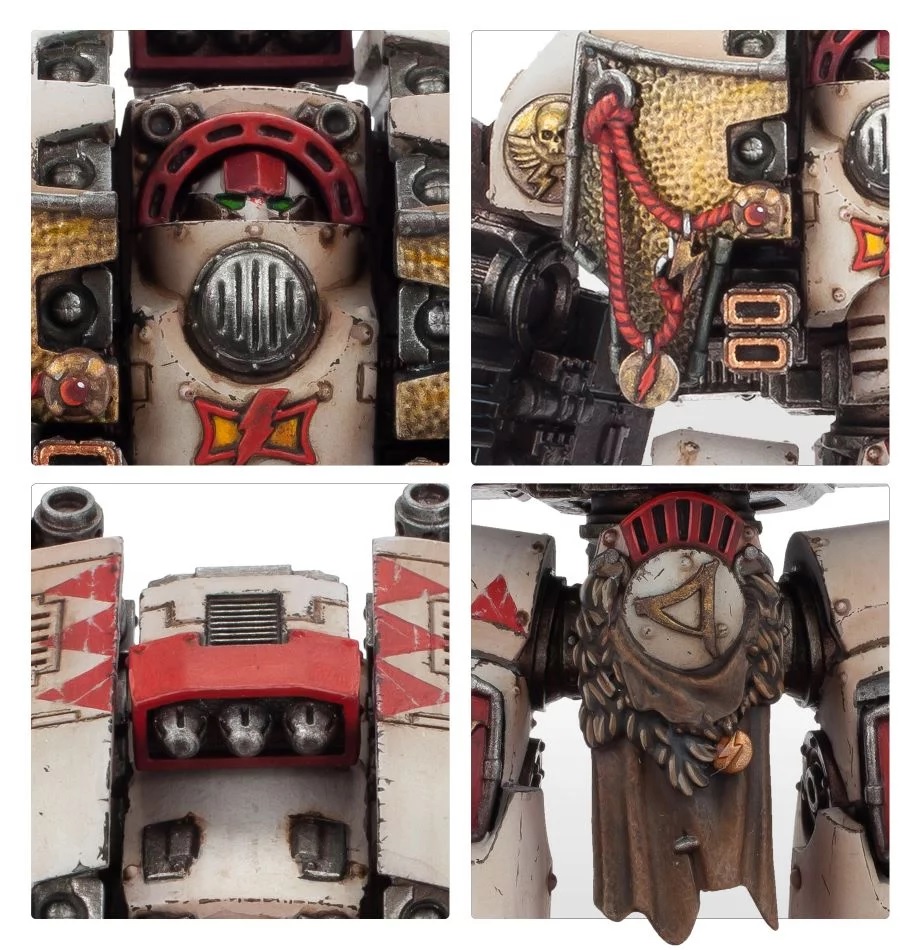 Rules for Leviathan Siege Dreadnoughts can be found in The Horus Heresy – Legiones Astartes: Age of Darkness Army List book, while the White Scars Legion rules are found in the Horus Heresy Book Eight – Malevolence. 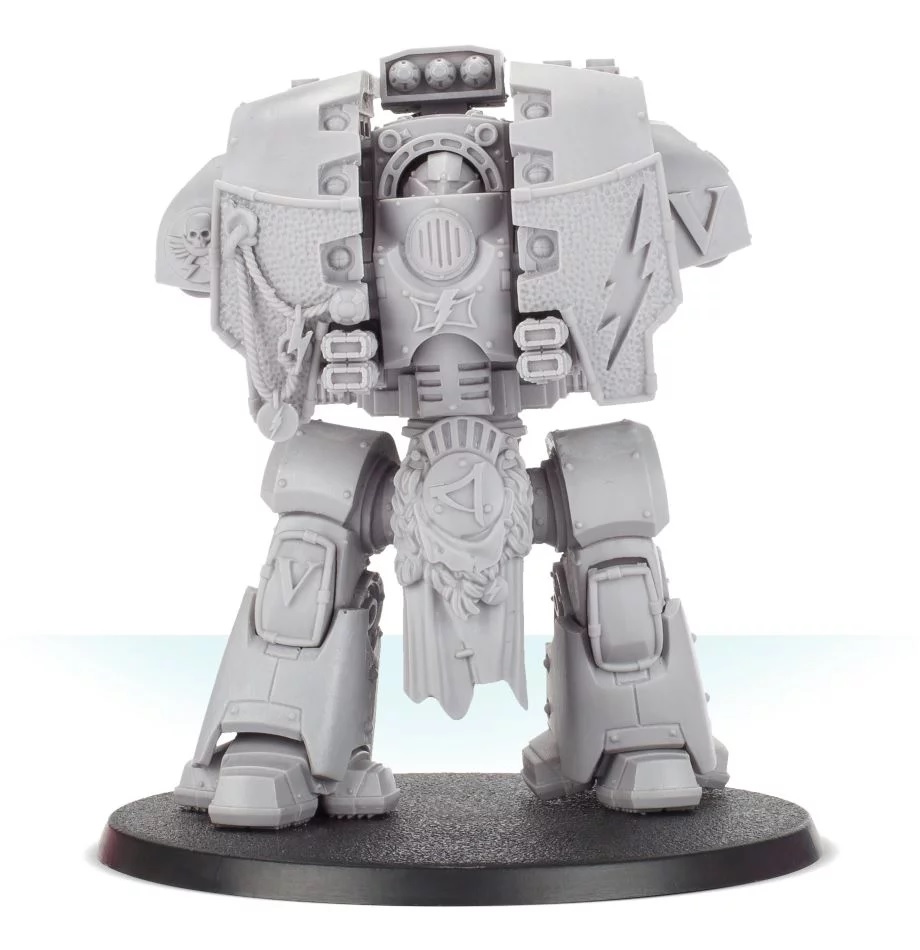 Created in limited numbers in the latter days of the Great Crusade, the Leviathan Pattern Siege Dreadnought was developed in secret on Terra, away from the pervasive oculars of the Mechanicum. Its massive frame incorporates hybridised technologies, some dating back into the dim past of Humanity.

Towering over later Imperial walker patterns, this heavily armoured Dreadnought is savagely powerful. It was designed for siege warfare and primarily armed with close-combat and support weaponry that can rend buildings, vehicles and flesh alike – though it is no less effective when armed with the powerful and esoteric short-ranged weaponry uniquely developed for it. The Leviathan’s oversized reactor allows it to bear weapons more powerful than other classes of Dreadnought, and also powers reinforced energy fields that surpass those developed for the Contemptor class.

Power has its cost though, and the systems of the Leviathan place a lethal level of strain on the minds its occupants. Those few examples that survive in the armouries of Space Marine Chapters into the 41st Millennium are reserved for the direst of circumstances. Marines who find themselves interred within a Leviathan will pay a heavy toll – either with their life or their reason.

Available to both Warhammer 40,000 and The Horus Heresy armies, the White Scars Legion Leviathan Pattern Siege Dreadnought is a must-have for any collector of the sons of the Great Khan. Designed to match the rest of your Legion, it features distinctive and highly ornate detailing that proudly bares the iconography of the White Scars.

The miniature comes with a choice of two volkite calivers or two heavy flamers mounted to its front, as well as an optional phospex grenade launcher which can be modelled on the top of the Dreadnought. It is fully compatible with a number of optional weapon arms (available separately). The miniature is comprised of 25 resin components, and comes supplied with a 80mm Citadel Round Base. 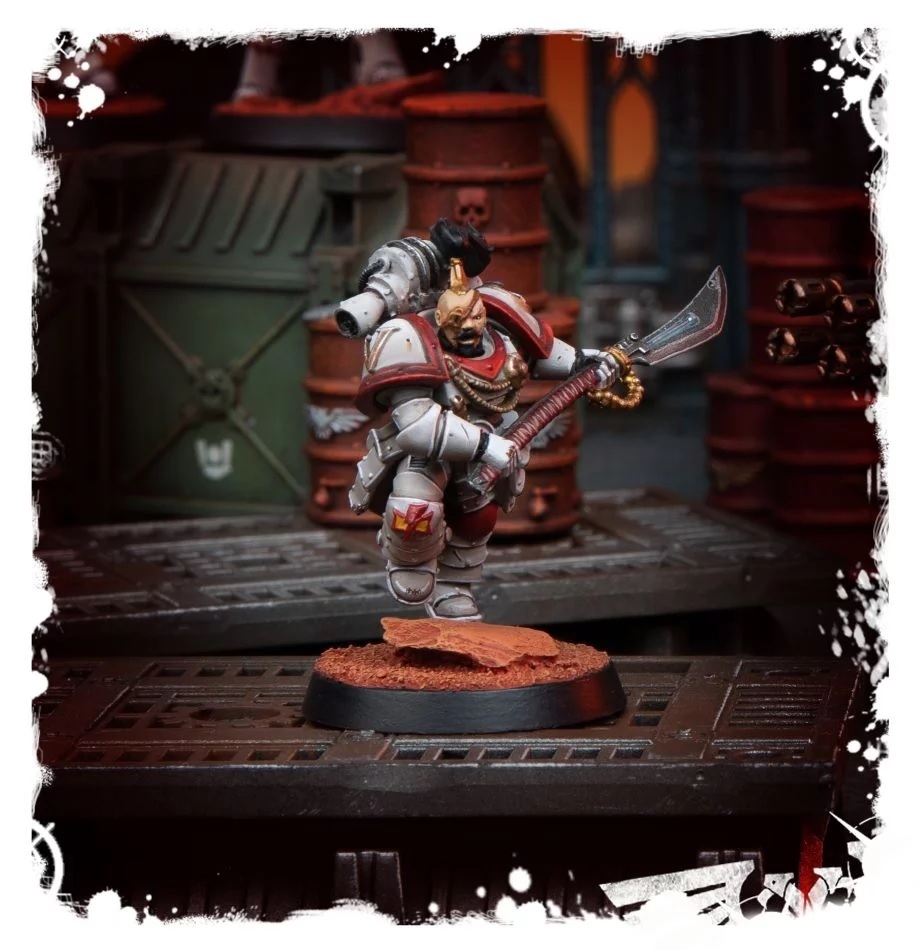 Champion your Legion with this new Praetor – designed specially to match the rest of your White Scars collection. 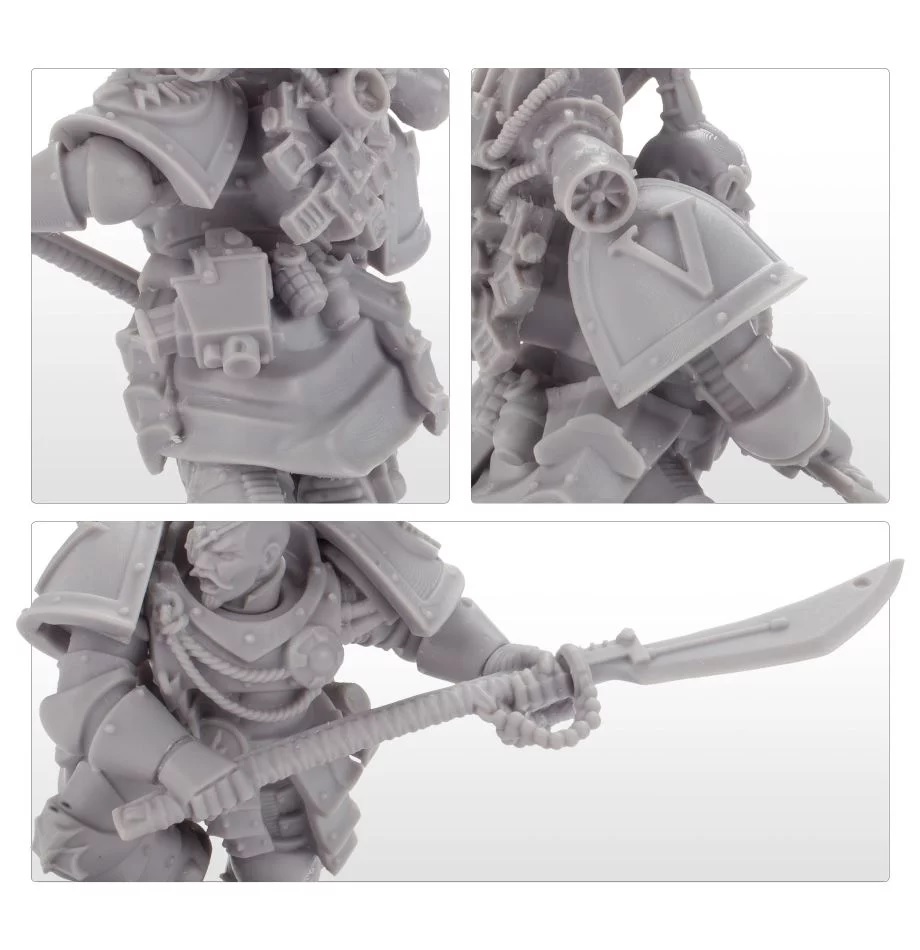 Praetors are among the greatest commanders of their Legions, seasoned by years of war and masters of both front-line combat and tactical command. This set allows you to build a Praetor to lead your army, with a wealth of ornate detail and beautiful embellishments that’ll truly make it stand out on the tabletop. What’s more, you’ll be able to customise your Praetor even further with your choice of heads. 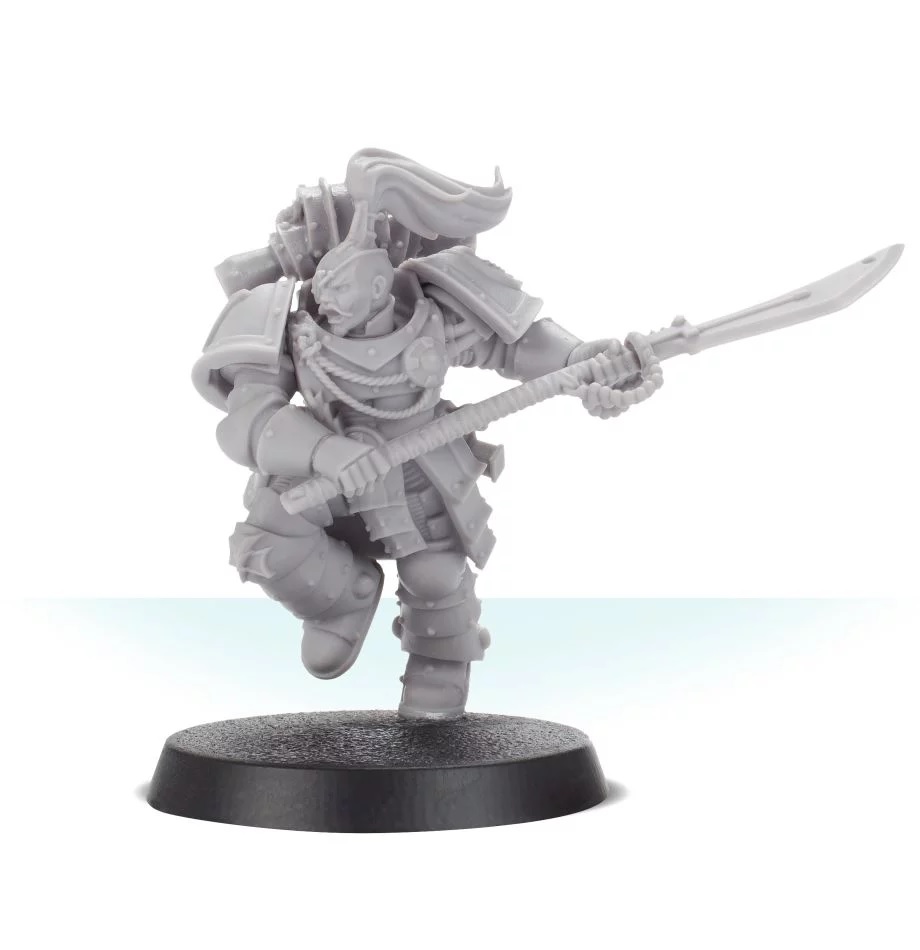 The miniature is comprised of 13 resin components, and comes supplied with a 32mm Citadel Round Base. Rules for Legion Praetors can be found in The Horus Heresy – Legiones Astartes: Age of Darkness Army List book, while the White Scars Legion rules are found in the Horus Heresy Book Eight – Malevolence. 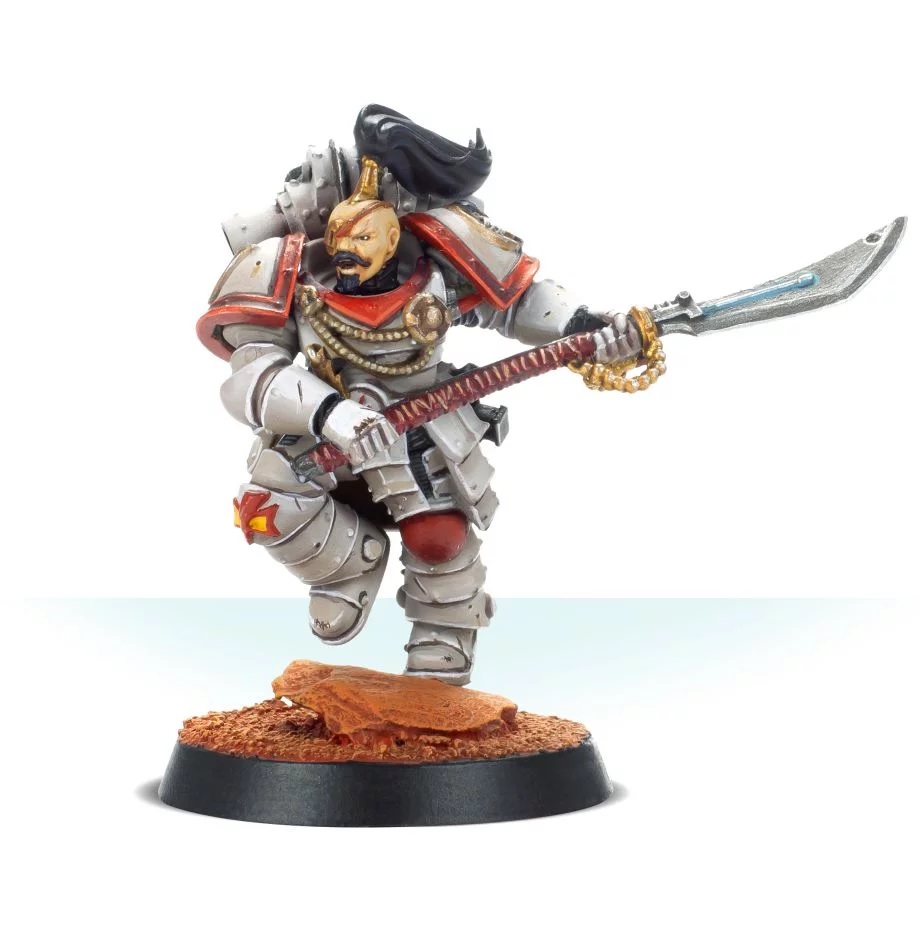 Author: Adam Harrison
Writer, Editor, Texas Native, and Austinite for 15+ years, Adam covers all things Tabletop Gaming. Which includes Warhammer 40,000, Age of Sigmar, D&D, Board Games and everything else that involves dice, boards, cards and a table. A hobbyist, player, and collector of miniatures and games, Adam's current obsession are his Death Armies for Age of Sigmar, his Blood Angels and Tyranids for 40k, and his ever growing Arkham Horror: The Card Game Collection.
Advertisement
Forge World Horus Heresy Miniatures Tabletop News Warhammer 40k
Advertisement