More tidbits are being released about the anticipated series – check out new photos of the Skesis and Gelfling puppets. They look fantastic!

It was confirmed at NYCC last year that Dark Crystal: Age Of Resistance has just enough CG to remove the puppeteers from scenes – all of the characters are hand made puppets modeled after the ones used in the 1982 movie. EW shared some new photos give us a look at the new scenes and characters… 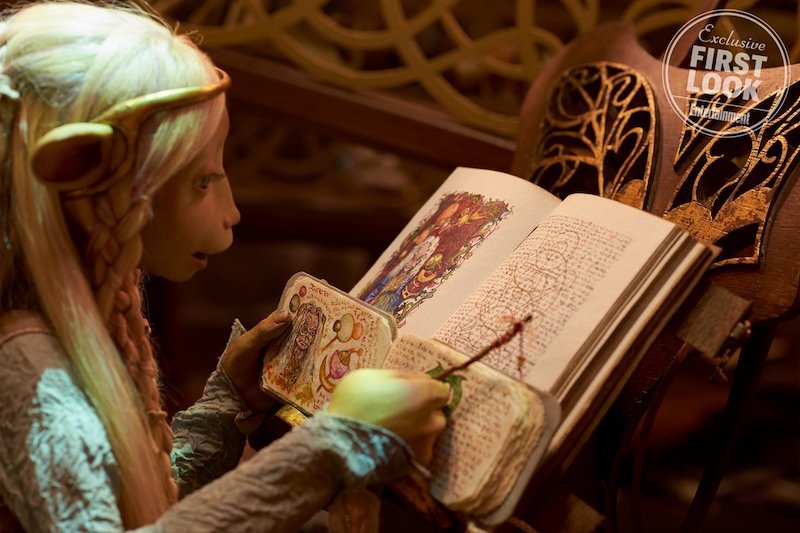 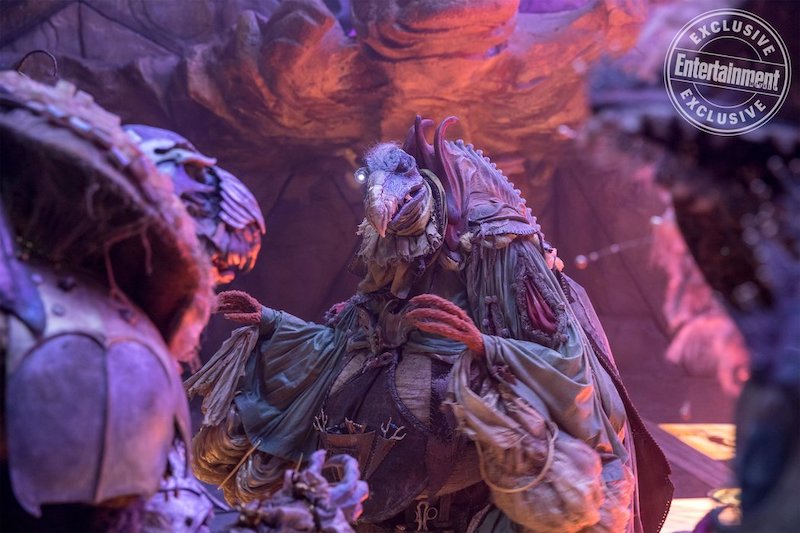 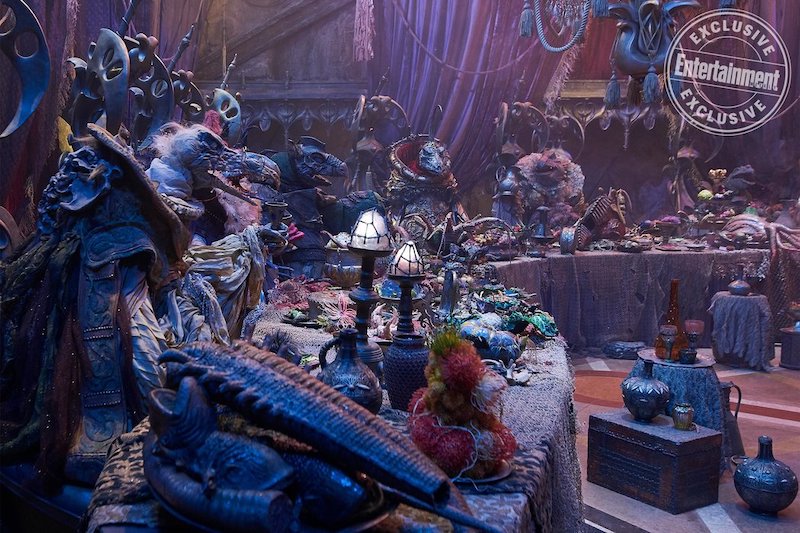 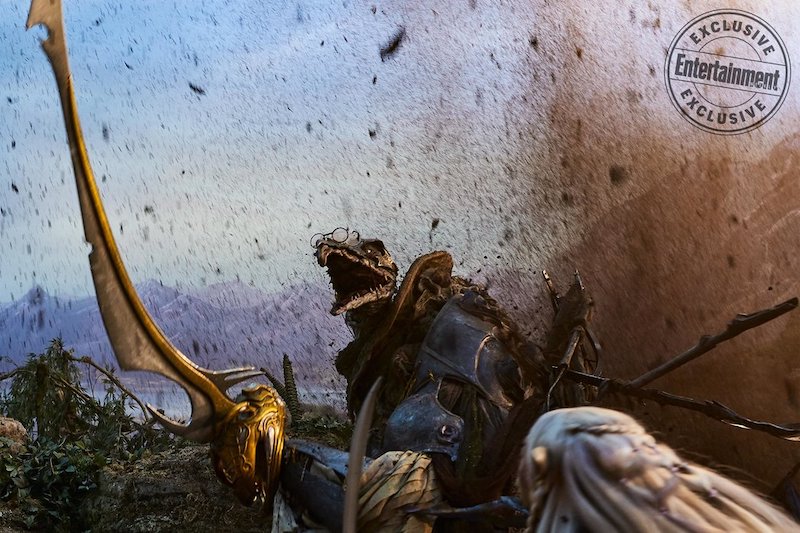 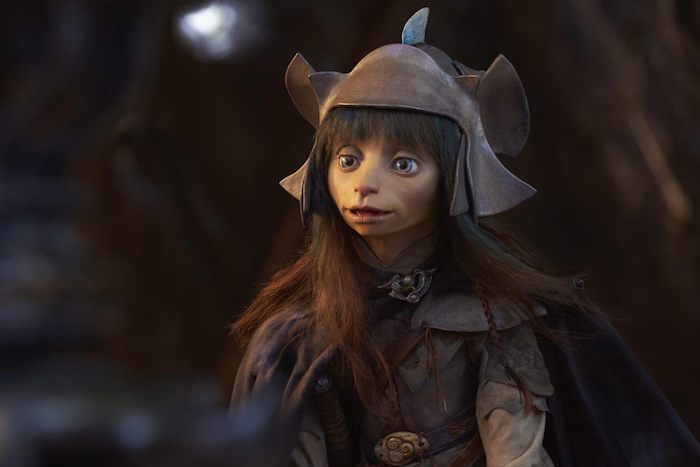 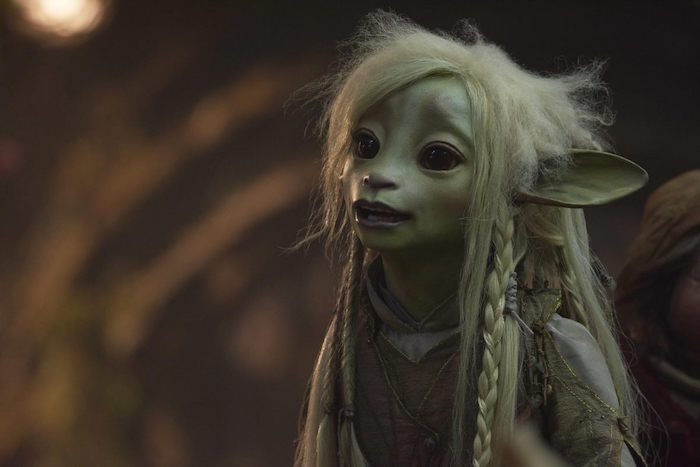 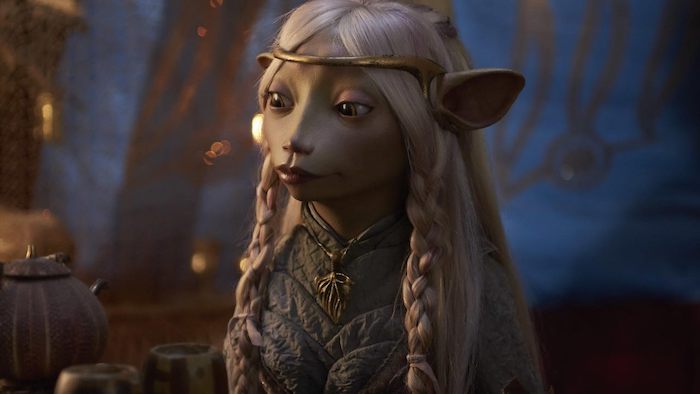 The voice cast was announced last year – it’s got some big names.

Gelfling characters are voiced by:

The Skeksis & Mystics are voiced by:

The story focuses on the Gefling city Jen and Kira see from atop the Wall of Destiny in the original movie, and explores the culture lost when the evil Skeksis took over and how the Skeksis gain their power. The creators took inspiration from Avatar: The Last Airbender and Lord Of The Rings when writing the script. Director Louis Leterrier wanted to create something that appealed to old and new fans alike…

“We need to serve the fans…but also we need to create new fans. Kids these days, they haven’t seen puppets that look like this. It’s different and sometimes quite scary. There’s action and drama and a few deaths. You’re going to like it.”