Pathfinder’s got another Player Companion coming down the pipeline. And the latest one takes a look at capturing those moments when your game changes from being merely higher-level to being epic. With rules for all new high-level player selections, including magic item sets, prestige class feats, and 20th level capstone abilities. 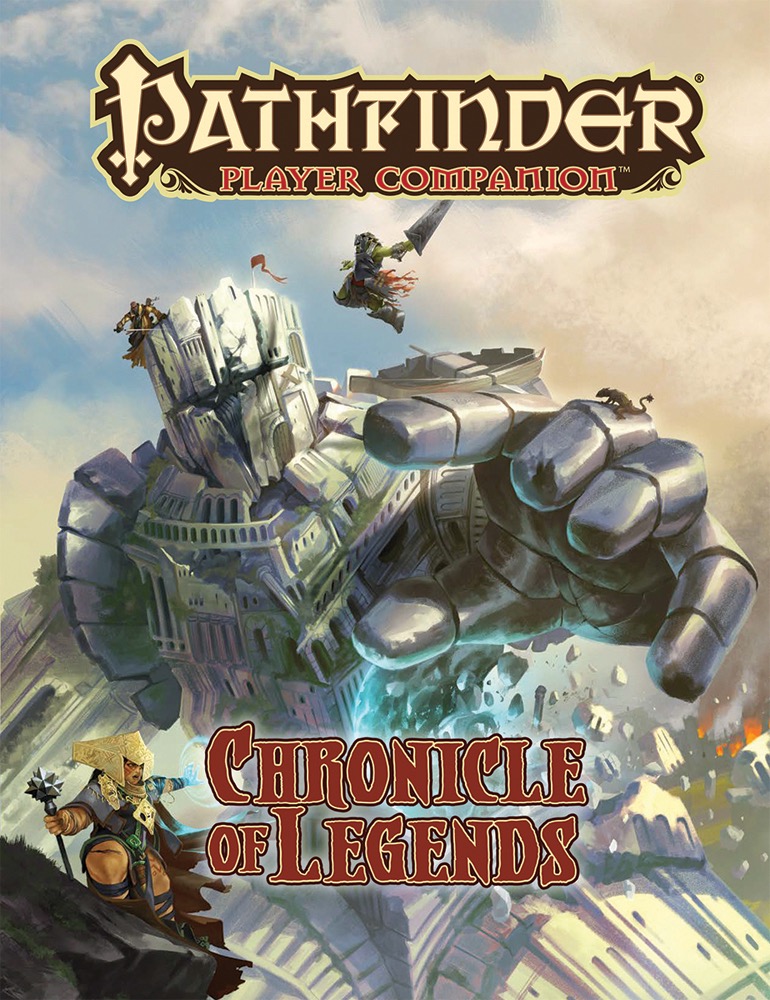 Go Out with a Bang!

All great characters reach the point where their stories grow from heroic into something of legend. Deep in the archives of the Pathfinder Society are tales of legendary heroes who employed high-level class options, wielded magical relics once used by Golarion’s greatest figures, trained in prestige classes with occult power, and cast magic in extraplanar battles too powerful or dangerous to unleash on Golarion. Whether you’re wrapping up a campaign or just starting one, Pathfinder Player Companion: Chronicle of Legends offers everything you need to bring a legendary touch to your game!

This Pathfinder Player Companion is intended for use with the Pathfinder Roleplaying Game and the Pathfinder Campaign Setting, but it can easily be incorporated into any fantasy world.