Amid accusations of plagiarism, Bethesda Softworks has pulled down a recently announced D&D tie-in module for their upcoming Elder Scrolls Online expansion.

A recent promotional D&D module, released by Bethesda and since pulled, appears to have been plagiarized, according to a report from Ars Technica. The module in question, meant to tie-in to Elsweyr, the desert realm of Tamriel, looks to be an only slightly rewritten copy of The Black Road, a DM’s Guild Module from 2016. Paige Leitman, one of the Black Road’s original authors left a long comment thread on the now-removed Facebook post announcing the crossover module outlining some of the similarities.

We have here, thanks to Imgur, a number of photos showing the similarities between both. Let’s take a look. 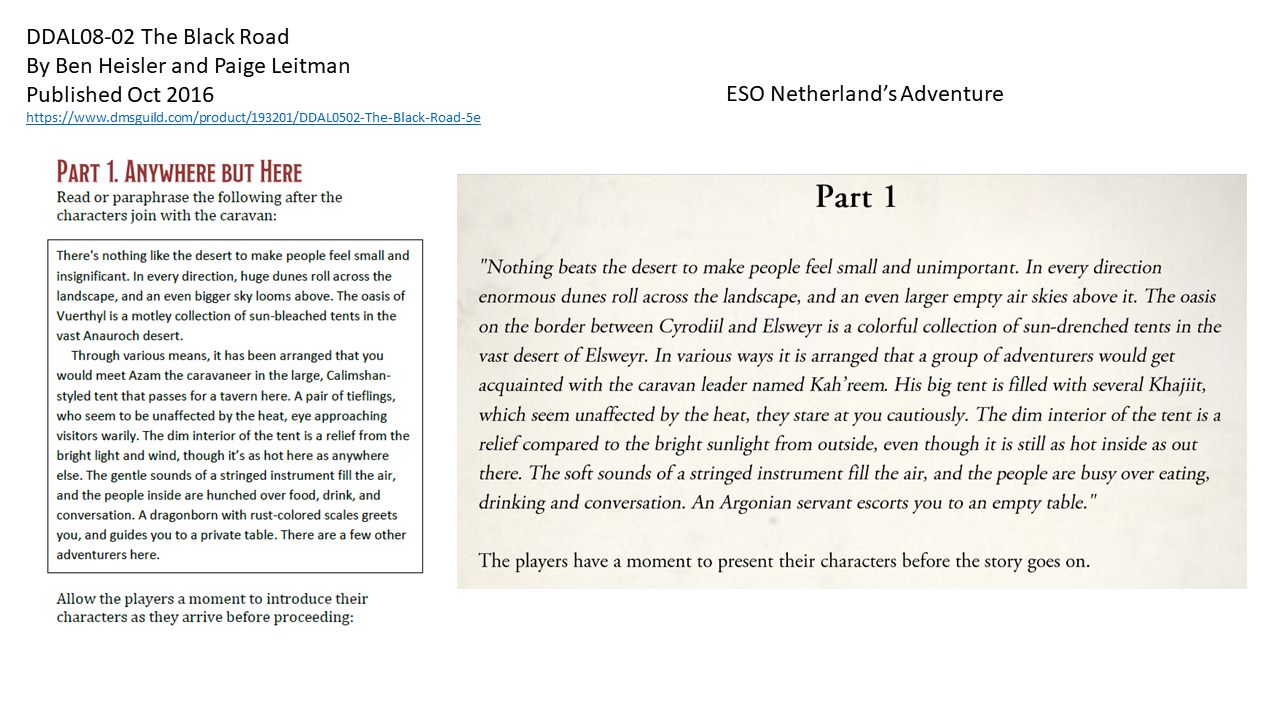 As you read through these, the similarities are pretty egregious. Let’s start with the opening text, going first with the original:

“There’s nothing like the desert to make people feel small and insignificant. In every direction, huge dunes roll across the landscape, and an even bigger sky looms above. The oasis of Vuerhyl is a motlery collection of sun-bleached tents in the vast Anauroch desert.”

And now the Elder Scrolls version:

“Nothing beats the desert to make people feel small and unimportant. In every direction enormous dunes roll across the landscape, and an even larger empty air skies above it. The oasis on the border between Cyrodiil and Elswyer is a colorful collection of sun-drenched tents in the vast desert of Elseweyr.”

That sort of rewriting wouldn’t fly in a High School Composition course (as long as it was one where the teachers actually pay attention), and yet it goes deeper than just a few similar phrases. There are straight up lifts of encounter setups: 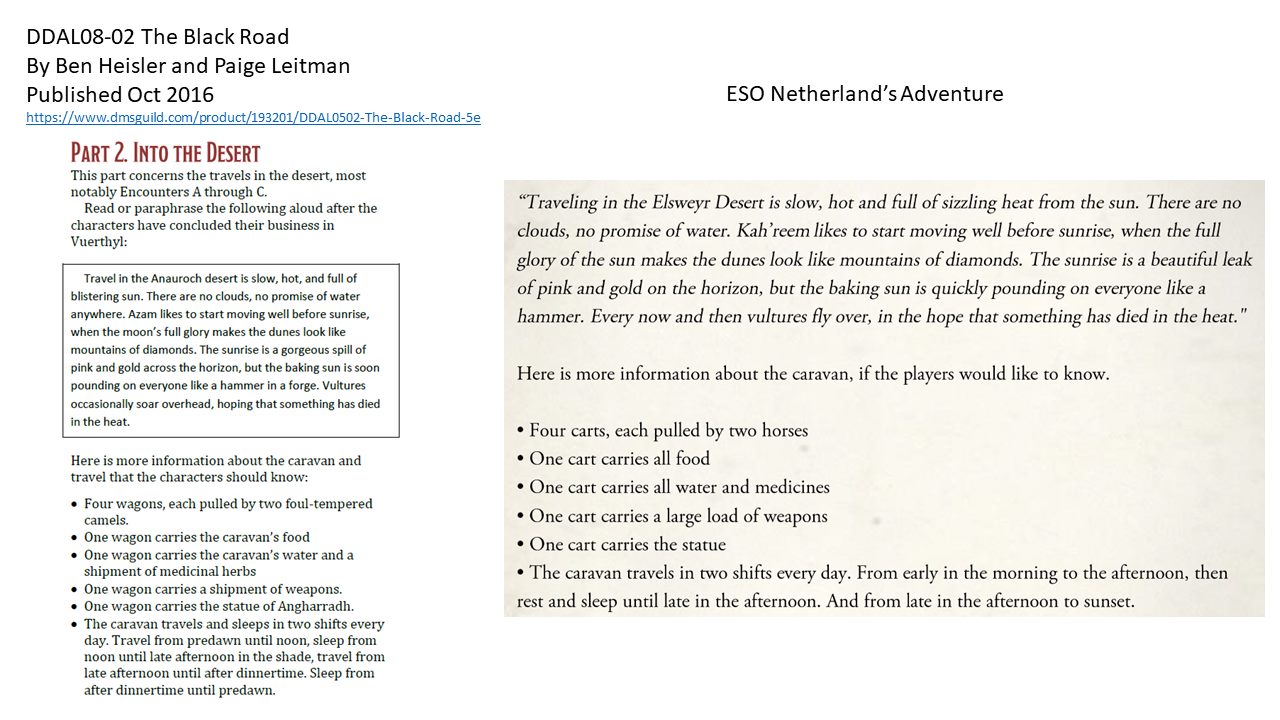 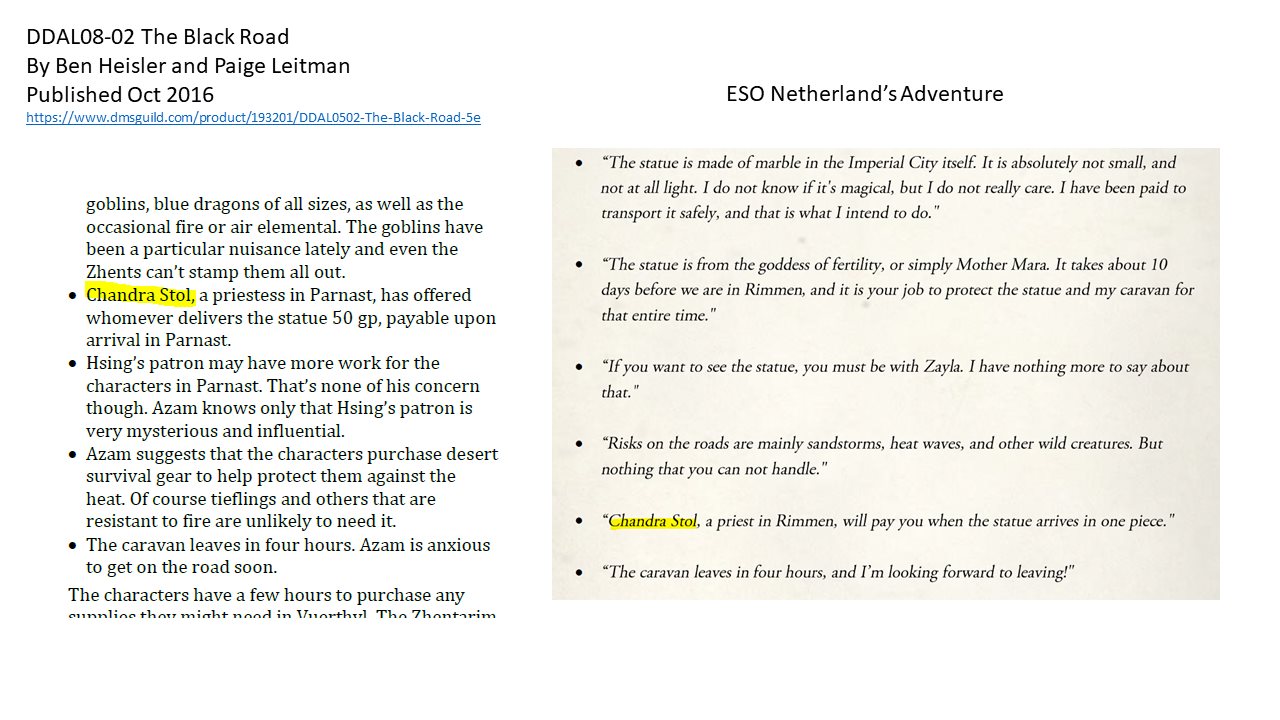 And then some. As of the time of the writing, Bethesda had pulled the module from its Facebook, stating that they were going to “investigate the source” of the Elsweyr Module. But, from the look of things it seems pretty clear: 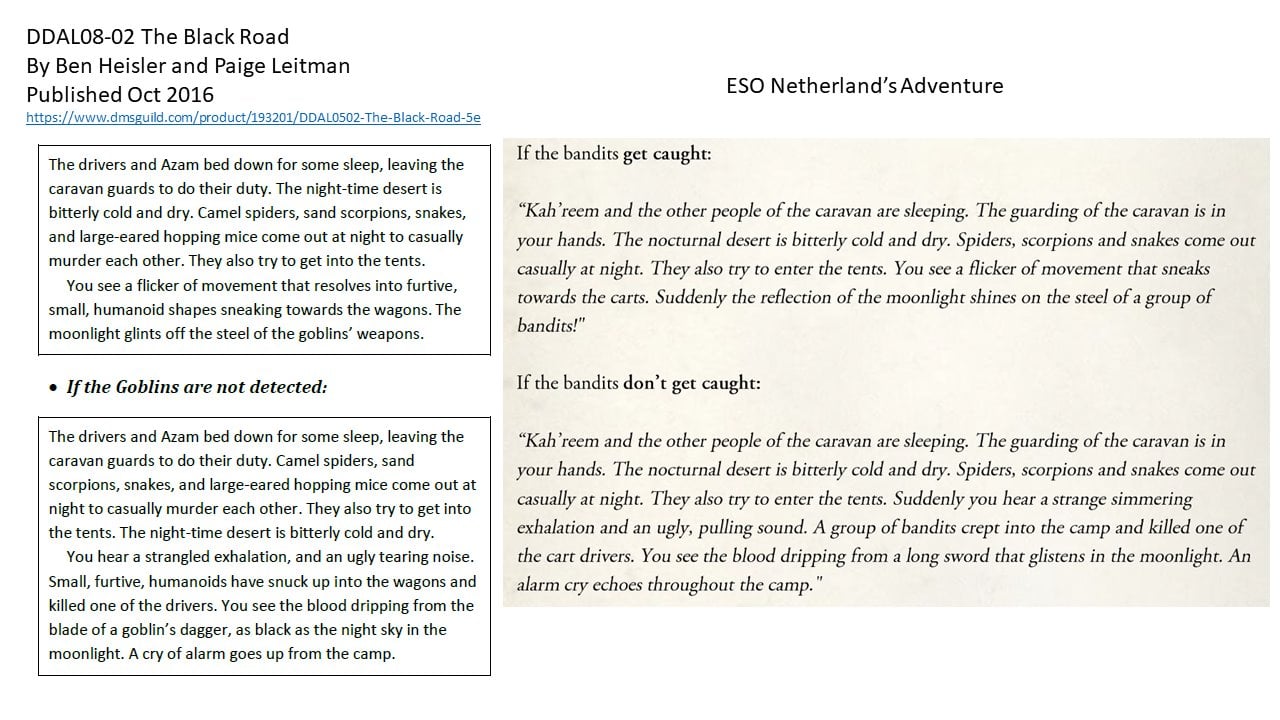 At any rate, you can find the Black Road on the DM’s Guild if you’re looking to support a smaller creator.