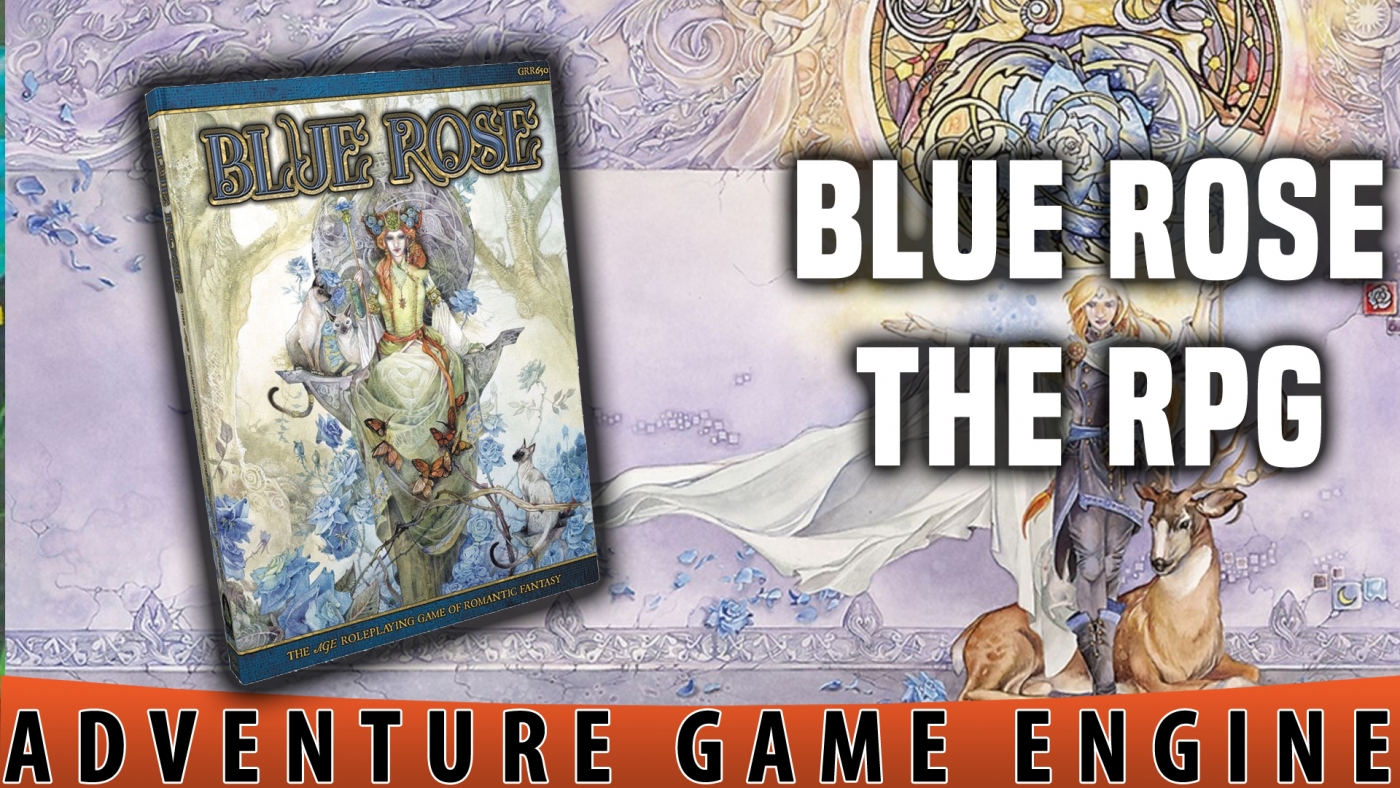 Come and join us as we take you inside the Kingdom of the Blue Rose, an RPG of Romantic Fantasy and talking psychic dolphins.

It could be psychic wolves. Either way, we’ve got an overview of the Blue Rose core rulebook for you today, as part of an expedition into the world of Aldea. There are a couple of new expansions as well, but for now, let’s look at the big special edition in a swanky blue cover with gold-embossed pages. 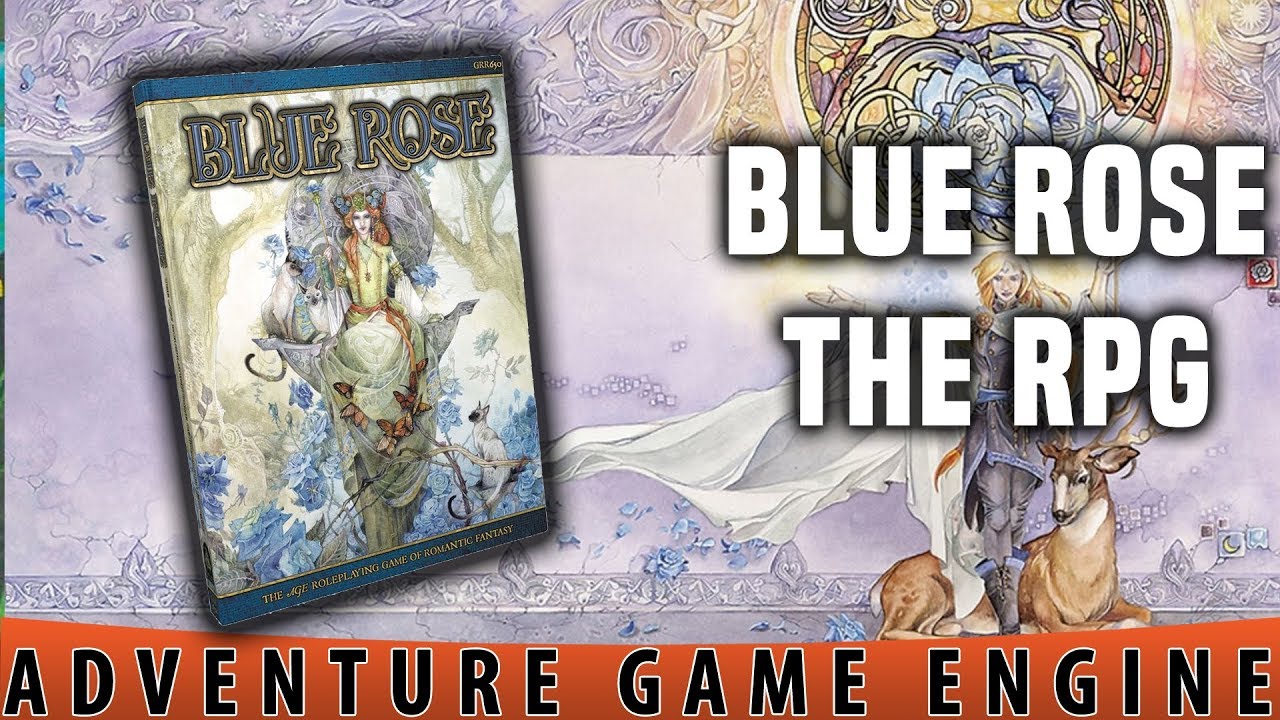 Two things: Blue Rose, as we mention, is a game of Romantic Fantasy. Some folks have said it’s controversial, but we live in 2019, you have to try a lot harder than this game does to get controversial. You wouldn’t even get kicked out of an Arby’s for talking about the more sensitive subjects in the game, and it’s cool to see representation for LGBTQ+ stories and characters, as well as characters with disabilities in a game. 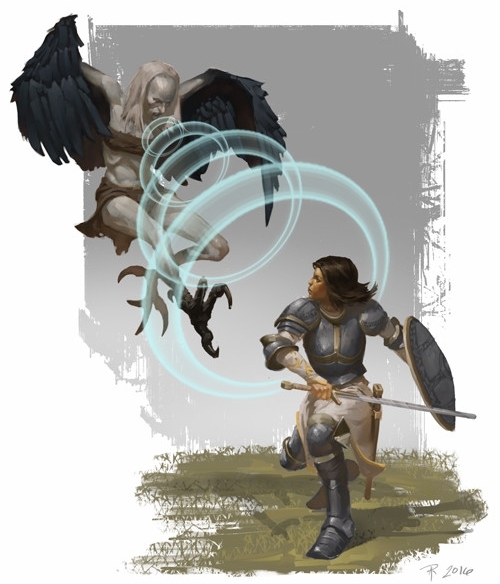 The other thing: in the video, I say the game came out twenty years ago–it’s actually only fourteen years old, so don’t wither away into dust like at the end of Indiana Jones and Monty Python’s Holy Grail just yet. You’ve got ten more years before the cold specter of death comes to visit you.

Other things worth digging into about the game, you can play a whole party of sentient psychic dolphins, or a pod, if you will. I don’t know why you aren’t, there’s really no reason not to. There’s also a handy guide to portraying campaigns of all different stripes, from fantasy three musketeers to a Quantum Leap-esque campaign that sees your party careening through the history of the Blue Rose, or a campaign where you travel around planning weddings and romantic comedy escapades. If that sounds like it’s a game up your alley, check out Blue Rose. 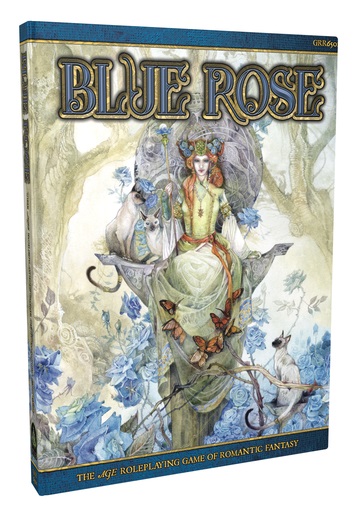 A decade ago Blue Rose shook up the RPG scene with its vision of romantic fantasy and inclusive gaming. Now the world of Aldea returns in a new edition using the Adventure Game Engine (AGE), the popular rules that power the Fantasy AGE and Dragon Age RPGs. This beautiful, full-color book contains everything needed to create and tell stories of heroic envoys of the Sovereign’s Finest as they protect their homeland of Aldis from threats like the shadowy Kingdom of Kern and the fanatical Theocracy of Jarzon, as well as monsters and artifacts from the cruel reign of the Sorcerer Kings. Aided by the rhydan—their psychic animal allies—the champions of the Kingdom of the Blue Rose safeguard the light of the world against the power of Shadow.

Will you answer the Sovereign’s call?

Editor’s Note: Post updated to reflect that Blue Rose was initially published in 2005.