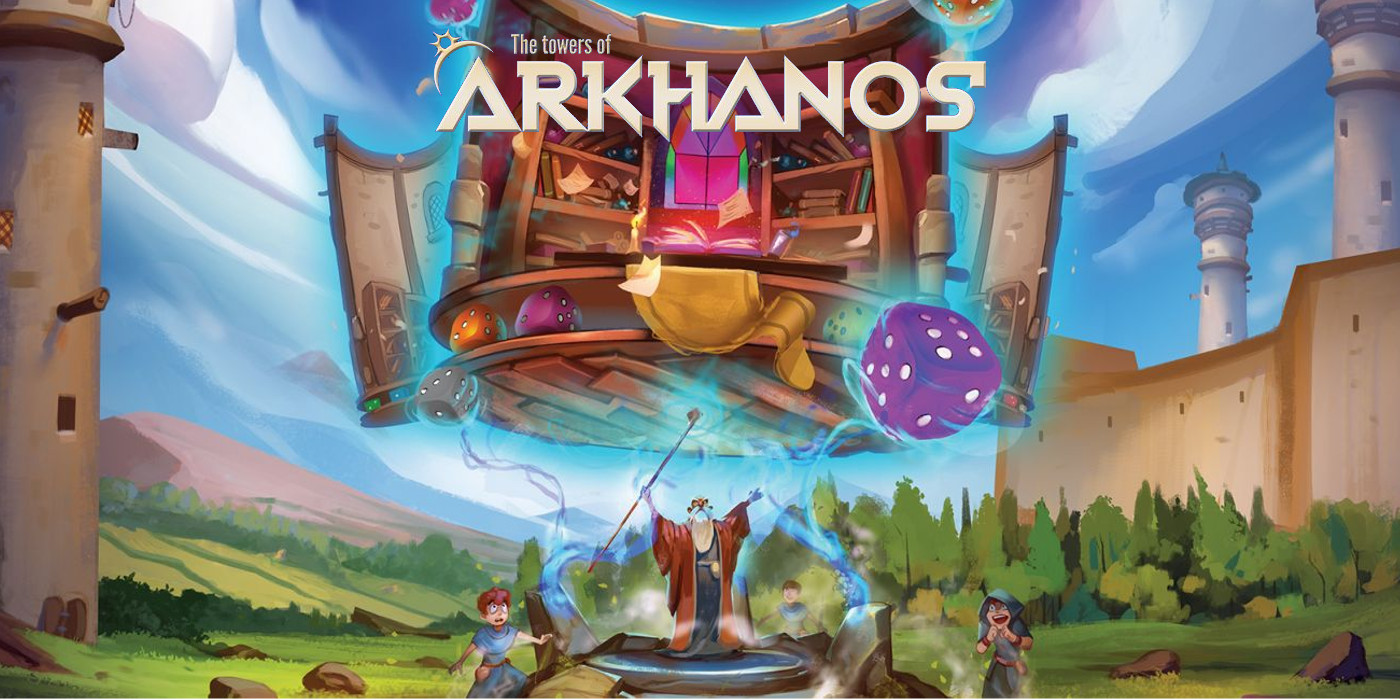 Dice stacking is a staple of the easily distracted tabletop gamer. Use those skills as you build the Towers of Arkhanos!

Towers of Arkhanos is a competitive strategy family game with dice drafting and worker placement mechanics. The goal of each player is to gain the most victory points by game’s end. Victory points are gained by placing dice and workers in specific spots on the towers as they are being built and controlling the most pillars on each floor of the towers.

Each game starts with 4 towers, comprised of multiple floors which will be built throughout the game. Each floor tile notes which dice can be placed there as pillars for the next floor, as well as noting what will be gained by building that pillar. 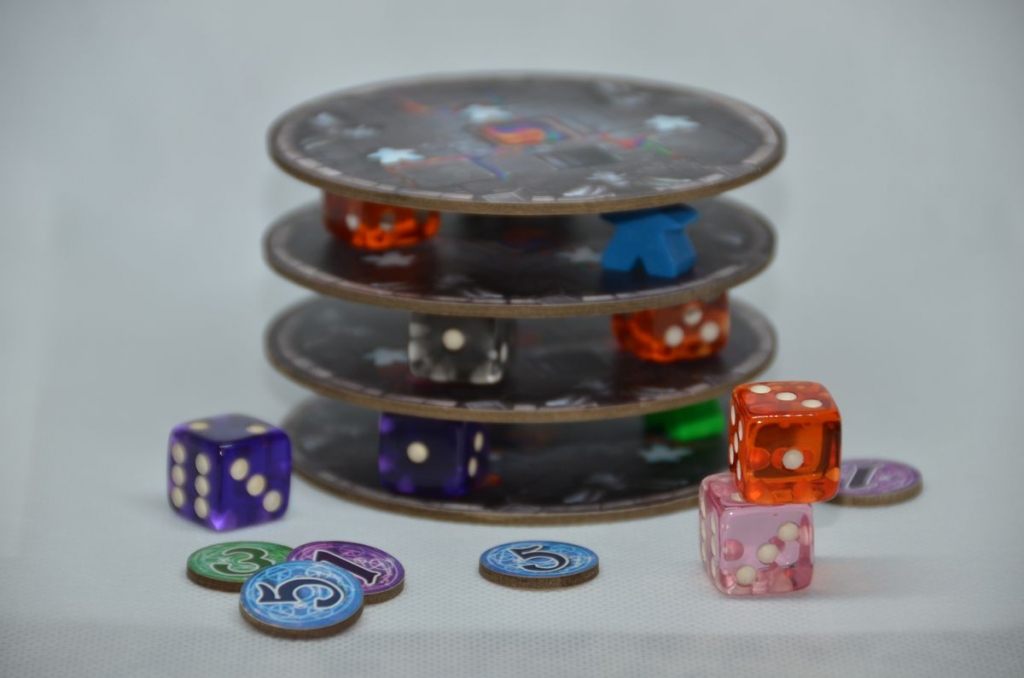 At the start of each round, the first player will roll 5 dice into a common pool. On each player’s turn they will pick a die and one of their wizardy meeples to place on one of the towers.  Once a floor is completed, a new level is added on top. The player with the majority of controlled pillars on that floor gains bonus victory points. 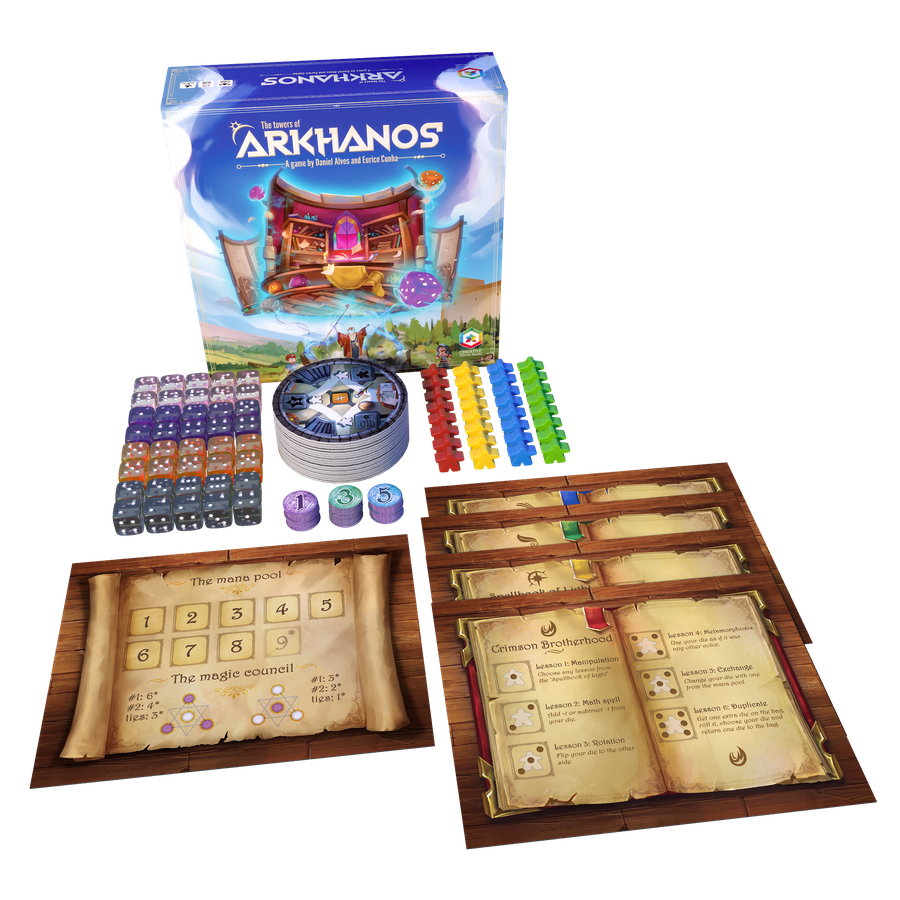 Players also have the option to use their wizards to learn new spells. These spells assist the players in manipulating the dice to better suit the player’s needs.

After a set number of rounds, the game ends and whichever player scored the most victory points wins! 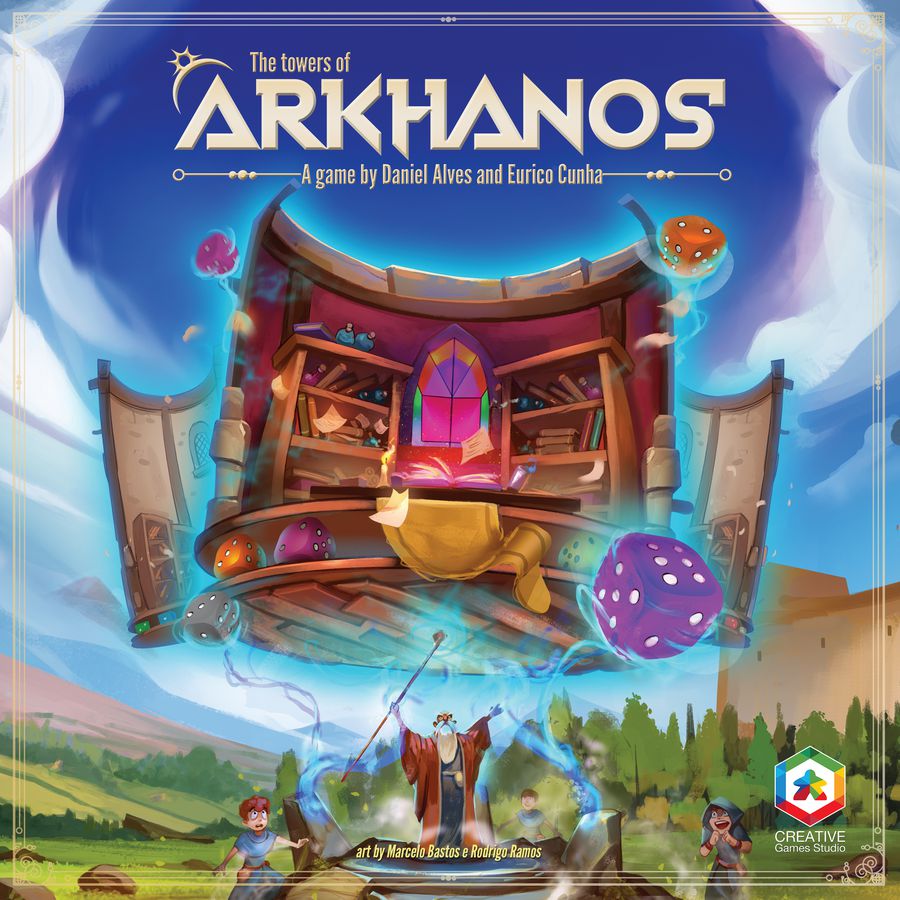 The towers of ARKHANOS is a fast-paced competitive boardgame for 2 to 4 players who will control one of the magic schools from the realms of Drunagor and try and build the magic towers in order to gain more prestige points to be appointed the greatest wizard of the realm.

Designed by Daniel Alves and Eurico Cunha two of the creators from “MASMORRA: Dungeons of Arcadia”, the game features artwork by Marcelo Bastos and Rodrigo Ramos creating a unique and colorful world.

Will you take the wizard’s robe and accept the challenge or be forgotten by the magic high council of the realm?

Choose a magic school, gather your master and his apprentices and head to the ruins of Gil Garoth, where the challenge of arch magician ARKHANOS shall begin.