40K Apocalypse: 5 Things We Can’t Wait To See In Action 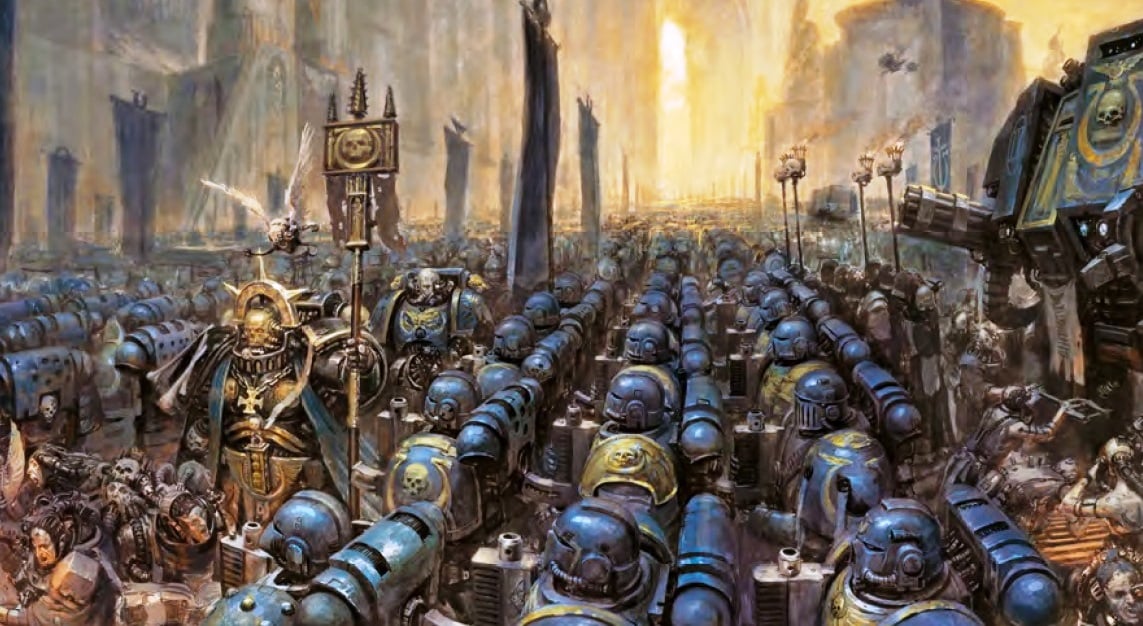 Apocalypse is coming soon and we’re chomping at the bit to try out these new things in the updated Apocalypse Rules!

I’ve been a fan of big games of 40k since forever. Getting together with a bunch of like-minded friends and playing in massive games of 40k scratches an itch that standard 40k just can’t reach. That’s why this new version of Apocalypse has me so interested. If GW has managed a way to recreate the spectacle of Apoc and condense the time down to a few hours vs an entire day, then I’ll be in Apoc-Heaven!

That said, there are a handful of things that Apocalypse is doing that really has me personally stoked to try out. These things, to me, are going to make or break the game. If GW has gotten these things right, then I think they are going to have a winner on their hands. And at worse, they’ve at least experimented with some rules changes that may-or-may-not find themselves floated over to standard 40k. 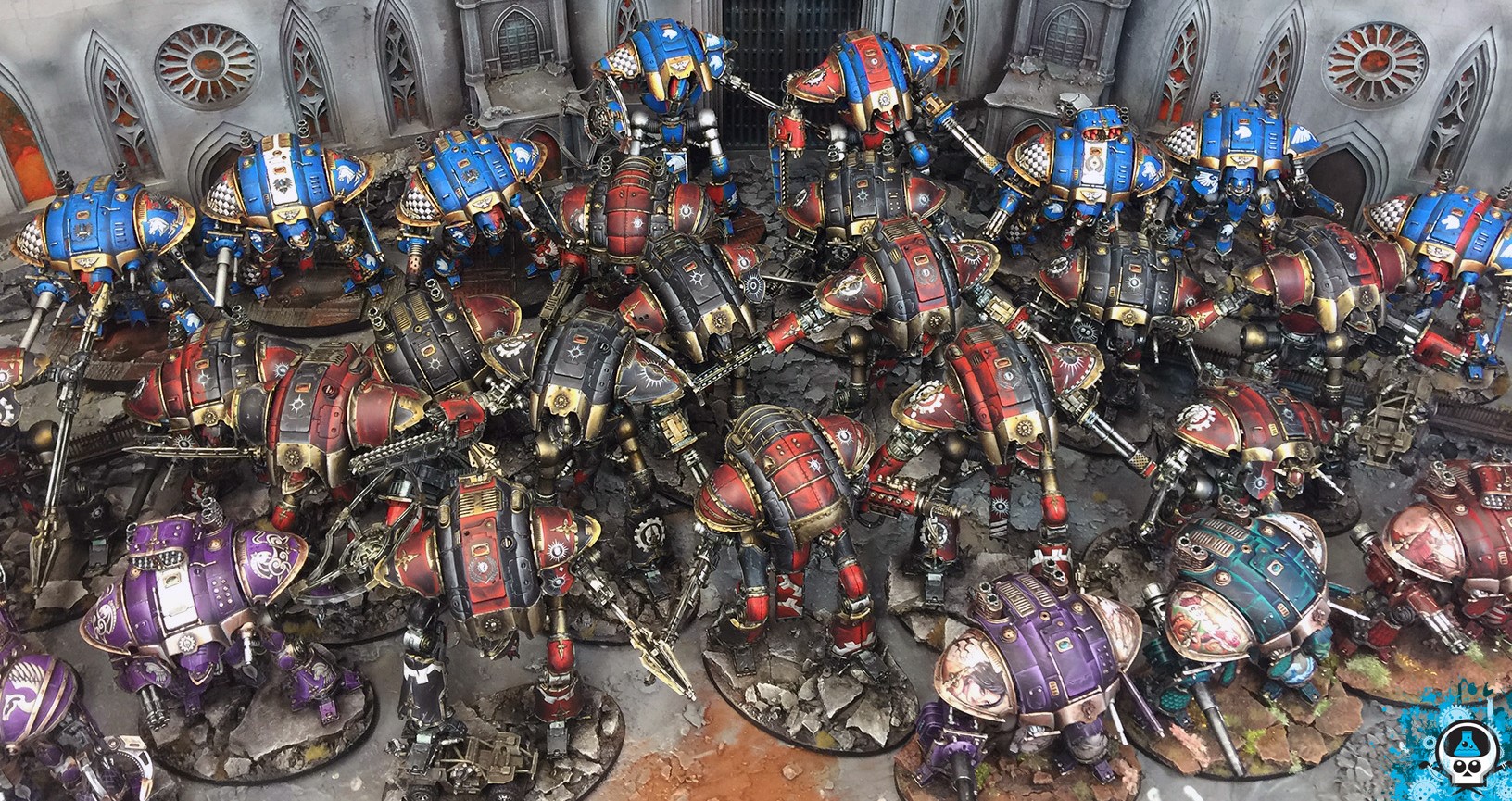 This one is HUGE. When we learned that Damage was going to be applied at the END of the turn, a lot of things suddenly clicked into place in our heads. “Wait, that means my models will get to act at least ONCE in a game?!” YES. Yes they will. In Old Apoc, this was a big deal – whoever went first would use their big guns to (hopefully) take out the enemy big guns before they got to act. Or the player going second would simply deploy from reserve and drop the enemy’s big guns with their Drop-pod squads full of melta-guns (yep – guilty as charged).

This felt very rock-paper-scissors. In a lot of ways, there wasn’t a good solution to this issue and frankly, it wasn’t the greatest experience to get to field the models you’ve been working so hard on for less than a turn in Apoc (sorry Pat). By moving Damage to the end of the turn, two things happen: 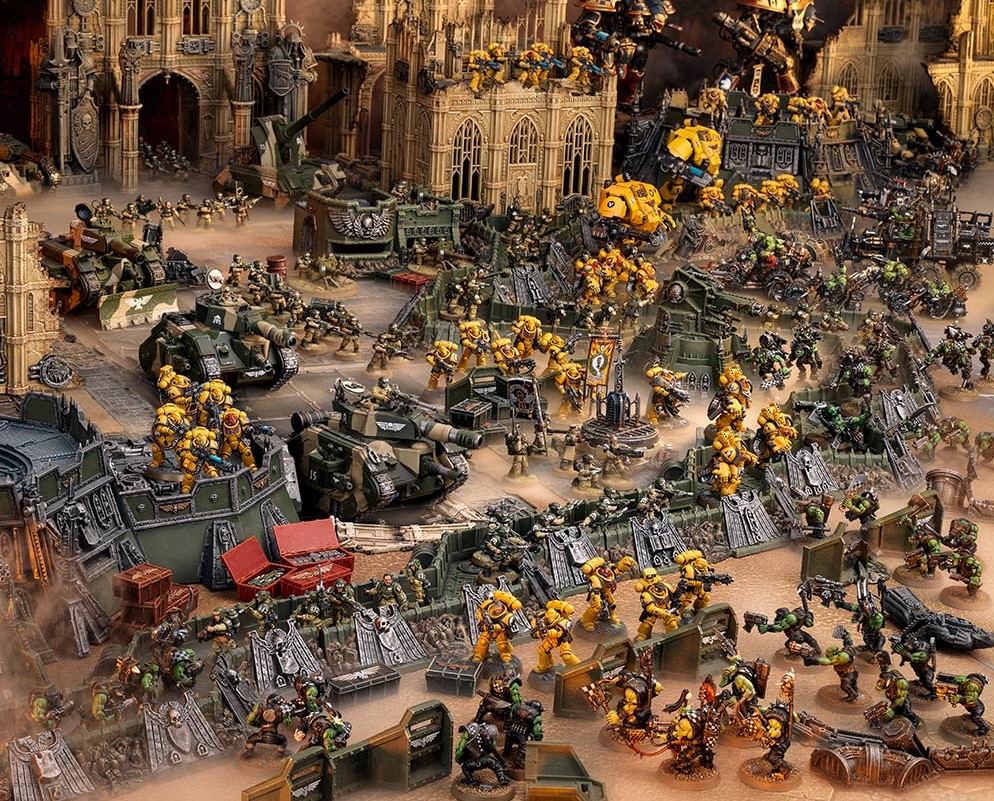 40k has used basically the same I-GO, You-Go system since the game launched. And if you’ve only ever played 40k, that seems normal and natural for you. However, for folks who have branched out and played other systems, they have experienced the difference that Alternating Activations makes. And while Apocalypse has you activating entire Detachments instead of just units, this is a BIG change.

Again, I’m very curious to see how this plays out in the long run. I think it’s going to keep both (or ALL depending on your game) players engaged in the game for the duration. Assuming each player will have to activate all their Detachments during the course of a single turn, things really will be moving and shaking the entire time. Activating an entire Detachment is also faster than activating each unit individually which can really slow things down. If you’ve attempted to play mega-battles in other systems you’ve probably experienced this firsthand (I know I have). That’s why I’m super curious to play this out.

This is kind of a big deal in Apoc. Units that are outside of their Detachment Commander’s Command Range have a chance to be routed (ie, removed from the game) if they stay their by the end of the turn. Watch your spacing, folks.

Furthermore, Unit coherency is 1/2″ – that’s a MAJOR drop compared to the 2″ coherency of 40k. Armies will be a lot tighter packed and will move more blob/amoeba-like than in 40k. Now, how does that translate to movement actually mattering? Great question. But let me ask you this back: What happens if a unit is out of coherency?

Ah-ha. We don’t know yet. But there are basically two options:

That first option is pretty brutal. But think about the unit stats: 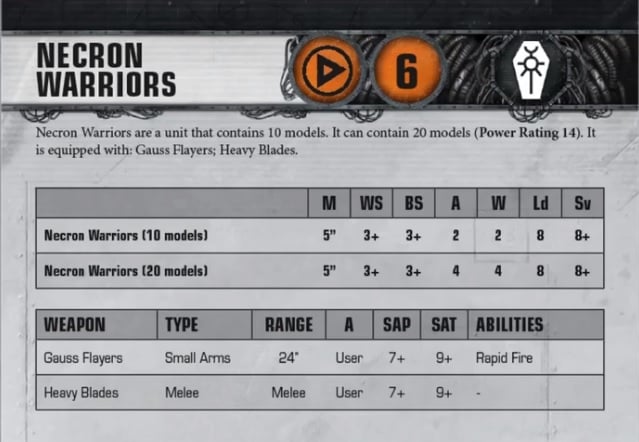 You don’t pull models that are out of coherency in Apoc. You pull units. And since we are all using movement trays, it makes sense! So that’s why the second option is such a huge deal and will probably be the case.

That means you can use units to block movement options for your enemies. I’m sure units that can Fly are going to be able to move over enemies, but if you can prevent enemy units from moving onto an objective, that’s kind of a HUGE deal. That’s how you’ll win games.

The Detachments are slightly different than their 40k counter-parts. Plus, everything in Apoc basically uses Power Level. And that’s okay! The game is a lot less granular than 40k. You don’t need to worry about each and every weapon option or 1-point bolt pistol in Apocalypse. Based on unit stats above, it’s not about the indivual model, it’s about the unit as a whole.

Look, we all know Power Level only doesn’t really work that well in 40k or A0S (for Matched Play). But in Apoc where an entire unit of 20 models gets 4 attacks (see Necron Warriors above) it makes a lot more sense. Plus the Detachments are a little looser and you don’t need to worry about bringing calucatling all your Command Points either. I’m really looking forward to tossing some army lists together based on what units I can field and not worrying about spending 2 points here and there.

Here’s a big one and it’s something I’m very curious about. In previous Apocalypse Editions, Troops were really just chaff that would get blown away with a stiff breeze. While that might still be the case in the new Apoc, the Objectives are sounding more and more important – and Troops are going to play a big role.

Again, based on how restrictive movement is, Troops could be piviotal. And if you think that some type of Objective Secured ability isn’t going to come into play, I’d maybe rethink that position. Even if it doesn’t come up, parking a unit on an objective that just takes up a lot of board space is important.

I’m sure everyone will be bringing out the big guns like Knights and Titan-level toys. But for the folks like myself who don’t have or don’t want to use the BIG toys, how Troops interact with Objectives could really make-or-break the game for us.

What rules changes or other interactions are you looking forward to in Apocalypse?

Author: Adam Harrison
Writer, Editor, Texas Native, and Austinite for 15+ years, Adam covers all things Tabletop Gaming. Which includes Warhammer 40,000, Age of Sigmar, D&D, Board Games and everything else that involves dice, boards, cards and a table. A hobbyist, player, and collector of miniatures and games, Adam's current obsession are his Death Armies for Age of Sigmar, his Blood Angels and Tyranids for 40k, and his ever growing Arkham Horror: The Card Game Collection.
Advertisement
Games Workshop Rules Warhammer 40,000 Apocalypse Warhammer 40k
Advertisement 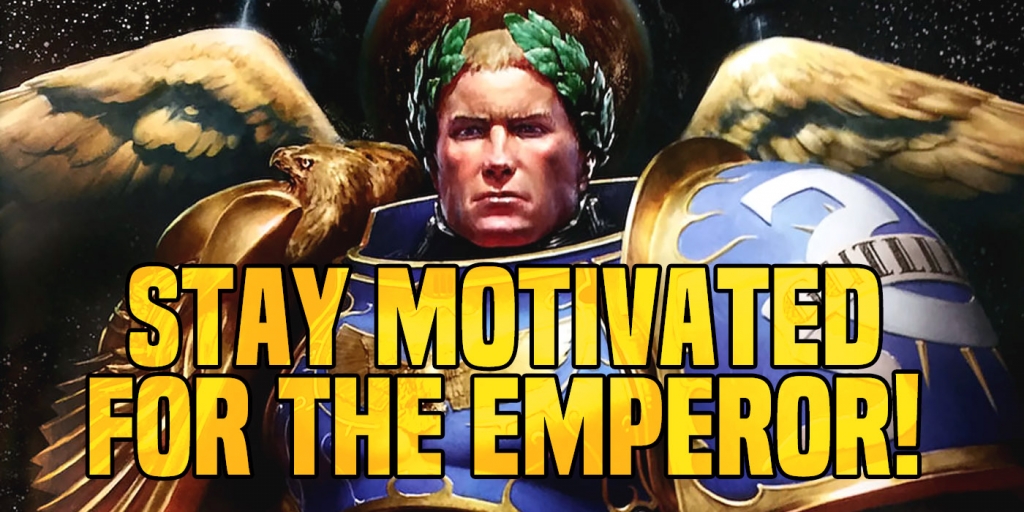