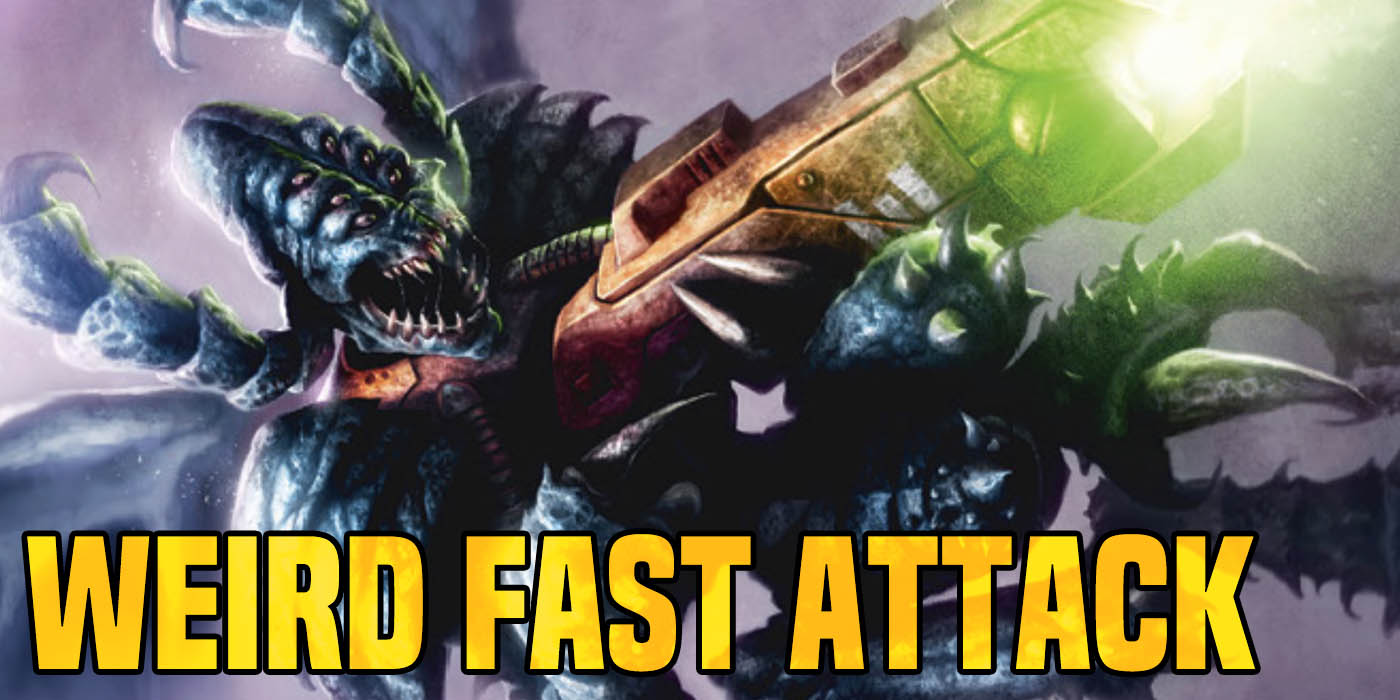 The Grimdark is full of Fast Attack options. Today we’re looking at some of the truly weird and strangely wonderful units.

The Fast Attack Slot can be very hit-or-miss for some armies. The reasons vary but it typically boils down to things like price (points or $$$) or other options that fill the same role and are better at it. So today, we wanted to highlight some truly wacky options in the Fast Attack Slot that we’d love to see get used more on the tabletop…well, mostly. Take a look! 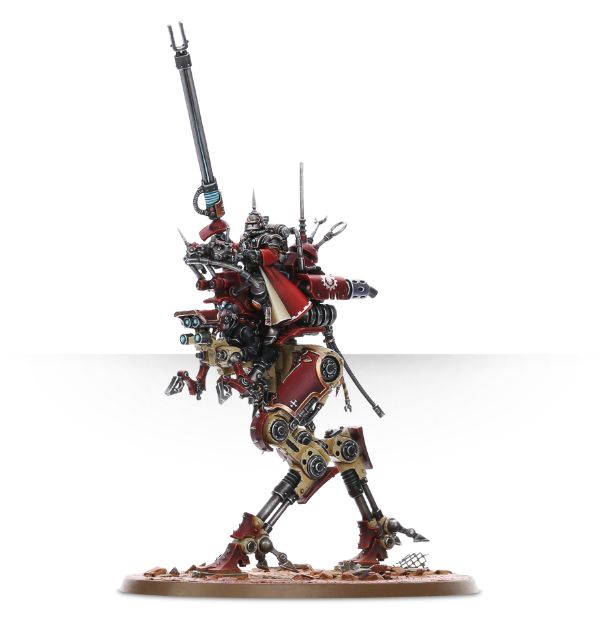 Oh man these guys are good! They move fast, hit hard, are pretty tough, and look pretty stinkin’ cool! So why don’t you see armies of these running across the tabletop? Price. They don’t cost a ton in points (relatively speaking) but they are expensive in the $$$ department. The few games I’ve gotten to mess around with them, I was pretty happy with a successful charge from these guys because they obliterated unit after unit in melee.

On top of the cost, they aren’t exactly easy to transport either. Ad Mech has an issue with spindly-bits and the Dragoons, as cool as they look, are one of the top offenders. You probably won’t see these guys at a major tournament that folks have to travel far to get to (unfortunately). But we love’m and wish we could see them more often! 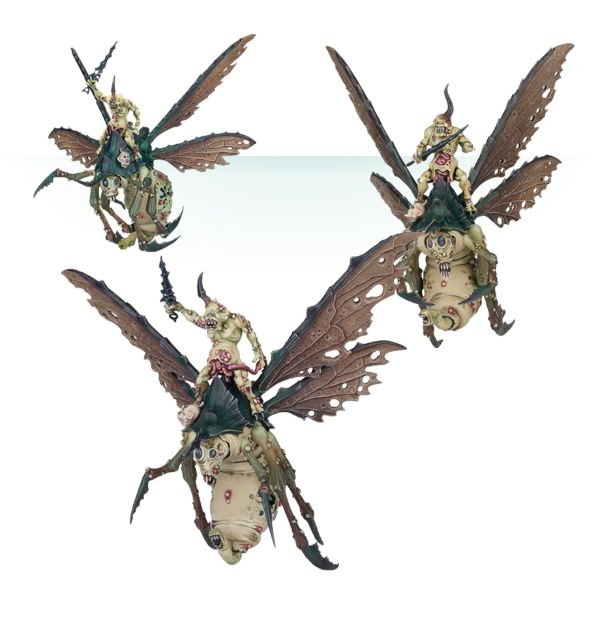 Plague Drones are crazy-looking flyboys for sure. They have a grotesque appeal to them and look great on the tabletop. They aren’t the deadliest option, but at least they are pretty tough. They are also fast for Nurgle – which, as you probably know, speed is not Nurgle’s specialty. Unfortunately where they do suffer is their attacks. Sure their Plagueswords get to re-roll the wound rolls, but that’s only 2 attacks from the rider. If their Prehensile Proboscis counted as a plagueweapon, we’d be in business! Regardless, they pass the weird test for sure so we wouldn’t mind seeing more of them on the tabletop!

The Harlequin’s Jetbike is unsurprisingly very fast and agile. With a 16″ move, Blur of Colour (which gives them a flat 6″ advance) and the ability to Advance and charge in the same turn, they can be pretty much where ever they want to be on the table. With a possible threat range of 34″ in one turn, good luck running from these guys. With all that speed also come some surprising durability. With a -1 to be hit from shooting attacks AND a 4+ invulnerable they won’t go down easy. And, to top it all off, you can give them a Haywire Cannon which is a legit threat to vehicles of all shapes and sizes. Skyweavers are a really cool all-around unit for the Harlequins. They do show-up at the top tables occationally with other Aeldari Soup – and we can totally see why! 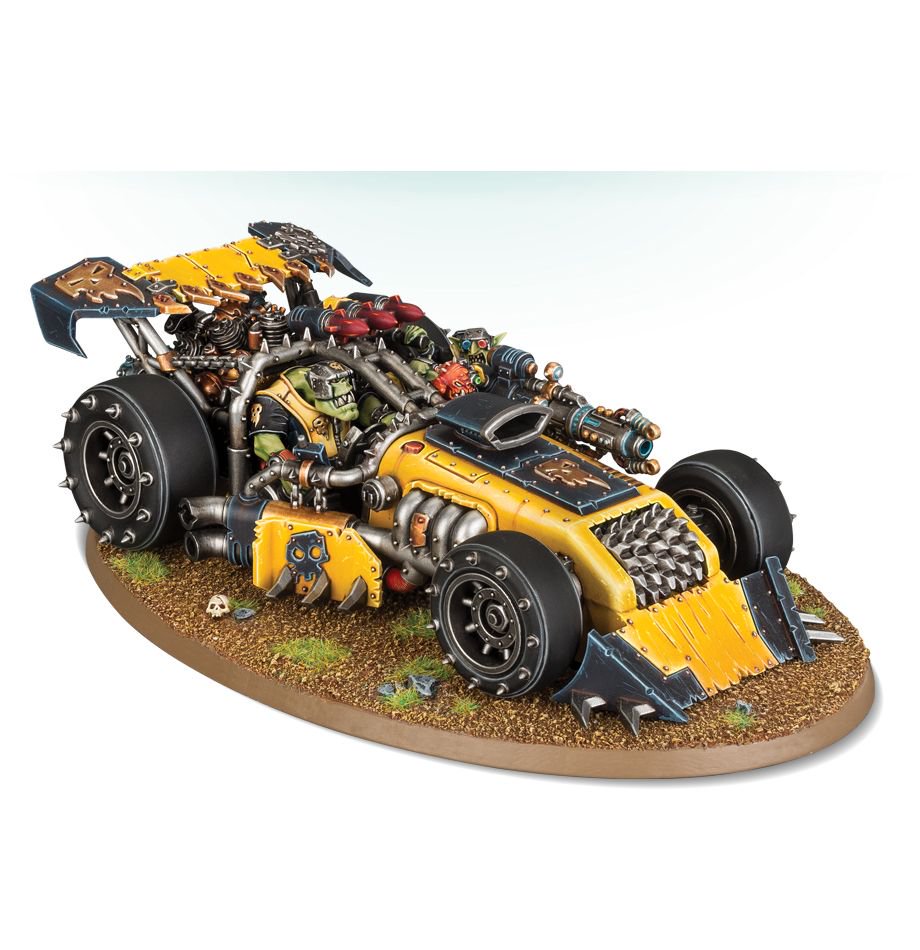 Of all the newer Ork “Trukks” that were added, the Shokkjump Dragsta is perhaps our favorite. Why? Because it can hop across the battlefield in random ways. Well, random to your opponent at least. It’s ability to essentially “Deepstrike” when it advances it something that can win (or lose) you the game. That doesn’t make it great for competative gaming, but we love the wacky that it brings to the tabletop. This is one Orky vehicle you might want to pump the breaks on occationally – or don’t and just ride out the results! WAAAGH!!!!

I know what you’re thinking, “this is got to be a joke unit” right? Well…kind of, but not. You see Vespids have been a joke for many editions now. But in 8th they did get a slight boost. They have a 14″ move, they have FLY (which is one of the best Keywords in the game), they can “Deepstrike” for deployment, and their Neutron Blasters aren’t terrible. So why don’t we see more of them? I blame Tactical Drones personally.

Here’s the thing: T’au don’t really need a unit of Vespid Stingwings in pretty much ANY of their lists. That’s why we’re including it here. They are a weird unit that probably deserves (yet another) rules-pass to make them better. We’d like for Vespids to actually get used by T’au players more often – but as of now, they just aren’t a good fit and that’s the problem.

What Weird and Wonderful Fast Attack Choices do you wish would get more play time? Let us know in the comments!