Adventure Hook: Night Of The Wraith

When a spectre of a violent past descends upon a sleepy town, even the shadows hold terror. Check out this week’s adventure hook!

The stars were absent from the sky. In their place a deeper darkness had fallen over the sleepy town, held at bay by fluttering torchlight. Menace hangs heavily in the air, a silent prelude to the coming storm. Shadows dance in the dim light, moving as though alive–and then, at once, they converge on a watchman, leaving him cold and still on uncaring earth. They move again, leaping from the walls, draining light and heat from those they touch. The hue and cry is raised, and frantic townsfolk rush to bar their doors–but what can keep out the shadows? Who will bring light to this benighted town?

This adventure hook is meant for players of 3rd-7th level, see below for guidelines.

The players come back to town at night. It is a darker night than usual, full of long shadows, which turn out to be hungry for the living. A shadowy horde, it seems, has descended upon the town, and it’s up to the players to try and save as many as they can while driving back the darkness. But the initial attack is only the beginning. When night falls again, the fallen rise, swelling the ranks of the shadows–adding to the ghostly army that begins to form… 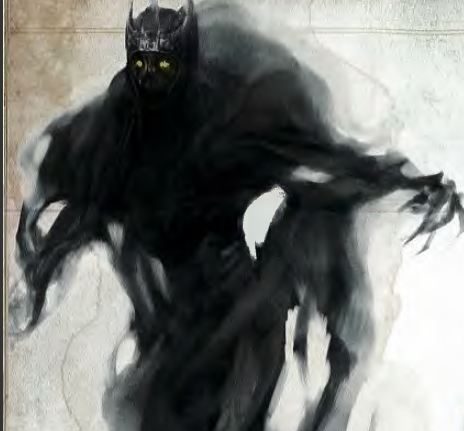 The PCs have come to town during a starless night. As they approach, seeking an inn, they see a few people still lingering in the streets. These people are the first to fall when the shadows strike. They stream forth, appearing in squads of three or four shadows (or more, see below), moving swiftly to cause as much terror as they can. As the PCs show their strength, they try simply to kill the townspeople and then to escape.

After the PCs have driven back the shadows, the next day brings a little bit of clarity. A few have died, but the town is still (hopefully) in good repair. The PCs are hailed as heroes and told that a feast will be thrown in their honor. That night, during the feast, the shadows return…with reinforcements. The fallen townspeople have risen. And joining them are even more powerful undead, including a wraith garbed in ancient armor who leads them. As the fight rages on, the townspeople who fall, become servants of the undead.

It will be up to the PCs to stop this ghostly army before it can grow large enough to rampage on to another town!

Read on for more details, of skip to the end for all the stats you’ll need!

Two hundred and thirty-seven years ago, Alerinath was a warlord, leading a band of marauders across the surrounding terrain–but Alerinath was defeated, betrayed by his second-in-command. His ghost has lingered on, restlessly waiting in the hills where he fell. Tormented, he has become a powerful wraith–and now he prepares to raise an army in order to once again stand bestride the world as conqueror. To this end, he has through eldritch means, best left unknown, acquired a band of shadows (and possibly wights, see below) which he has set upon the town of Velric. 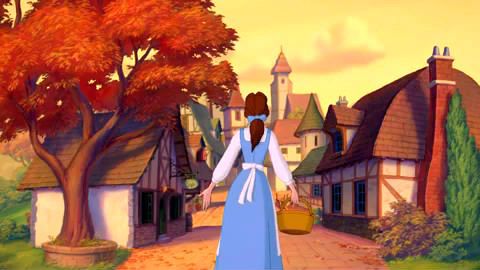 It’s a little town, full of quiet wonder. Every day, like the one before…

Velric is a sleepy town, mostly supported by farms and a nearby river. It is pastoral and sleepy, and supports a large enough population that its inhabitants will make an excellent batch of new recruits for the wraith’s army. The night they have picked is perfect. It is during a new moon, on an unnaturally cold night. As the PCs approach the town, there is a palpable aura of menace hanging around. PCs can make DC 18 perception checks to spot the shadows moving in the darkness. Players can also make a DC 16 Insight check to detect that this aura of menace is due to a sinister presence.

Players who succeed on either check have a round to prepare and try and warn the first few targets of the shadows. Players who fail will bear witness to the initial attack as the shadows pour out of the darkness and swarm their targets, giving them one free round of attacks.

The initial round has four people milling about in the streets. As the fight continues the cacophony of the fight draws people out to try and see what is happening. When it becomes apparent that the shadows are out for murder, the townspeople try and flee, but this only makes them more vulnerable to packs of shadows. It proceeds as follows:

During the fight, the shadows should focus primarily on trying to kill the NPCs. If the PCs attack them, they will try and fight (and if threatened, will fall back). They are under orders to skirmish only. They are there to kill as many as they can and bolster the ranks of the Alerinath’s army. They make extensive use of their ability to hide in darkness and dim light, allowing them to strike without warning and to disappear. Once a shadow drops below half health, they will retreat. PCs can try and protect the NPCs by bringing them near torchlights that they can use to keep the shadows from hiding.

However, the NPCs are more interested in fighting or fleeing–PCs must try to wrangle the NPCs. As a bonus action, they can attempt a DC 13 persuasion check, a DC 12 intimidate check, or a DC 15 deception check to try and draw the attention of panicked townspeople. Take note of how many NPCs die to the shadows (and possibly wights)–they’ll be rising as undead the very next night.

After driving back the undead, the townspeople are grateful. Though the next day is tinged with sadness, the town is relieved to be saved from the marauding undead. They offer the PCs their gratitude, and the town’s Steward, Derevar Jos, proclaims that they will throw a feast to celebrate the triumph of the PCs. The day is filled with mourning, burials, and preparation for the night’s feast.

Canny players might realize that the townspeople can raise as undead. A successful DC 18 religion check will reveal to players that the slain will rise as undead. Burning the bodies will prevent them from rising–though many of the townspeople refuse to believe this will happen, and do not want to see their loved ones burnt. They would prefer that they return to the earth that they’ve spent their lives tending. A DC 15 persuasion check will turn the town’s opinion to the PCs’ practicality. Failing that, a DC 14 religion check will allow players to perform the proper rites to try and keep them from rising. Though there’s no way of knowing for sure whether or not it’s worked.

At any rate, at the height of the feast, as the NPCs raise their glasses up, an ill wind descends on the town. The doors to the town’s hall blow open, the torches blow out, and then the undead descend once more upon the town.

There are at least 20 people at the feast (or more if you can handle it). Though they will quickly flee, they are there to provide fodder for Alerinath, who can raise fallen townspeople as specters. He will spend the first few rounds trying to stay out of combat in order to create specters as the townspeople fall, only joining the fight proper once he’s in command of at least three.

He can create SPECTRES, you say…

If the fight goes badly, the PCs and any survivors can flee to the river. Alerinath will not pursue them beyond it–the townspeople will suggest it if it looks like the fight is beyond them. If the PCs manage to defeat Alerinath, his death sends the remaining undead into a frenzy. They all focus on the PCs–but they are weakened without their leader, demoralized. On the round Alerinath dies, and for three rounds after, the undead are considered to be in full sunlight.

At last, with the horde broken and the ancient khan sent once more to his rest, the townspeople will exhort the PCs as their champions. The day becomes one that they shall remember and honor for the remainder of the town’s days.

Incorporeal Movement. Alerinath can move through other creatures and objects as if they were difficult terrain. It takes 5 (1d10) force damage if it ends its turn inside an object.

Sunlight sensitivity. While in sunlight, Alerinath has disadvantage on attack rolls, as well as on Wisdom (Perception) checks that rely on sight.

Create Specter. Alerinath targets a humanoid within 10 feet of it that has been dead for no longer than 1 minute and died violently. The target’s spirit rises as a specter in the space of its corpse or in the nearest unoccupied space. The specter is under the Alerinath’s control. He can have no more than seven specters under his control at one time.

Alerinath still wears the armor he was buried in. When he is slain, his form dissipates, but his armor remains. It is ancient mithral scale armor.

For 5th-7th level, the group is 1 wight per player and 4-6 shadows per player.

The slain townsfolk will rise the next night as either shadows or zombies (if slain by wights).