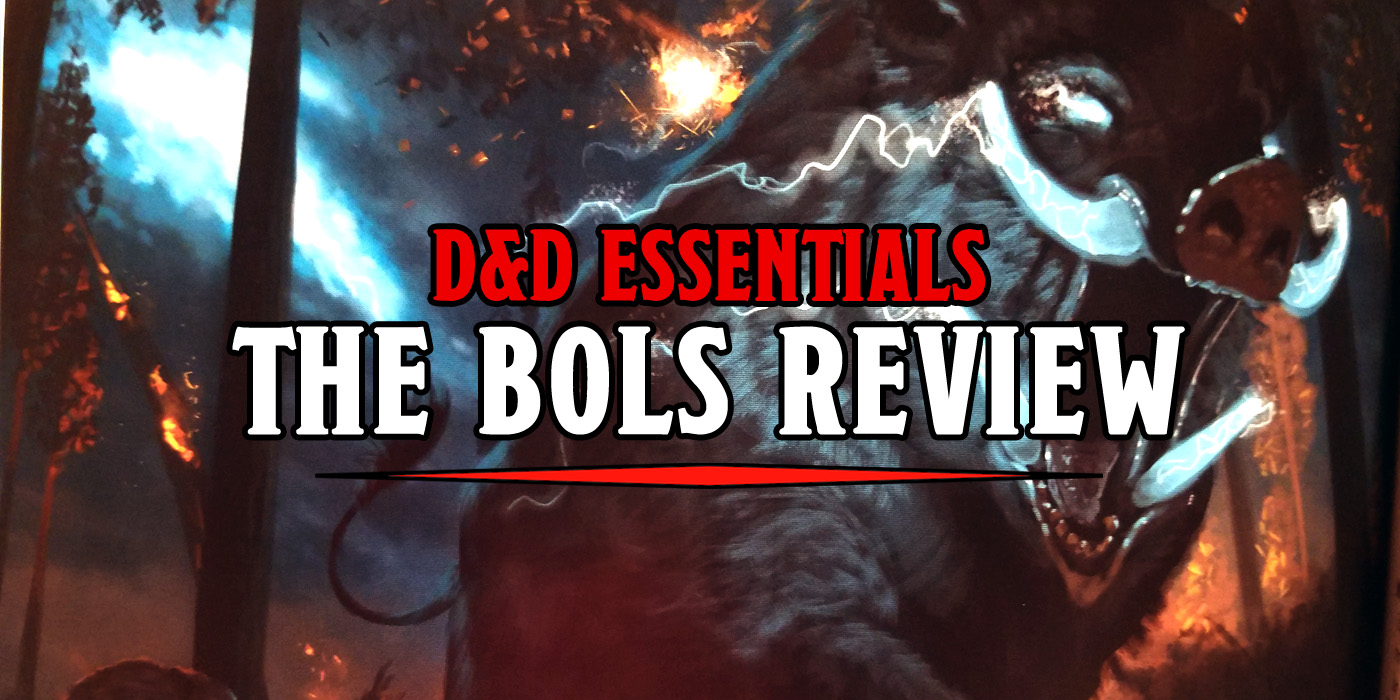 Move over Lost Mine of Phandelver–there’s a new starter kit in town, one that’s full of adventure, orcs, and thunder boars.

After five years, D&D has released a new starter kit that’s designed to help fill in the gaps left by the Lost Mine of Phandelver, the OG 5th Edition starter set that’s been taking players through goblin caves, the town of Phandalin, and Wave Echo Cave in search of gold, glory, and Gundren Rockseeker (or Barry Bluejeans, if you will). But the one thing it hasn’t done is get players into some of the more fundamental parts of the game. Creating characters. Encounters that are specifically roleplay encounters. Goofy sidequests. Serious threats. All this is in the Essentials Kit, as well as a region that feels open to exploration. 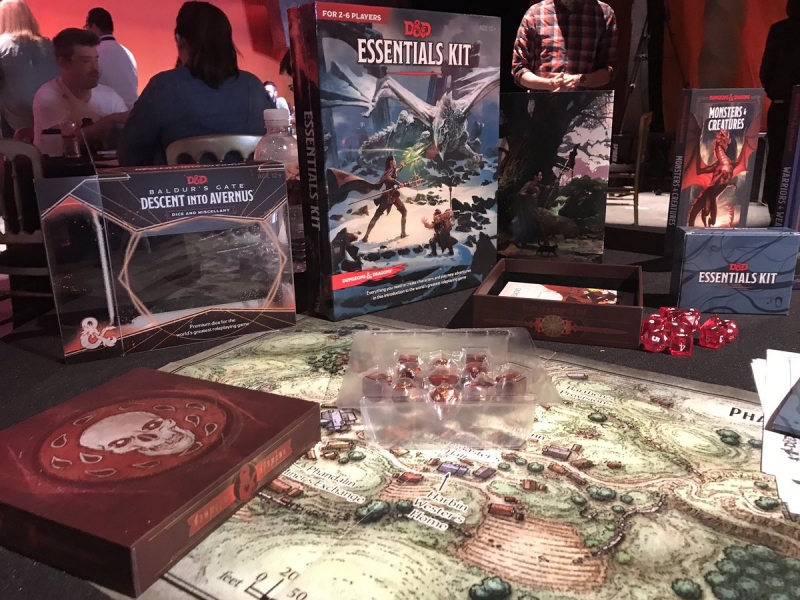 A huge part of that comes down to the design of the adventure that comes in the kit–and the philosophy behind it. D&D Essentials is meant to hook new players in, and just about everything in the kit is focused on that. Inside the kit you’ll find a streamlined rulebook, which on the whole is more comprehensive than the book included in LMoP, and will see characters level up through level 6 with all the choices you’d make in a game of D&D. You’ll also find a bunch of game aids that are incredibly helpful to players and DMs–and I want to talk about this here for a moment.

One of the things that the Essentials Kit does right is target new players AND new DMs. Throughout the rules you’ll find advice on playing and running the game. Thumbing through the included adventure Dragon of Icespire Peak, people picking up the kit will find that the entire first session is devoted to building new characters. But the advice is aimed at everyone. Players are told to answer questions like:

And the DM is given some helpful hints too–things like “pay attention to the choices your player characters make, the things they choose include roleplaying hooks and you should use them.” Extra attention is given to the Describe Your Character section of character creation, which I think reflects an overall change in attitude in D&D over the last five years. Reading this book is a great barometer for where the community is right now. 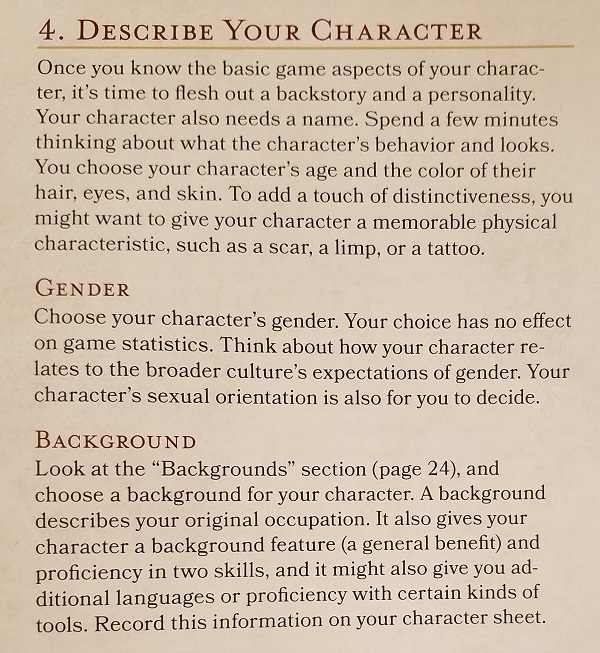 There’s plenty more emphasis on the R in RPG in this go ’round. They come out and say in the adventure book that players might find alternate solutions to the adventures. As one example, players might encounter a Manticore in one of the parts of the adventure. They could fight it, feed it, or bribe it and these are just the suggested options… 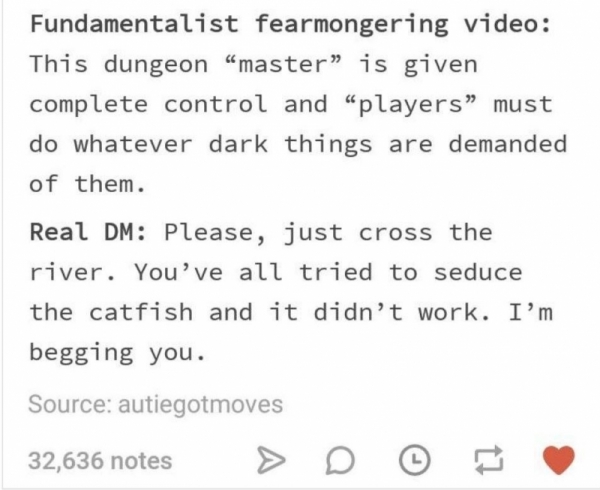 But back to the game aids. You’ll find Initiative Cards, condition cards, cards to keep track of Quests, cards for magic items–all of these things that are great ideas and even experienced DMs could probably benefit from. But the single greatest part here are the Sidekick Cards. 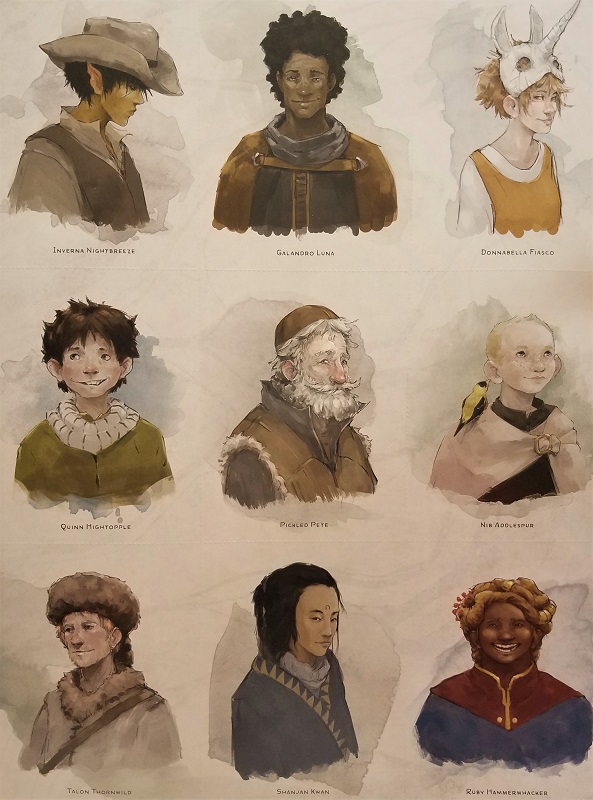 Here’s where D&D Essentials really shines. It has rules on running the game 1-on-1, which opens up a whole bunch of possibilities for new players. The basic gist of it is, find a Sidekick, run them along with the player, sort of sharing the burden of them, and they don’t count towards experience. It reinforces the idea that the DM is there to root for the players, and it’s the ruleset I wish I’d had when I first started playing D&D years ago and didn’t have friends to play with but did have siblings.

And for what it’s worth, the rules work rather well. I took two different players with differing levels of familiarity through the intro segment of the adventure in 1-on-1 sessions and it runs pretty smoothly.

The same can be said for the rest of Dragon of Icespire Peak. The whole adventure feels like D&D proper. First of all you’ll go from levels 1-6 and make all the decisions a normal character would make along the way, including choosing your subclasses, spells, and more. Second, the adventure feels a lot more open. It’s got a sandbox vibe, reinforced by the poster map of the Sword Coast included in the adventure. 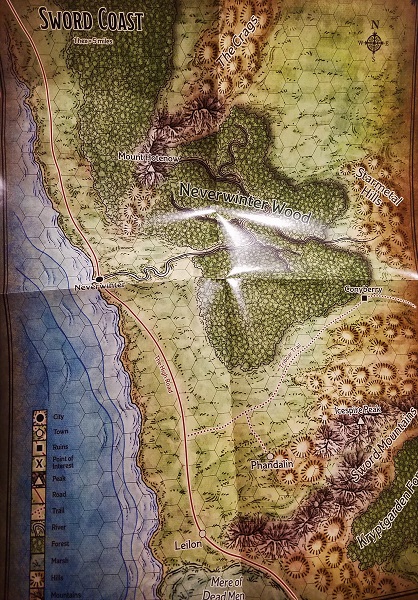 This map invites exploration. As players learn about locations (and believe me, the adventure peppers you with plenty of opportunities to learn about it) you can point to them on the map and just go. You’ll find a bevvy of badguys to fight. But you’ll also find some complicated decisions to make. Do you try and help the dwarves out or just convince them to return to Phandalin? When you encounter the pair of married gnomish kings (the adventure features plenty more representation of underrepresented minorities), how will you help convince one that his partner is safe from a shapeshifting menace? The choices feel much more open.

This kit is a great find for anyone looking to get into or introduce someone to D&D. From the veteran who’s bringing new blood to the game, to the people curious about what really happens because they watched Stranger Things, this kit has something for everyone. And that’s what makes this kit so…Essential.