Dungeon Masters, let’s talk about how you should, and should not, use cliches in your world building.

Last time on World Building Workshop, we talked about what I call the Rule of Defaults. As I discussed, this rule is my way of saying that unless they are told otherwise, players will default to what they are familiar with. For instance, unless you tell the players otherwise, they will assume that Dwarfs are short, hairy, a little grumpy, honor bound, live underground are good smiths and most likely has a Scottish accent. We discussed how you could use this rule to your benefit and some pitfalls to avoid. Today lets talk about a closes related subject, cliches.

What Is a Cliche? 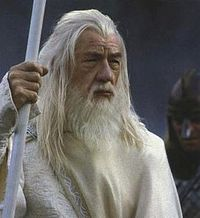 “A cliché or cliche (/ˈkliːʃeɪ/ or /klɪˈʃeɪ/) is an expression, idea, or element of an artistic work which has become overused to the point of losing its original meaning or effect, even to the point of being trite or irritating, especially when at some earlier time it was considered meaningful or novel” (Source)

Now, most likely, we are all familiar with the general concept of cliches. In the context of world building, these are often repeated elements that show up over and over again in various works. They’ve become so common as to be trite and predictable.

These can be NPCs (or players) in the world, the Evil Vizier, the Wise Old Wizard/Advisory, the Drow (or Orc, etc.) outcast who turns out to be a good guy, the hidden Prince. Or a more significant element, the continent-spanning empire crumbling under barbarian attack, the wall at the north end of the map, the powerful artifact around which the fate of the world revolves, even a pseudo-European setting is pretty cliche at this point. Then there are more subtle cliches that are reinforced by D&D itself. Orcs are evil; Elves are tall and good, but arrogant; halflings love nature and good-hearted. These are just a very few typical cliches, but we will go over more as we get more into world building. 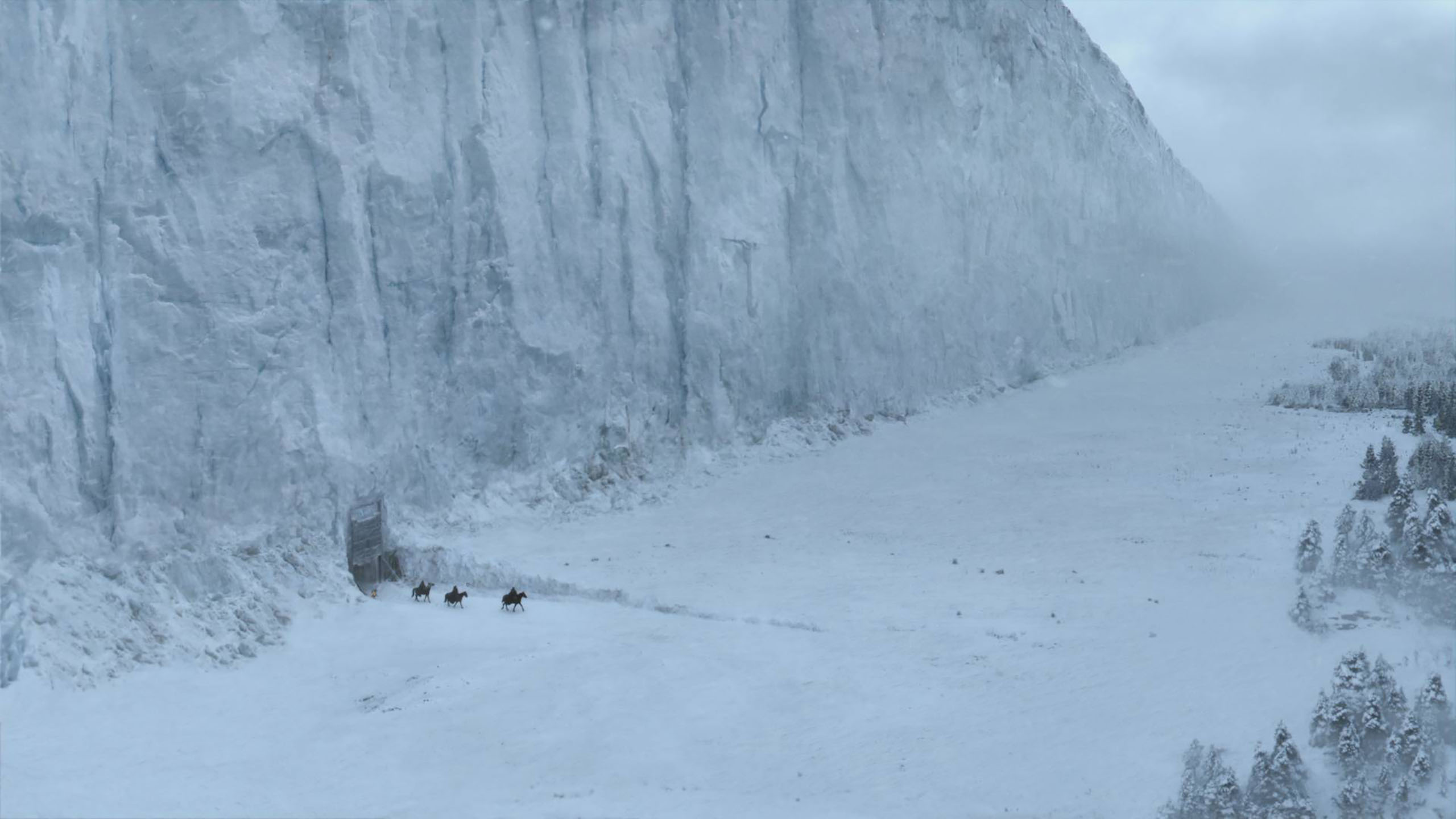 While using cliches is effectively unavoidable use this as a rule of thumb: the more you can avoid them, the more interesting your world will be. The first step to avoiding cliches is simply to recognize when you are using them. This can often mean taking a second look at your work with an eye to noticing any cliche elements, and then reworking them. Using too many cliches can make your world seem derivative and predictable. In an RPG setting, this can be very dangerous for a couple of reasons. A world that is too derivative can cause players to lose interest, this can be salvaged to a degree by having a very strong story, but it will hurt the overall game. 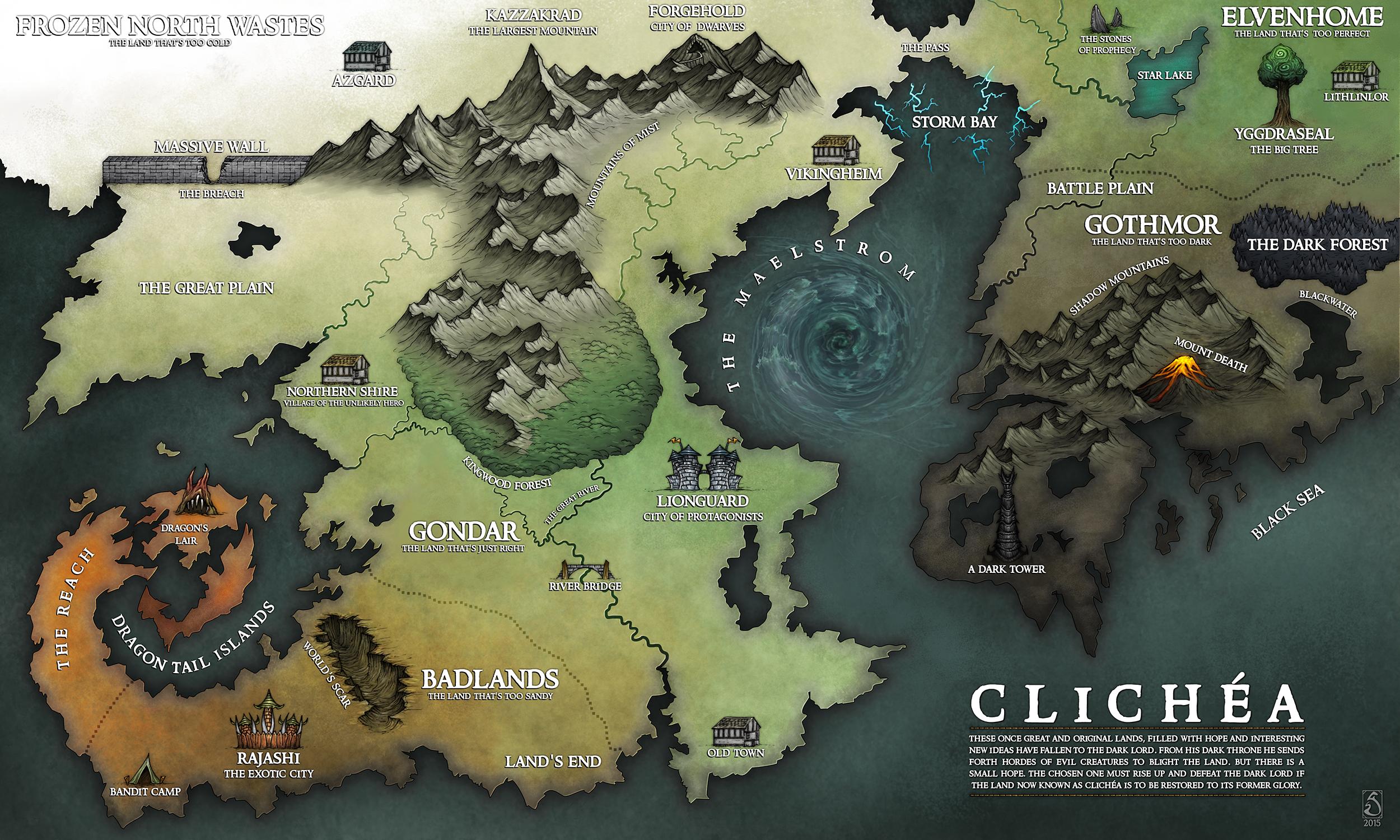 Predictably is, in many ways, the more dangerous element. Too many cliches in your world build/plotting can make your plot very predictable. This is, in some ways, even more of a detriment in an RPG than it is in a novel. In a novel, while having predictable elements can give the game away to the reader, it does not necessarily give it away to the characters. If for instance: you’ve set up the classic Evil Vizier character, your readers may spot his inevitable betrayal a mile away, but your characters might not, allowing the betrayal to happen. This can even be used in to build tension in the reader as they wonder if the characters will figure out what’s coming in time. 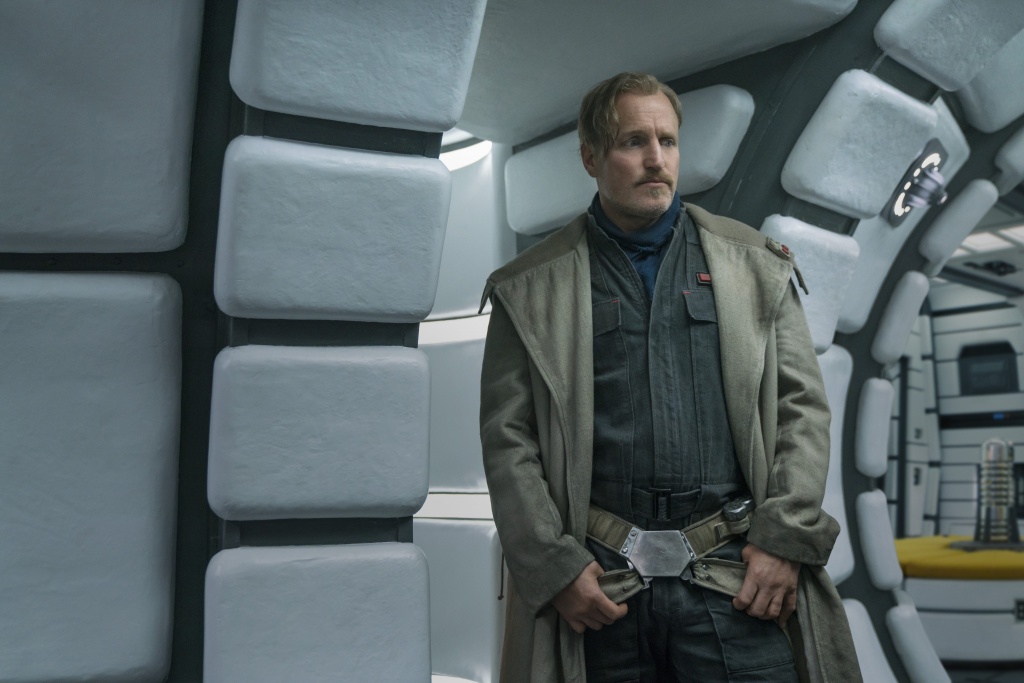 A shocking betrayal no one saw coming.

In an RPG however, since your players ARE your characters, you don’t get to control what they think or how they react. Faced with the evil cliche Evil Vizier the players will simply never trust them, and their inevitable betrayal will either be foiled or not come as a surprise. In a worst-case scenario, the players will simply use their meta-knowledge to circumvent your plot, by, for instance, simply choosing to fireball the Vizier right after meeting them. 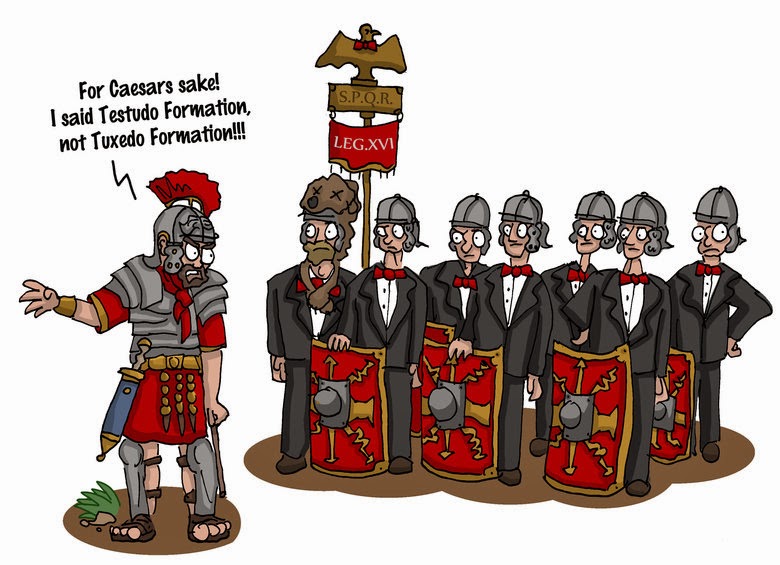 With the above in mind, it’s neither possible nor desirable to entirely ditch the use of cliches. At the simplest cliches, like the rule of defaults, are a useful world building shortcut. Having cliche, or stock fantasy races can save you time and trouble in designing worlds.  Setting your game in a cliche pseudo-Roman Empire can not only clue players into a lot of the social structures but also give them an idea of what kind of game you are running, same with all powerful McGuffin. Likewise, if your game is set in pseudo-1940 Europe, having a cliche Hitler stand-in can clue your players into what some major plot elements will be. 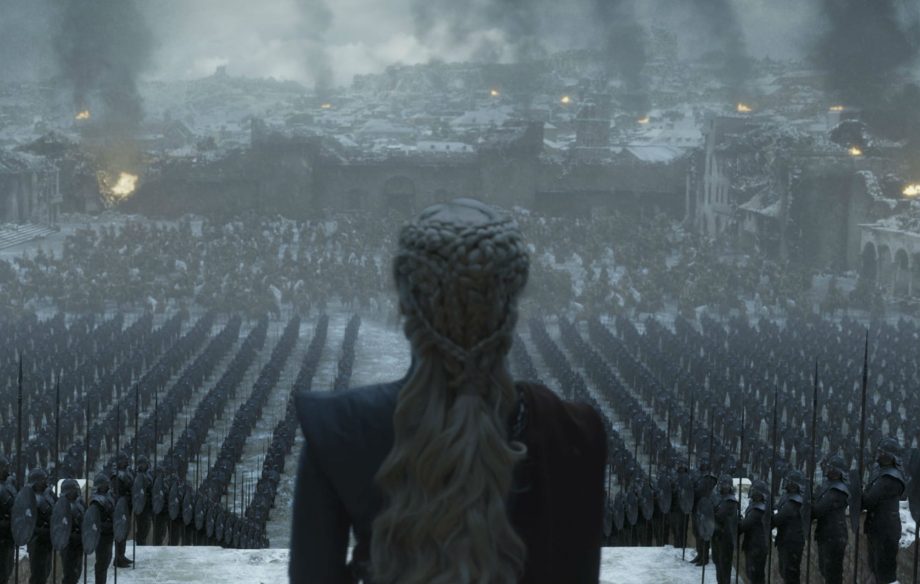 Cliches can also help establish a sense of the familiar for your players and let them relate to the world better. While creating something that is 100% different from the real world and anything the players might know might lead to a very original world, it won’t always be the best world to play in. An overabundance of the fantastical can leave players without any frame of reference; which not only makes them feel disconnected from your world but means you’ll have to constantly explain things to them. Mixing in familiar cliche elements can give your players things to latch onto and make the world feel more grounded for them. 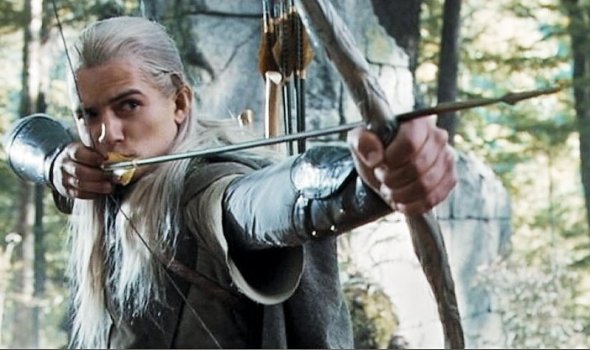 Just show a player this picture, and they know what to expect for your elves.

Cliches can also, of course, be used to trick players and subvert their expectations. Again, unlike with a reader who can’t affect the action, the players can and using their own meta-knowledge against them can lead to interesting situations – possibly force them to examine their own prejudices. I’ve mentioned the cliche evil Goblins that are not evil before. You could also present the players with classic Evil Vizier. The players using their meta-knowledge know not to trust him. However, in fact, he’s telling them the truth, and giving the players vital information that you know they might discard. You could use this to either examine why they thought the good Vizier was bad, or simply to build a more complex and interesting character over time. Used correctly, cliches can be a powerful tool. 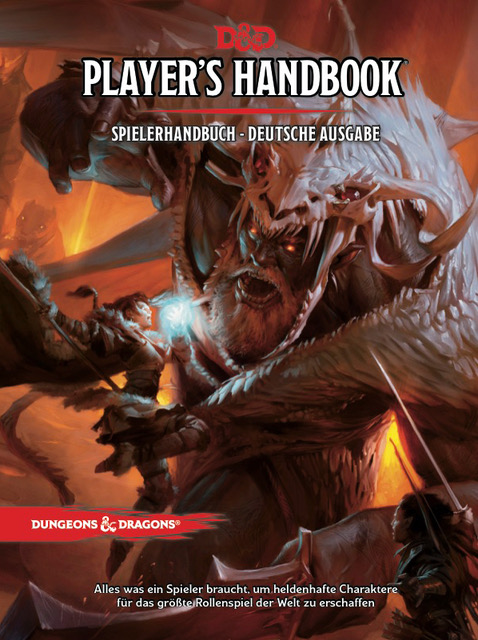 The last issue with cliches I want to go over is how they interact with the rules of D&D. Cliches are pretty baked into the rules of D&D. Races, classes, backgrounds, etc. all have rules that are based on cliches. Halflings are lucky; Gnomes like to tinker; Dwarfs are tough; Elves are agile.

If you want to buck these trends and change those baked in cliches, you may have to look at changing some of the rules of the very game.

On the other hand, going with those cliches can better sync your setting with the rules and lead to them reinforcing each other. It’s not that you have to do one or the other, but you do need to be aware of it. If you build your world so that Dwarfs are weak to poison, hate being underground, have terrible night vision and are generally frail, but the rules say the opposite you will have a major clash there. This should be avoided.

At the end of the day the most important rule is simply to be aware of the cliches you are using.

Let us know your favorite/least favorite world building cliches, down in the comments!

Author: Abe Apfel
Abe is that rare thing, an Austin local born and raised here. Though he keeps on moving around, DC, Japan, ETC., he always seems to find his way back eventually. Abe has decades of experience with a wide range of tabletop and RPG games, from historicals, to Star Wars to D&D and 40K. He has been contributing to BOLS since almost the start, back when he worked at and then owned a local gaming store. He used to be big into the competitive Warhammer tournament scene but age has mellowed him and he now appreciates a good casual match. He currently covers 40K tactics and lore, as well as all things Star Wars, with occasional dabbling in other topics. Abe remains in mourning over the loss of WFB to this day.
Advertisement
Dungeons & Dragons RPGs
Advertisement

D&D: 5 Exotic Locales For Your Next Adventure 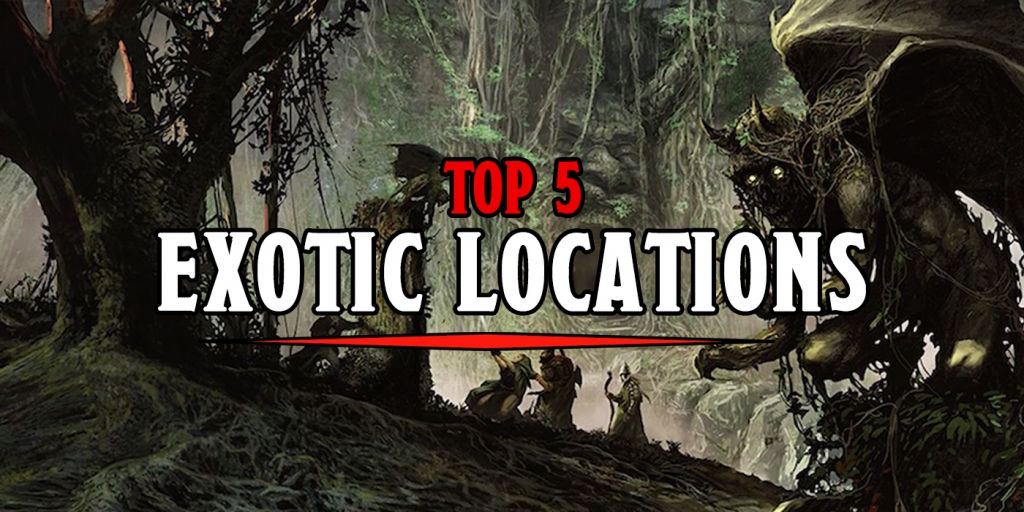