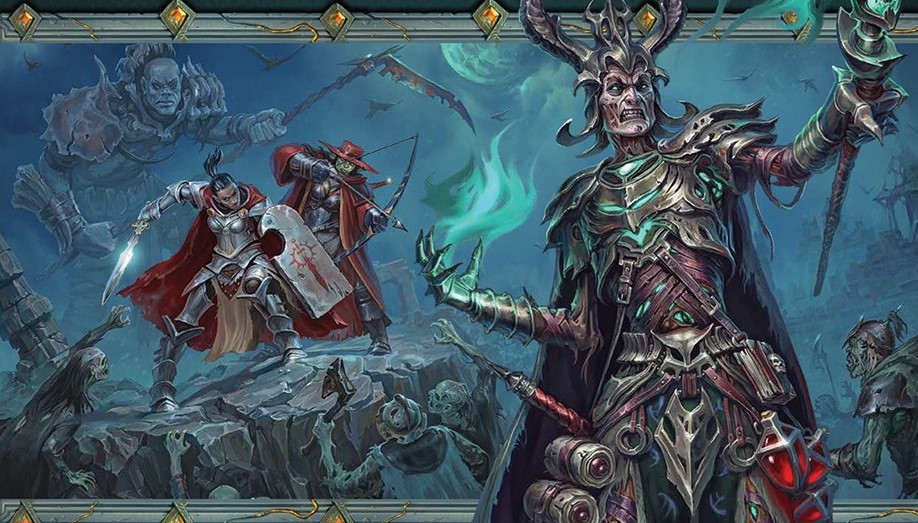 Midwives to Death is the last segment in the final adventure path being released for 1st Edition Pathfinder. Stop a lich, close down an edition.

Here it is folks, the last Pathfinder adventure for Pathfinder 1st Edition. It’s the end of an era, and what better way to celebrate than by taking out a Lich King? Here’s to one last adventure before a new era dawns. 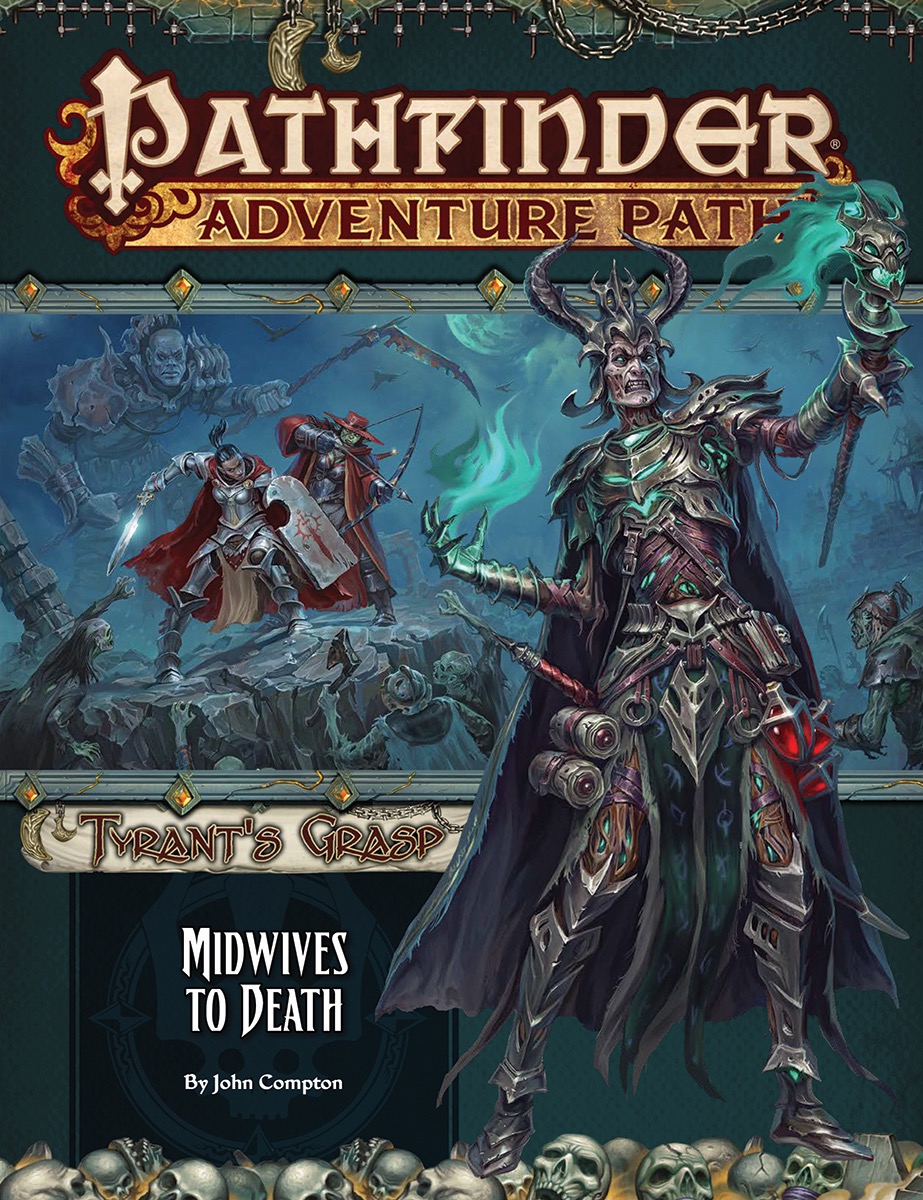 Against the Rise of Terror

The heroes finally have the tools they need to stop the Whispering Tyrant, but the lich-king has not been idle. Why has he devoted so much attention to an isolated border fortress, right when divinity seems to be within his grasp? A quest to discover the tyrant’s secrets plunges the heroes into a deadly race through a fecund forest, into fearsome dungeons built long before the Shining Crusade, and between spiteful villains harboring ancient grudges. Old enemies stand in the heroes’ way yet again, but unexpected allies can help turn the rising tide of death and despair. If the heroes are victorious, they can seize the only chance to deny the Whispering Tyrant his greatest weapon and strike him down before he gains the power of a god.