Everyone’s favorite Lieutenant enthusiast is back with another teaser pic of some new Space Marine Units – check out what he’s hiding!

Games Workshop is really taking this gag seriously. Not only does the Primaris Lieutenant’s #1 fan have an actual twitter account, it’s posting teaser pics. Check this out:

OMG guys, check out my awesome new suit of Phobos armour!
(Also, behind me, some other stuff – probably some non-Primaris Lieutenants? Or something.)#PrimarisLieutenant #PhobosIsSoBoss pic.twitter.com/ShF76KfaRP 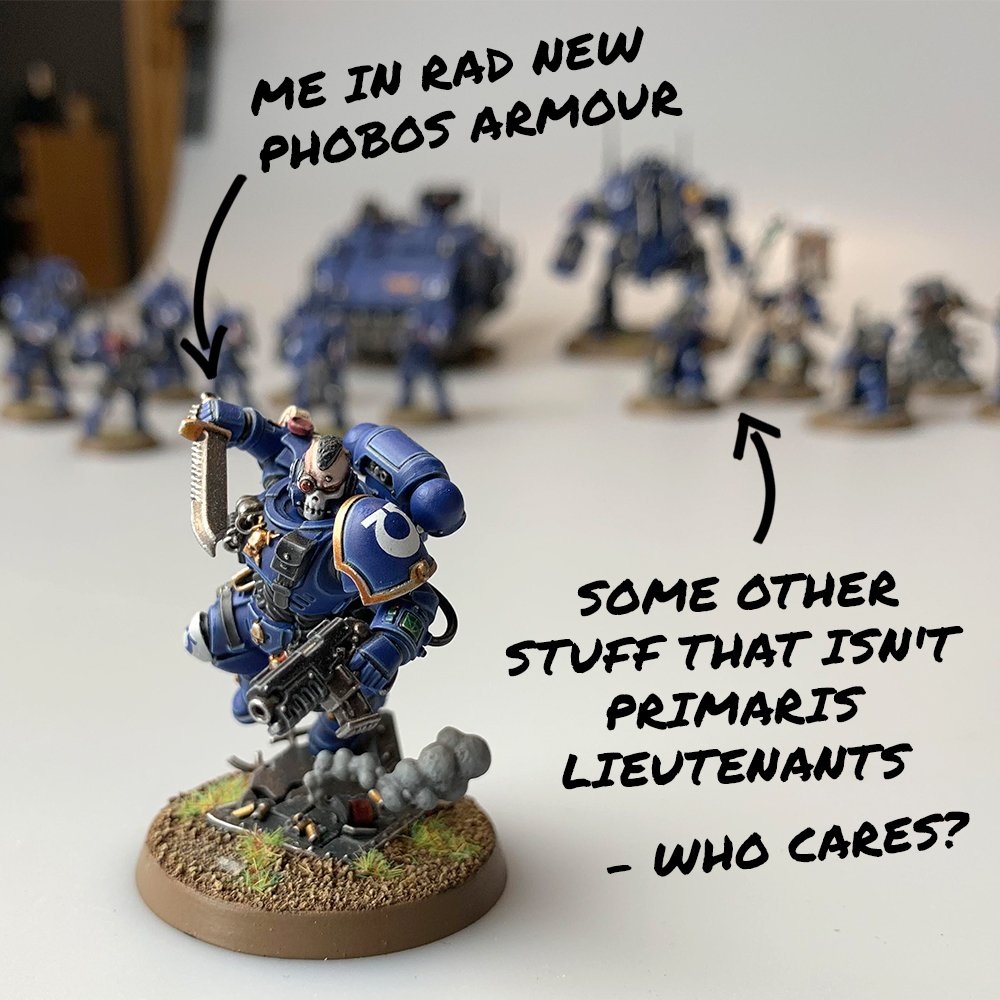 Yeah, cool a Lieutenant – but what’s that in the background? Another angle on that new Space Marine Tank and Dreadnought! You know, the ones he teased us with in these pictures: 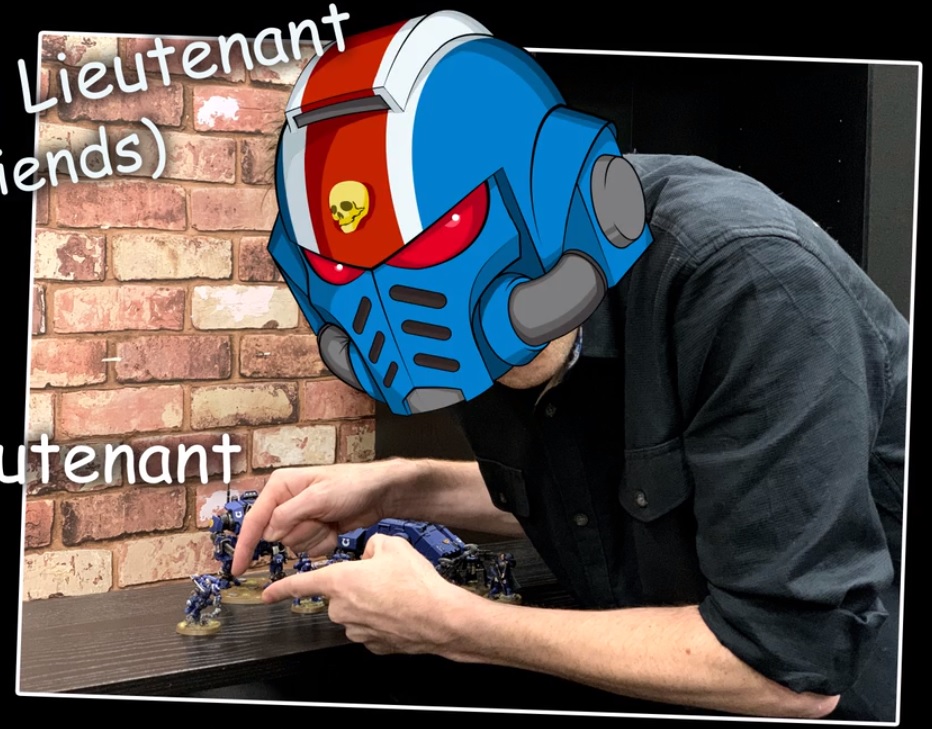 Ugh…Well, the pics are blurry. I guess it’s probably because GW loves using that Potato Camera.

ANYHOW…On closer inspection, we do have a new angle to look at for those “other” models. It’s better than nothing I suppose.

I’m personally starting to wonder what those other marines might be now. If you count the bases, it looks like 13 marines – 8 on the left and  5 on the right. There are some hiding behind their brothers on the left for sure, but it’s unclear if any are behind the group on the right. Oh and then we’ve got the new Repulsor-esq Tank and new Dreadnought. Those are definitely new kits – that much is very “clear” now.

Are we looking at even more new Primaris Marines – it sure looks that way to us here at BoLS! So where is that new Space Marine Book that will incorporate all these new miniatures…

What do you think of these teasers? How about that “New Lieutenant in Phobos Armor” – maybe he’ll take a picture next to his friends so they can be in the shot too.