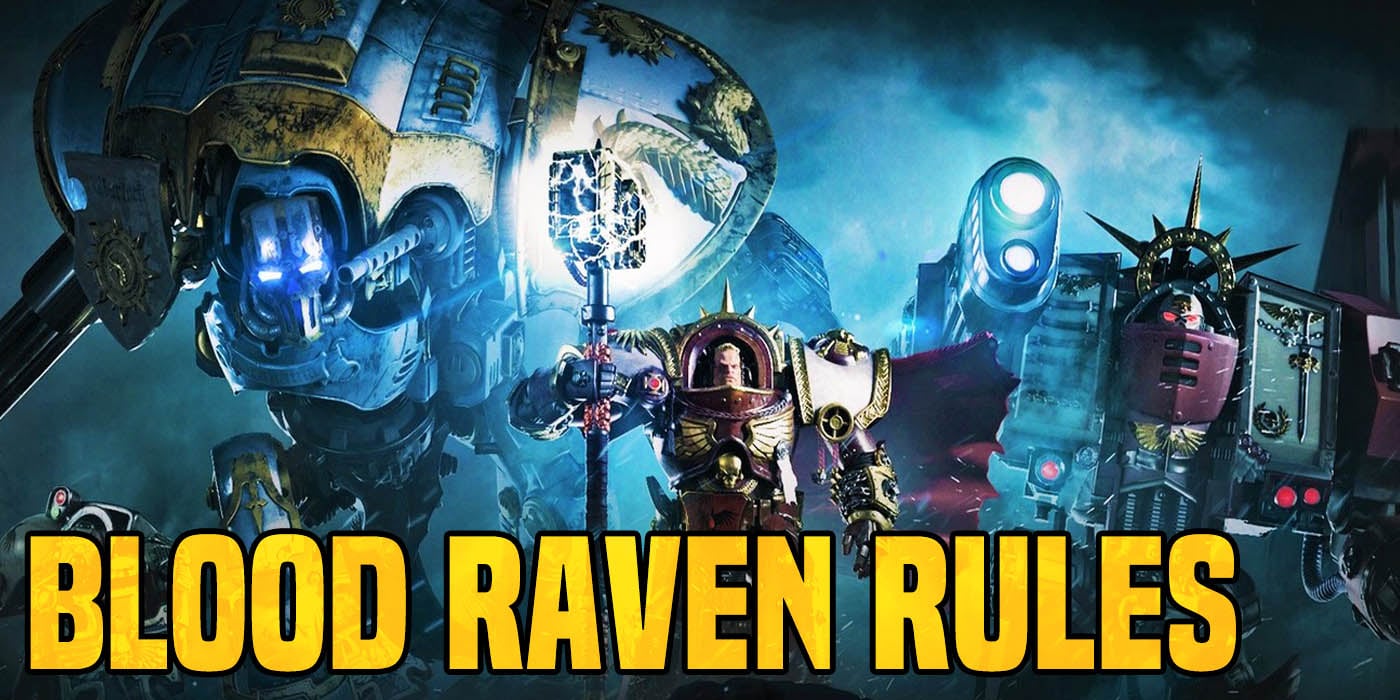 Fans of the Dawn of War Franchise can now recreate the Blood Ravens on the tabletop with a new batch of rules for the Chapter. With their own Special Character, Chapter Tactic, Relic(s?), and Stratagem(s?) they could be force for the Emperor’s Might! …Or perhaps something else is pulling the strings of this fated chapter.

First up, we have the Chapter Master of the Blood Ravens with some brand new rules. Gabriel Angelos is here with his famous God-Splitter Thunderhammer! 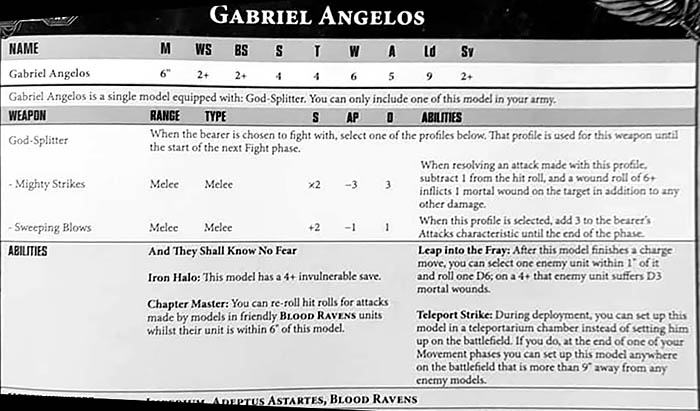 He’s basically a Space Marine Captain in Terminator Armor with the Chapter Master rule which allows you to re-roll hit rolls (note: it doesn’t say failed hit rolls). He also has the Leap into the Fray special rule that nets him some mortal wound generation, too. Teleport Strike is basically deepstrike courtesy of his Terminator Armor. But where he really shines is his God-Splitter Thunderhammer that has some unique attack options.

First off, you can use it like a typical Thunderhammer with x2 strength, -3 AP and 3 damage. As an added bonus, wound rolls of 6+ also inflict 1 mortal wound on the target in addition to other damage. Nice. The second option is you can make Sweeping Blows which trades off strength, AP and damage for 3 extra attacks. 8 attacks to help you clear out some lighter units – not bad either. 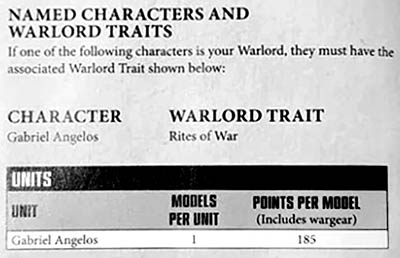 Points wise, Gabriel Angelos is clocking in at 185 flat. Not much else to say about that… 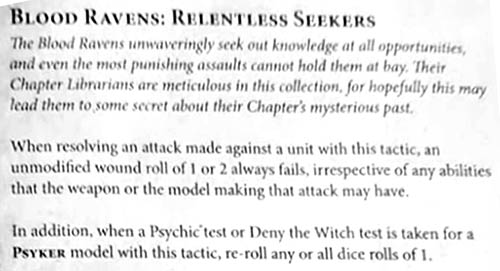 Relentless Seekers is an interesting Chapter Tactic. First off, wound rolls of 1’s and 2’s always fail! For 1s, that’s a given typically – but for 2s? Take that Strength 8 weapons vs Marines. I guess that could be good? Additionally, their Psykers also get to re-roll 1s for Psychic Tests and Deny the Witch test. Not bad at all. 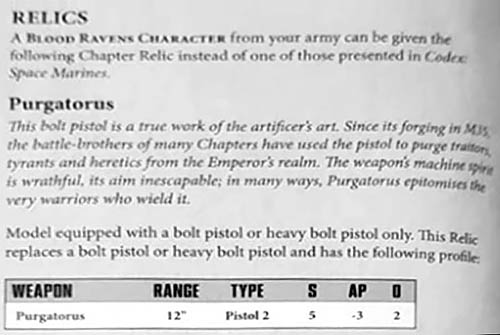 We’ve gotten a look at one of the Relics available for the chapter and it’s a Bolt Pistol/Heavy Bolt Pistol replacement option. Purgatorus is a 2 shot, strength 5, AP -3, 2 damage pistol. Again, not bad…if you’re into using pistols that is. 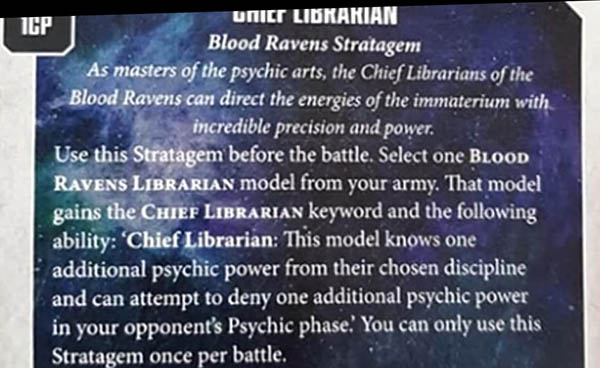 The rest of their rules are coming in this month’s White Dwarf so if you want to get their full chapter rules be sure to pick that up!

What do you think of the Blood Raven’s new Rules?