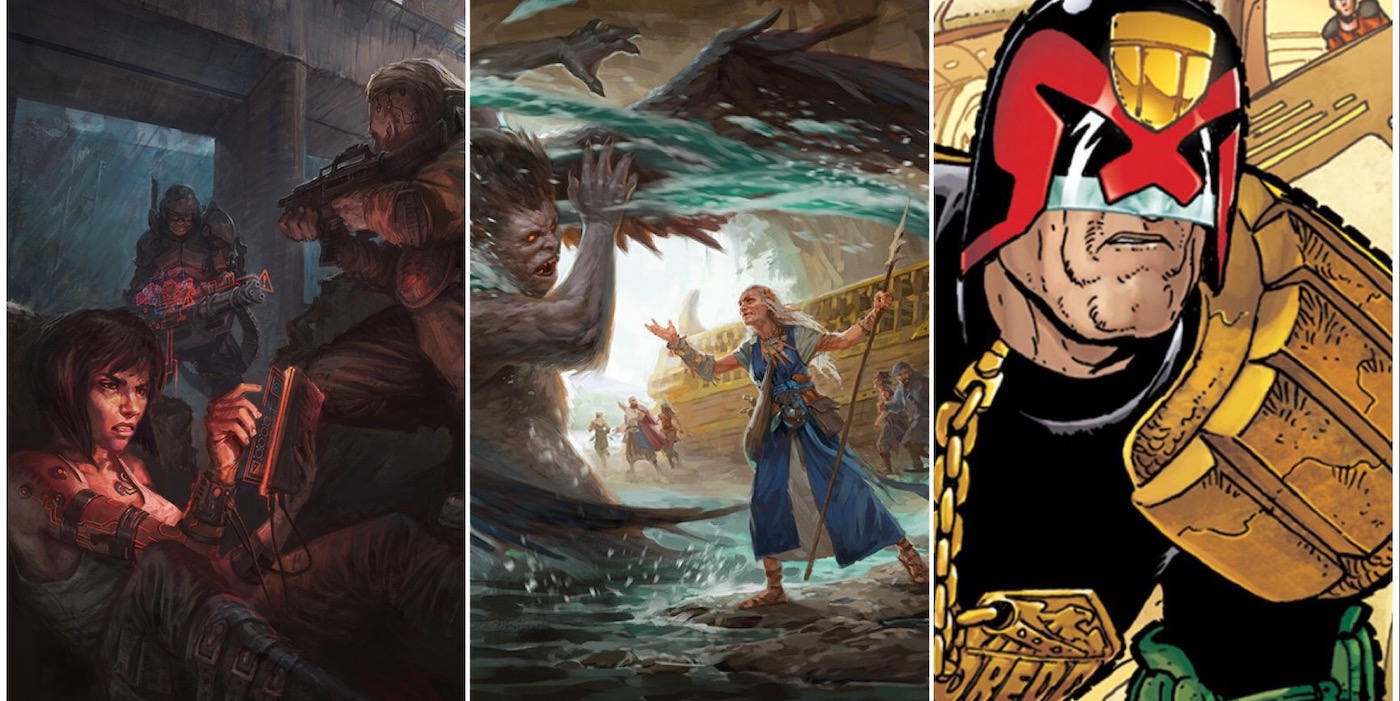 As a web author, I strive to shine a light on Miniatures Games outside of those by Games Workshop. Osprey Games is one of the many companies that I love to keep an eye on. Today, I mined their social media feeds for pictures of exciting new games to look forward to. They have so many cool things up and coming, and today, I wanted to share those titles with a wider audience.

One of the best things about Osprey Games is that all of their games are Miniature Agnostic. Sure, Osprey Partners with other companies to make official models for their games, but if you want to use other models – that is totally okay!!! This means that it can be affordable to get into their games. You can even reuse your miniatures from other games in the Osprey Titles.

So what is up and coming that I think you should keep an eye on?

Please note that I mined all of the images in this post from Osprey Games’ Facebook Page.

Reality’s Edge releases later in August. Now I can’t give a review of this game at this time as I like to read the books cover-to-cover before I give my reviews. That said, I can comment a bit on the book. It is 320 pages long. That’s right, 320 pages!!! Inside, you will find tons of gaming information and background information for this Cyberpunk Skirmish Game. 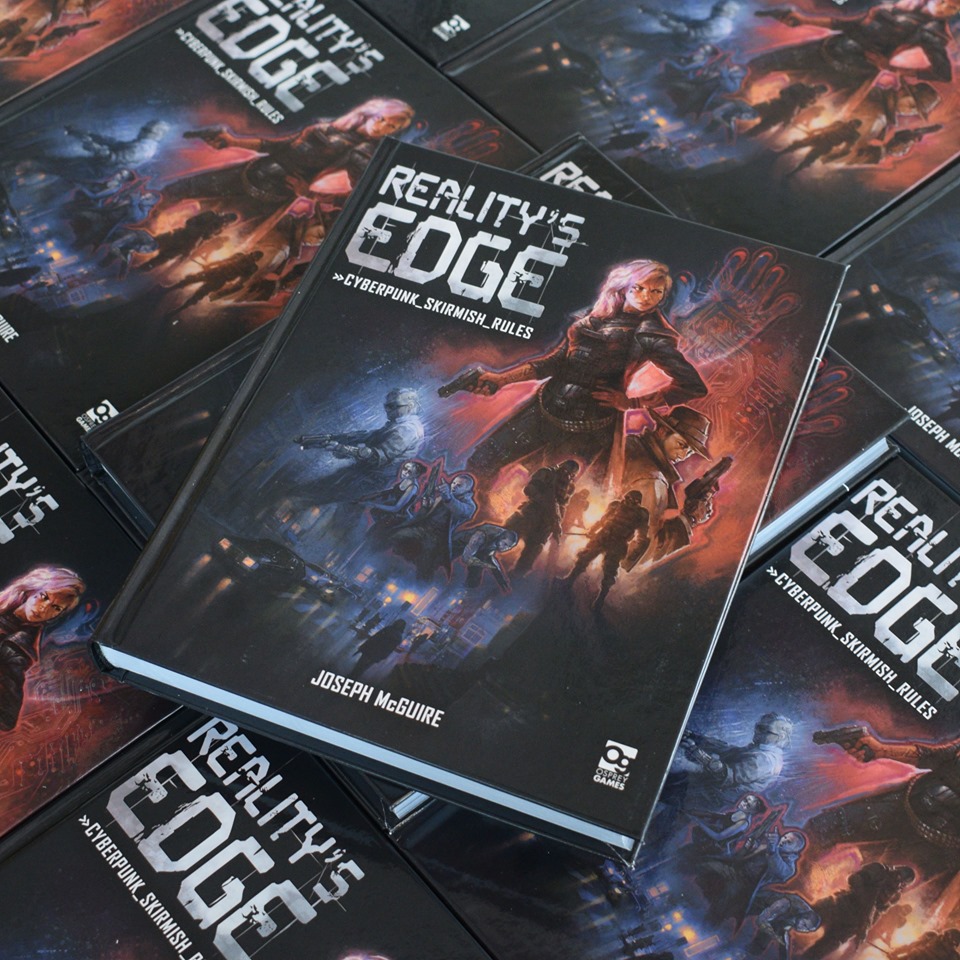 A stack of Reality’s Edge Books – this is a very sizable rule book.

Also, you will find lots of fantastic artwork! Check out this image. 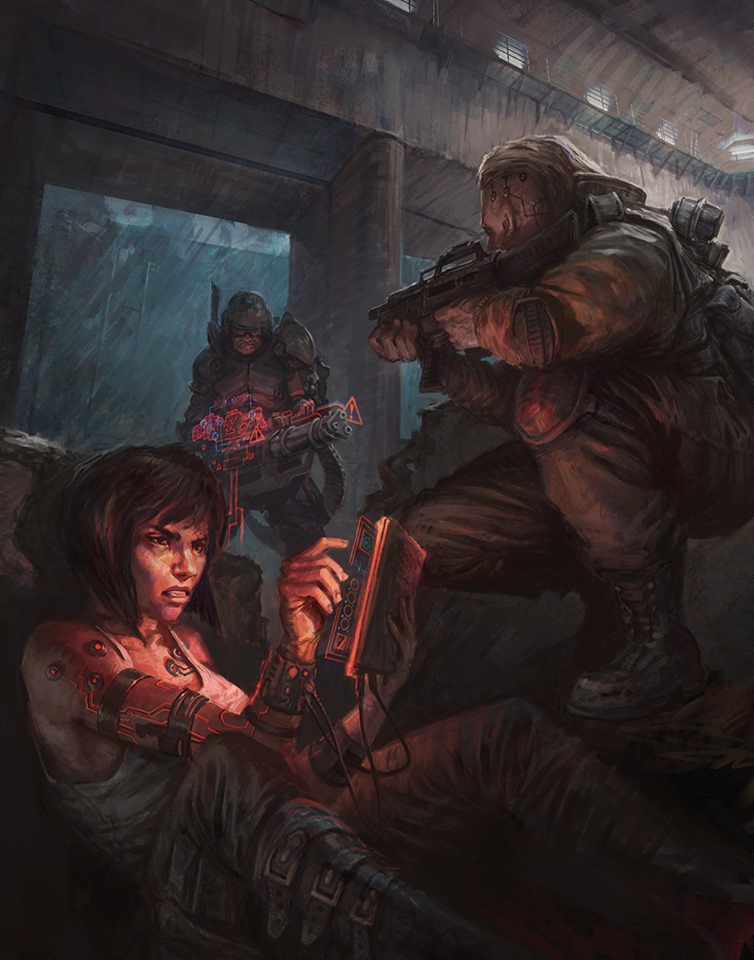 Something else that I will mention about this rule book is that it contains no pictures of Miniatures. Now, this is a miniatures game, but while I flipped through the book, I got the feeling of an RPG. I wonder if this is in part an experiment to see how Role-Playing Games will be received by the public in the future. That’s right; I have a very good feeling that Osprey Games will be getting into RPGs in the near future.  🙂

Cities of Bronze for Frostgrave: Ghost Archipelago expansion is already released. In this book, players get to play through three new mini-campaigns featuring warriors armed with Bronze Weapons. These warriors come from small Kingdoms and City-States that wage war against each other and the other groups on the Ghost Archipelagos.

I feel this one is worth a look as you get to earn the favor of the City-States mentioned above for some tangible rewards to use in your gaming campaign. It’s not city building, but it does add another element to the between game options that you can take.

Plus, this book has some great artwork. Check out this image below. 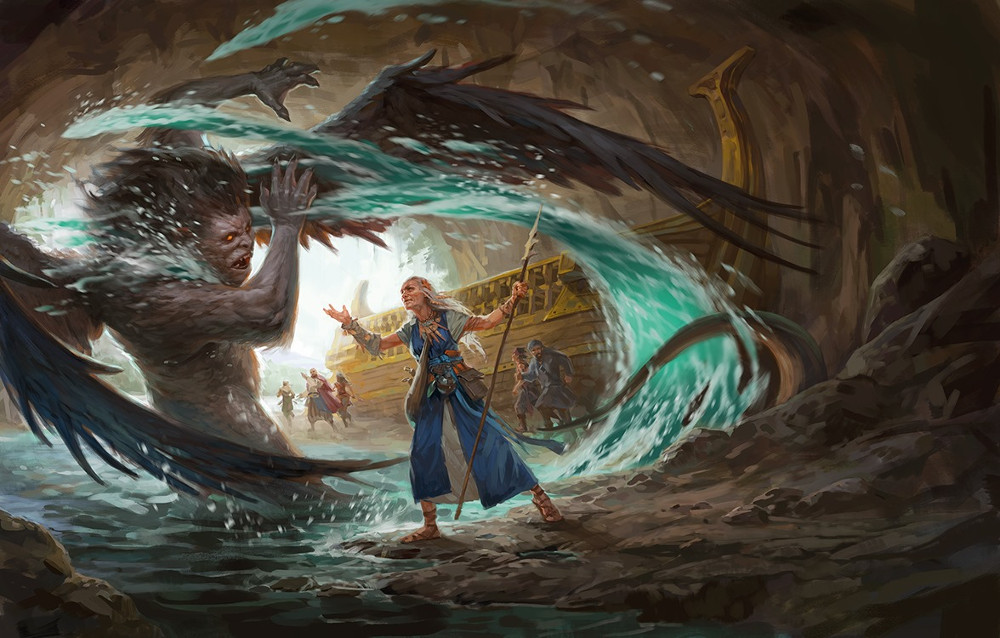 What awesome artwork from Cities of Bronze! Cool. 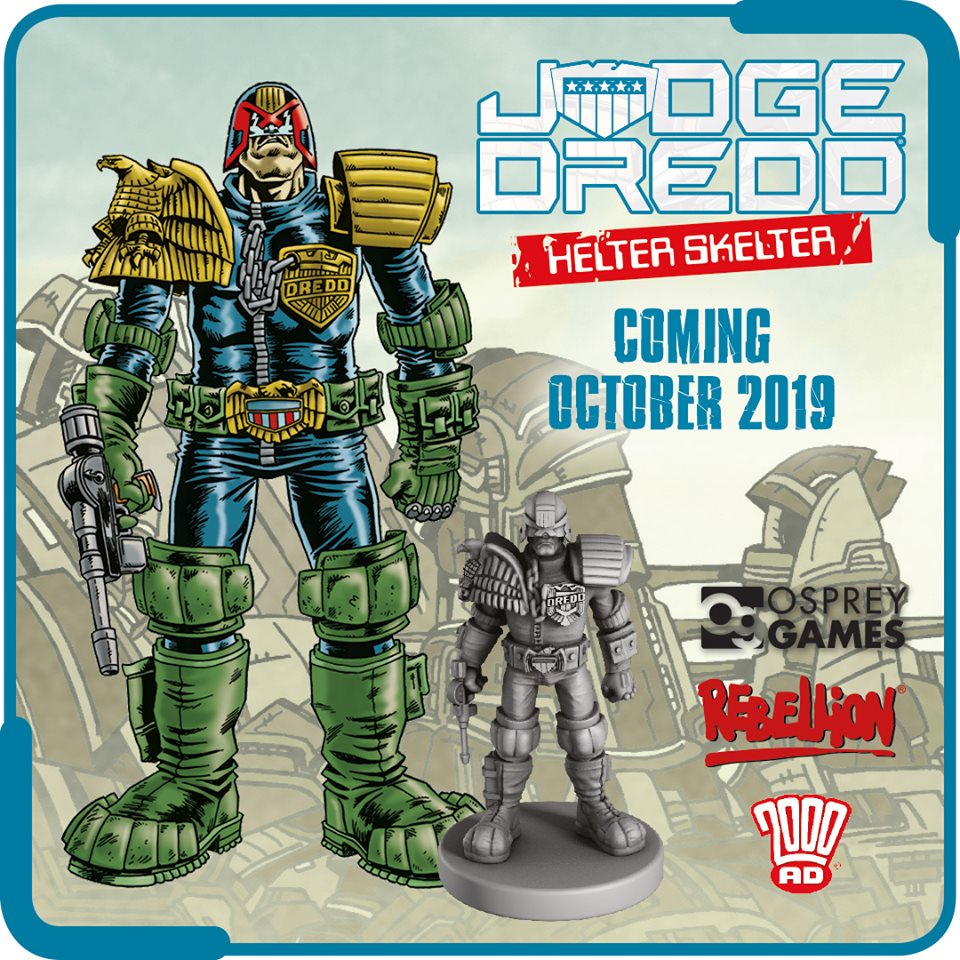 Speaking of Judge Dredd, Osprey Games already has a Judge Dredd game published. These are from The Cursed Earth, a solo or cooperative card game. This game is based off of the same gaming engine as Osprey Games’ The Lost Expedition. Such great art. 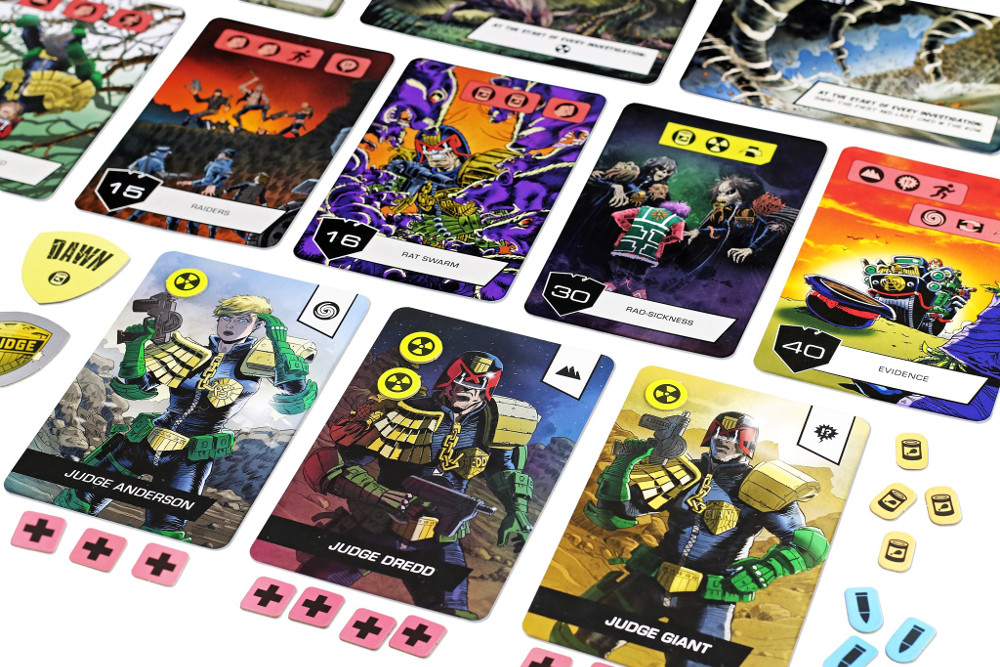 Check out those cards!!! Nice!

Undaunted Normandy also seems to be an interesting game. It should hit the market this coming August. Now, let’s check out some of the preview pictures that I found for this game. 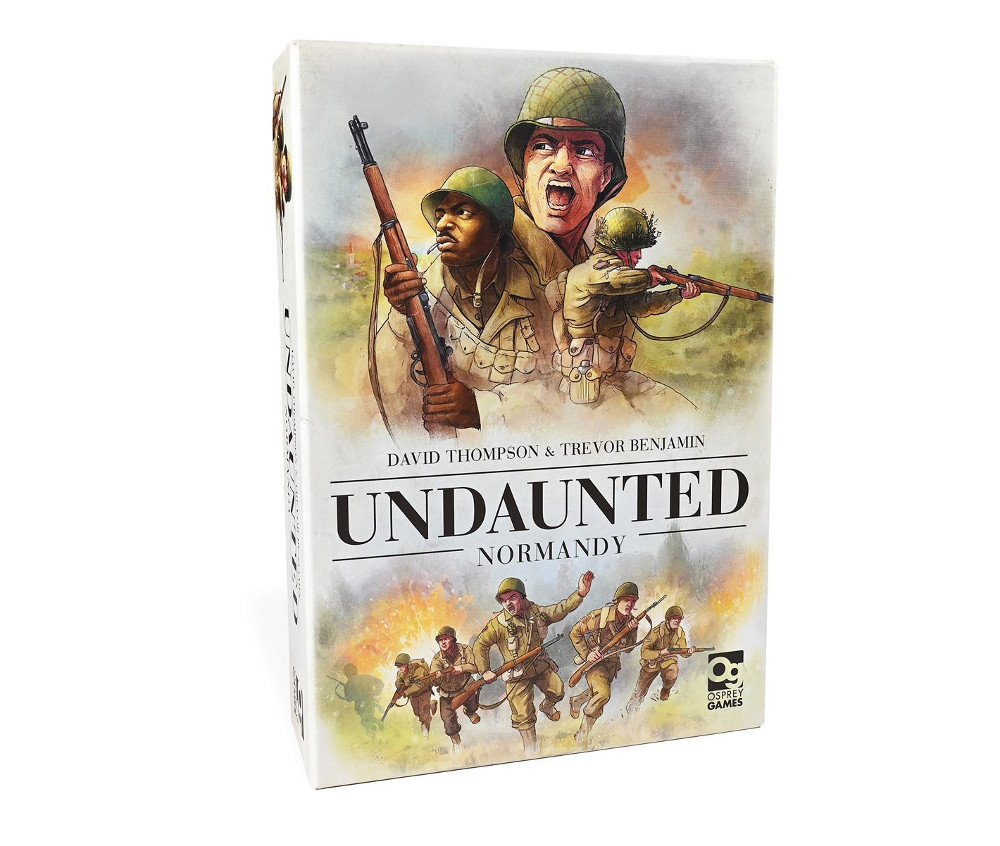 Some cool historical art on the cover of this World War Two Deck Building Game. 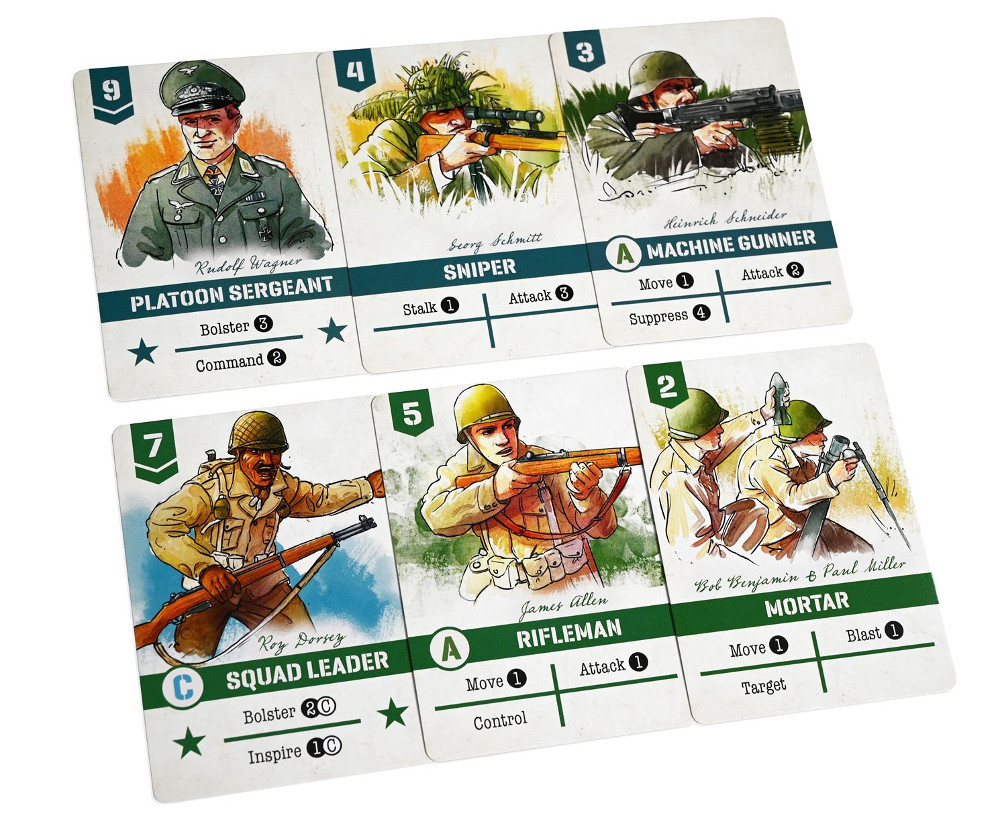 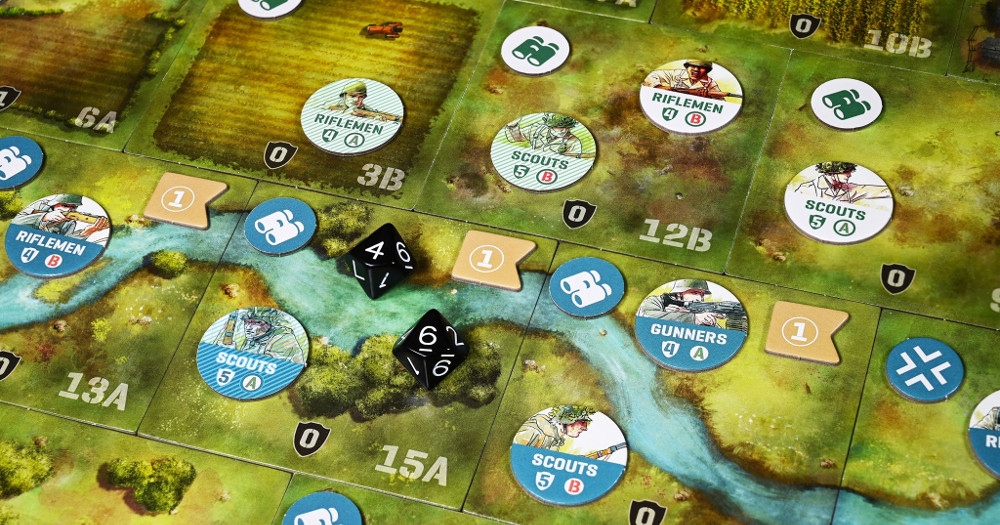 When I heard this was a deck-building game, I did not expect to see a game board. Now I am interested.

Do any of these games interest you?

Again, aside from writing great gaming-related articles, I am also working on compiling a list of all Miniature Gaming Conventions in Ontario (Canada). If you are in Ontario, this list should be of interest to you!

If you are a fan of Osprey Games, or want some more Osprey related reading, check out my Osprey Games Section on Must Contain Minis.