Against the Aeon Throne, the adventure path which pits Starfinder heroes against an ancient starfaring empire, newly returned, is now on Roll20.

Starfinder’s second adventure path, Against the Aeon Throne, introduced players to the Azlanti Star Empire, while at the same time, expanding one little corner of the galaxy where Golarion (should) reside. It’s a great race to capture an experimental stardrive while at the same time avoiding getting caught by the Azlanti, who are bent on dominating this new part of the galaxy. All of this is newly available to Starfinder! Let’s check it out. 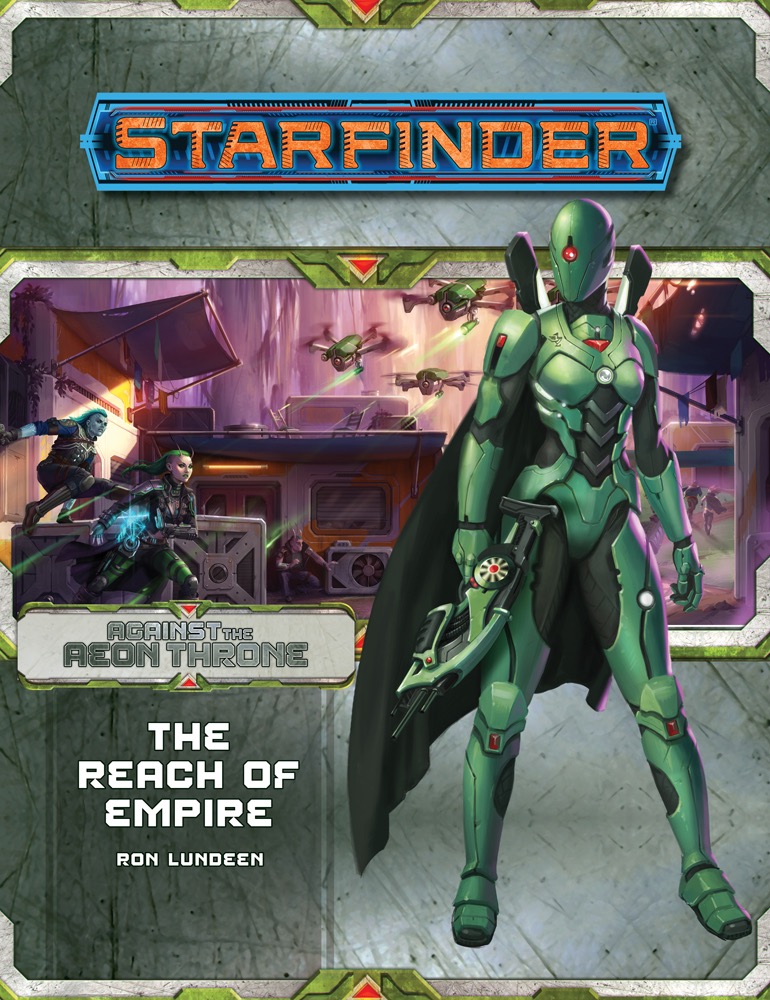 Guerrillas In The Mist

Hired to transport supplies to a fog-shrouded world in the Vast, the heroes discover that a small military force from the Azlanti Star Empire has invaded and occupied the Pact Worlds colony there. The heroes must liberate the settlement from its merciless oppressors, but when they do, they learn that the Azlanti have taken both an experimental starship drive discovered on the planet and one of the colonists — an old friend of the heroes — back to the Star Empire!