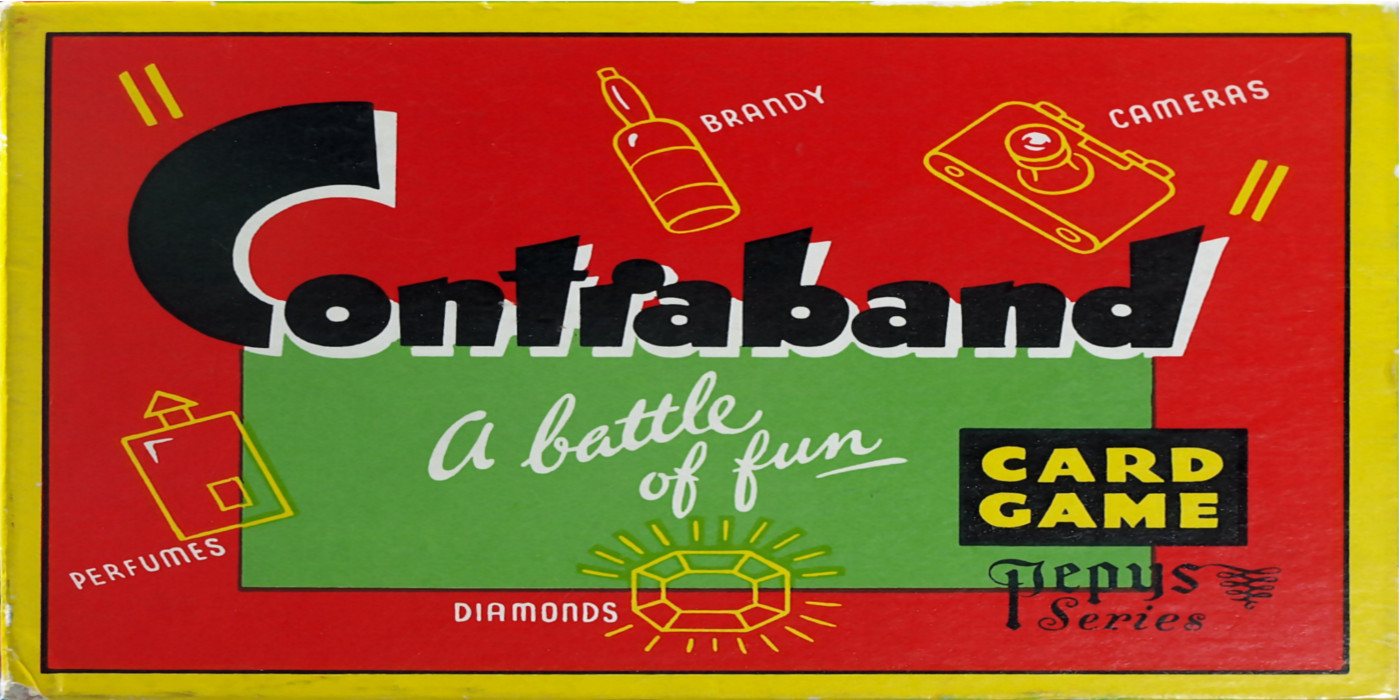 It’s like Sheriff of Nottingham smuggled the idea of itself from Contraband, so we can’t really be too upset about that. It’s in its nature.

Crime is cool. I think we can all agree to that. Otherwise, movies like The Godfather, Ocean’s 11 or Scarface wouldn’t exist. Humanity has been well aware of cool crimes can be for a long time.

So long ago, in fact, we have written documentation of how fun crime can be from a year before time, a time before history, and a history before age: the year of 1950. A year so far ago, I’m definitely super sure no one was even alive back then. Hold up reading for a second while I yeet on over to TikTok and get flewed to the latest MattyBRaps vid. It’s gonna be so lit, fam.

Okay, I’m back from hanging out with all my cool teen friends. So, now let’s talk about Contraband.

Contraband is a competitive, economic, bluffing, card game. The goal of each player is to win. I know that’s def totes obvi. Oh, sorry. I still have some lingering coolness. I know that may seem obvious, but the rules are pretty loose about when the game ends and it’s mostly left up to the players. 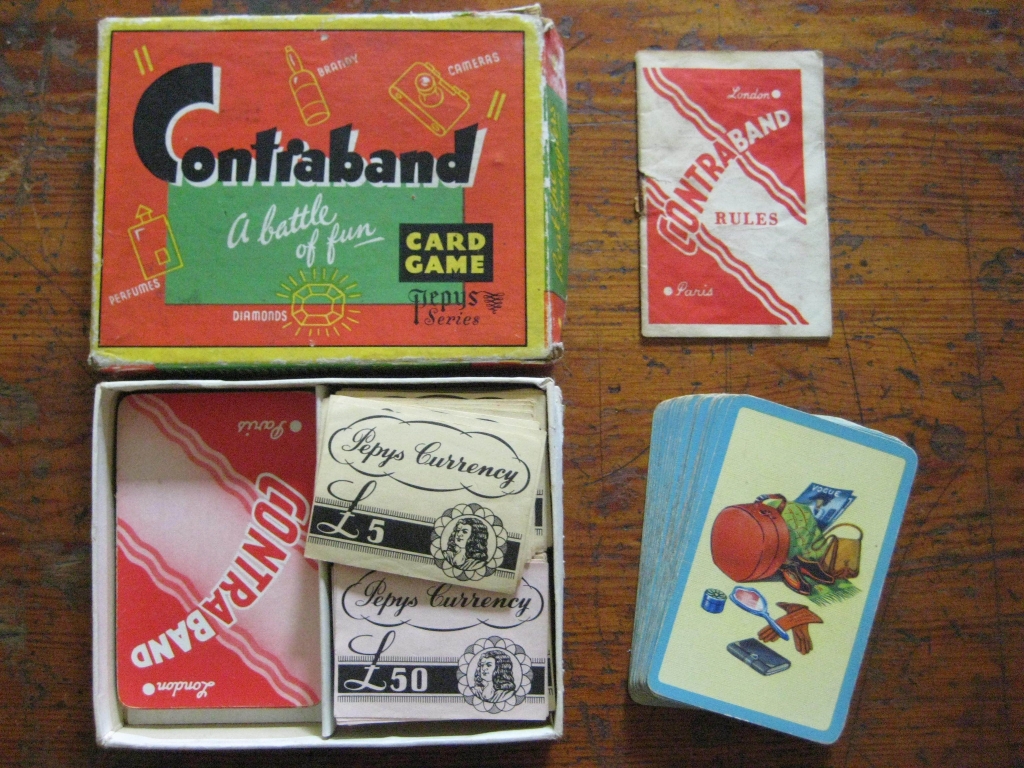 At any one point, there will be one player playing as the customs agent while another player is attempting to (maybe) sneak some illegal goods by them. With a hand of 4 cards, the traveler will announce if they have anything to declare. Protip: Say “No.” 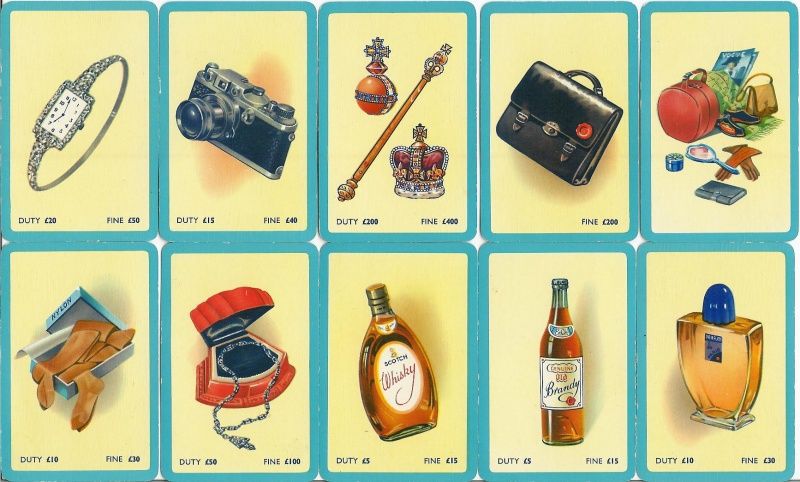 The card in the upper right corner is a ‘luggage’ card which makes up most of the deck. However, as players draw cards they will inevitably find illegal contraband, which is why they called the game that. If the traveler wishes, they can pay the customs agent the amount of the duty fee and bring the no-longer-contraband through without issue. 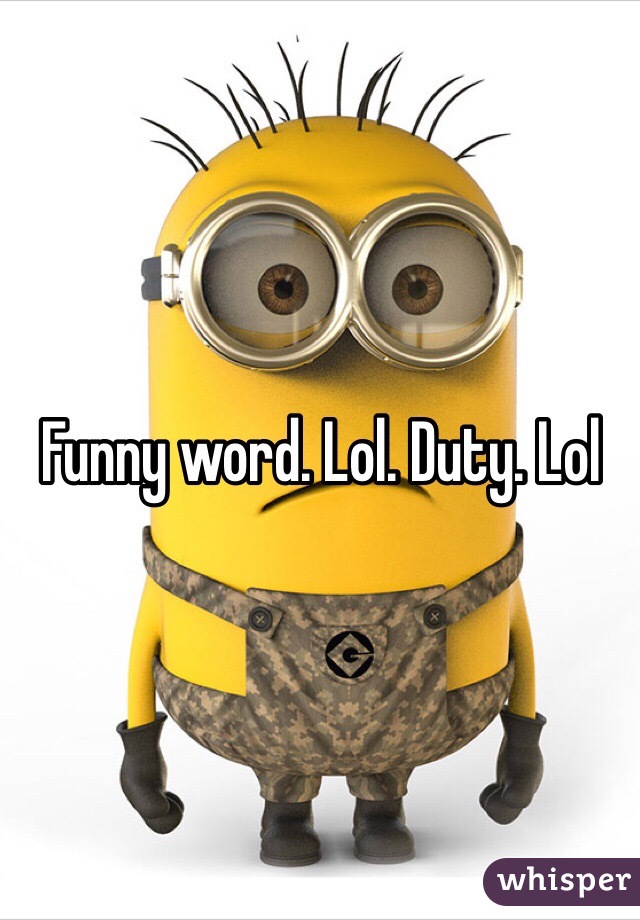 Finally, if the agent does not look at the cards, they get passed to the next player how now has their own choice to make before looking at the cards that were passed to them. If they think the traveler was lying, they can attempt to call them out. 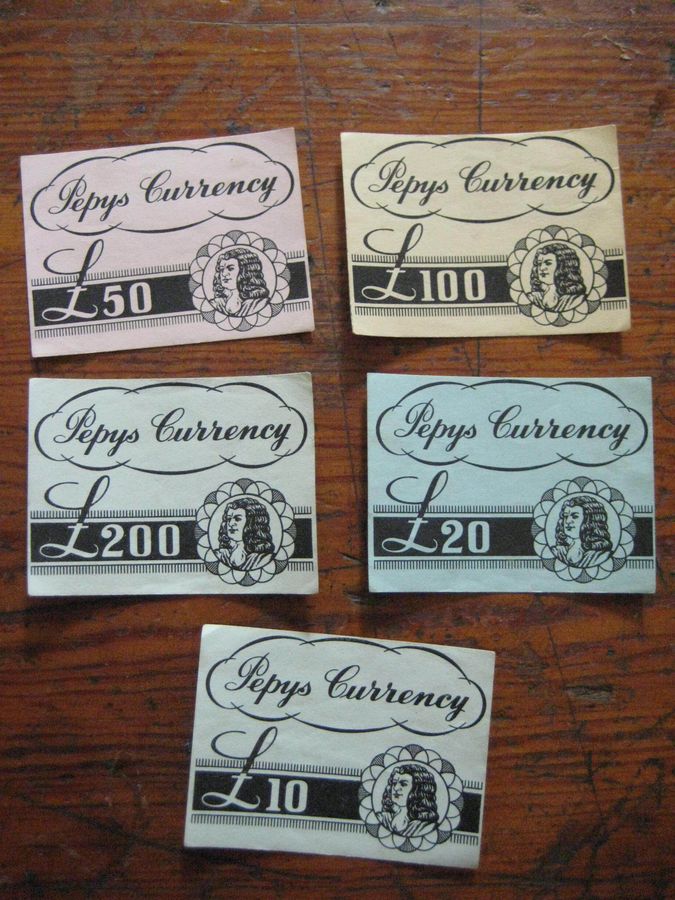 If they are correct, they take 50 Brit-Dollars from the agent who let the goods slip by. If they are wrong, they give 200 bUKs to the traveler for defamation of character. Either way, once that’s done, they look at and discard one of the cards, draw a new one and the new round begins.

Contraband is set up that it’s mostly just the agent who will be gaining any significant amount of money. So each player should take an equal amount of turns as the customs agent.

Once the players decide they are done playing, whichever player has the most money wins!

As we not-so-briefly mentioned in the title, if you’ve played Sheriff of Nottingham, this should all sounds pretty similar. The core mechanics are all very similar. While it’s possible the games were developed individually, it feels way more likely to assume Sheriff was strongly inspired by Contraband. 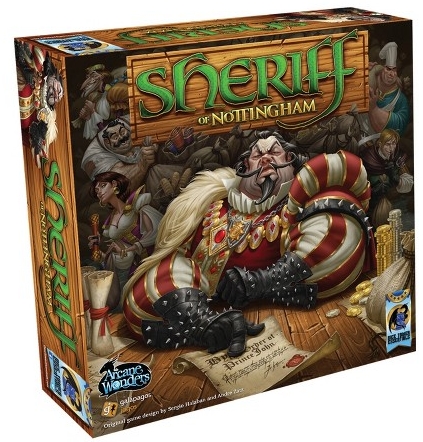 There are a few differences though. The idea that other players can rat out each other is a neat spin on things. It gives a little more player interaction and keeps everyone engaged throughout. I think that’s a house rule I might be incorporating into my next game!