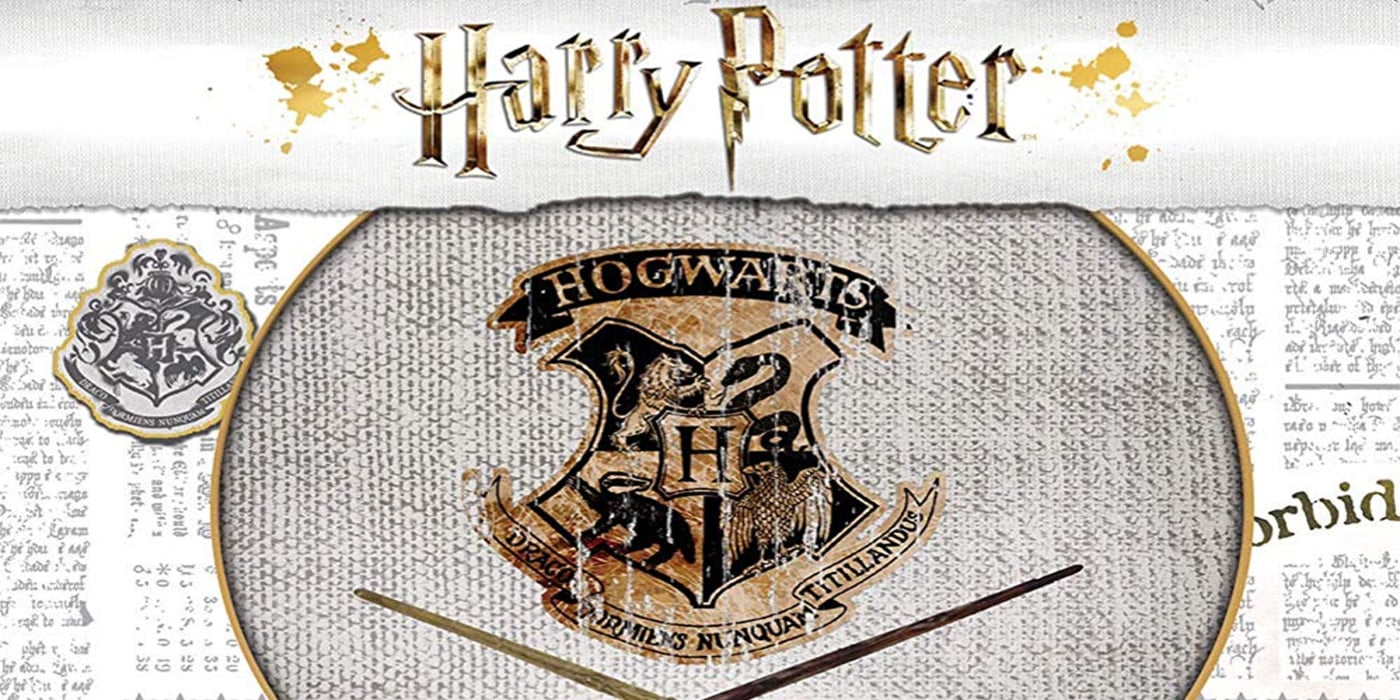 Can board games have spin-off sequels? Turns out, yes! And they can be much better than [Find a topical reference the kids will understand more than Joey].

I love deck builders. The idea of starting from basically nothing and having your choices alone really drive the growth of the deck just appeals to me. Sure the shuffling adds a little randomness, but ultimately it’s entirely up to you and the choices you make.

The OP was cool enough to send me a copy of Harry Potter: Hogwarts Battle – Defense Against the Dark Arts so I could give a proper review. So I got my devout Gryffindor girlfriend to play a game with me. She was hyped to play as her favorite house and I was excited for some of that sweet, sweet deck building action. 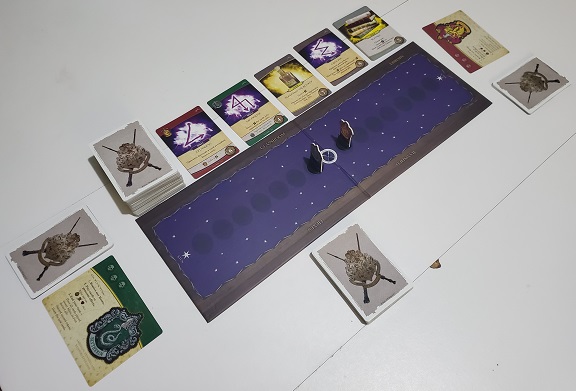 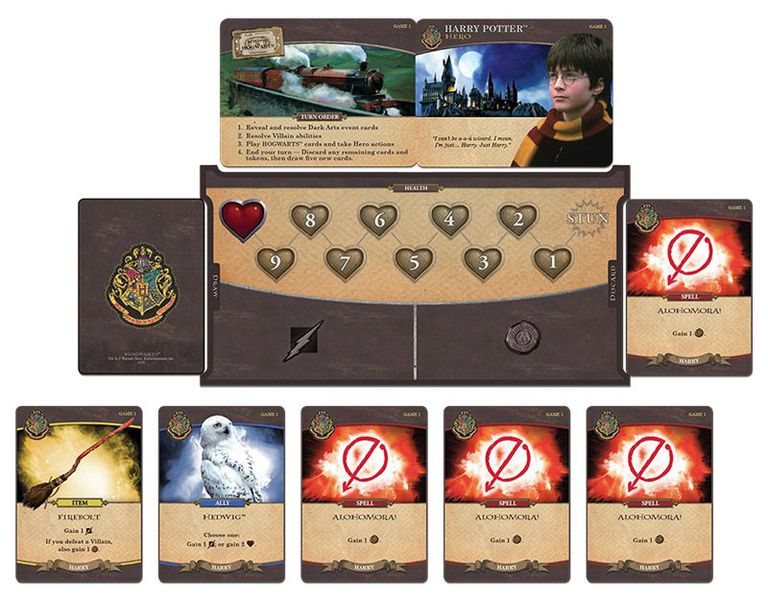 For one thing, the Alohomora cards are purple in this game!

They are completely separate, standalone games. To quote the back of the box…

Poking fun aside, HP:HB-DAtDA is a solid and fun game. So let’s give a quick overview of how it plays, then my thoughts, then hers!

HP:HB-DAtDA is a competitive, quick playing, deck building game for 2 players. The goal of both players is to be the first player to ‘stun’ the other 3 times. This is done by dealing by shifting their player token back 8 spaces away from their starting space. Players will gain spells, items and allies while avoiding hexes in order to win the dual. 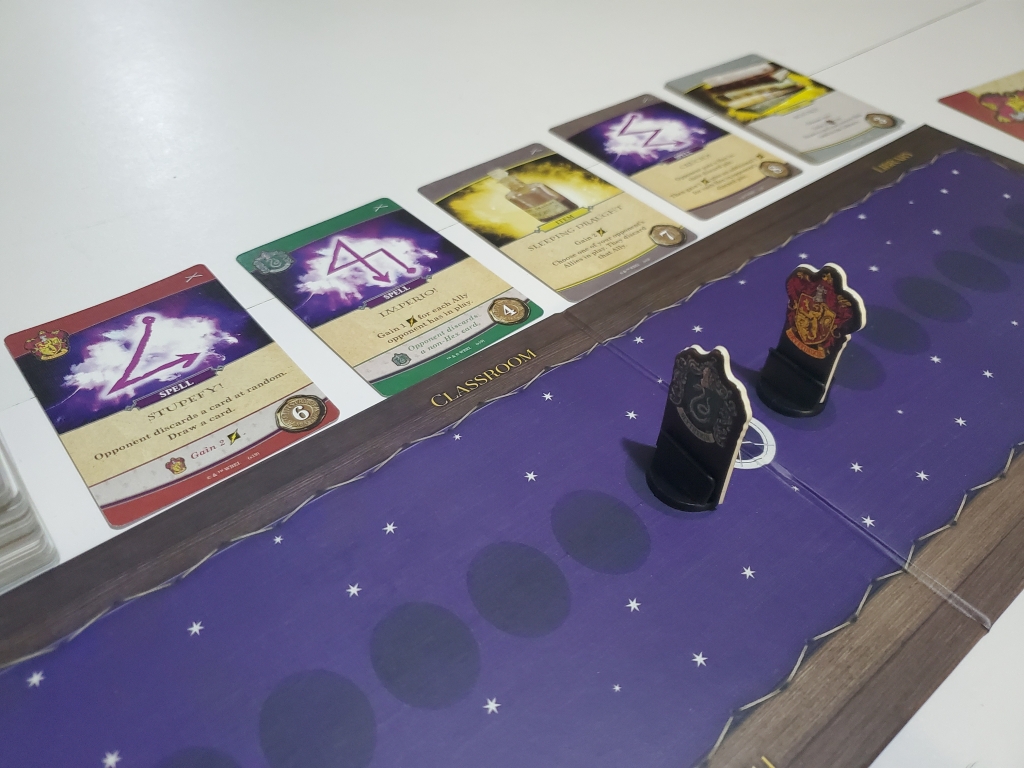 Each turn, players will draw 5 cards and resolve their effects in any order. Spells and Items are one time use, while Allies stay in play once played and have lasting effects. Some spells have added effects if they belong to your house or the house of one of your allies. 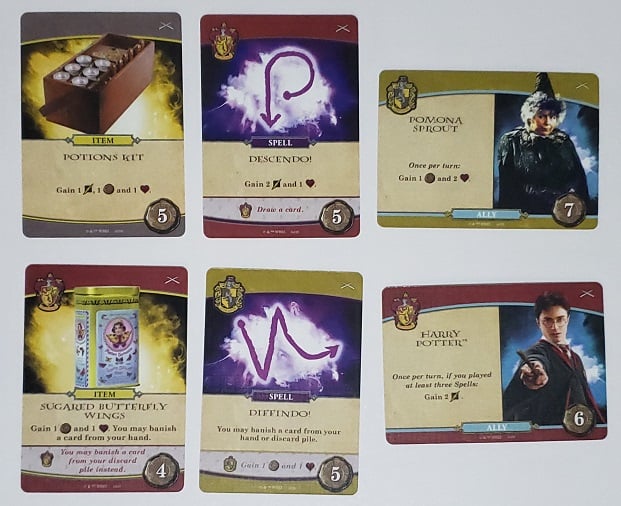 Buying Hogwarts Cards will improve the players deck to make it more powerful and damaging. More powerful spells can inflict the other with a Hex, which must be resolved as soon as the Hex enters the player’s hand. 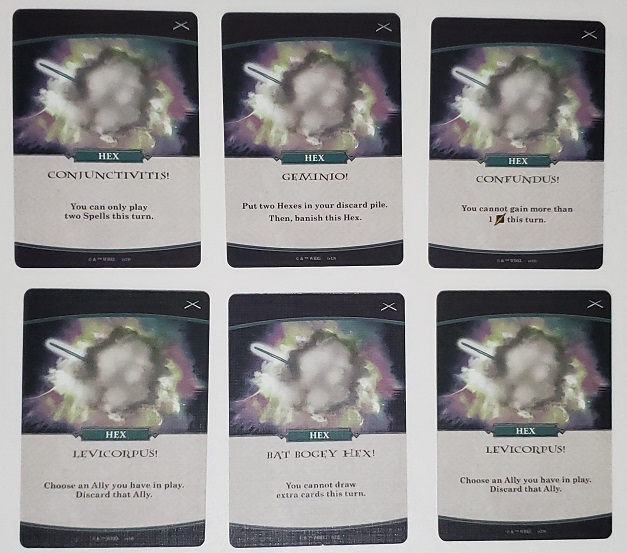 I only just noticed I grabbed two Levicorpus, but I don’t want to go take another picture.

Overall, HP:HB-DAtDA is a really simple and straight-forward deck builder. It doesn’t have a lot of complication to it, which makes it a great introduction to the genre. In fact, my girlfriend (who won, by the way), had never played a deck builder before and was initially thrown by the mechanics until she saw them in action. To me, that’s one of the main selling points. Considering the theme, it’s going to attract a wide audience, but the game doesn’t get bogged down with fiddly mechanics and keeps the game moving fast and easy. 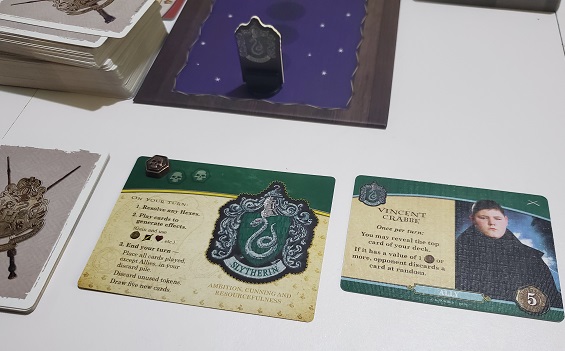 The game plays out over a number of rounds, but you don’t restart your deck between rounds. So the later rounds go WAY faster then the first one, which is good. The main draw of a deck builder is seeing everything come together and HP:HB-DAtDA doesn’t deny you that in later rounds.

Hi, I’m Audrey! I really liked it. The gameplay was pretty simple, and I assume even more simple if you’re already familiar with deck builders (which I was not.) Despite that, it was easy to catch on and really fun to play. As a lifelong Potter fan I really enjoyed the theme, although if I’m being nitpicky I wish they’d leaned in a little harder.

That being said, the art was really cool and getting extra effects with your house’s spell was a neat mechanic. Overall I had a great time playing it, and the ramp up from simple spells to more complicated ones happened quickly and made for a really fun experience. And I won! Did Matt tell you I won? 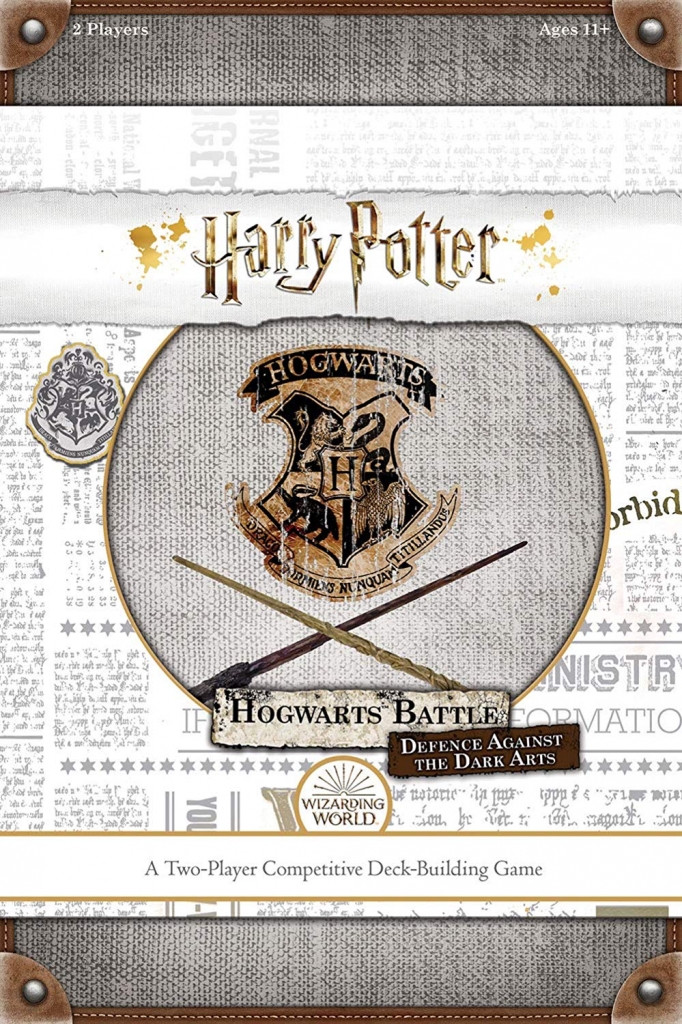 Author: Matt Sall
Matt has loved games of all kinds his whole life: board, video, war, roleplaying. He's worked as a writer for BoLS since 2017. He's worked as freelance editor for board game rulebooks and has designed many of his own games as well.
Advertisement
Harry Potter Rules Tabletop News USAopoly
Advertisement