The Sixth Edition of the Sixth world is here at last, chummers. Grab yourself a pdf and pre-order your physical copy today.

Get ready to run the Shadows folks, because the brand new edition is here. No starter box, no quick start rules, but the whole dang core book, complete with full rules, archetypes, updated lore, and presumably insect spirits, blood magic, and weird mashups of fantasy and cyberpunk in new flavors just waiting for you to dive in. And you’ll find three different covers–the basic, limited, and executive editions. So grab your mirrorshades, shave your hair into a mohawk and dye it pink, and let’s dive in. 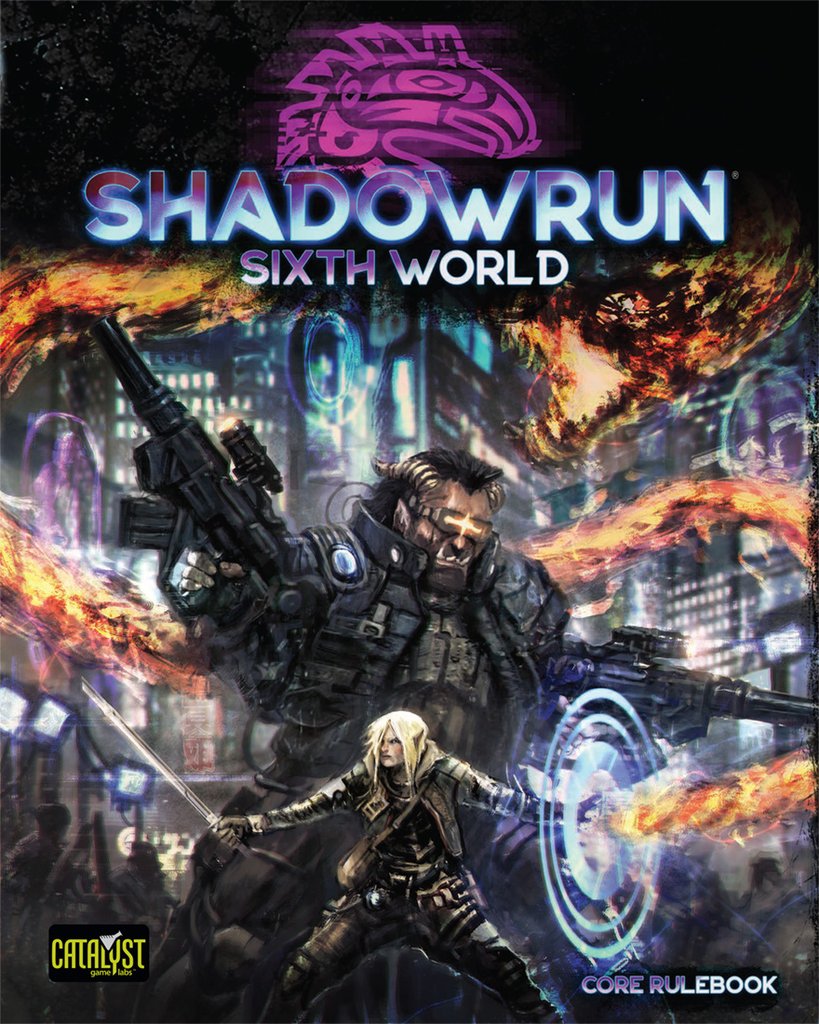 The odds are against you. They always are. The other side has more people, more firepower, more money—more everything. What they don’t have is you—your brains, your guts, and your willingness to put everything on the line to come out on top.

Shadowrun, Sixth World is the latest edition of one of the most popular role-playing games of all time. In 2080, the world is controlled by all-powerful megacorps that draw on vast hoards of technology and magic to keep the rest of the population under their heels. But some people refuse the seductive lure of corporate safety. These rebels refuse to sell out, and they survive by doing the dirty work no one else will do. They are shadowrunners, and they’re ready for you to join their ranks.

Become an elf shaman, an ork street samurai, a dwarf rigger, or any of hundreds of other possibilities. Find your skill set and unique expertise and use all of it on wild chances that will keep you alive, that give you one more chance at freedom. So you can survive until the next one.

The Shadowrun, Sixth World Core Rulebook contains everything you need to play besides six-sided dice. Launch into a dark, thrilling world of gaming fun as your shadowrunner sets out on the road to greatness! 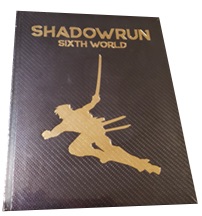 The Shadowrun, Sixth World limited edition puts the newest version of Shadowrun in a particularly stylish package. The faux-Kevlar look of the cover and the gilt-edges of the pages combine to wrap the new ruleset in luxury, and a ribbon bookmark makes page flipping easier. The content is the same as the Shadowrun, Sixth World core rulebook, so you get the same fast-moving ruleset, vast character concepts, and other options that can help you get into the grit and glory of shadowrunning. 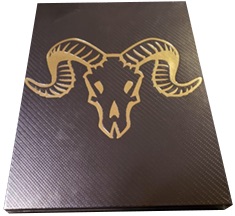 The Executive Edition of the Shadowrun, Sixth World Core Rulebook has all the touches of elegance needed to show you’re someone to be reckoned with. The book and accompanying slipcover are both coated in dark-blue faux-Kevlar, the paper is a thicker, heavier weight that what is found in the standard edition, it comes with two ribbon bookmarks to help you navigate to important spots, and each copy is individually numbered. With the same fast-moving ruleset, vast character concepts, and other options that can help you get into the grit and glory of shadowrunning, the Executive Edition is the most luxurious edition of Shadowrun you can get!