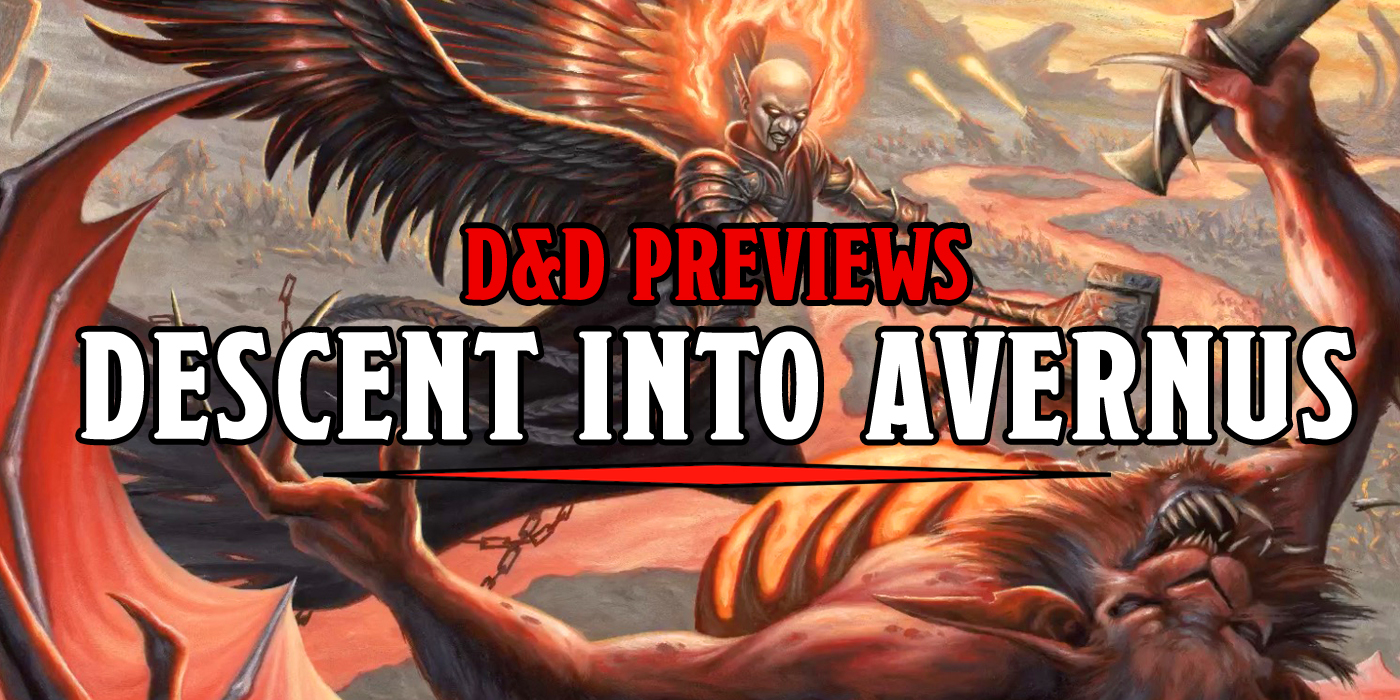 Massive spoilers ahead, but come take a look at the intro and table of contents for Baldur’s Gate: Descent into Avernus. See what devils lie in these details. 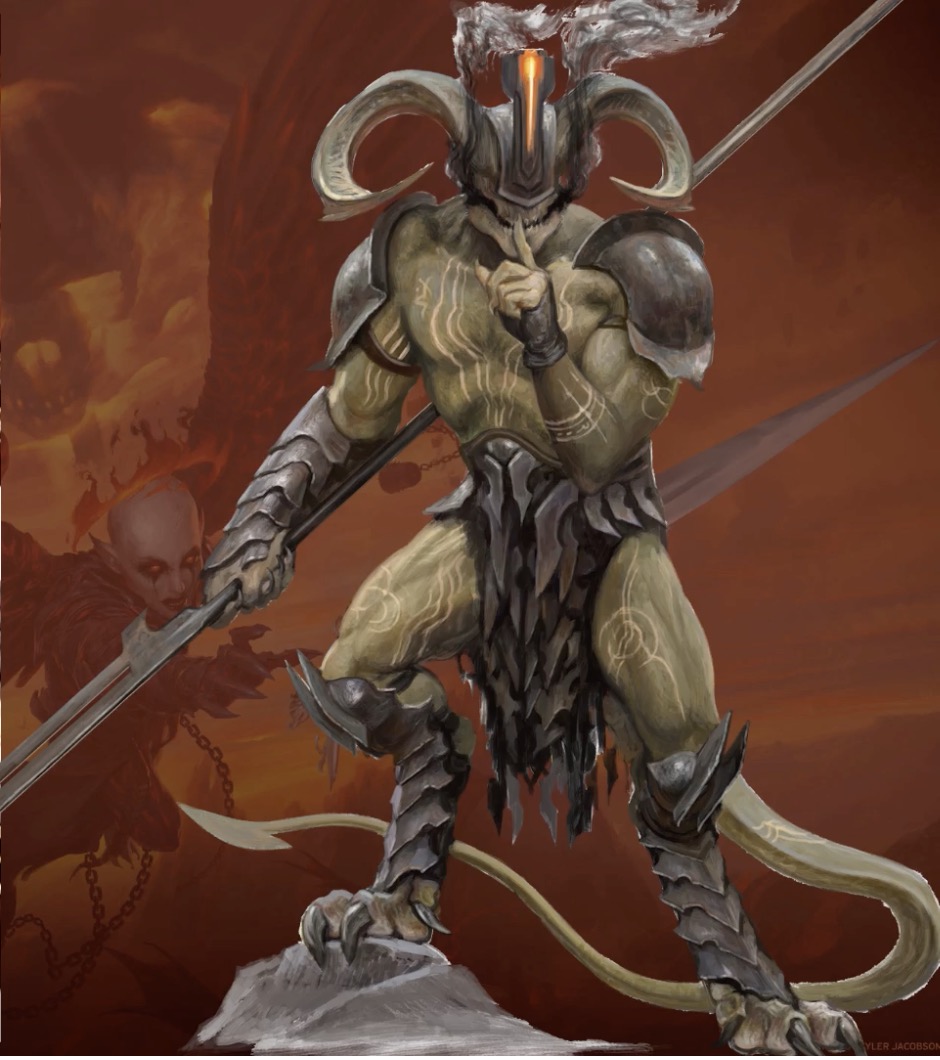 Although, thinking about it, it feels like these secrets are expressly designed to be known by you and have little, if anything, to do with shoggoths. You can still gaze upon what the future foretells though. And thanks to the Table of Contents as well as the first two pages of the book, we can safely say with some accuracy what exactly you’ll find waiting for you. 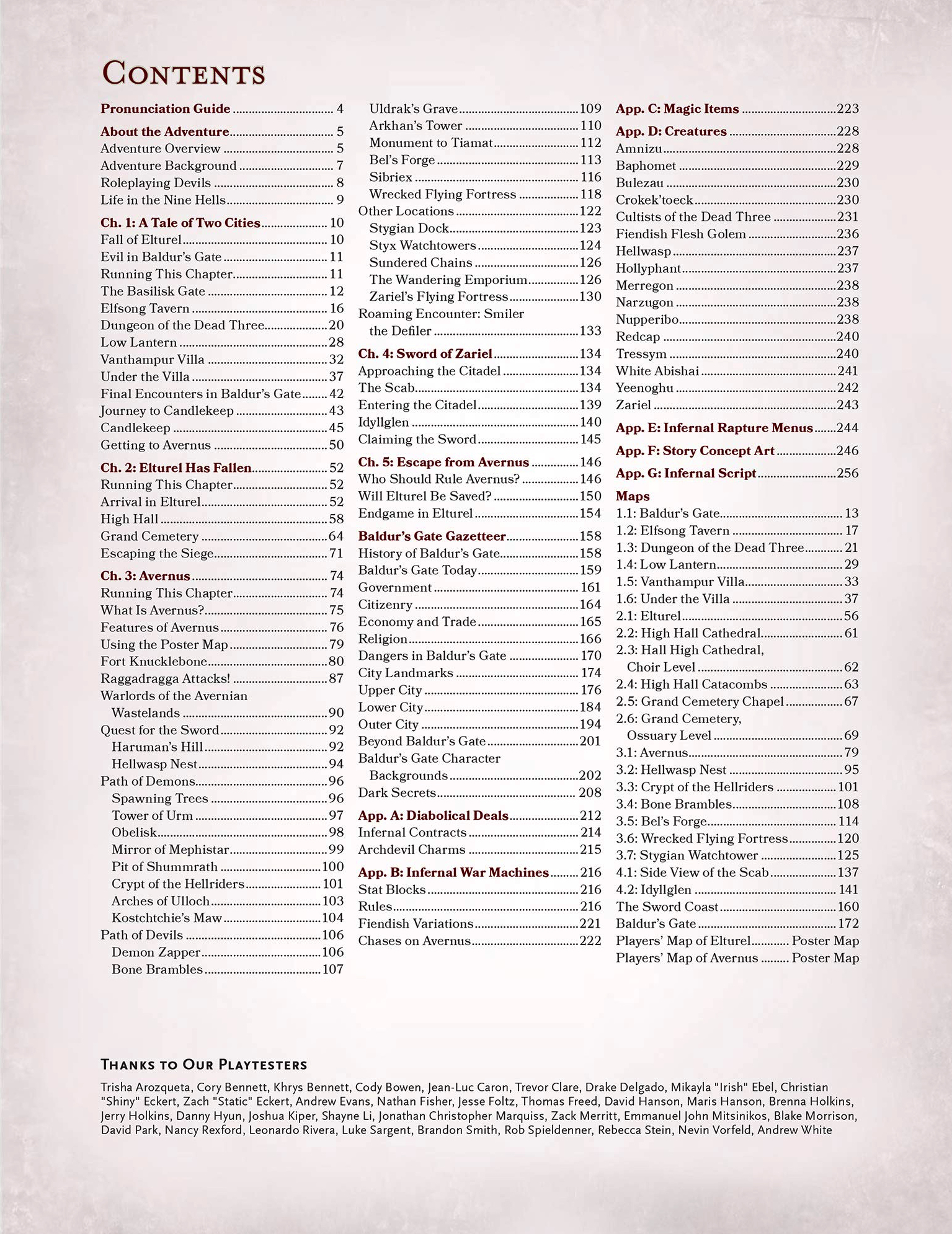 There’s a lot here. Five chapters, a fifty-page gazetteer, two appendices dealing entirely with new mechanics introduced in the book, and a slew of new stat blocks, including Cultists of the Dead Three, a Narzugon, and Lulu the Hollyphant.

If you want a better idea of what the book has in store, you could look at the chapter headings to see where the adventure is expected to take you. The journey that unfolds seems to center around the city of Elturel, a city just up the river from Baldur’s Gate. The end of the adventure wraps things up and seems to influence what happens to the place depending on how the party handles themselves. But enough wild speculation, let’s take a look at something more concrete. 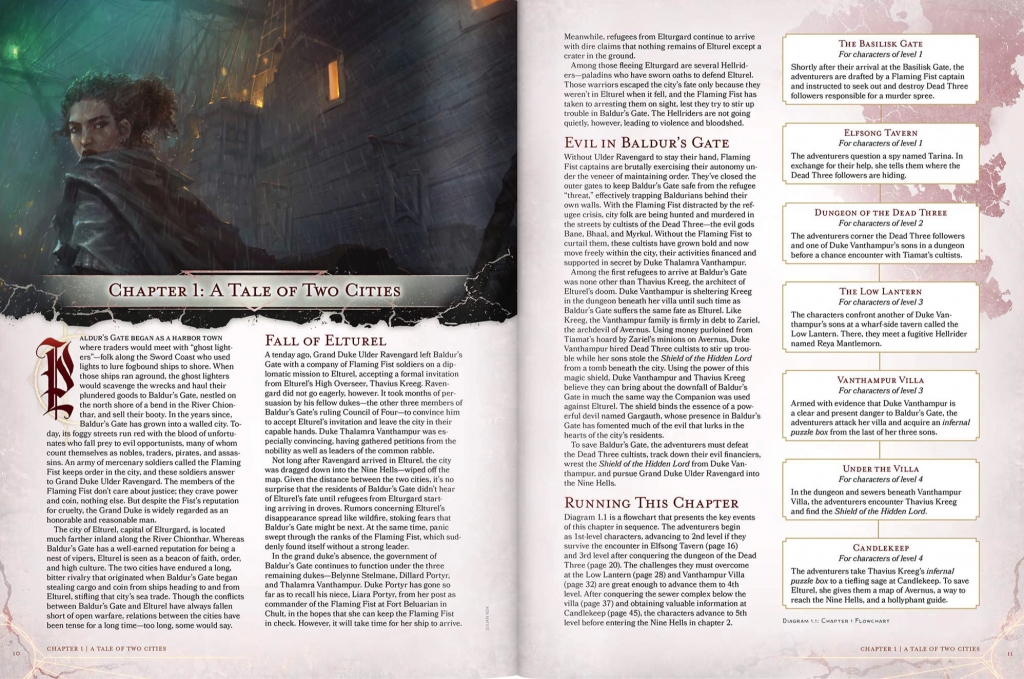 Here us a sample of the intro that awaits you. You can find both of these pages (and the accompanying table of contents) waiting for you in Baldur’s Gate: Descent into Avernus, due out September 17th.