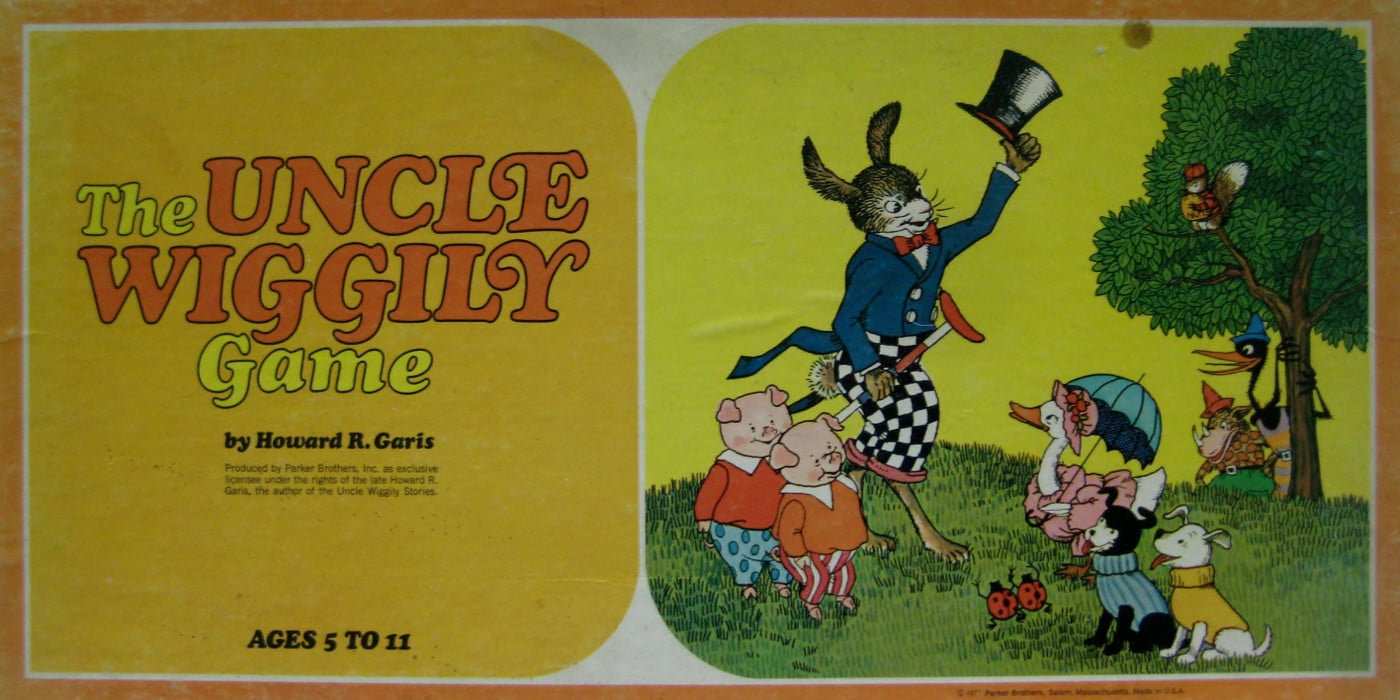 To be fair, it’s a children’s book series. But it’s also a very unfortunate title to a board game with an even more unfortunate game board.

Kids are weird and they like weird things. Like arthritic rabbits. They go crazy over them. Just ask Uncle Wiggily, the popular children’s book character who had a steady stream of books from 1910 until 1962, publishing a total of 72 books in those 52 years. 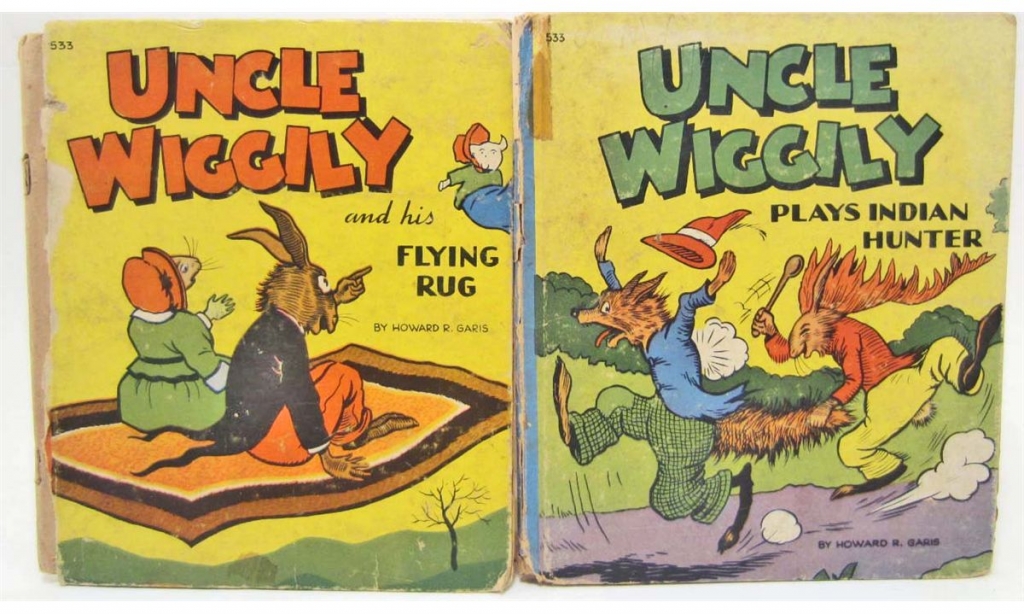 That’s gonna be a big ol’ oof from me.

The books were simple enough. Uncle Wiggily does his errands, spends time with his friends and avoids bullies who want to eat his ears. Normal rabbit stuff. 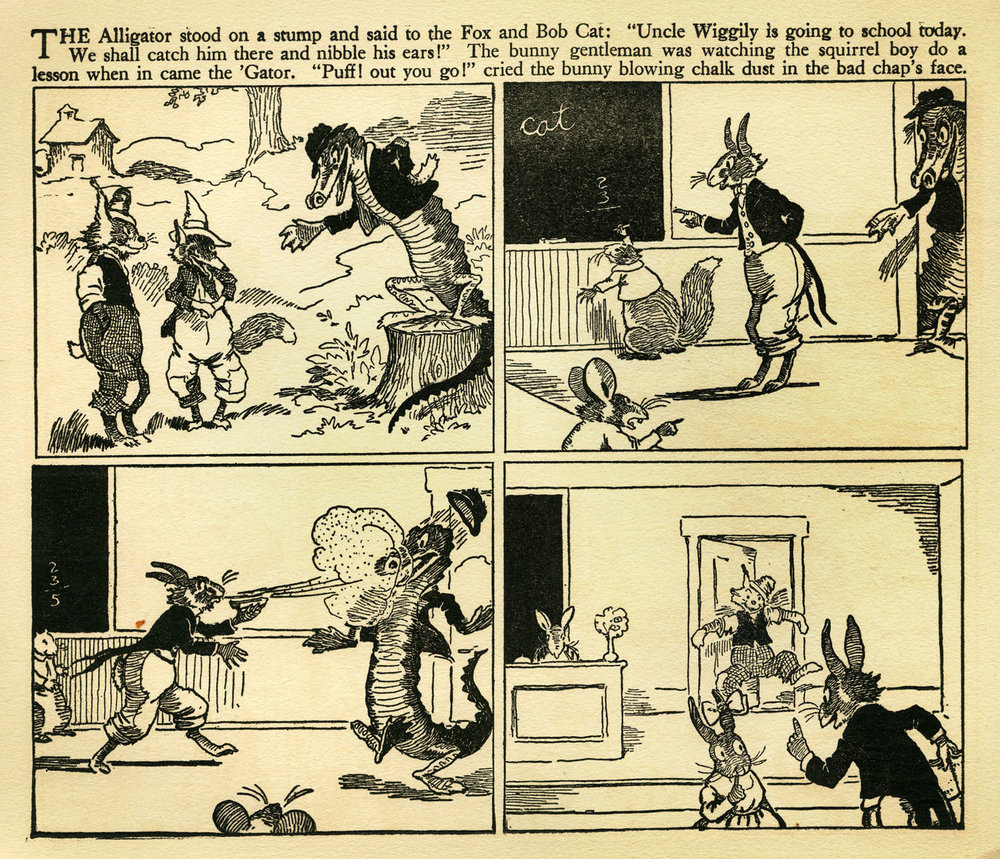 Please. Can someone tell me what’s going on in the last panel? Please.

Why are we talking about this rabbit whose got a name like someone from a bad edgy cartoon? You should know the answer by now. 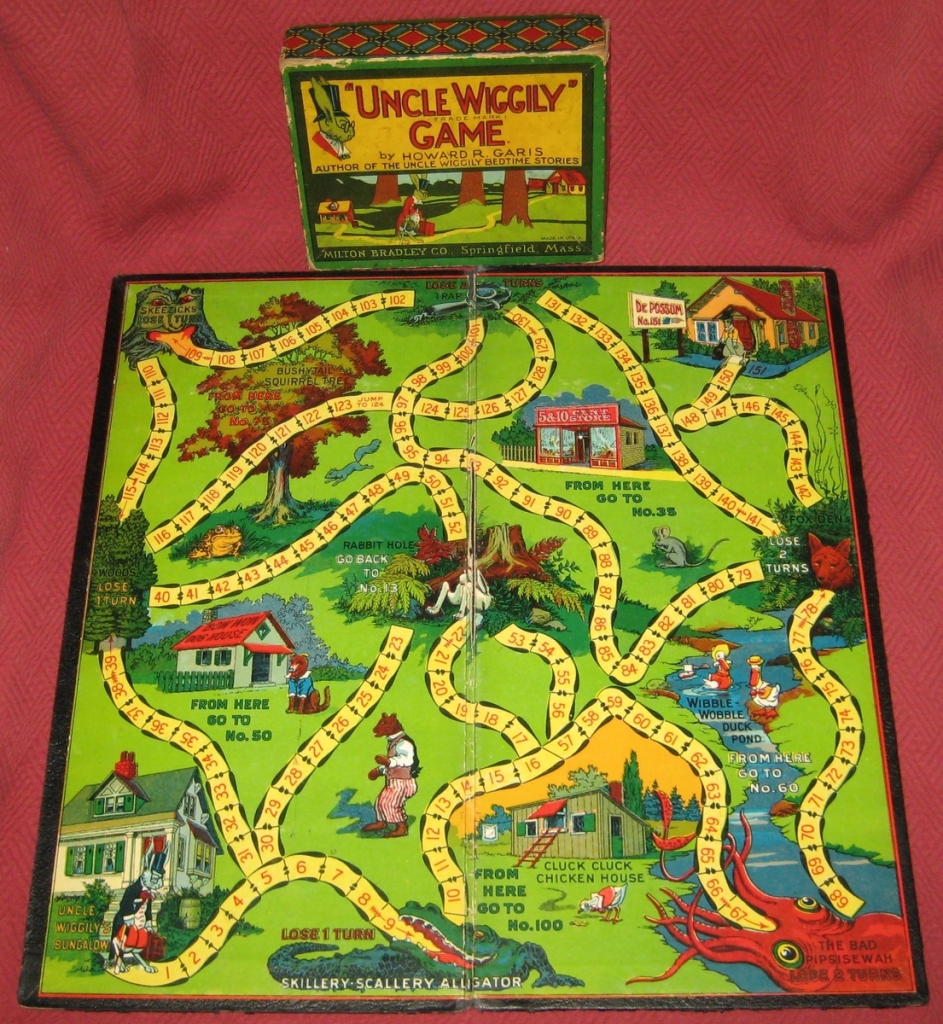 Initially released in 1916, Uncle Wiggily has players drawing card to move forward a number of spaces based on what the card says. 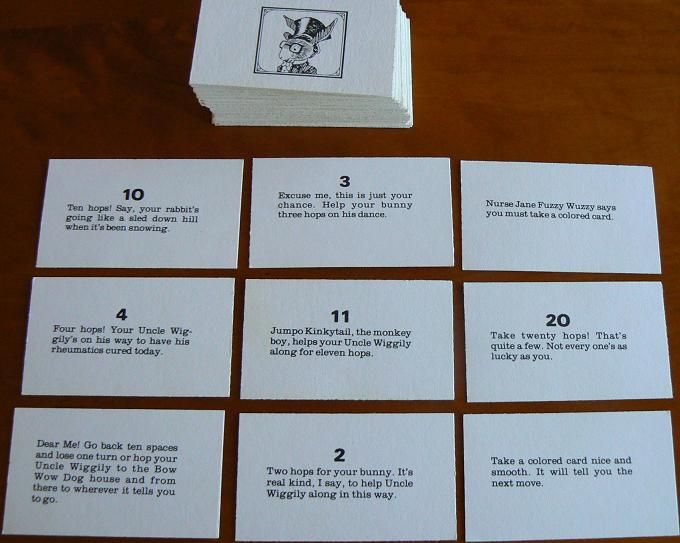 Occasionally, players will be tasked to draw a Red Card or a Colored Card, depending on print edition. These cards are more of the same, but with a little more opportunity to move backwards. In addition to that, some spaces on the board will affect the players in some way. But they can sometimes be hard to figure out. Per example….. 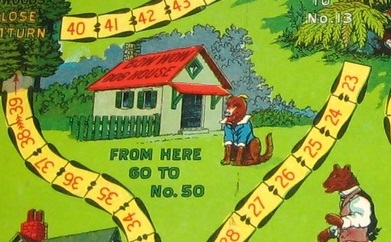 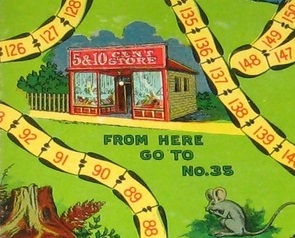 Or how about over here? Personally, I think this one is for #90… which sends you back to #35…. which COULD BE THE SPACE FOR BOW WOW DOG HOUSE BUT WE STILL DON’T KNOW WHERE THAT ONE IS EITHER!!

C’mon, Uncle Wiggily! Get your act together! This board design is an absolute mess. But at least the colors are nice and bright with good contrast… 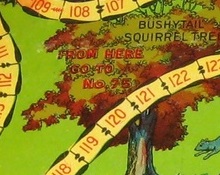 Whoever reaches the end first wins.