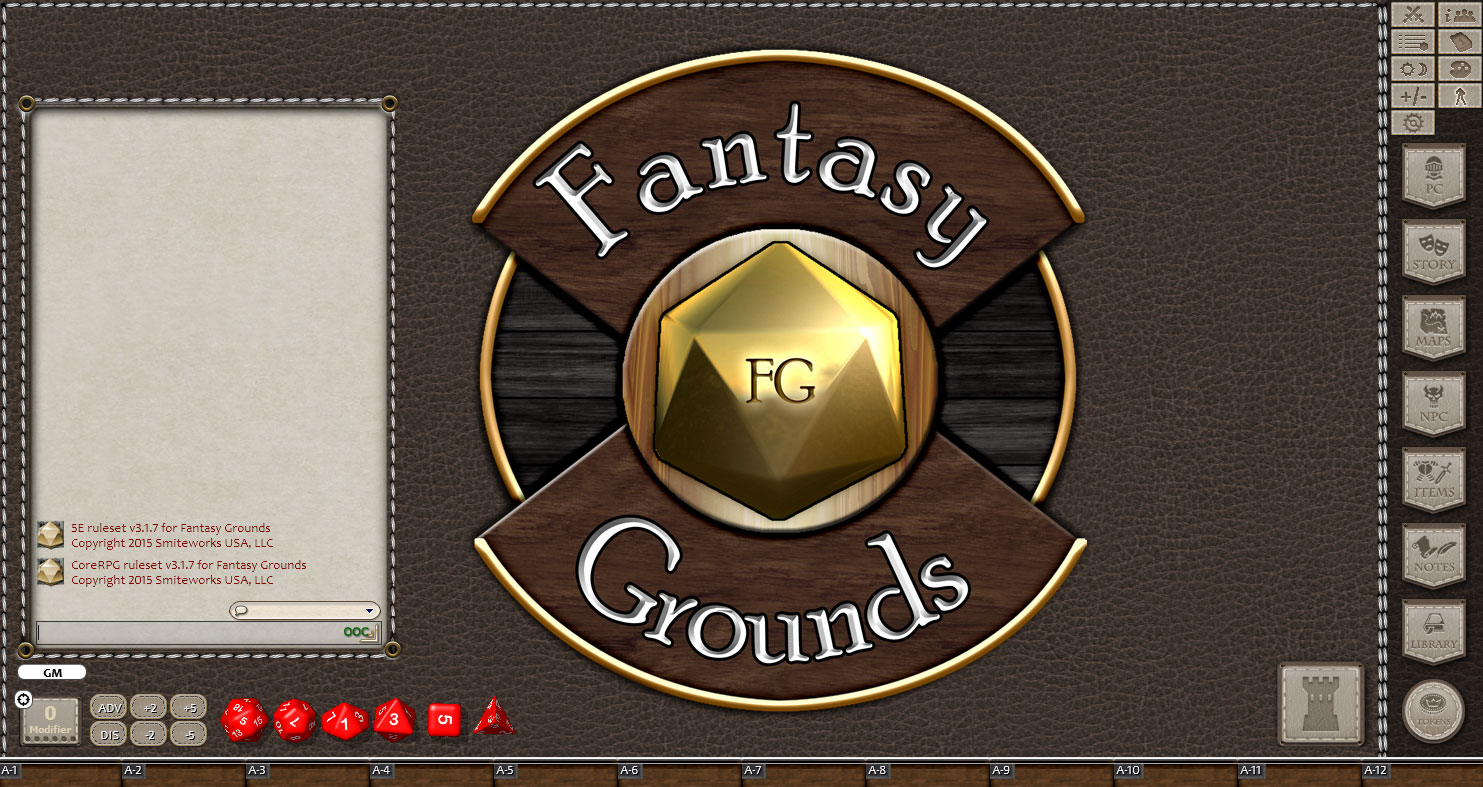 Fantasy Grounds, a popular virtual tabletop, has released data that shows that 70% of their userbase are playing D&D. Where the rest fall in, is surprising.

When we say that D&D is popular, we aren’t messing around. There’s a reason that folks outside of Wizards dabbling in 5E that don’t want to use the ‘world’s greatest roleplaying game’ tagline ‘world’s most famous rpg’ or ‘most popular rpg’ and that’s because if you’re playing tabletop RPGs, odds are good you’re playing D&D. You might have dabbled with Pathfinder, but that’s basically D&D 3.75, and the numbers back that up. Popular virtual tabletop program, Fantasy Grounds, which is home to thousands of gamers has had nearly 700,000 games of 5th Edition in the last year alone, according to user data recently released by the platform. 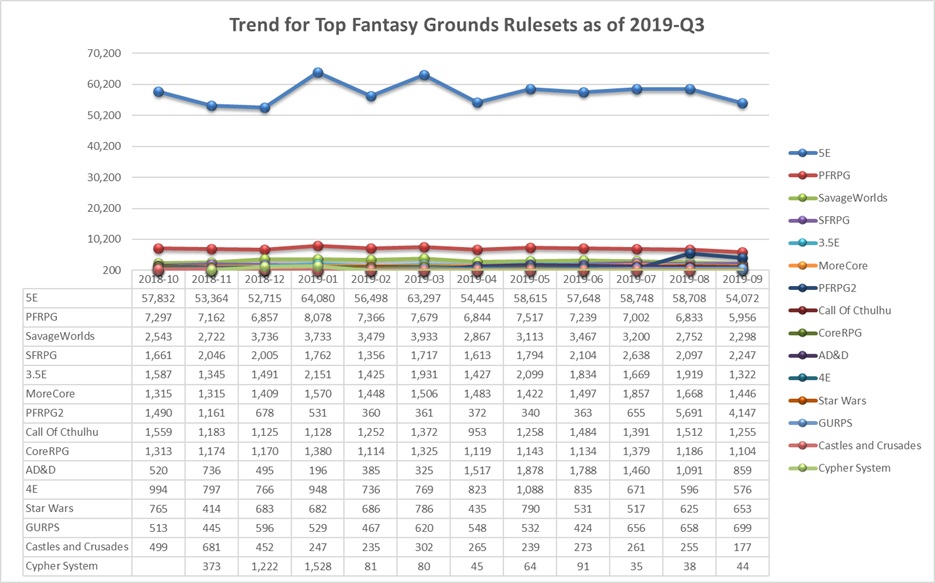 That is not a small number. Now granted, some of those might be placeholder sessions, but the fact remains, hundreds of thousands of games are happening even in just the span of a few months. And it utterly dwarfs (and elfs, and tieflings, and dragonborns) the competition. You can see how far above the rest D&D is. They may as well have Geena Davis, Lori Petty, Madonna, and Rosie O’Donnell because they really are in a league of their own. 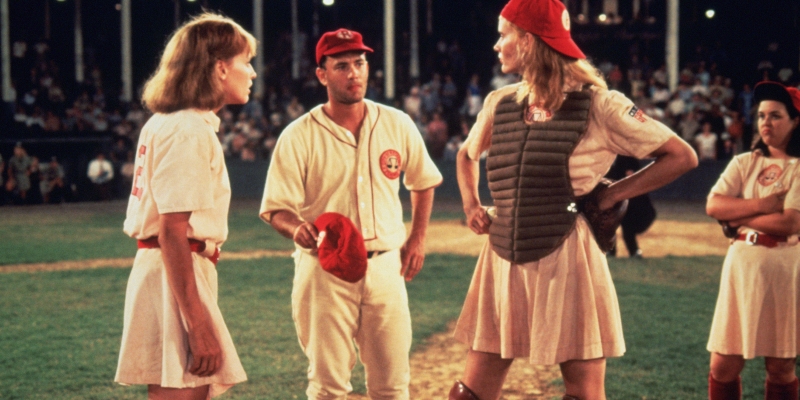 D&D is basically everyone in this shot, and the other RPGS are that blue blur in the left. There was a brief period where Pathfinder beat out D&D, but those days are long gone. What’s really surprising though, is the breakdown of the rest. Here’s a look at what some of the other popular RPGs are right now (again, according to the people using Fantasy Grounds). 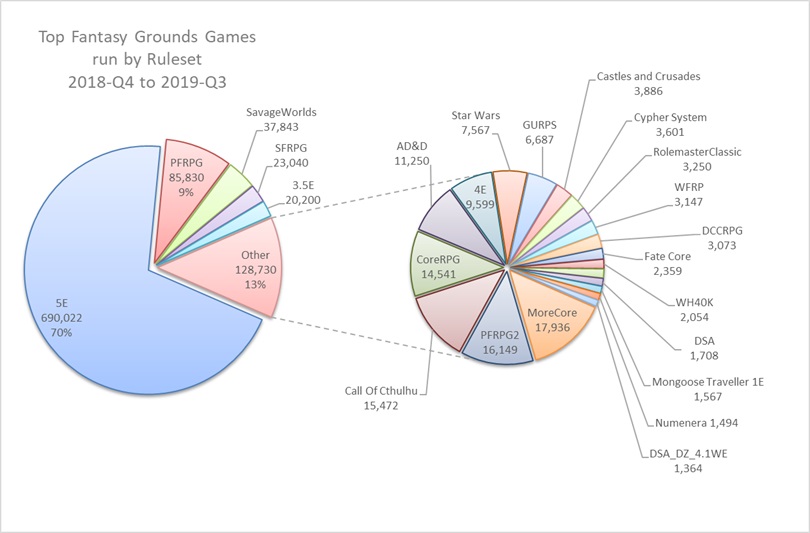 The Pie Chart isn’t much kinder to non-D&D RPGs, but you can see that like the next few games are old familiar faces. Pathfinder is second place–and that’s Pathfinder first edition, though Pathfinder 2nd Edition has quickly climbed up to 6th Place having officially launched just in August of last year, so it’ll be telling to see where we are this time next year. Surprisingly though, Savage Worlds is coming in at a very solid 3rd place, with Starfinder helping to keep Paizo sprinkled throughout the remainder of the pie.

You can see the breakdown of the rest of the games in the other, smaller pie chart, but know that MoreCore is the placeholder for games that don’t have an official system, so whatever people are playing that isn’t officially supported by Fantasy Grounds.

At any rate, D&D is going strong, and has even grown a percentage from their nice total last year, but will they be able to maintain? What do you think?

Author: J.R. Zambrano
Bell of Lost Souls Staff Writer and DM, J.R. covers RPGs of all stripes and on occasion eats sandwiches. You can ask him about either at [email protected]
Advertisement
Dungeons & Dragons Pathfinder RPGs Starfinder Tabletop News
Advertisement

From Tyrannical Dragons To Mad Scientists, There's A Lot Coming Out For D&D 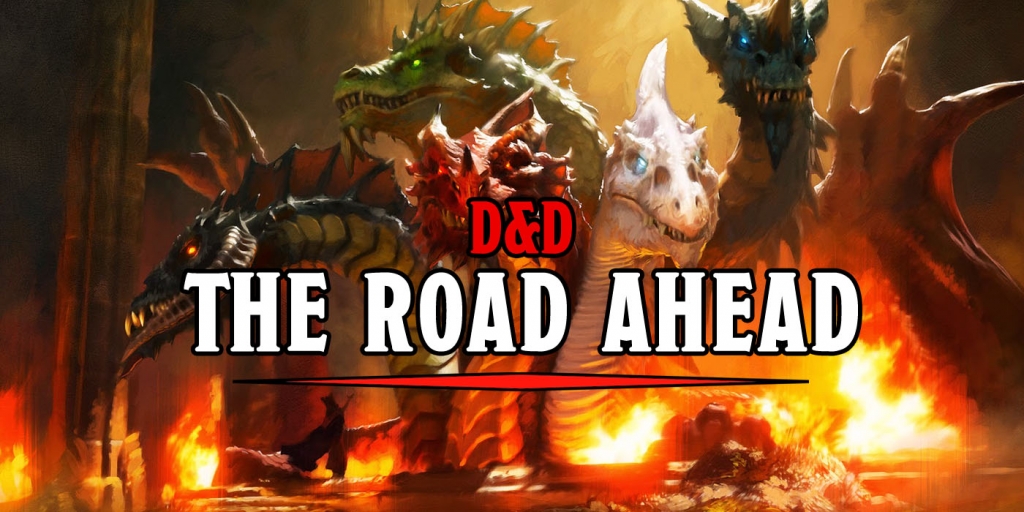