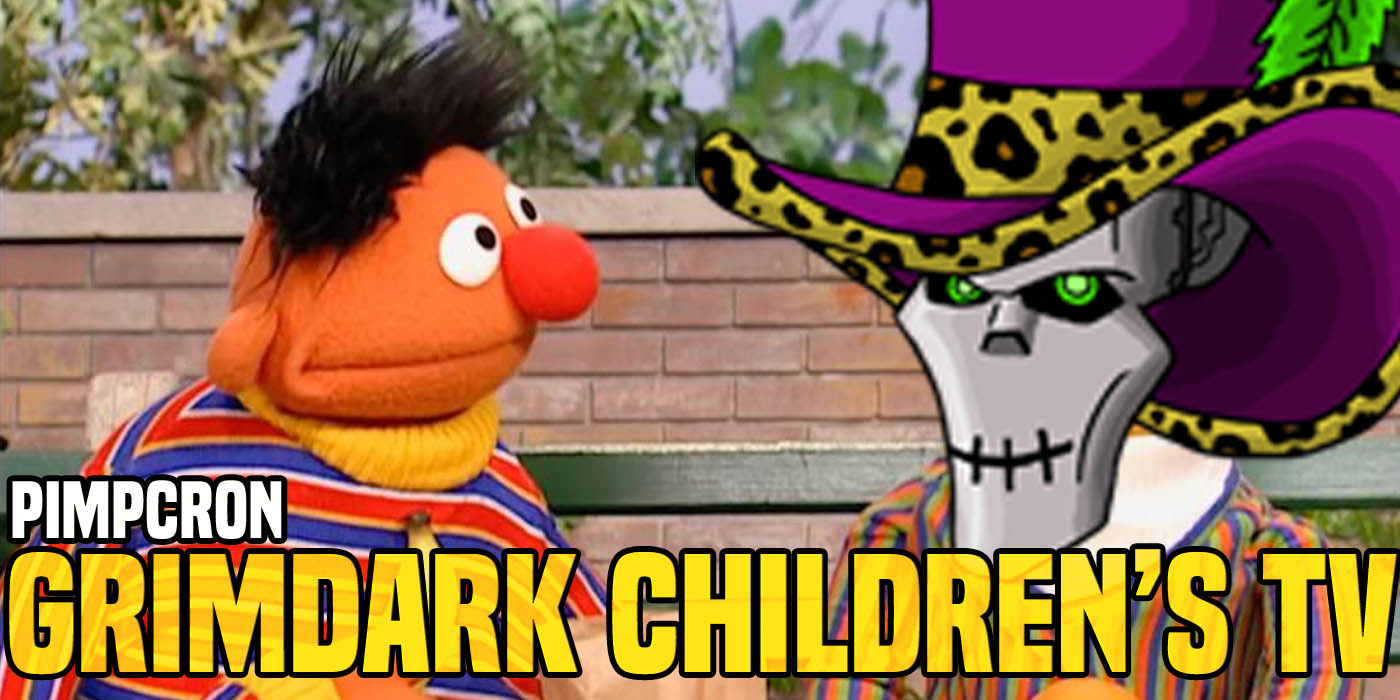 Hey everybody! I just awoke from a fever dream and had to jot down my visions. This is not an unusual thing for me, as my prophecies are eagerly gobbled up by followers. Unfortunately for the lore of my cult, the dreams usually involve either gorging on fast food or Emilia Clarke. The best dreams involve both. Anyway, this dream was a vision into the future of humanity and our children’s programming.

I watched a whole episode in my dream where a cast of colorful puppets are joined by real people to teach kids about numbers, letters, and purging Xenos. Boy did this have a crazy cast. The show takes place on an Imperium Fleet ship where a group of children inexplicably live in one hallway with the puppets. The episode I watched was about the number 7, the letter E, and the dangers of not being bureaucratic.

A human child named Ricky was walking down the hallway when he passes by a trash can. Out pops an ork with a banana peel on his head.

“Oh, Mr. Trashtoofs, you scared me!” exclaims Ricky. The puppet Ork raises a floppy arm held up by a visible wire.

“You’s wants to fight Trashtoofs?” he screams louder than he should. 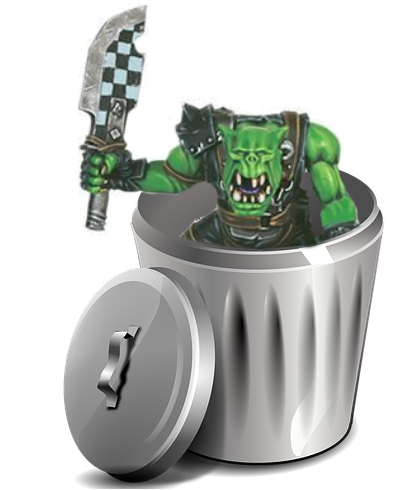 At this point, I assumed that the child would say no because this is a kids show, and they’d go on about how fighting is bad. But using postproduction effects, Ricky’s eyes burned red with the fury of the Emperor. He pulls out a chainsword from, like, nowhere and the ensuing fist fight lasted several minutes. It ended with Ricky shutting the Ork back up in the trash can and putting a cinder block on the lid.

That’s when a friendly adult, Commisar Smiley came in and knelt down beside the little boy. “You’ve made the Emperor proud, Ricky.” says the Commisar before looking directly at the camera, “What do we always say kids?”

“Suffer not the alien to live!” screams a chorus of children, unseen. Smiley pats the little boy’s head and they keep walking.

Sitting in the next corridor, is a fat, disgusting puppet with a gas mask on. He’s dirty and covered in sores. Sitting next to him is an abacus.

“Count Plagus!” the little boy exclaims. The puppet looks up.

“I’ve just developed a new rash and I wanted to count the boils, but counting is always better with a friend!” Plagus points to the patch of disease on his hand before sneezing.

“Well, we can help you Plagus!” The boy yells excitedly.

In the next few minutes, they count seven boils on this puppet’s nasty hand. As soon as they reach the number seven the camera goes bonkers and everyone screams “SEVEN!” because that was the number of the day. The puppet is grateful right before the Commisar blasts him off camera with a fire hose.

Smiley looks at the boy and explains, “Plagus was counting things without a permit; that’s heresy! Do you have a Departmentum Mathematica permit for counting Ricky?”

Ricky pulls a stamped piece of paper from his back pocket and shows it proudly. After a moment of inspection, the Commisar looks concerned. “I’m sorry Ricky, this permit has only been notarized twice. Everybody knows that mathematical permits need to be notarized in triplicate.” The boy only has a moment to look shocked before being washed off stage by the same fire hose.

Commisar Smiley looks at the camera again, “Always have proper permitting kids, or you’ll be like Plagus and Ricky!” 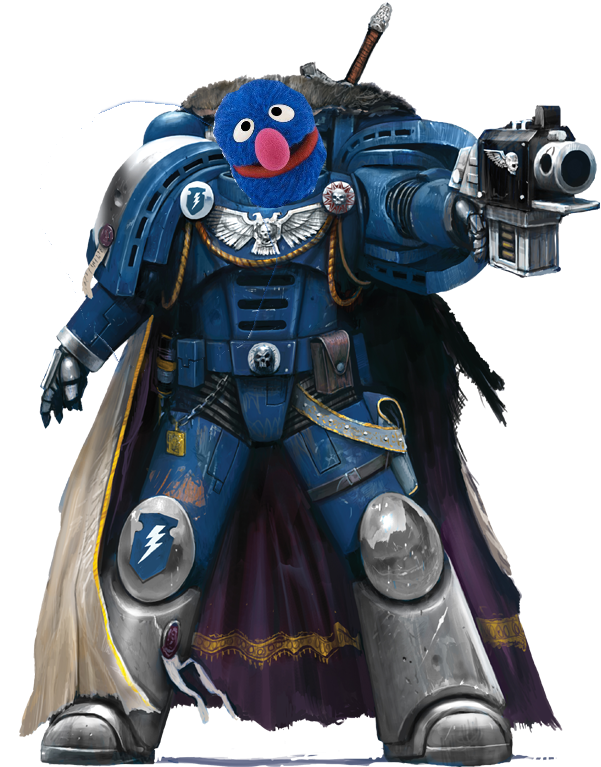 A puppet named Guardswoman Jenny is standing at a table next to a person in a giant, golden double-headed Imperial Eagle costume named Pride. The bird has a very deep voice and has very muscular wings that end in hands for some reason.

Pride waves his hand over the trinkets arranged on the table. “Hey Jenny, do you know what these are?”

Jenny smiles and points to each one as she names them, “A bar of soap, a toothbrush, a roll of packaging tape, and a lighter!” she says while smiling at the camera.

“Have you ever been caught in a Tyranid invasion Jenny?”

“Well, let’s assume you’ve been cut off from your platoon and you’ve lost your lasgun. You’ll need to fashion a weapon using household objects! The average Gaurdsperson only lives ten minutes on the battlefield, so you’ve got to make your ten minutes count for the Imperium!”

That segment went pretty much like you think it would, but I won’t go into the testing phase with the puppet Bloodletter named ‘Letter’.

This segment got really preachy. Apparently every episode they only cover the letter E and spend the last ten minutes with a puppet Ecclesiarch priest leading the audience in prayer and the E stands for Emperor. I kind of zoned out at that point.

What else would you find in a show like this? 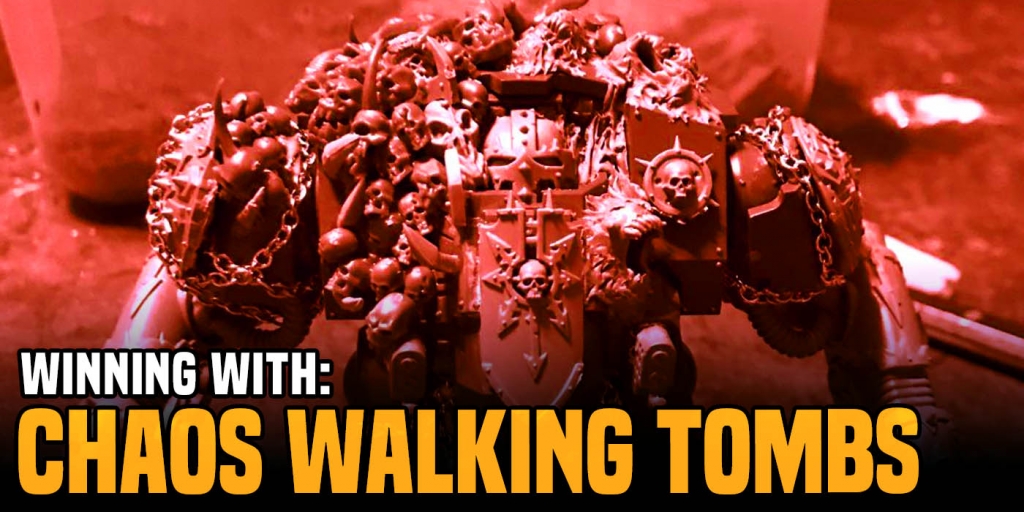