The Blood of the Phoenix is coming, bringing build-your-own Aeldari Craftworlds and more to the table. Here’s what the designers have to say.

Big things are coming for the Aeldari with both Phoenix Rising and Blood of the Phoenix bringing you some updated models, new storylines, and some sweet new rules. Including the rules for designing your own Aeldari Craftworld (just like building your own Space Marine Successor Chapter). To help give an insight into the bigger picture, some of the designers of the new future of the Aeldari have sat down to talk about how the rules work and where they hope it goes. You can check out the video below:

And it’s not just craftworlds–though that’s the part that has many Aeldari fans ready to express how their version of Aeldari society is somehow less horrible than the rest of Aeldari society (not hard to do) and distinguishing what flavor of arrogant their Farseers are: haughty and unable to admit they’re wrong; convinced of aeldari superiority and unable to see how the other species in the galaxy; or just kind of jerks in general.

But beyond craftworlds, we get a look at how Jain Zar and Drazhar are going to work. Jain Zar is a lot more aggressive and attack-y. Borrowing from recent design decisions, Jain Zar can attack more people than you’d expect, while Drazhar gets to fight multiple times throughout the fight phase. 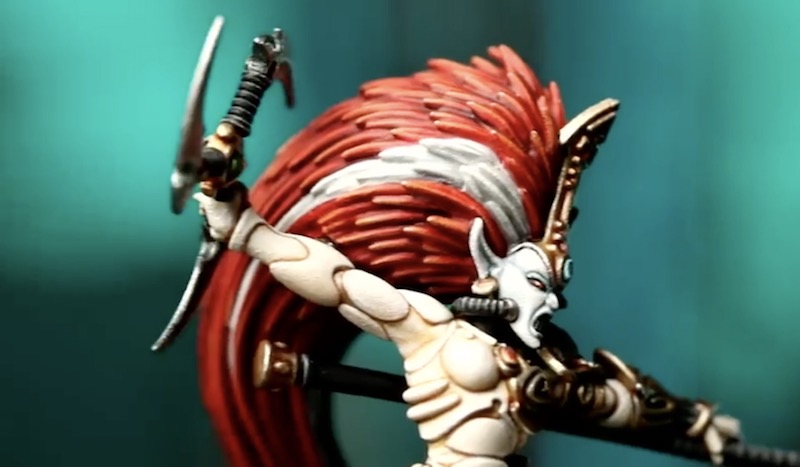 Speaking of these two heroes, don’t forget to check out these two on the sprue: 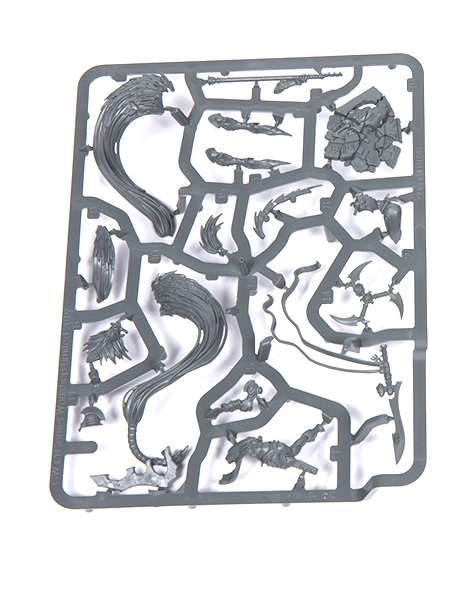 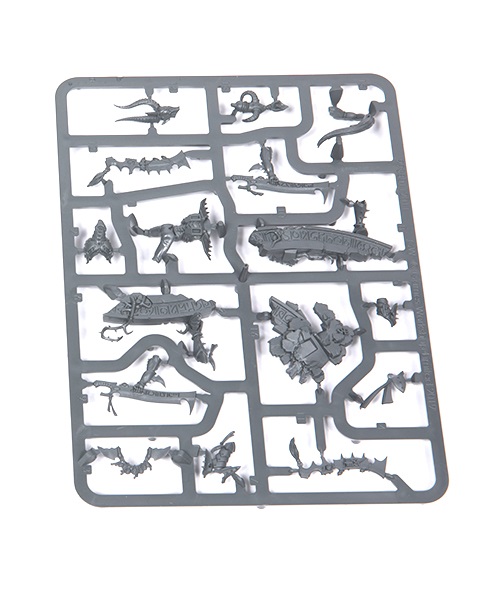 …whose base is more chopped than a 2000’s-era house remix. But whatever you choose, it’s certainly just a matter of time before the new units become available individually. So whether you’re looing to hop all the way in to Blood of the Phoenix or are just hearing the clarion, alarm-clock like call of the Psychic Awakening, there’s plenty to start diving into.