Games Workshop has released a pair of Erratas for the Iron Hands and Raven Guard – let’s see if they answered everyone’s burning questions!

The Iron Hands have been tearing-up the meta since their book dropped. The Raven Guard…not as much. Either folks don’t like painting White and Black vs White and Metal or maybe their rules make one better than the other. I’ll let you decide. Anyhow, GW dropped an Errata for both today and folks were hoping that those would answers a few questions about how things were supposed to work. Get ready for a shock. 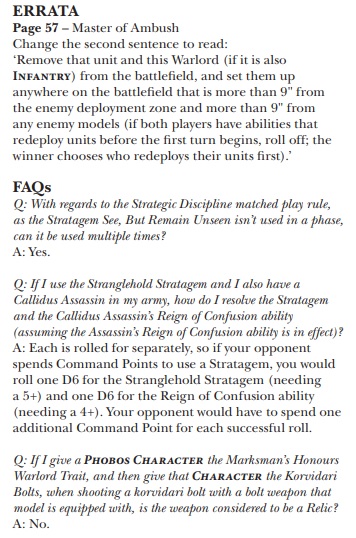 That’s it for the Raven Guard. The clarification on interaction between stratagems Stranglehold and Reign of Confusion is also interesting. It could be a way to help stop Stratagems from activating and at this point in the game I’d be okay with even more of these types of things in the game. Everyone should have Access to Counter-stratagem stratagems – but that’s another topic. 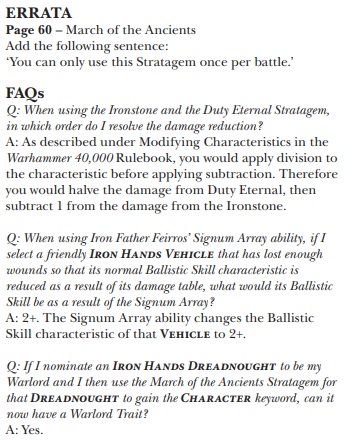 And that’s pretty much the entire Errata and FAQ for the Iron Hands as well. Signum Array is just as great as the rule says!

I know what you’re probably thinking – “That’s it?” and the answer is “Yes – that IS it.” There aren’t any more rules changes or clarifications for these two supplements. The Iron Hands are working as intended and everything is fine. 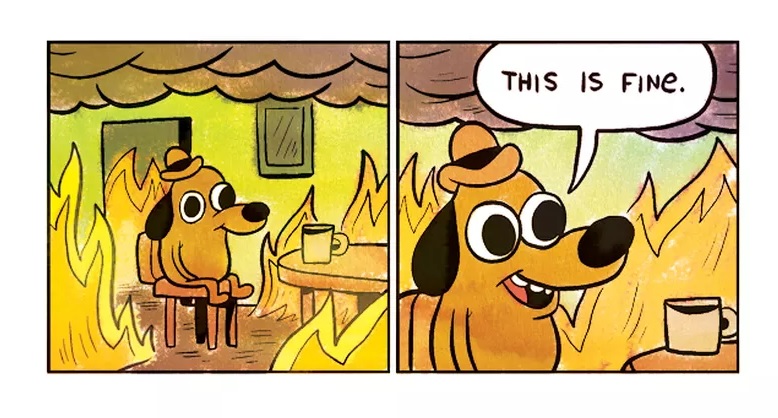 The Raven Guard managed to dodge any kind of nerfs heading their way and are sure to be on top of the meta in no time! Although, they are so sneaky you might not even see them there. And I’m sure the Iron Hands didn’t need to be toned down at all and they are just popular right now because of their awesome paint scheme, right? Yep. Nothing to see here. Enjoy those FAQs!

“This new book has been an awesome recruitment tool!”

*Update: Apparently GW uploaded a second version of the Iron Hands FAQ. It’s longer now and has more to it: 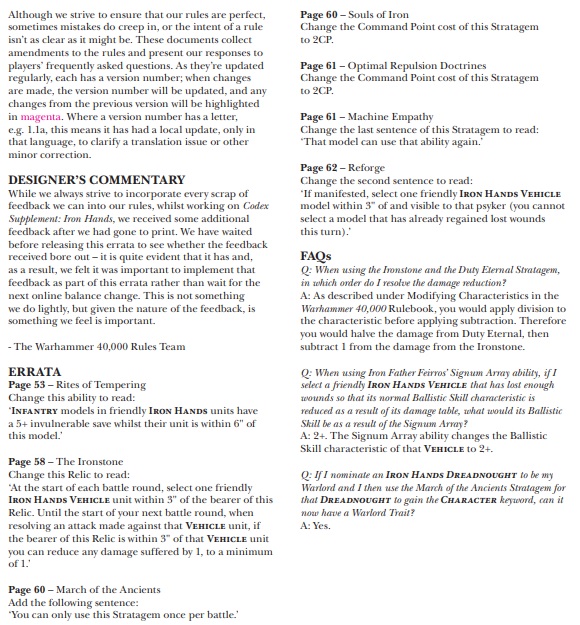 Okay – that’s more like it. We are going to check back to see if the Raven Guard are also getting the same “updated” treatment. The Link above has been updated as well.

What do you think of the (lack of) changes in the Errata/FAQ? Do you think GW had a tick-up in Abaddon Black Paint sales this quarter? 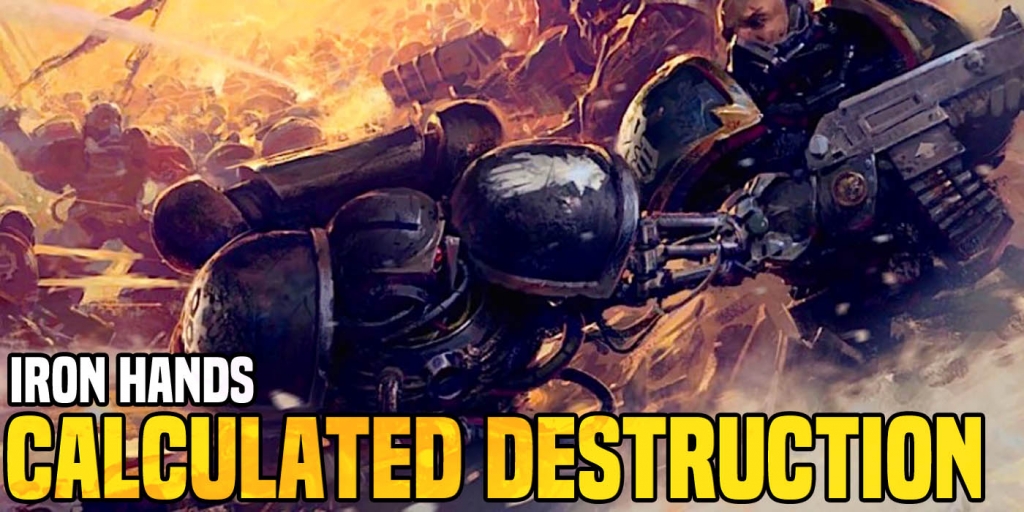