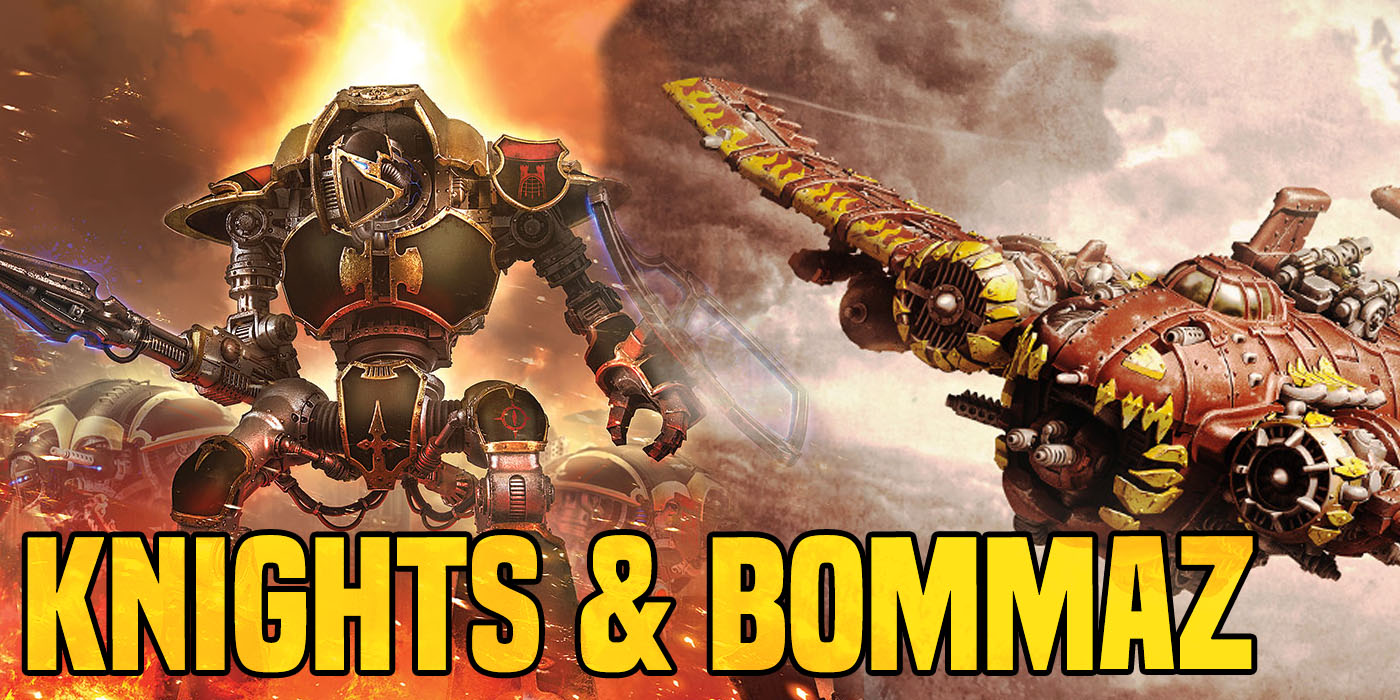 Adeptus Titanicus and Aeronautica are both getting some new models in the next week. Today we’re taking a closer look at what’s coming.

The time has come, friends, to talk about the upcoming releases for Adeptus Titanicus and Aeronautica Imperialis. And that means taking a look at the new, tiny ‘eavy bommerz and the upgrade sprue that’s bristling with new weapons for knights questoris. We’ll start with Adeptus Titanicus, which is doubling down on Knights right now, playing off of the rules introduced in the Doom of Molech that let you field an entire Adeptus Titanicus army made up of nothing but Knights. 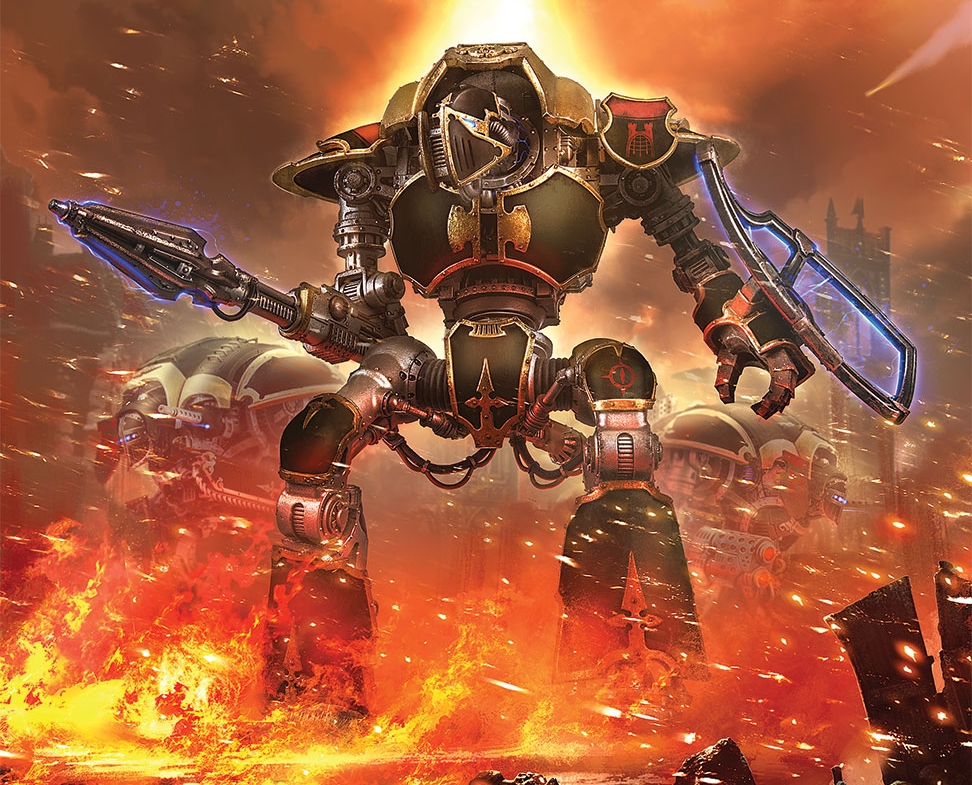 Now typically Knights are a supplemental force, meant to complement the massive titans that give the game its name. But running with a Knight Household army instead you give up some of the massive resilience of the titans in exchange for a much more even distribution of firepower. And a great deal more mobility. When running a Banner, you’ll have the best chance of outflanking your enemy, and if your knights can get in, they can bring some of the new firepower to bear up close and personal. 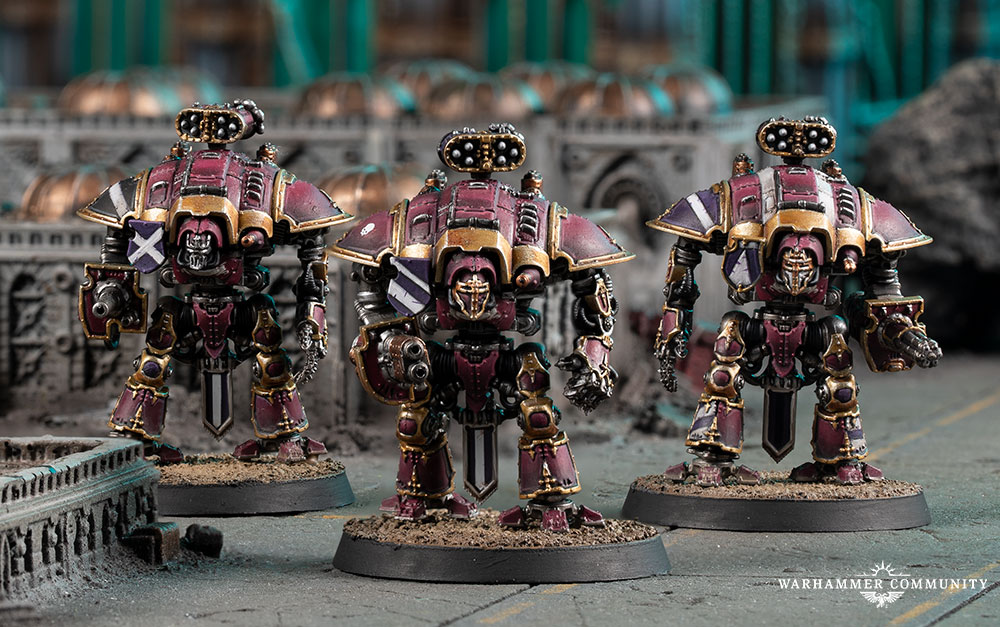 The tradeoff is that Knights will get swatted like flies if they’re caught unawares. Here’s a little more about how you can get started running your own Banners. 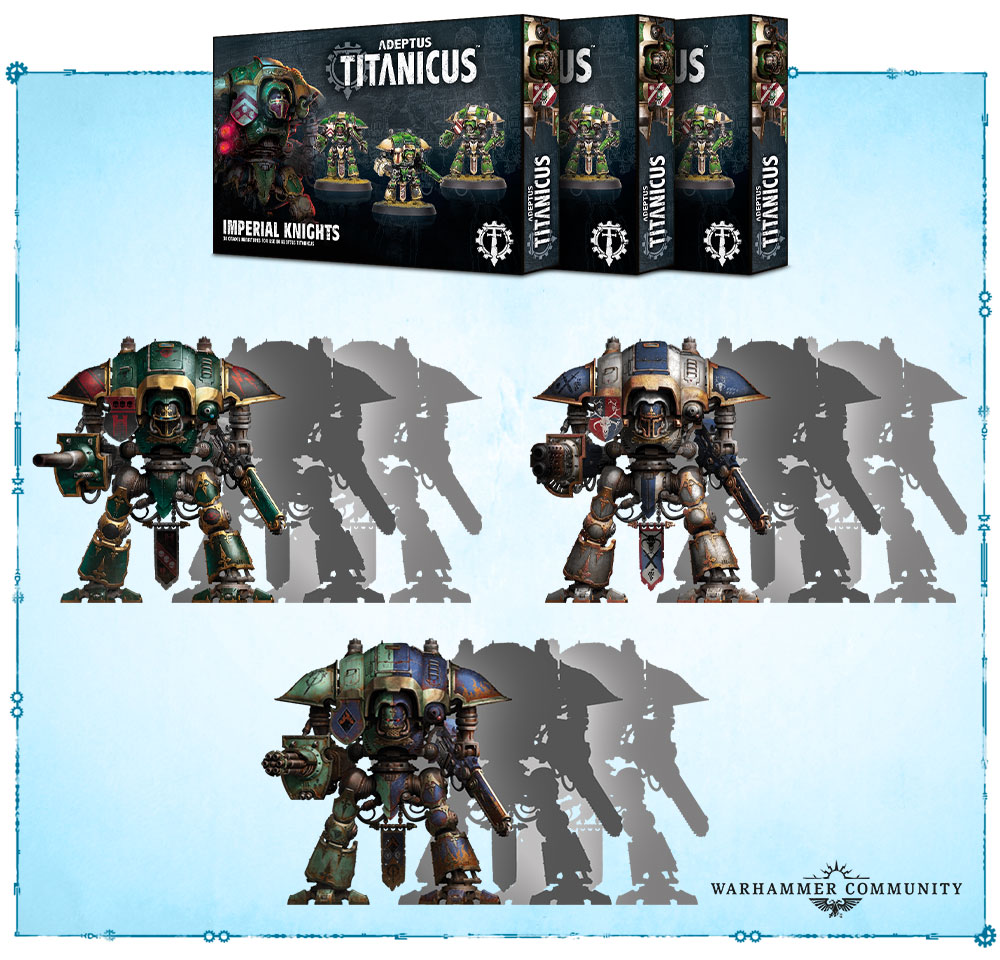 Knight Household forces are made up of Banners (that’s squads) of Knights. These banners are then organised into threes, known as a Lance. Every model in a banner must have the same weapons (excluding extras like the Stormspear rocket pod and meltaguns), and at least two banners in a lance must be made up of the same class of Knight. Don’t worry if this sounds complex – in practice, starting your collection is simple. Just grab three sets of Questoris Knights, then arm each with the same weapon – so three with Avenger gatling cannons, three with rapid-fire battle cannons and three with thermal lances. 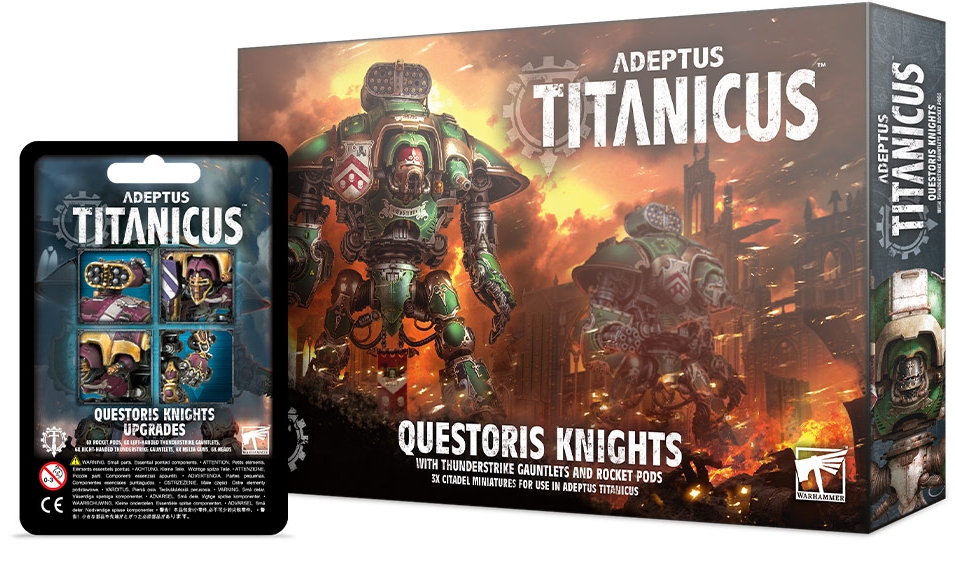 The new Questoris Upgrades will give you access to some powerful weapons, including stormspear rocket pods for some longer range, shieldbreaking power and thunderstrike gauntlets to take advantage of your high speed by giving it a bit of punch. Which is good, because Knights have numbers…but they’ll need more than that if they’re going to take down Titans. 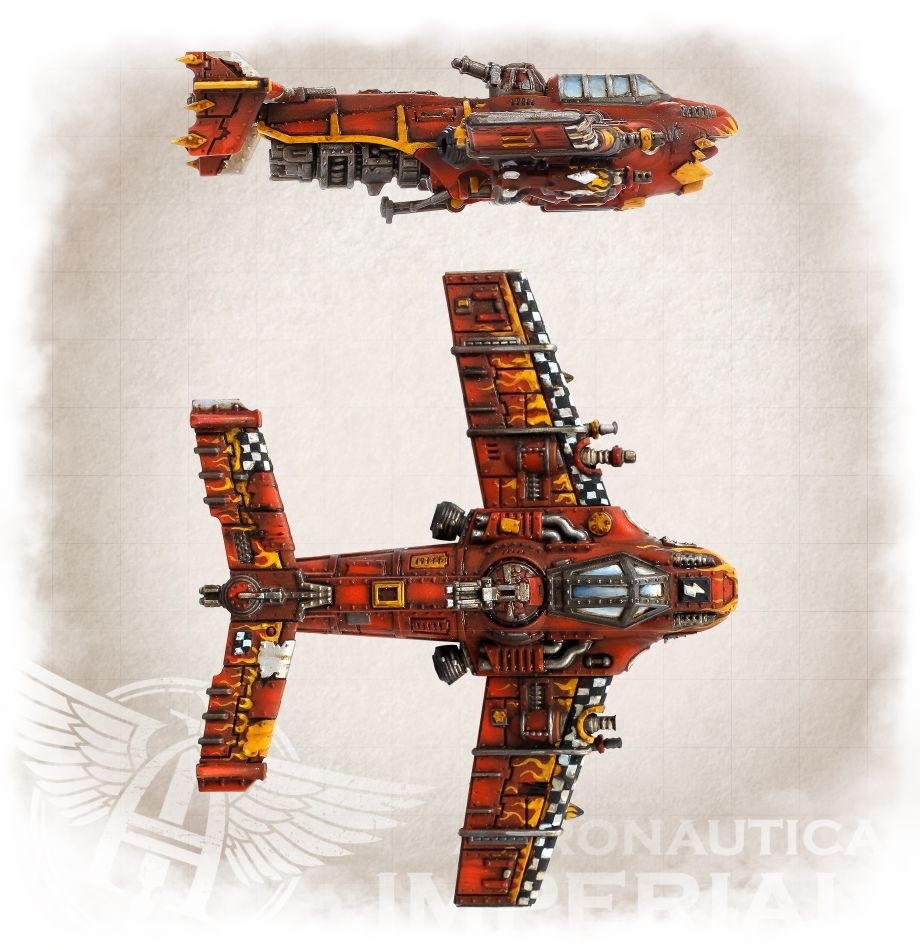 Then we head over to Aeronautica Imperialis to take a look at the new ‘eavy bommerz.

To start with, each bommer can take bombs as extra weapons, but an ‘eavy bommer can add up to three sets of smaller bombs or two pairs of big bombs to keep your bombing up for up to four rounds while still also firing the considerable main armament the bommerz come equipped with: at level Altitude and close range it can dish out up to 7 Firepower to the front arc, 9 to each side, and even 3 to the rear. The turrets and big shootas also provide reliable mid-range firepower with 4 to the front, 5 to the sides or 2 to the rear. 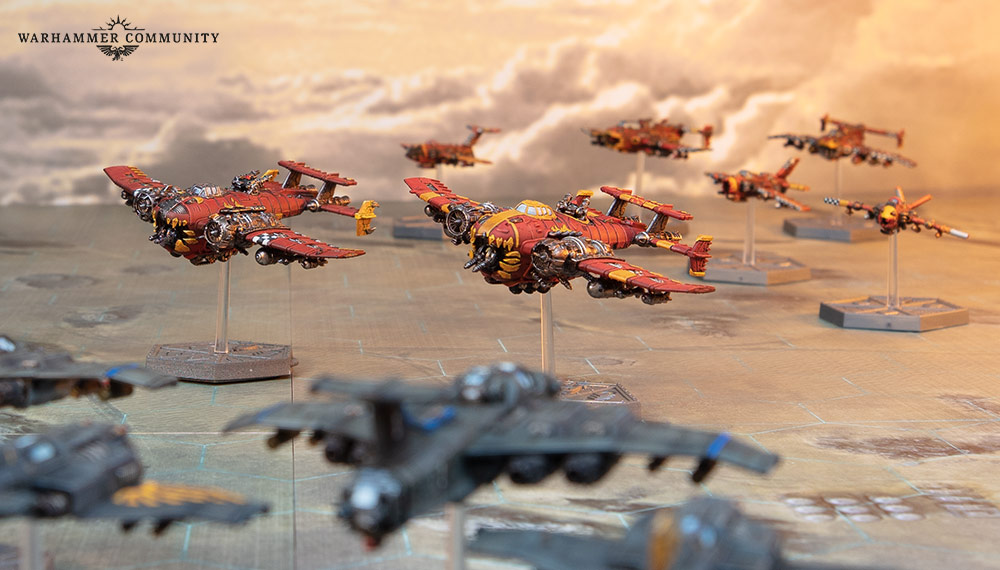 Add to that the inherent toughness and transport capacity that make them fitted out for most missions you’ll come up against, and you’ve got a recipe for a beast of a machine. Although they are slow and will need escorts to keep them protected. But there’s no defense against a bucket of dice, and that’s basically what these are, with wings strapped to ’em.