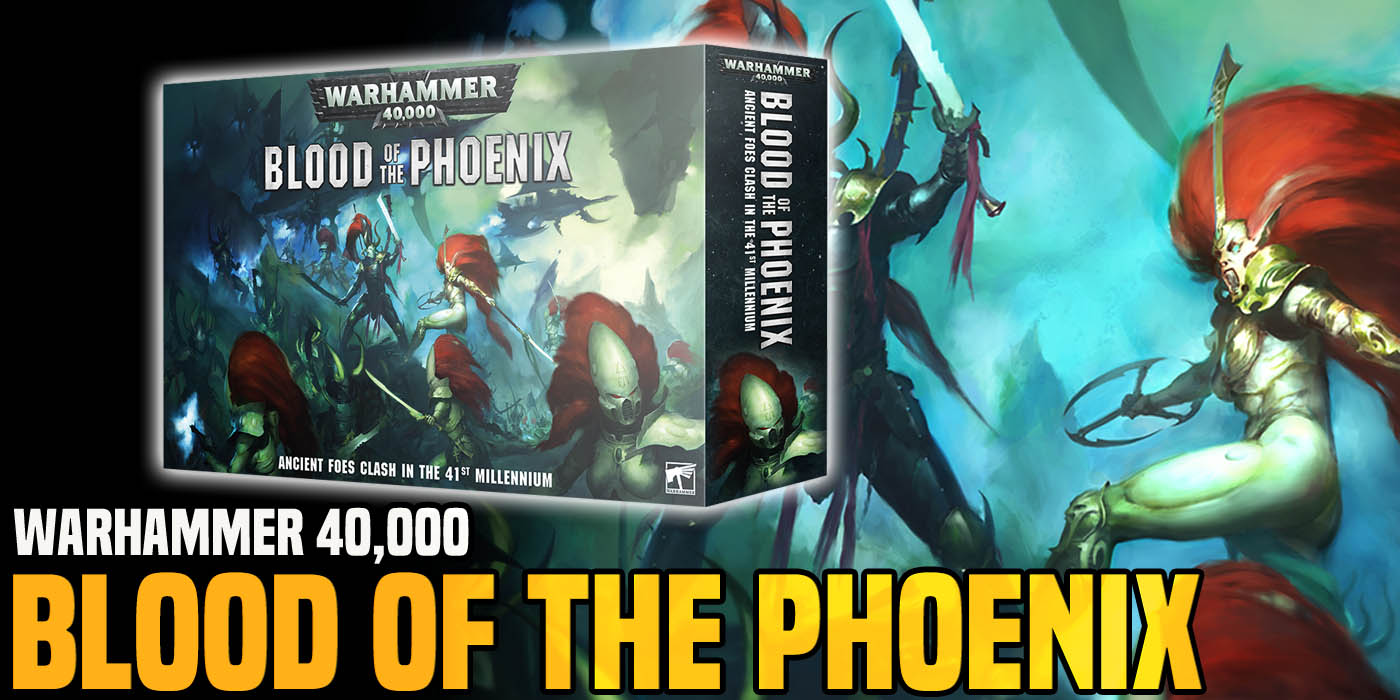 Games Workshop has a new Battle Box for the Aeldari – and it’s packed with older classics and the new hotness! Let’s look inside.

Blood of the Phoenix has a handful of new models including Jain Zar, Howling Banshees, Drazhar, and new Incubi – and some old classics too:

It’s ALL In The Box! 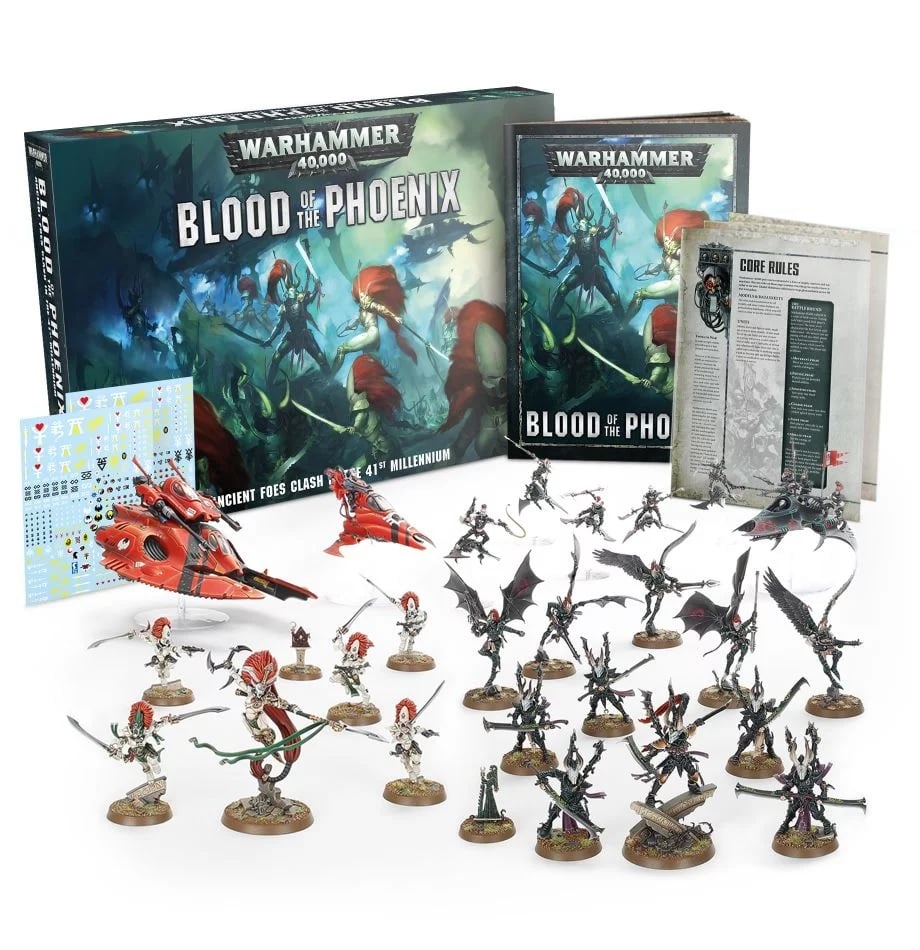 Now, I’ve already done a Pricing Breakdown post for this box. It’s well over $300 in miniatures crammed into this box. Is that worth the $230 price point? Well, value vs price are two different things. I can tell you objectively, that it IS a discount vs the MSRP of these models individually. Is that a value? That depends on if you want these models or not – and that’s a very individual thing. 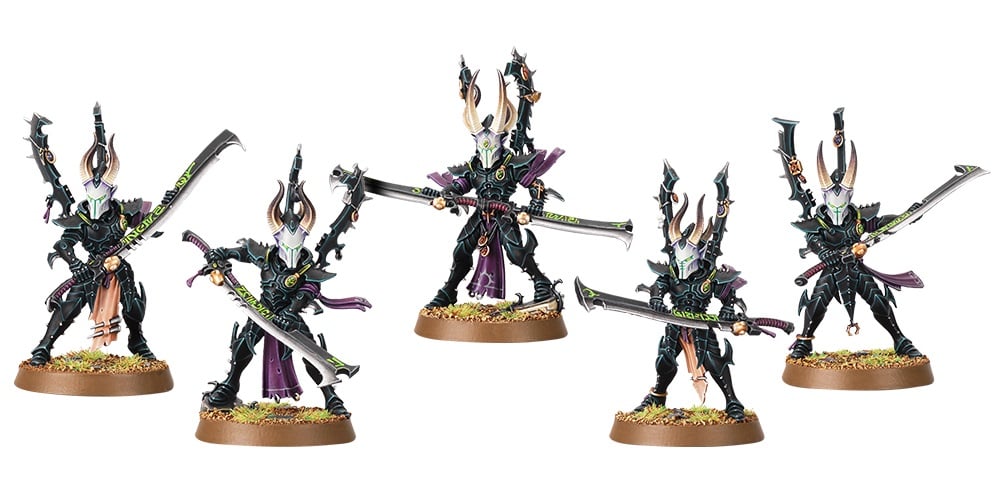 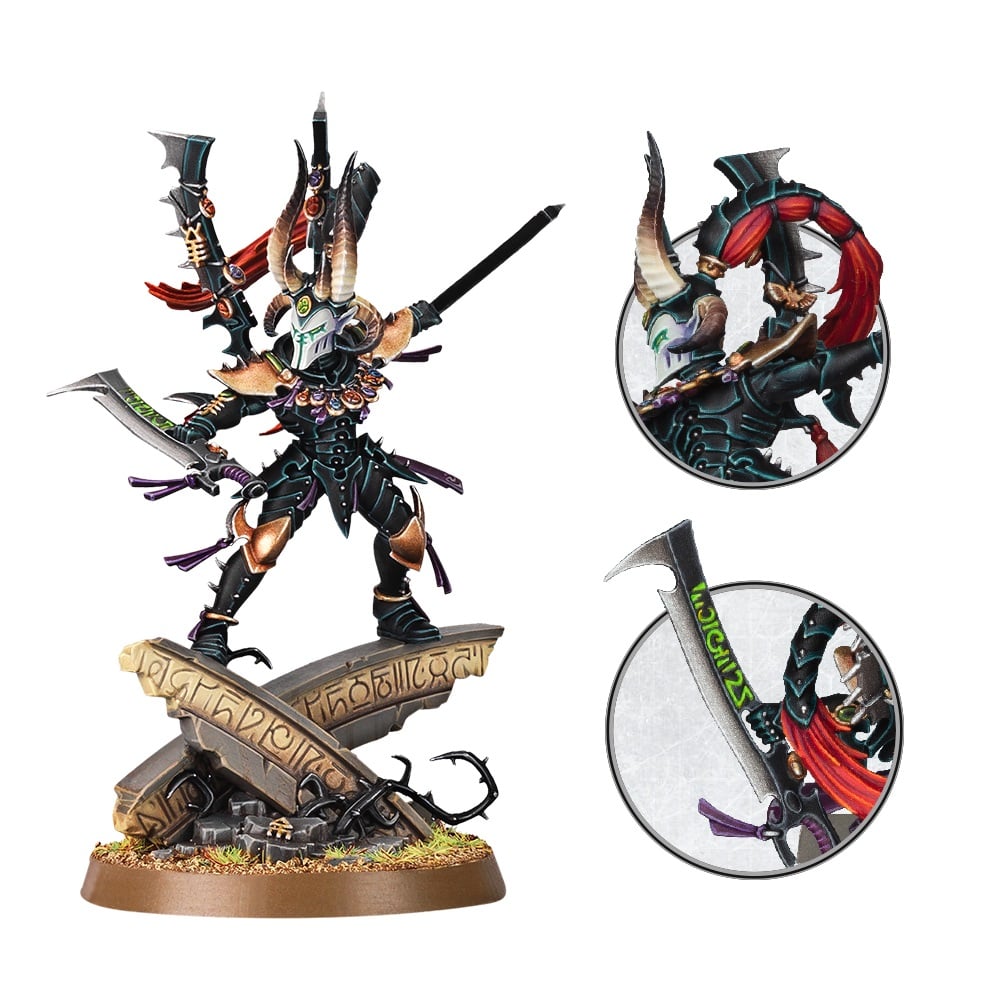 Having seen the rest of the box, the campaign book is interesting as it does fill in some of the “story so far” for the Aeldari. I won’t go into too much detail but Drazhar is on the hunt and Jain Zar is basically trying to stop him. There are other things going on, but that’s really all you need to know as to why these two are fighting. It’s covered in other detail in the new Phoenix Rising book as well. 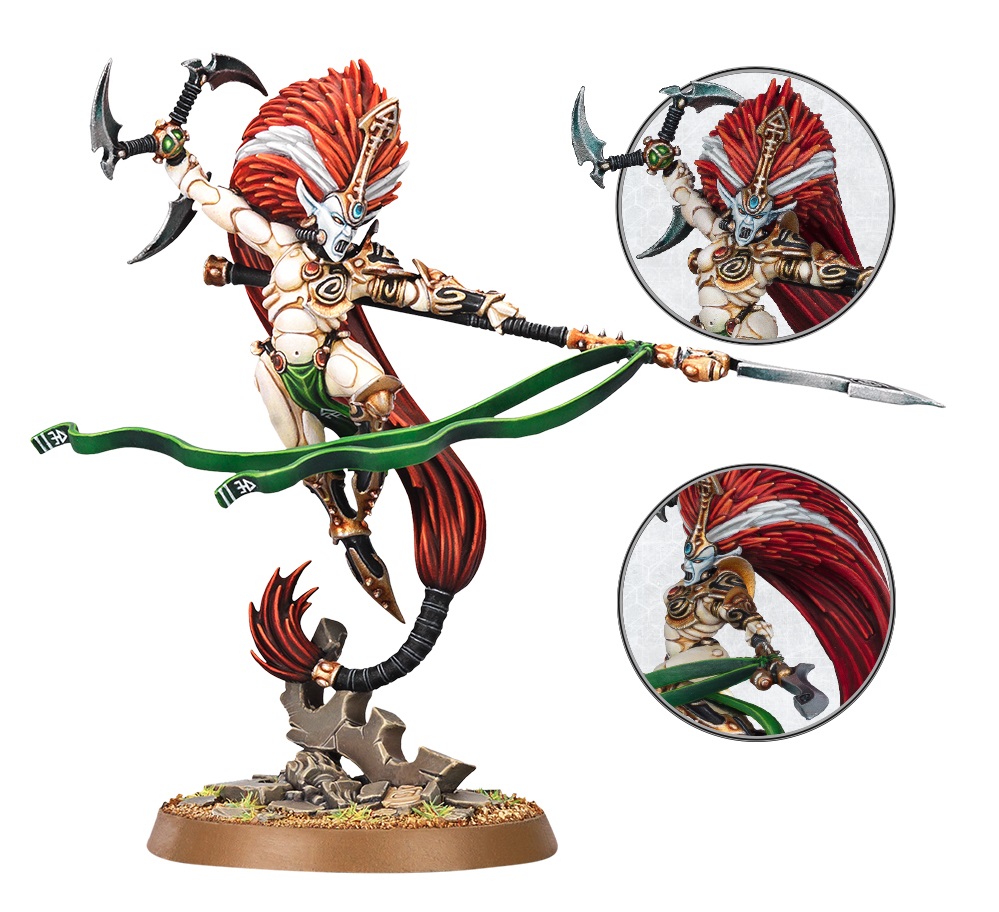 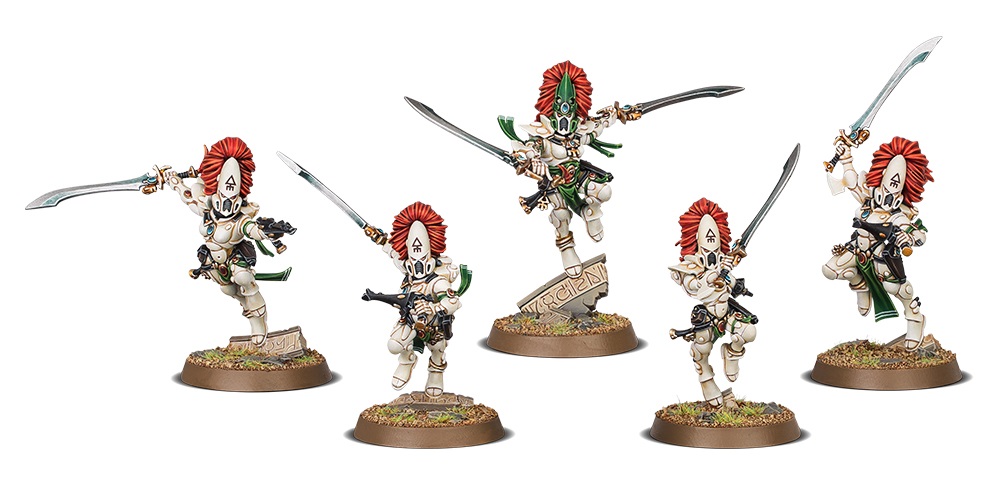 One of the neat things about this box is that it’s one of the few battle boxes you can purchase from GW where you basically get an entire army for one faction. Sure, that faction is Ynnari – but you can build a single army from all the contents of this box which is kind of nice. Or you could break it in half and have two starter armies for both the Craftworld and Drukhari. 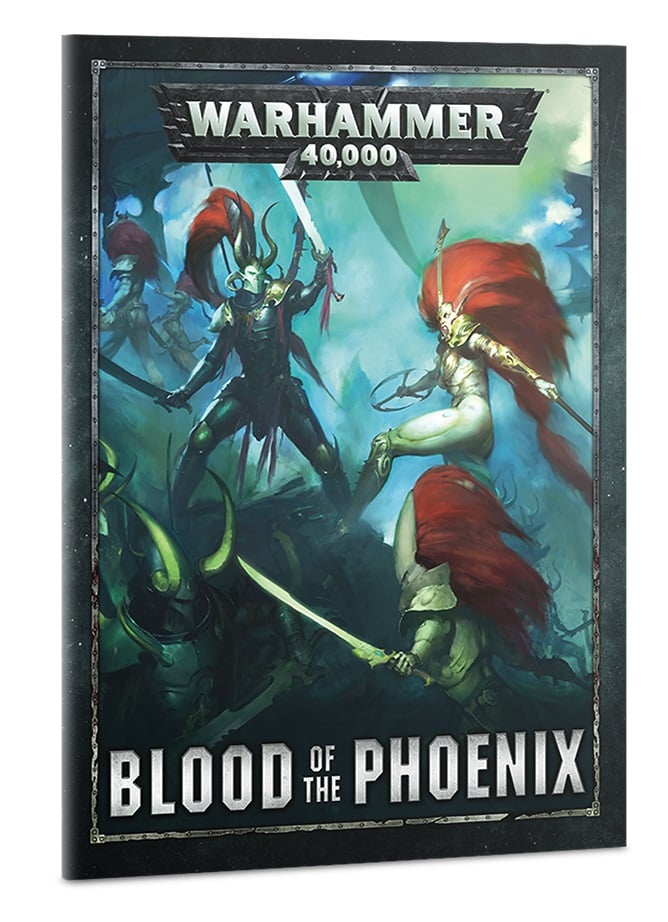 Personally, I’m just wondering how long it will be before we see the new models in their own releases. That’s essentially 4 new boxes worth of releases rolled into one. And we’ve also heard that this one isn’t going to get a reprint. So if you want first crack at these models, you better order while you can. Or you’ll be waiting like the rest of us…

Blood of the Phoenix is up for Pre-order this weekend.

Author: Adam Harrison
Writer, Editor, Texas Native, and Austinite for 15+ years, Adam covers all things Tabletop Gaming. Which includes Warhammer 40,000, Age of Sigmar, D&D, Board Games and everything else that involves dice, boards, cards and a table. A hobbyist, player, and collector of miniatures and games, Adam's current obsession are his Death Armies for Age of Sigmar, his Blood Angels and Tyranids for 40k, and his ever growing Arkham Horror: The Card Game Collection.
Advertisement
Dark Eldar - Drukhari Eldar Games Workshop Miniatures Rules Tabletop News Unboxing Videos Warhammer 40k
Advertisement

Goatboy's 40K: Can You Win With Chaos Bikers? 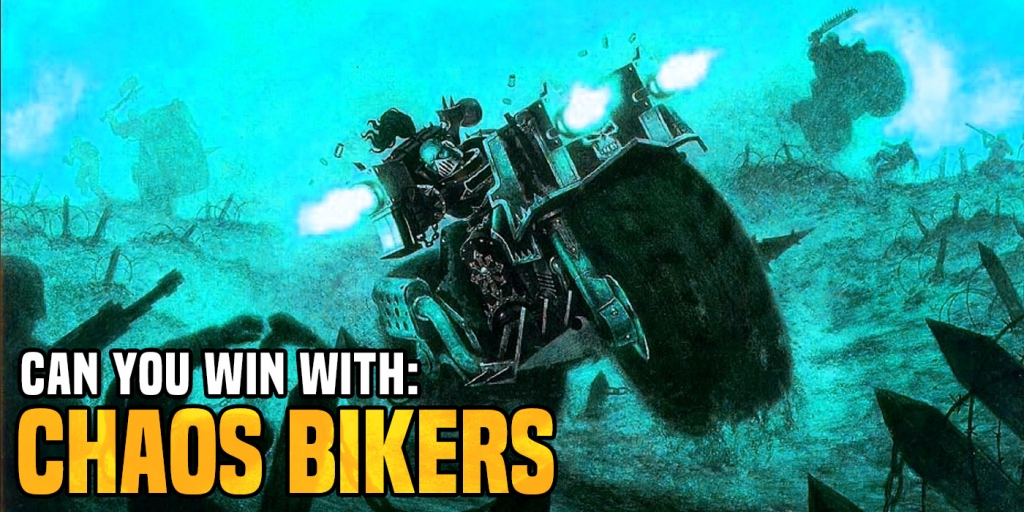