Corpse Grinder Cultists – A Closer Look At The Fresh Meat 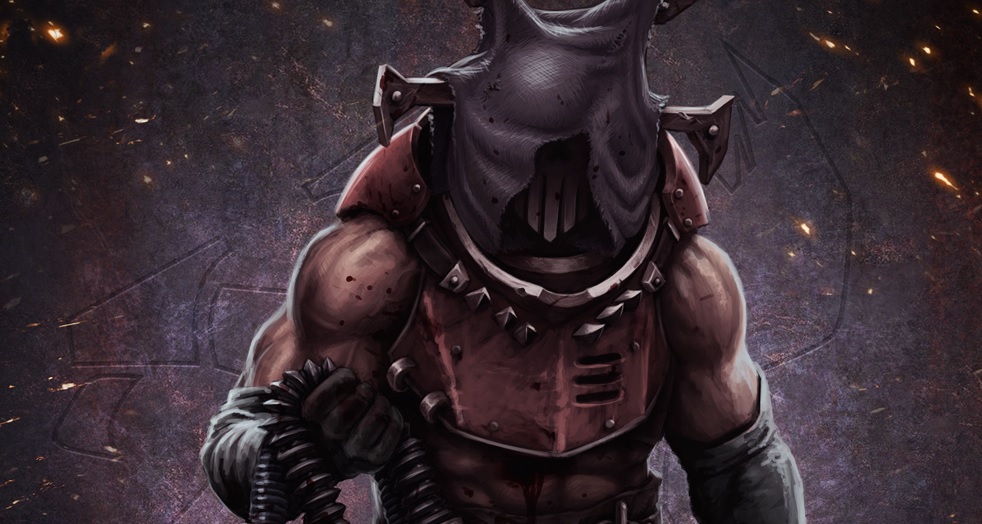 Games Workshop shows off the new cultists and their creepy new models. Check out the Corpse Grinder Cultists!

These guys are upping the creep-factor for Necromunda. The Corpse Grinder Cult is coming to a tabletop near you and they looking to carve-up more than just territory.

The Mercator Pallidus (better known as the Corpse Guilds) are responsible for feeding the populace of Necromunda – they take the bodies of the dead, render them down into refined protein and it’s this corpse-starch that keeps the underhive alive. But this is gruesome work – for those who carve up the carcasses and throw the parts into industrial grinders, madness is a constant risk.

Yep. You read that right. These guys are the ones who make the corpse-starch aka “not soylent green” for the citizens of the Underhive to eat. That already explains a few things. Anyhow, let’s take a closer look at these new models! 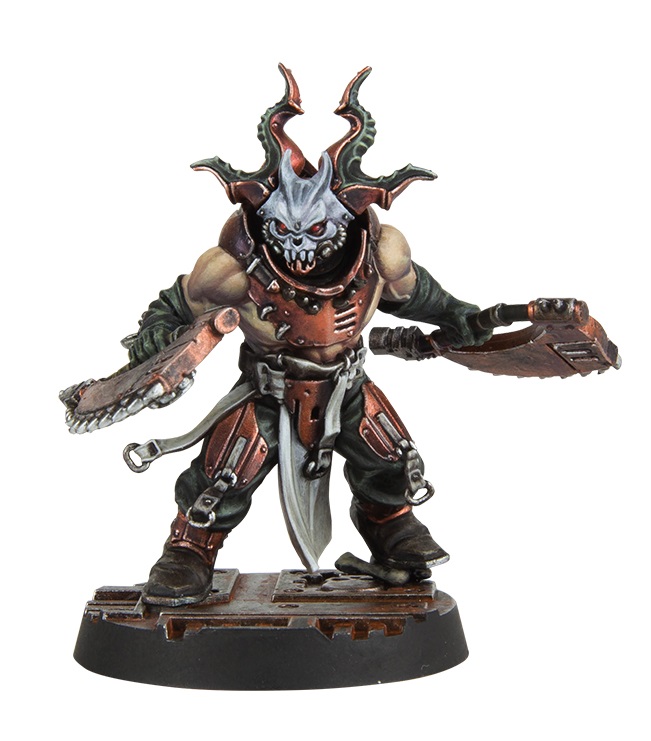 Butchers are the gang leaders. They have a proclivity for close-combat and are ready to get dirty with their cleavers and boning swords. Stat-wise, they are also some of the best close-combat fighters the Underhive has ever produced: 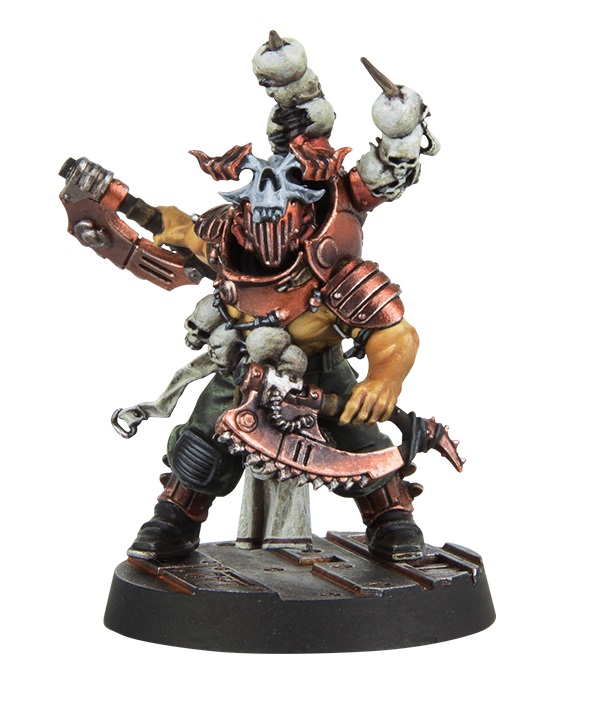 Cutters are basically your Gang Champions. What really make them stand out is their crazy Cutter’s Mask. It provides them with a +1 armor save and also makes them Terrifying: 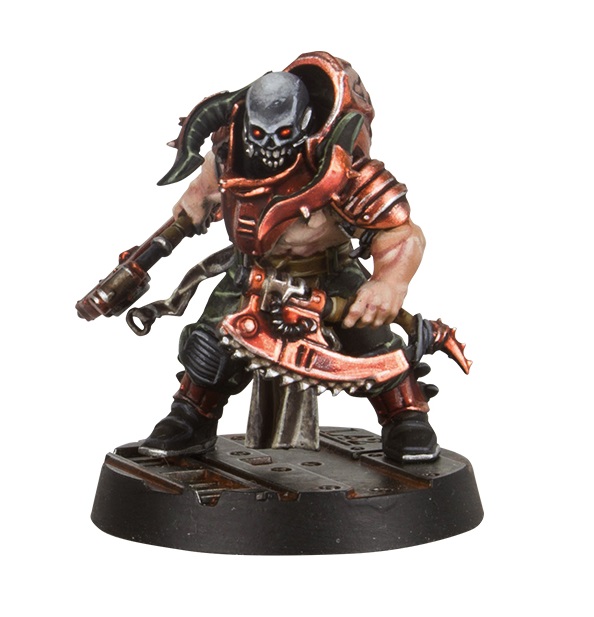 Skinners are your “normal” ganger equivalents. They prefer close combat with their 3+ WS and the Berserker special rules: 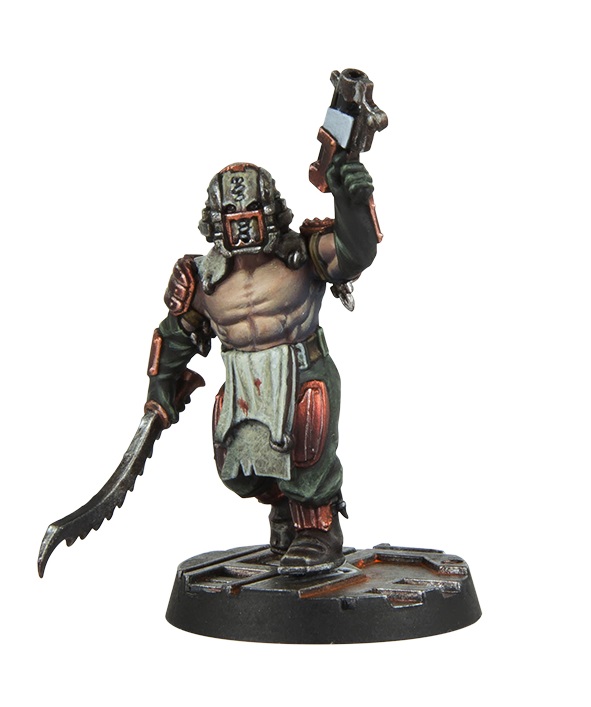 Initiates are the new gangers in the crew – aka the juves. I feel like they could have had a more thematic name besides Initiate like Fresh Meat. Or even a “Hacker” which is what you call a butcher who isn’t a very good meat cutter (hey, we all start somewhere). Anyhow, they do have one advantage over their seniors: They can take pistols. With the Infiltrate skill, they can get into position and open fire which will hopefully buy the rest of your gang some time to get in close and do the butchers work. 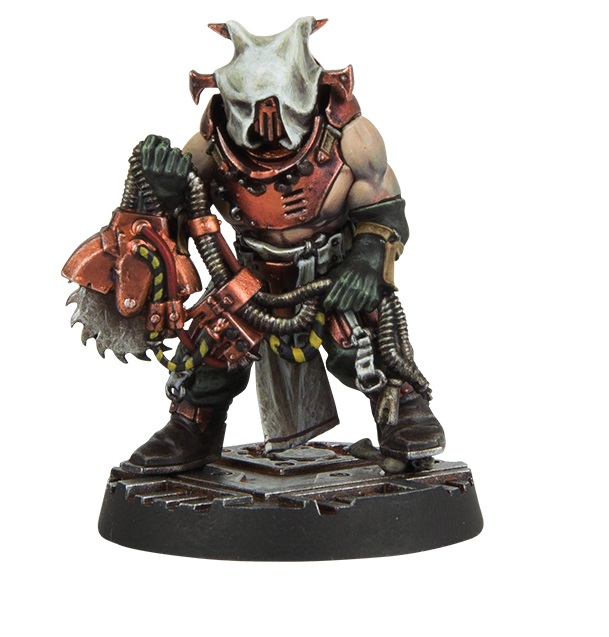 If you can’t tell by now, the Corpse Grinder Cult is going to approach combat from a slightly different angle. They also have some unique tools to help them cut through the tougher parts of the enemy. For starters, they have the Rotary Flensing Saw which is as brutal as it sounds:

Another fighter can also take the Cult Icon which allows them to perform the Enrange action: 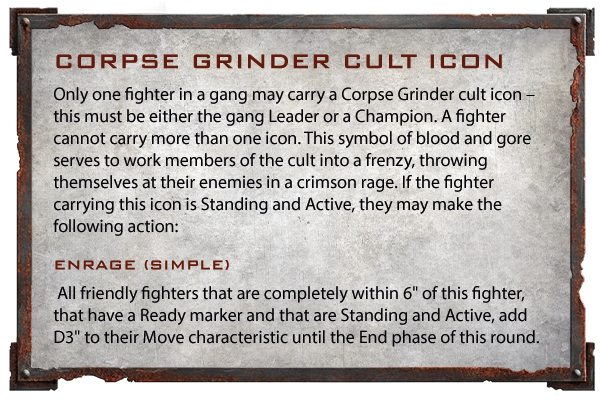 Ruleswise, they certainly seem like a mean gang. And model wise they also seem quite brutal. I can’t wait to see how the community paints these guys up. I have a feeling that Khorne Players are going to have a field day with these new models as cultists in their lists for 40k as well…

Blood for the Blood God! And uh…Fresh Meat.