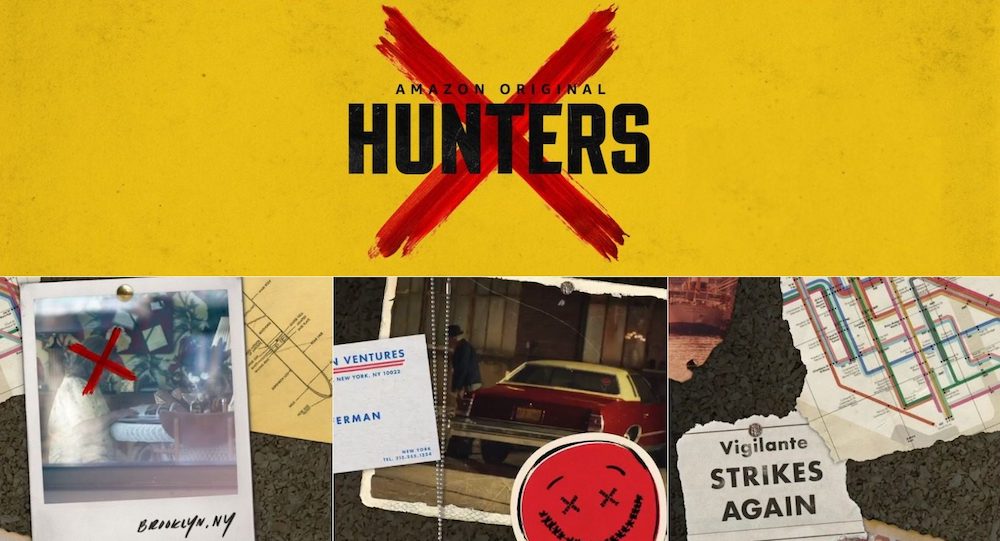 The first product of Jordan Peele’s contract with Amazon has a first trailer. It’s a story, rooted in history, of revenge, justice, and the grayness of morality. It’s also got a fantastic cast – Al Pacino (in his first ever streaming series role), and will also star Logan Lerman, Kate Mulvany, Carol Kane, Saul Rubinek and Dylan Baker. The story…

Inspired by true events, HUNTERS follows a diverse band of Nazi Hunters in 1977 New York City who discover that hundreds of escaped Nazis are living in America. And so, they do what any bad-ass vigilante squad would do: they set out on a bloody quest for revenge and justice. But they soon discover a far-reaching conspiracy and must race against time to thwart the Nazis’ new genocidal plans.

The ‘inspired by true events’ bit is a loose claim. Creator David Weil used the stories his grandmother, a Holocaust survivor, told him about Nazis and the war as his starting point. It also looks like he took a bit from the Nazi-hunting unit that was created by the Justice Department in the 1970s after it was discovered that war criminals were entering the US in significant numbers during the Cold War.

“It was such a strange and jarring thing to hear as a kid. I saw those stories as comic book stories, stories of grand good versus grand evil, and that became the lens through which I saw the Holocaust. It becomes this story that lives not in black and white, but in the gray and that murky morality. If we hunt these monsters, do we risk becoming them ourselves?”