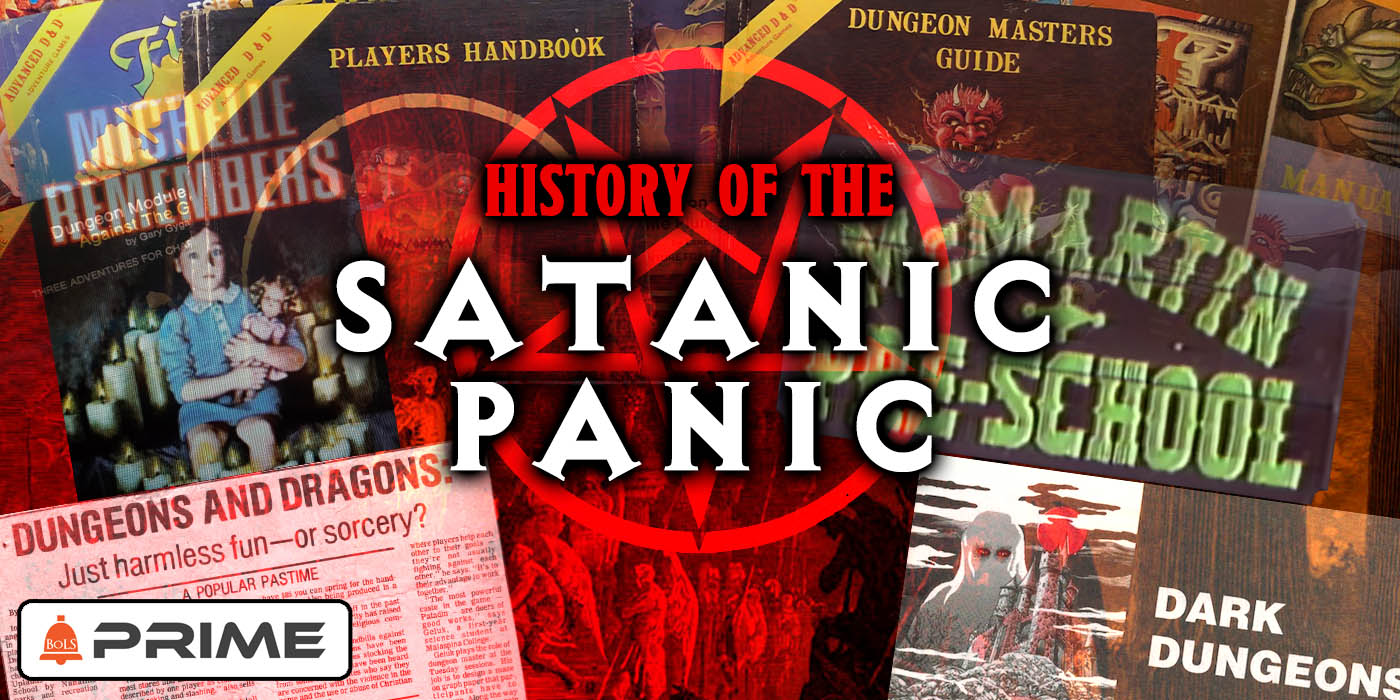 When Satanic Panic comes up in gaming circles it's usually as a joke about the overreaction to D&D in the 1980s - rediculous Chick Tracts and movies like Monsters and Mazes. The hysteria went beyond tabletop gaming, and what happened to some of the people swept up in it is truly terrifying.

Satanic Panic came to a pinnacle in the '80s, but to really understand why things got so out of control you have to dig back twenty years earlier to the emergence of anti-establishment counter-culture in the 1960s. The era brought in big challenges to the way sexuality, authority, spirituality, drug use, and other core societal ideals were seen; and what behavior was considered acceptable.

Origins - A Culture Clash
The decade also brought a new kind of violence to the forefront of society's consciousness - JFK's assassination, the Manson Family murders, and Edmund Kemper aka the Co-Ed Killer all made headlines and the national evening news.

The stage was set for Anton LaVey's Church of Satan, which emerged in 1966 in San Francisco; The Satanic Bible was published in 1969. The beliefs of the church are more in line with the Ragnar Redbeard's Might is Right than the devil-worshipping cults you see in horror movies, though. LaVey made a big show of hosting rituals in his home from the mid-'60s through the early-'70s - making the church infamous worldwide. He invited ...