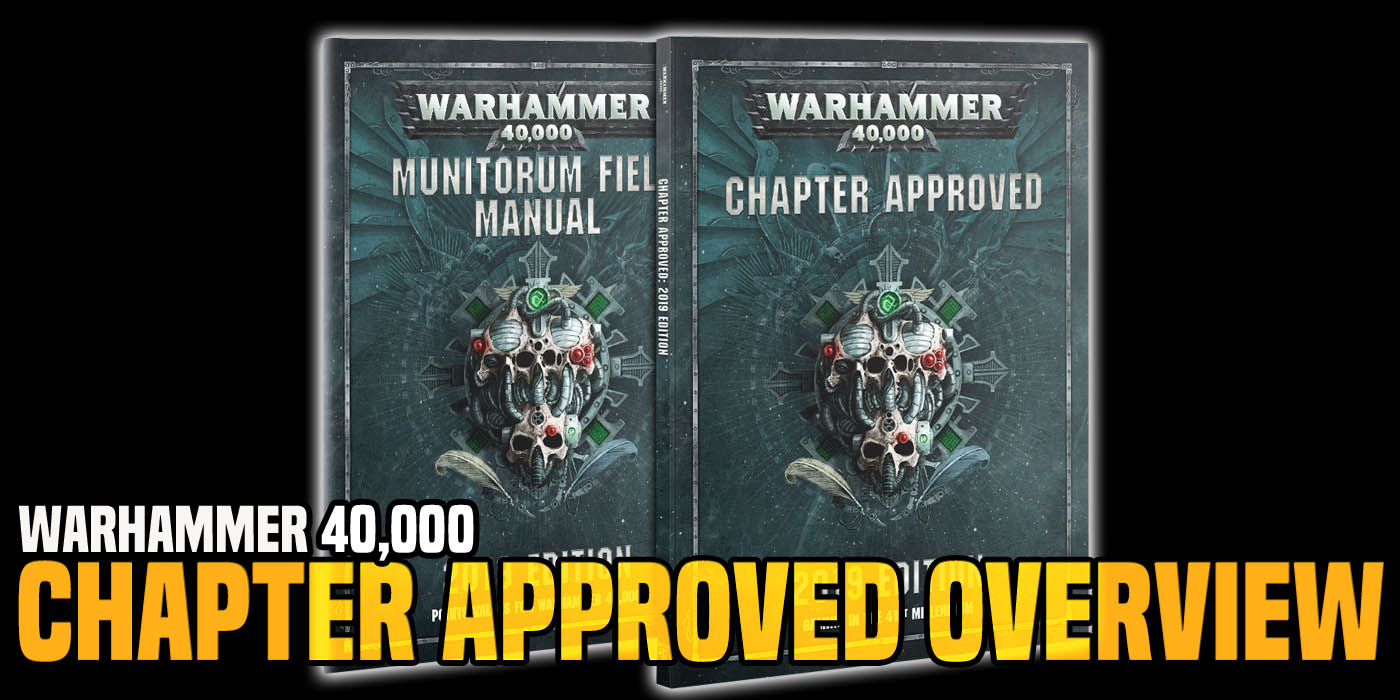 Want to know what’s in the new Chapter Approved 2019? Come take a look inside the covers with us! 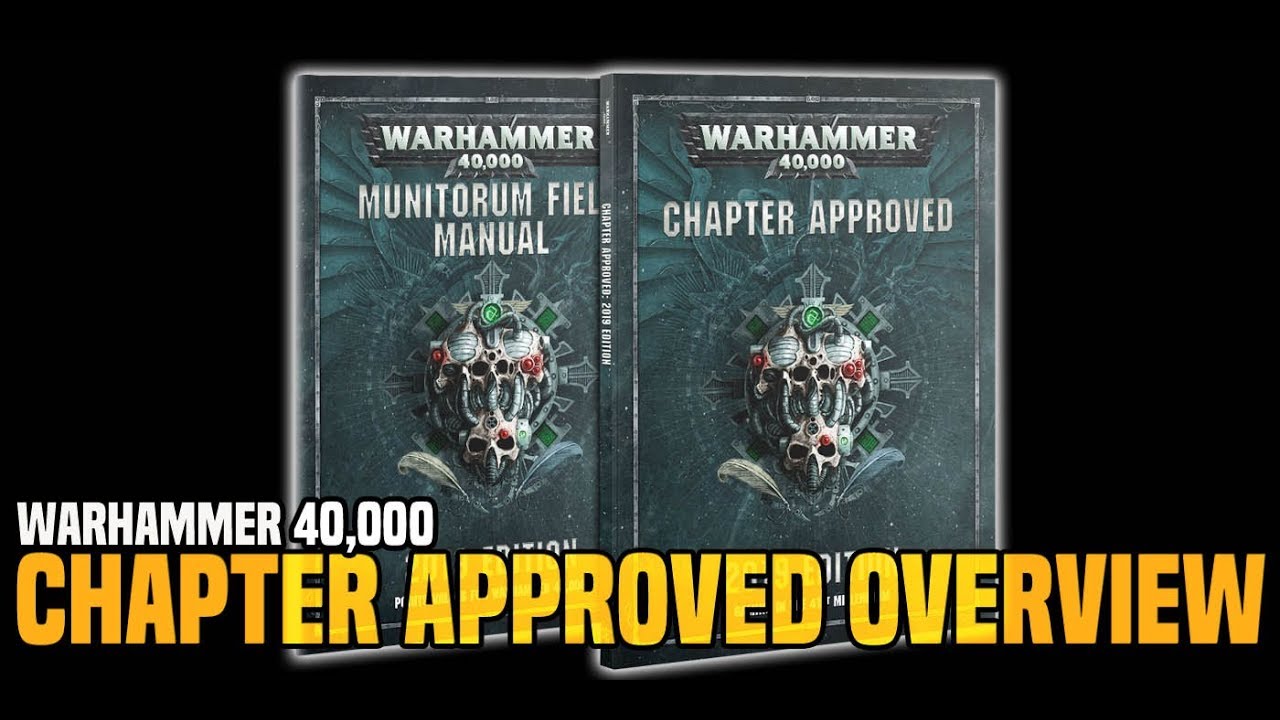 If you’re looking for all the points for all the armies – it’s in the Munitorum Field Manual. And we mean ALL the points. Every available unit currently supported in Matched Play is included in the Field Manual. That also means there are some things that have gone missing from Matched Play. We’ll have more on that later next week as we’re going to be discussing a deep-dive on that subject. But the Chapter Approved 2019 really is more than just a points update. 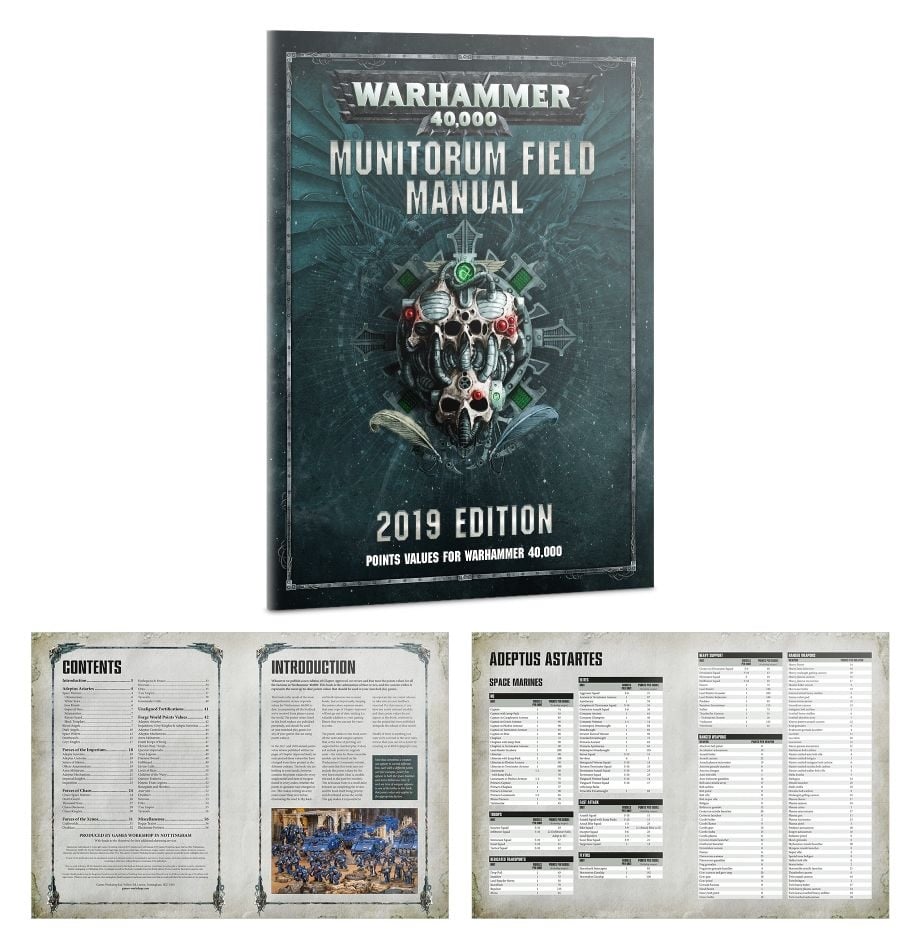 Seriously, all the points – in one spot.

Spearhead is all about vehicular combat – specifically Tanks! If you’re a Treadhead at heart, this mode is for you! Linked Games are ways for you to organize and run a series of games that will take you from Kill Team, to Standard 40k, to Apocalypse, and so much more. This ruleset is perfect for anyone who’s ever dreamed of having campaigns with multiple ways to play and multiple points levels.

Parallel Battles are exactly what they sound like. Picture this – one set of players is playing a Kill Team game while another is playing a large scale Apocalypse game. And on another table another group of players is playing a standard 40k game…But they are all interacting with each other’s games! That’s kind of the idea behind Parallel Battles. GW has created a framework for groups of anysize with players of any sized collection to be able to participate in big events – and it’s all linked! While some folks may have been doing this for years GW has put it in a Chapter Approved. It’s official now! 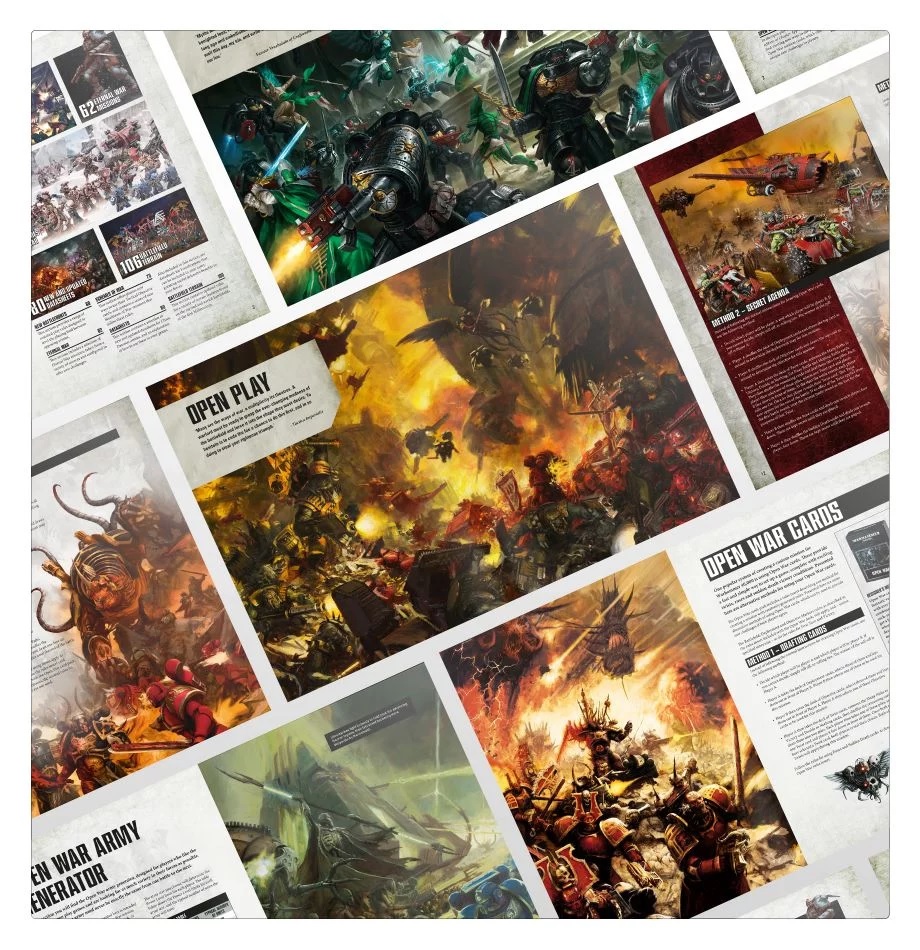 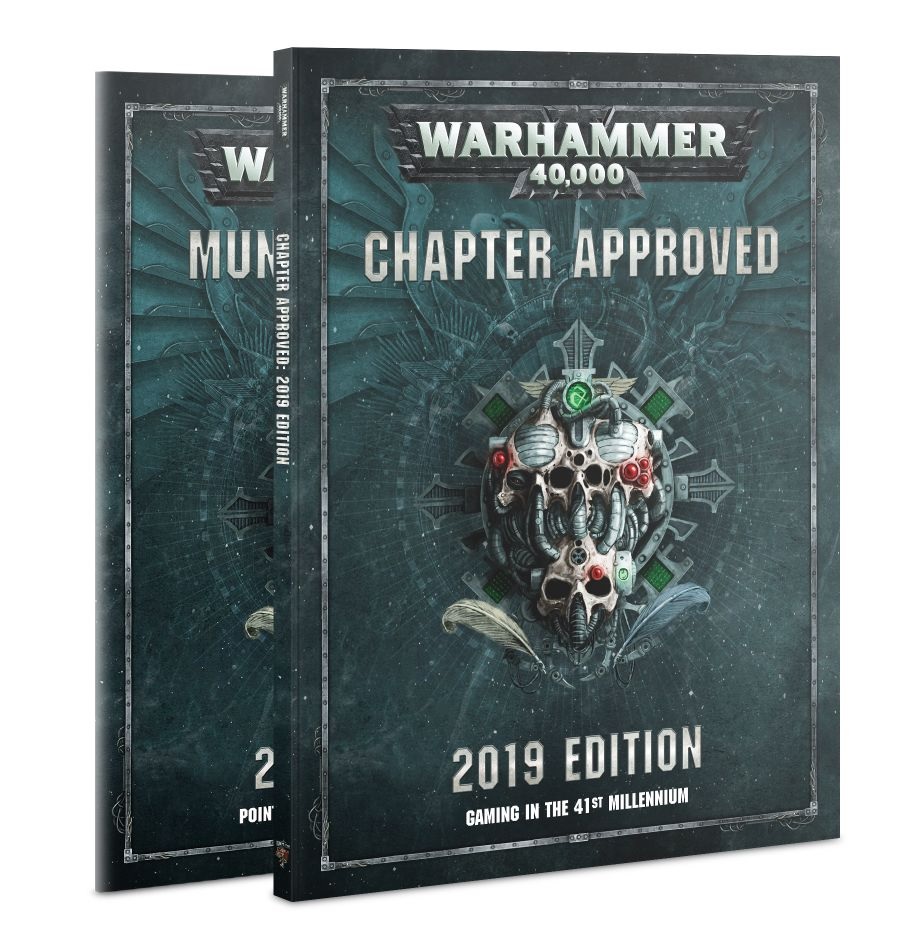 Chapter Approved 2019 is out for Pre-Order this weekend