Warhammer 40K: Faith And Fury – Masters Of Chapter And Litanies 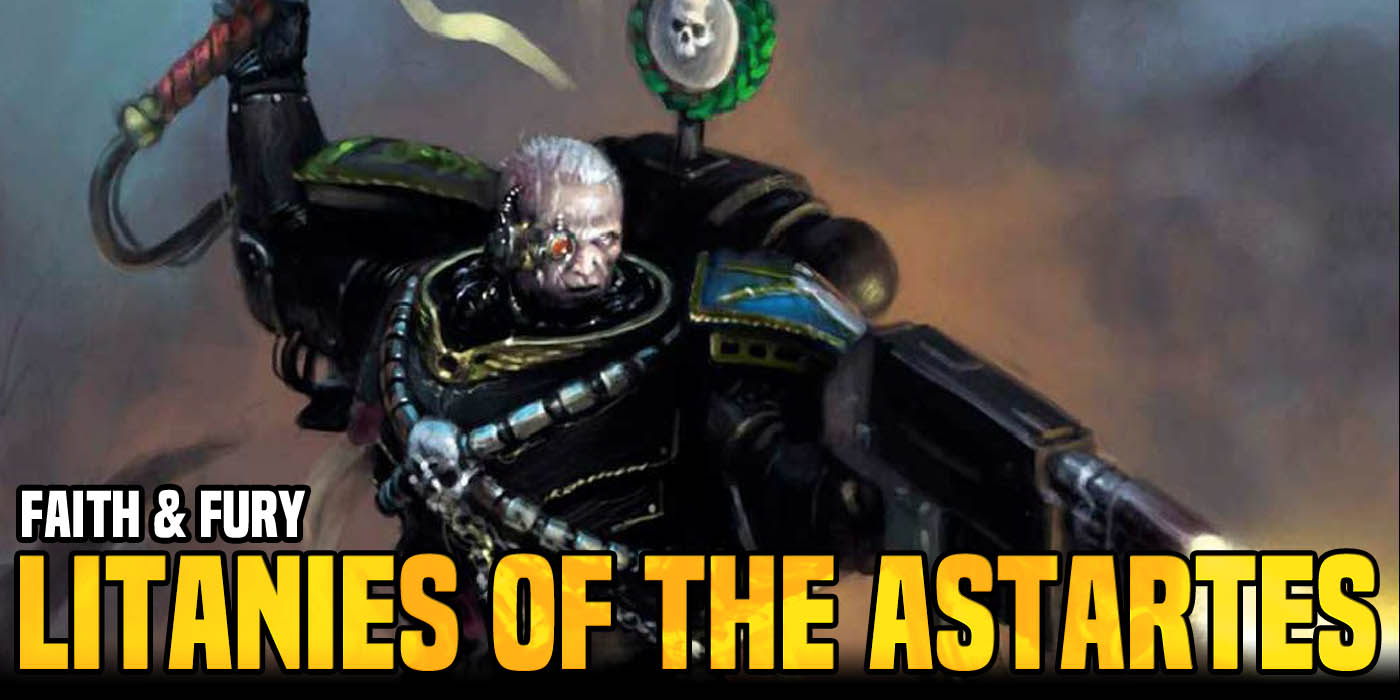 In the latest campaign book, all the Space Marines are bringing some Faith and Fury to the battlefield. Today we’re looking at some of the new rules.

Space Marines are the defenders of humanity, an ironic statement in the face of the fact that they’re giant supermutants who can spit poison and eat the brains of their foes to learn their secret knowledge–but though they are, bigger, stronger, and smarter than your average human (and thanks to the rubicon Primaris, they’re even biggerer than usual), they still need help getting fired up and inspired for battle. That’s where the Chaplains of the Space Marines come in. They have a litany for just about everything, and that’s what we’re looking at today! 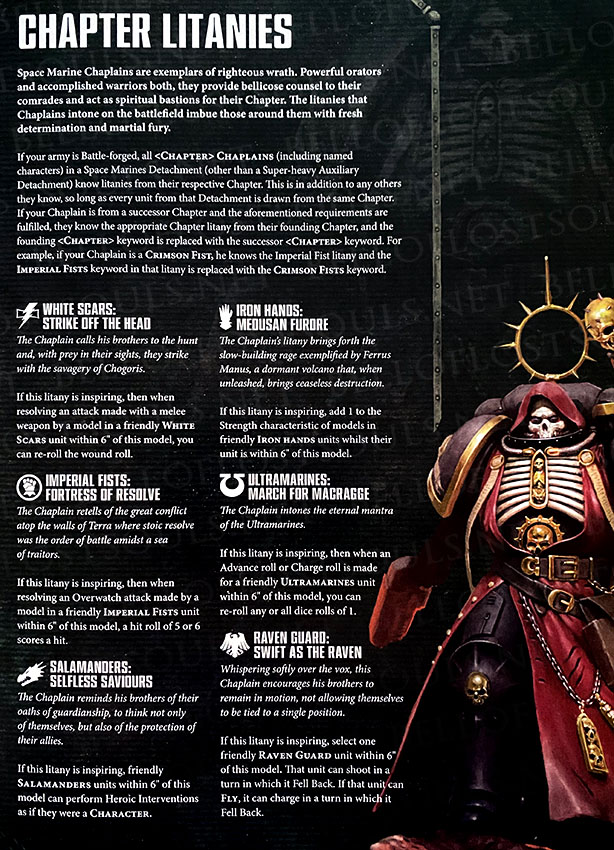 Each of these are a Chapter Specific Litany that embodies the characteristics of their, uh, specific…chapters. Look you get the idea, Raven Guard are Raven Guardier, Ultramarines get their favorite ability ever which is to reroll 1’s in various circumstances, Salamanders get to heroically intervene and Imperial Fists get to feel like they’re relevant for a little while. 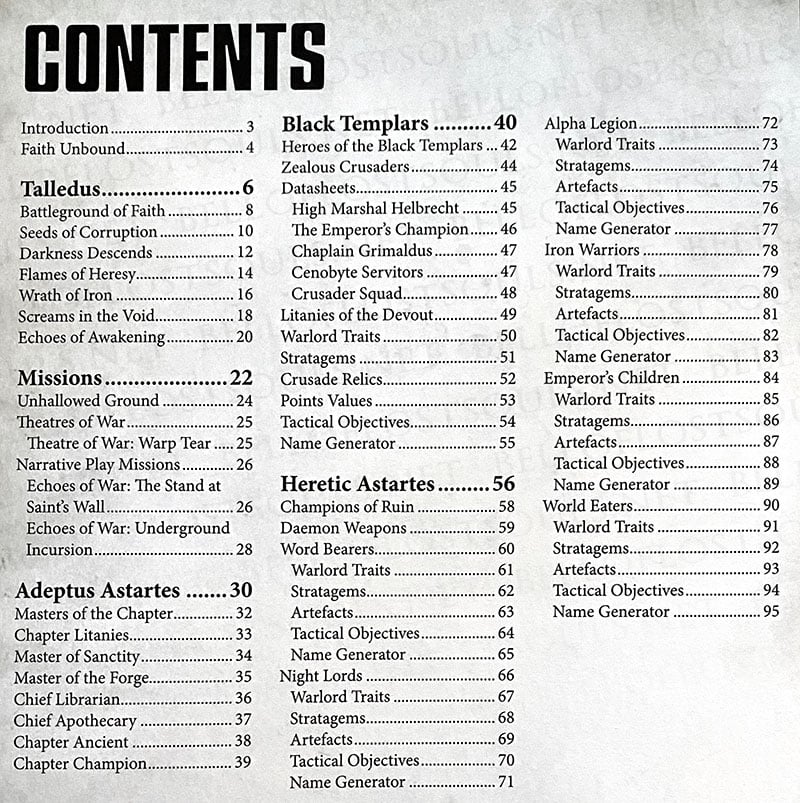 But Litanies aren’t the only thing in Faith and Fury. You’ll also find more masters of the Chapters, and we’ve got one to show off here, the new Chief Apothecary, who isn’t as I initially thought, a Chef Apothecary. Which one would ultimately be the better choice? I think the answer is clear, but let’s look at our chef friend anyway. 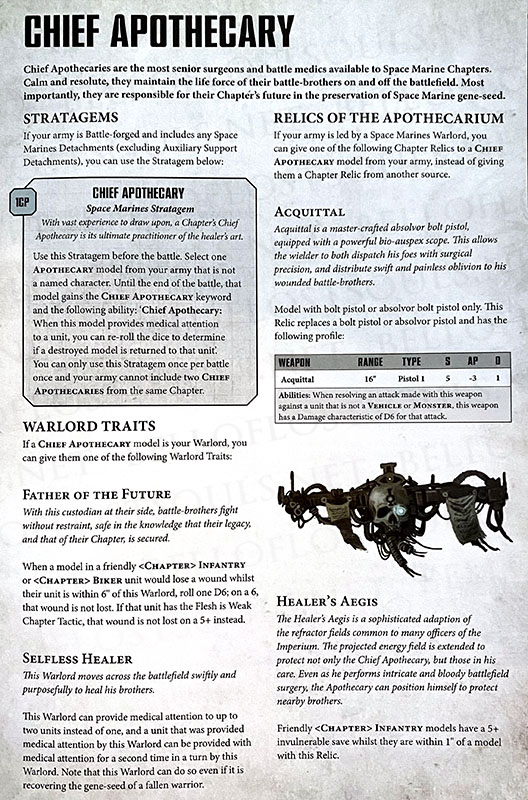 These are the most senior Apothecaries, and when you’re fielding one, you gain access to a special stratagem, as well as a unique selection of warlord traits and relics, giving you some tools to really customize your army. It’s like making your army into a mini faction all its own, basically.

What do you think of the rules? Let us know in the comments!