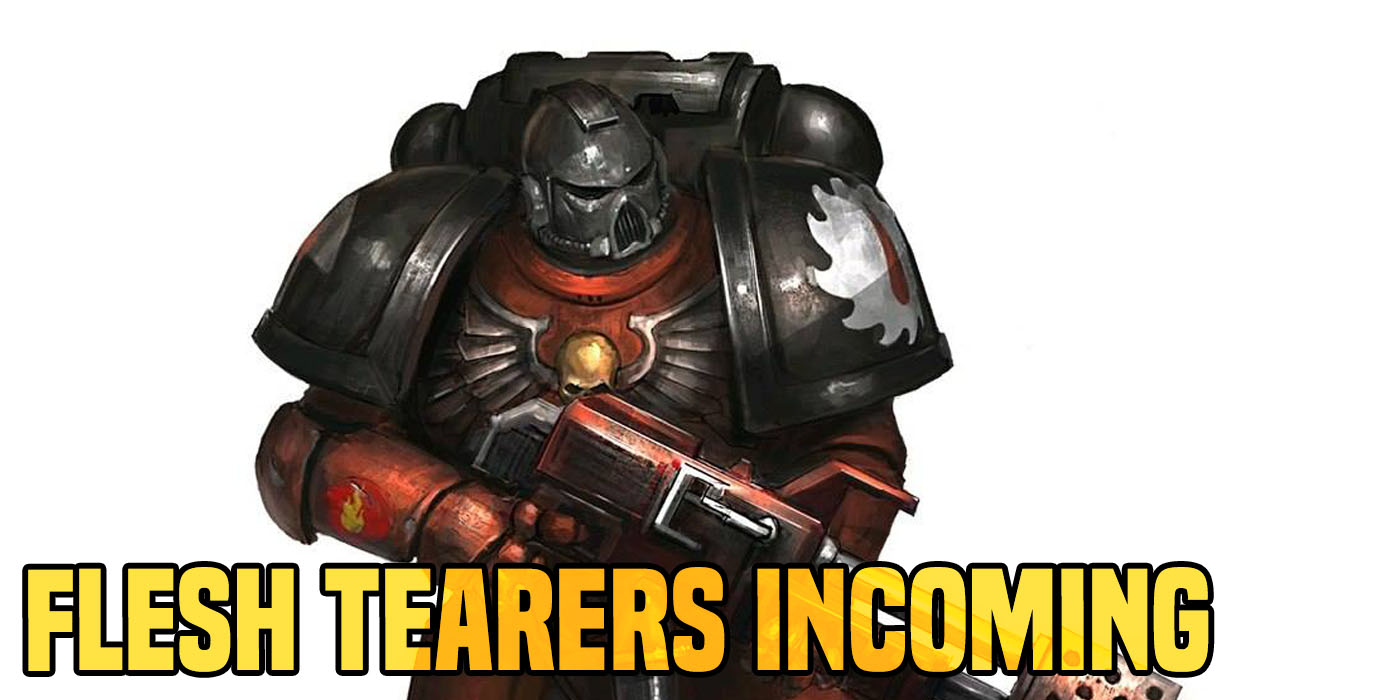 Everyone’s favorite Blood Angels successor chapter that rhymes with Mesh Wearers is getting an update in next month’s White Dwarf.

October might be in the past, but the spooky season is still here–because space vampires and just regular ghosts are coming in the next White Dwarf. We’ve seen updates like these before, these are the same articles that spawned the rules for the Crimson Fists and the Ynnari, later reprinted in hardback material. And now it looks like GW will be releasing new rules for the Flesh Tearers.

And Ghosts. What kind of ghosts? Well here’s a look at the back cover, just to give you a hint of some kind:

Big things are afoot in the Worlds of Warhammer. Seeing the Flesh Tearers with a bunch of rules might suggest an update is on the way for the Blood Angels Codex–the Crimson Fists appeared in White Dwarf, then got reprinted in the Imperial Fists Codex. It might give us a preview of what we can expect in the upcoming Blood of Baal box, which also seems like it’ll center around Blood Angels and the Tyranids.

These are the berserker Blood Angels, the ones most likely to experience the Black Rage and fall into the waking death that is the curse of the Blood Angels. What flavor of boost to assault units that means is anyone’s guess.

As for the Ghosts, it could go one of many ways–we could see a new AoS unit. It could be a new Warcry or Underworlds warband, or just some cool rules for playing with more ghosts. Either way, next month’s White Dwarf should have some exciting things for players of all the worlds of Warhammer (at least until the Old World comes back).

What do you think of the news? Looking forward to tearing some flesh? Let us know in the comments!

Author: J.R. Zambrano
Bell of Lost Souls Staff Writer and DM, J.R. covers RPGs of all stripes and on occasion eats sandwiches. You can ask him about either at [email protected]
Advertisement
Age of Sigmar Tabletop News Warhammer 40k White Dwarf
Advertisement

Warhammer 40K: Back To Baal